Year-end biopics and disease-of-the-week tearjerkers are arriving daily. The latest survival-against-odds saga to arrive from the film festival circuit (more are on the way) is Breathe, with a gallant performance by that wonderful and versatile young actor Andrew Garfield, recovering nicely from his money-making forays into the Spider-Man franchise and ready for serious roles, playing the brave, spirited British polio victim Robin Cavendish.

Cavendish was only 28 in 1959—a healthy, vital and privileged tea broker living in Kenya with a beautiful wife and a baby on the way when, in the middle of a game of tennis at the British Embassy in Nairobi, he collapsed and was unable to move. After a twinge of pain and one sleepless night, he was irreversibly paralyzed from the neck down, unable to speak, move, or breathe without an artificial respirator, and given only a short time to live. Confined to a hospital ward for the hopelessly disabled, with his promising future dashed against the rocks of despair, he sank into such a dark depression he couldn’t bear to look at his newborn son and whispered “I want to die” to anyone who would listen. One person who refused to listen was his incredibly beautiful and spirited wife Diana (played with incandescent charm and radiance by Claire Foy). Defying the possibility of death, it was Diana who ignored the doctors, took her husband home, and assumed the burden of caring for him herself, finding an inner resolve nobody knew she had.

Of course there were close calls. The baby’s puppy dog accidentally unplugs the electric cord to his breathing machine. And Diana’s twin brothers (the sensational Tom Hollander in dual roles as Bloggs and David Blacker) short-circuit the wiring, plunging Robin into a near-death respiratory crisis. But Cavendish miraculously survived every obstacle, recovered his joie de vivre and learned to make such remarkable progress that by 1970, with the aid of his friend Dr. Teddy Hall (Hugh Bonneville), an Oxford don and inventor, he helped devise a mobile respirator chair that enabled him to ride down the road in a van, enjoy outdoor costume parties, host Christmas dinners, live life in as normal a fashion as possible. He even flying to a holiday in Spain in a specially equipped plane. In one harrowing scene, the battery operated ventilator breaks down in an automobile accident and everyone takes turns pumping air into his lungs by hand until help arrives overnight from England.

It all seems terribly impossible—another example of how truth is stranger than fiction. But in time Cavendish became a role model for improving the lives of the handicapped everywhere, helping people learn to live outside the confines of hospital wards. With an unyielding determination to give a new lease on life to the disabled, he traveled to European countries to convince medical skeptics that times were changing. (One especially disturbing scene where he’s rolled through a sterile prison-like German hospital ward lined with walls of iron lungs containing living corpses marked for death is so harrowing it gave me nightmares.) The phases of Cavendish’s story are directed with great feeling by first-time director Andy Serkis from a screenplay by William Nicholson, and the film was produced by Jonathan Cavendish, the son of Robin and Diana, who insisted that it combine both the agony and triumph of his parents’ lives with their love story. As a result, everything about the story seems too rosy and upbeat to be entirely convincing. I won’t add any spoilers by revealing the last decisions Robin makes or how he orchestrates his final chapter, but in all honesty, I confess I feel the film as a whole lacks the emotional punch of Stephen Hawking’s struggle in The Theory of Everything. And given the limitations of his role, I can’t praise Andrew Garfield enough. For an actor who spends almost the entire movie lying flat on his back without moving anything except his lips and eyebrows, he’s remarkable, expressive and deeply moving without the usual sentimental overdrive.

Critics May Gush, but ‘Florida Project’ Is Near-Certain Box Office Risk
Smith Brothers’ Thriller ‘Walking Out’ Will Have You Glued to Your Seat
‘The Mountain Between Us’ Stars Separated by Miserable Lack of Chemistry
Justin Long Deserves Much Better Than Trite ‘Literally, Right Before Aaron’ 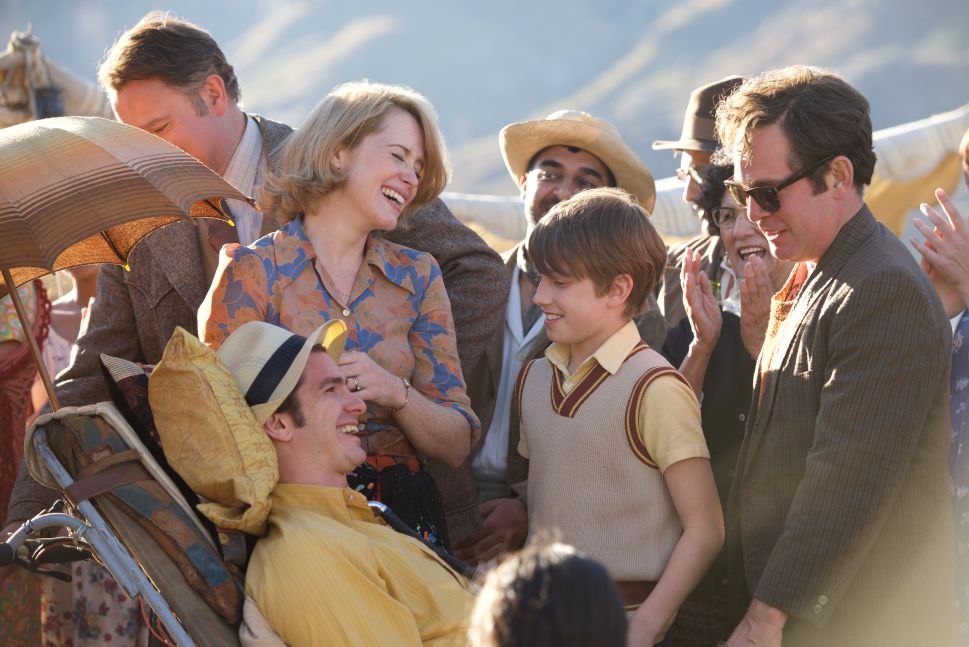