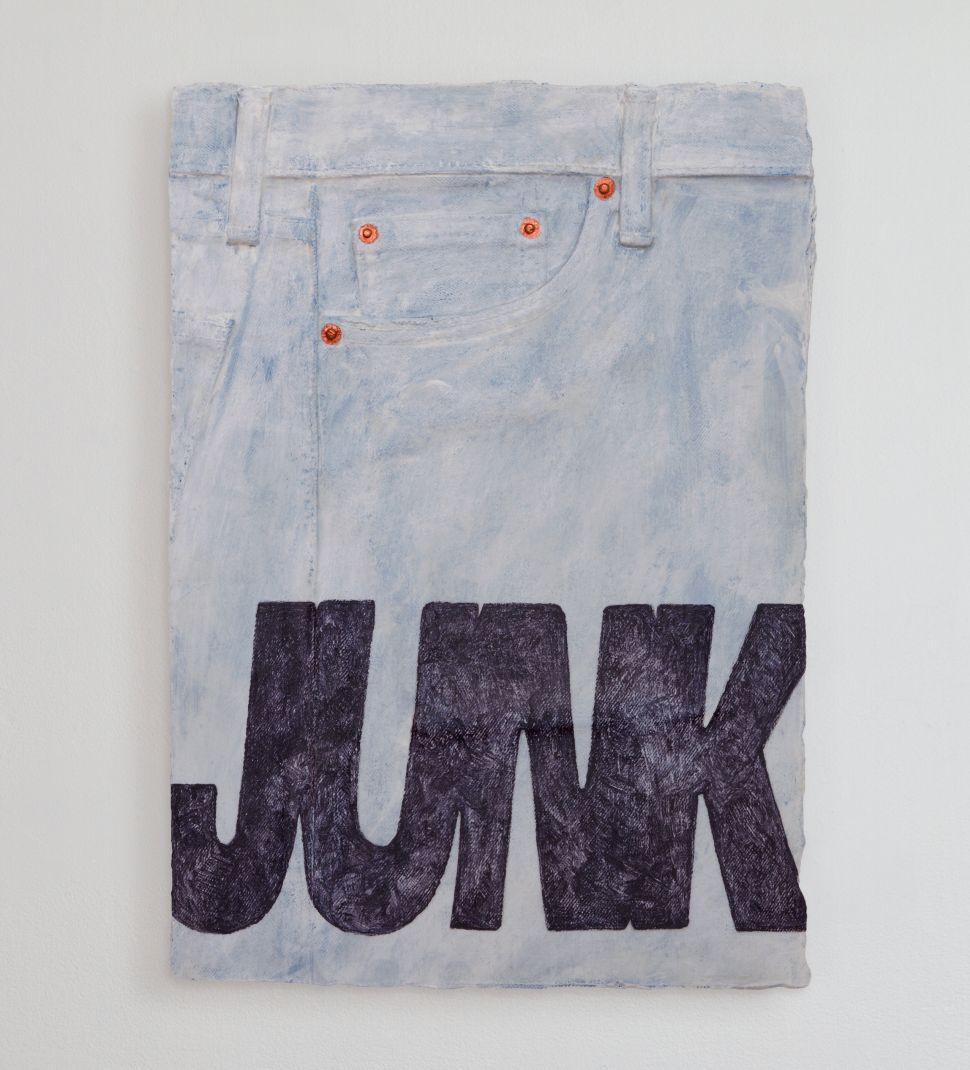 Few things seem as quintessentially American as a county fair, except maybe apple pie and baseball (at least one of which you might find at any given fair). For Anissa Mack, who grew up in rural Connecticut, she remembers the Durham Fair—the largest agricultural fair in the state—as an important social outlet, where community members competed for the best prize in idiosyncratic fields such as soap-making and basket-weaving. Now, as an artist, she sees her childhood experience of these fairs mirrored back at her in her professional life through the endless schedule of art fairs around the world.

This fall, The Aldrich Contemporary Art Museum in Ridgefield, Connecticut, presents Junk Kaleidoscope, an outgrowth of Mack’s earlier The Fair project. The Fair began when Mack entered all 73 craft categories at the Durham Fair, in which she had participated throughout her childhood. In 2006, she remade the project as The Fair (10th Anniversary Edition) by creating new entries for all of the craft categories available that year. On both occasions, the objects were displayed at the fairs and then presented in a commercial gallery, along with their winning ribbons.

For Junk Kaleidoscope, the artist has created a self-generated list of 70 classifications inspired by actual competition categories collected from various county and state fairs, as well as those of her own invention. On view through April 22, 2018, the exhibition explores artifacts, folklore, rituals and American vernacular traditions. Just after the show opened, Mack and Aldrich curator Amy Smith-Stewart sat down with Observer to talk about the gendered politics of craft, the personal and collective history of art making, and the culture of collecting. 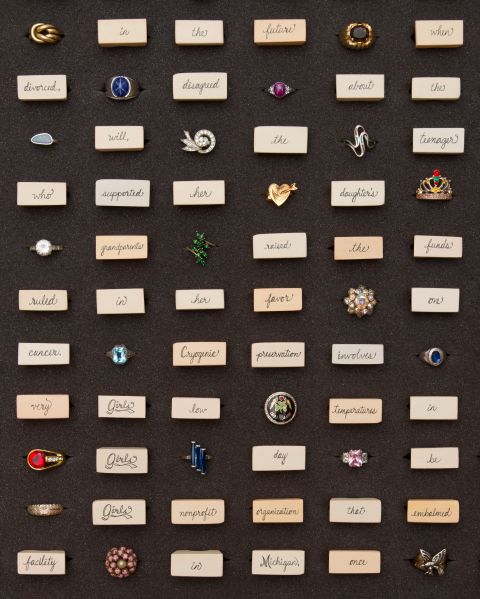 Do you feel county fairs, and how they operate, act as catalysts for creativity, or do they limit it?

Anissa Mack: Over the years, I have come to see fairs as strange and complex archives. Since they are re-created each year to cater to visitors’ desires for both the nostalgic and the new, they embody many of the tensions about American-ness and memory that are important to my work. At fairs I’ve attended across the country, the Youth or 4-H exhibits are reliably the best place to see amazing and smart objects that are singular in their creativity, despite what might seem like limiting categories, materials, or skill.

Amy Smith-Stewart: I think it’s also interesting to note that there’s a feminist bent to this ongoing project and I feel this is made particularly evident in Junk Kaleidoscope. It finds its strongest alignment with a well-established feminist strategy, one that evokes an alternative reading, interweaving a sidelined history. The objects included within the project spotlight “girl power,” which is in sync with the predominance of women who compete in the local fair. I feel that Mack might be proposing a feminist revision, stringing together loosely lost tales and contorted memories.

Anissa, when you were a kid, you actually participated in county fairs in Connecticut. What kind of categories did you compete in? What’s your best memory of them?

AM: When I was young, I exhibited at the Durham Fair almost every year in the Youth Department, which includes arts and crafts, baking, and horticulture. My sister and I were usually very last-minute in our entries, so we often had to repurpose art class projects or complete quick categories the day before the deadline. Soap carving was a perennial favorite, although one year I memorably entered my pet rooster and it won first place. 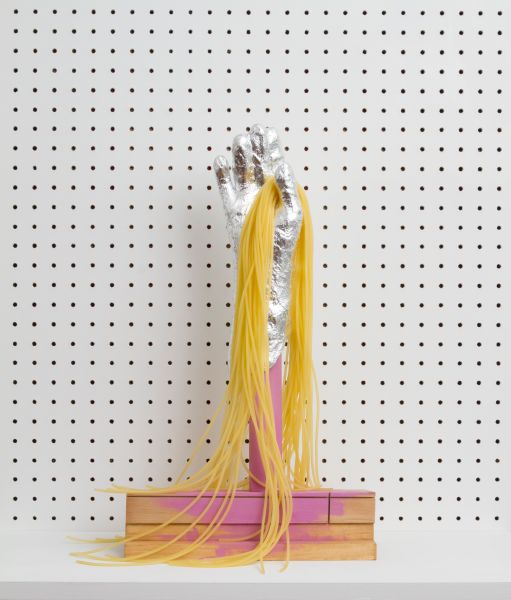 The list you created for Junk Kaleidsocope is comprised of actual arts and crafts categories culled from various county and state fairs, including the Durham Fair, as well as invented categories. What  kind of categories have you devised and what do these categories represent?

AM: The list of categories I created structures this exhibition, but also exists more importantly as a studio tool—outside of the process of showing work. The list is a mix of actual categories from fairs across the country (#1 Lamp, any size or style, #13 Ladies’ slacks, and #50 Seasonal or holiday item) and categories generated from found phrases, old titles, and possible pieces. (#15 Anonymous Americans, #31 His blue eyes, and #66 Cover version). My work is intentionally stylistically and materially varied, and has always mirrored the structure of a list. These new categories serve to reframe past work and highlight the relationships between pieces. In a very straightforward way, the list sets idiosyncratic limits that I can work against in the studio.

ASS: It’s a powerful performative tool and interpretative device that Anissa shares with the audience, enabling them to discern the implication behind her creations and their presentations. She’s effectively uniting two distant worlds—the local fair with its inclusive and democratic air (craft) and the high-art international marketplace with its exclusive, moneyed mandate. Channeling the works’ object-life, she challenges the static nature of the museum experience, enacting a selective re-hanging mid-way through the show’s duration with integral input from a committee of voluntary participants recruited via an invitation issued by the Aldrich. 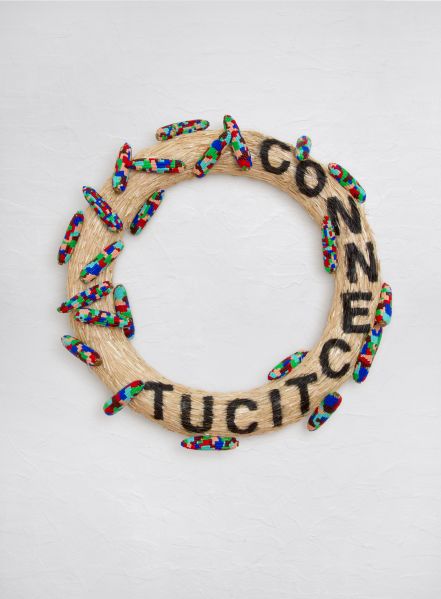 Amy, how do you think the meaning of a “fair”—both as a place of general cultural exchange and as a system that permeates the art world now—change within the context of an institution?

ASS: The collaborative effort poses a valuable educational “reveal” and an opportunity to make transparent a behind-the-scenes process that rarely involves members of the audience. In doing so, Anissa moves fluidly between artist and maker, curator and educator, in order to interrogate how, with the circulation of objects from the fair to the marketplace, from the institution to the home, they become reincarnated, as new meanings surface with dramatic swings in context. 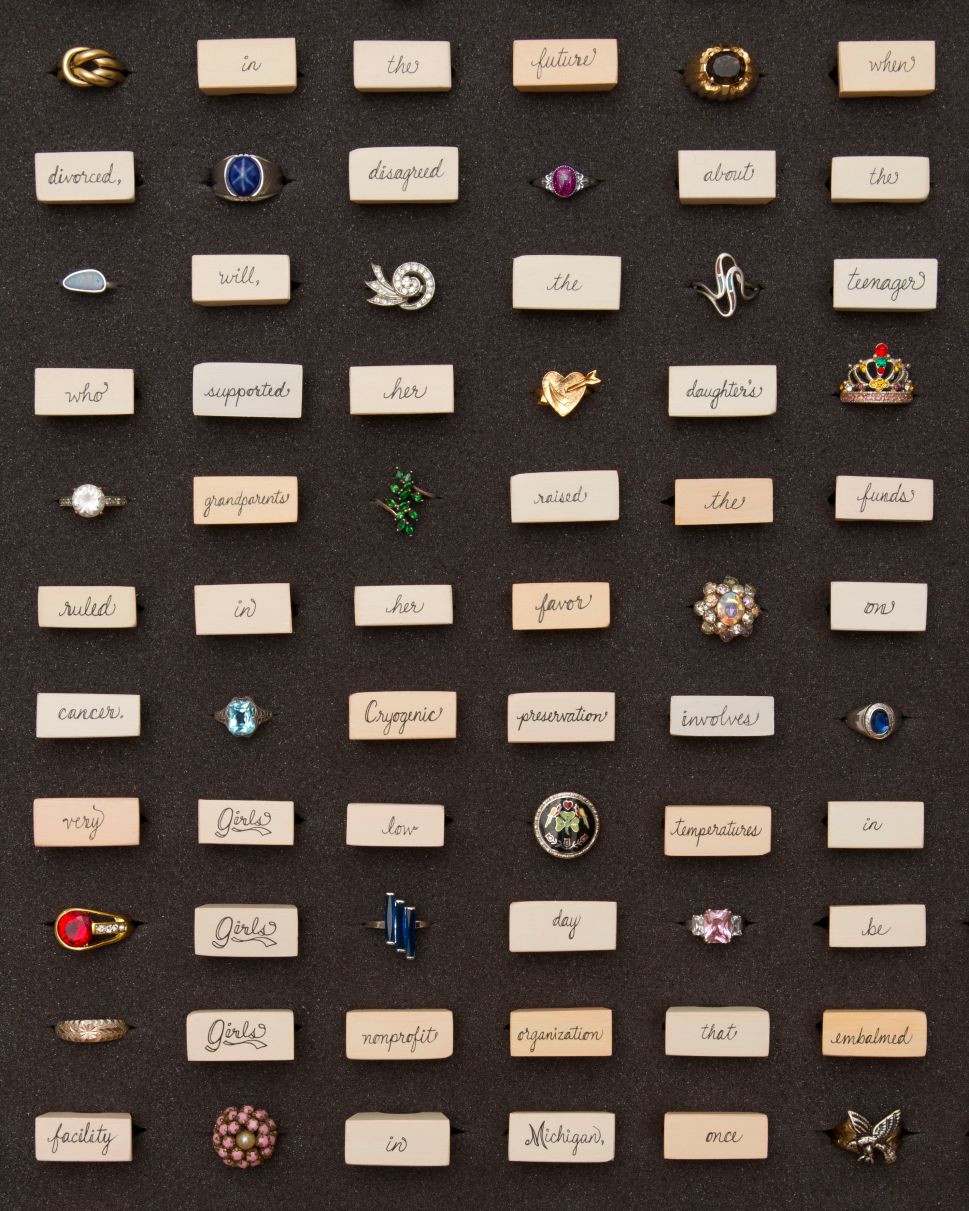