The New Jersey governor’s race has taken over the airwaves, mostly with competing attack ads from the two-major party candidates and their supporters. With a little more than a month before Election Day, the campaigns, national groups and a union-supported super PAC are waging a multimillion-dollar battle to sway the large bloc of voters still up for grabs.

Murphy’s message has been simple, said Matthew Hale, a political science professor at Seton Hall University. “It’s that Kim Guadagno is Chris Christie’s third term and we don’t want that,” he said Friday.

Guadagno’s ads are somewhat more complicated, Hale said, as they attack Murphy’s plan to raise some taxes, promise to lower property taxes and pledge an audit of state government to root out waste, fraud and abuse.

“That’s three separate pieces of information,” Hale said. “I thought Murphy’s ad had one message, and I think in a 30-second ad when four in 10 voters don’t know either candidate, the shorter the better, the simpler the better.”

The campaigns and other buyers declined to say how much they spent, and for the most part declined to say whether the ads are running on broadcast networks, where a single ad buy can cost millions of dollars, or cable, which is less expensive. Guadagno and Murphy both sought public funding, which means their total spending on the race is capped at $13.8 million each.

Here’s a look at some of the ads.

Guadagno fired the first shots in the general election air war, launching two TV spots two weeks ago. One repeats a familiar campaign promise to slash property taxes for homeowners and another attacks Murphy for saying openly that he would raise taxes on the rich and large businesses.

She put out a new ad Friday that ties all these pieces together. Standing in front of a suburban home, Guadagno says New Jersey families are struggling to pay their property tax bills, which is “why I developed a plan to audit Trenton for the first time in decades, and use the money we save to cut your property taxes,” she says in the 30-second spot.

“That’s the difference between Phil Murphy and me,” Guadagno says. “He’s already said he will raise your taxes.”

She then mentions “higher sales taxes,” but Murphy’s tax plan does not include an increase to the sales tax. A Guadagno spokesman declined to give details on the ad buy.

The Murphy campaign’s first and only ad so far links Guadagno to Christie. The 30-second spot attacks the Christie administration over school funding cuts and corporate tax breaks, and warns Guadagno would bring “four more years of the same old playbook.” In the spot, someone on a computer with an apparent copy of that playbook deletes Christie’s name from it and pastes in Guadagno’s name.

The ad claims Christie’s underfunding of the school funding formula had the effect of “driving up property taxes” in New Jersey. While that may be the case in some parts of the state,  a shortage in state aid does not automatically result in higher property tax bills.

The targeted ad campaign will run statewide on cable TV, video on-demand and online, according to a Murphy campaign official, who declined to say how much was spent.

“Back in the ” by the Committee to Build the Economy

Guadagno would be a bad sequel to what was an awful movie — “Christie” — according to a commercial from a union-backed super PAC. Like a movie trailer for “Jaws,” the opening shot starts under the ocean and gets closer and closer to the beach until, suddenly, it’s Christie … lounging on his beach chair, hanging out with Guadagno.

“Just when you thought it was safe to go back in the , here comes Christie, the sequel!” a male voiceover says. “That’s what Kim Guadagno will be — four more years of the worst movie New Jersey has ever seen.”

The 30-second ad is from the Committee to Build the Economy, a super PAC that has raked in $1 million from groups tied to the New Jersey Education Association, Unite Here! and Laborers’ International Union of North America. A spokesman for CBE said the super PAC made a “robust buy on cable,” but didn’t give more details.

“Loaded and Liberal” by the Republican Governors Association

The RGA has put up two ads so far that attack Murphy over his personal wealth and policy proposals, such as tax increases and a $15 per hour minimum wage. The national group’s first ad portrays Murphy as oblivious to New Jersey’s notoriously high taxes. It features a photo of him a tuxedo next to money bags. An earlier shot of a “Welcome to New Jersey” road sign seems to imply he knows little about the state he’s seeking to lead.

The 15-second spot is running in the New York City media market on both broadcast and cable, RGA spokesman Jon Thompson said last month. He declined to say how much money the national group spent on the ad buy. 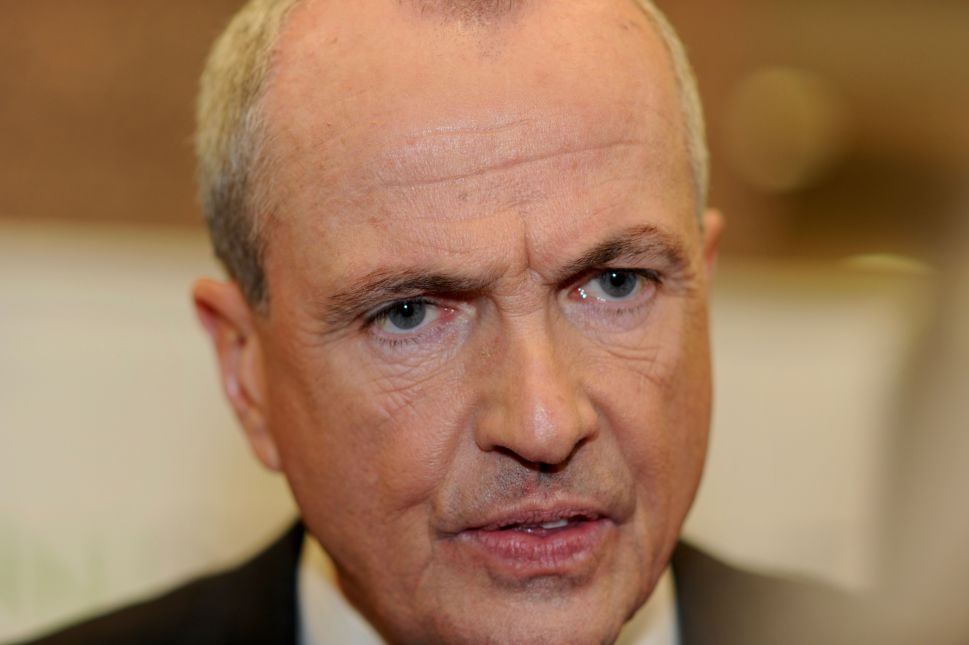