“You must really like this car,” my wife said.

“Because you’re driving the way you always criticize everyone else for driving.”

She meant weaving in and out of lanes, accelerating into near-tailgate situations, waiting a little too long to get into the exit lane. Guilty as charged. I was driving 10-15 percent more risky than usual. And yes, I did like that car. I had in my power the 2018 Audi S4. That Euro-rig was smokin’.

The Audi S4 is not a large car, no bigger than the average Honda Accord, but it contains a V8 3-liter engine that gets 354 horsepower. Other than some minor tweaks, it’s the same engine that Porsche puts in the Panamera. It’s the neutron bomb.

Everything about the car was cool. The interior, all “Magma Red” leather, had an angry, competitive feel. The all-wheel drive, adaptive damping suspension, “Sport” rear differential, and bright-ride brake calipers supported that feeling. The S4 drove relentlessly. Some cars make you feel like you really know how to drive, even if you don’t. This one made me into a savvy, zippy roadmaster. I know some Audi enthusiasts, and if they can’t get enthusiastic about this thing, they are dead inside. The new S4 is prime Audi.

Where I live, in an area of daring freeway merges and mandatory three-lane cross situations, it’s handy to have such a weapon. Texas likes putting its residents in extreme danger all the time. Normally, I have to tread very carefully if I want to come home from the grocery store alive. With the Audi, all it took was a quick check of the side mirror, a hard push on the pedal, a light side-steer, and I roared into traffic untouched. It was everything I hate in other drives. I had become my own enemy.

And yet, surprisingly, the car also felt very safe. For years, Audi has lagged behind its upper-middle-class competitors like Mercedes and Lexus in terms of robot-car functions. While Mercedes were learning to drive themselves, Audi was sucking wind on the VW diesel scandal. But it had been a couple of years since I’d gotten into one. I was excited to find that this was the year Audi’s robots caught the field.

Knowing how to use a modern Adaptive Cruise Control system, especially in heavy freeway traffic, is pretty much essential to effective defensive driving. The S4 had a lane assist that was so strong, it was almost annoying. When the robot was activated, it changed lanes, by itself, with the flick of a turn signal. It had a variety of follow distances, allowing you to drive tight or loose, depending on the situation. While I didn’t have to test the Brake Assist, it’s there. When I had the robot driver turned on, and the car did brake, it braked hard. It stopped decisively, like a pound on the podium.

But these are not normal times to be reviewing a $65,000 high-powered sports sedan. Five to seven years ago, this car would have been considered the peak of the consumer automotive ladder. That’s no coincidence. The conception-to-production life cycle of a car is, in fact, about five to seven years. But let’s look five years in the future.

General Motors just announced that by 2023, it will no longer produce gas-powered cars. Audi, BMW, and Mercedes are all getting ready to introduce full lines of electric luxury vehicles. Most importantly, this month, October 2017, is the month that will transform cars forever, as the Tesla Model 3 releases into the wild. Soon, there will be hundreds of thousands of awesome electric sedans on the road.

In a world shaped thusly, the S4, which gets 24 MPG combined and has an annual fuel cost of $1750, feels like an indulgence, a deliberate afterthought, the end of the line, a guzzling punchline. It may seem hard to believe when you’re trapped on the BQE or I70 or the parking lot at the new mall village or wherever, but the system is getting an upgrade, and soon. The last days of the dinosaurs produced some glorious creatures, and the same is true of the final years of combustion engines. The Audi S4 is a great car. But soon enough, the electric comet will hit, and it will go extinct.

Mercedes G550: A Tank That Needs a Lot of Attention
There Are Only 2 Problems With Bentley’s Continental V8 Convertible
As an Electric Car, BMW’s i8 Is Already Out of Date 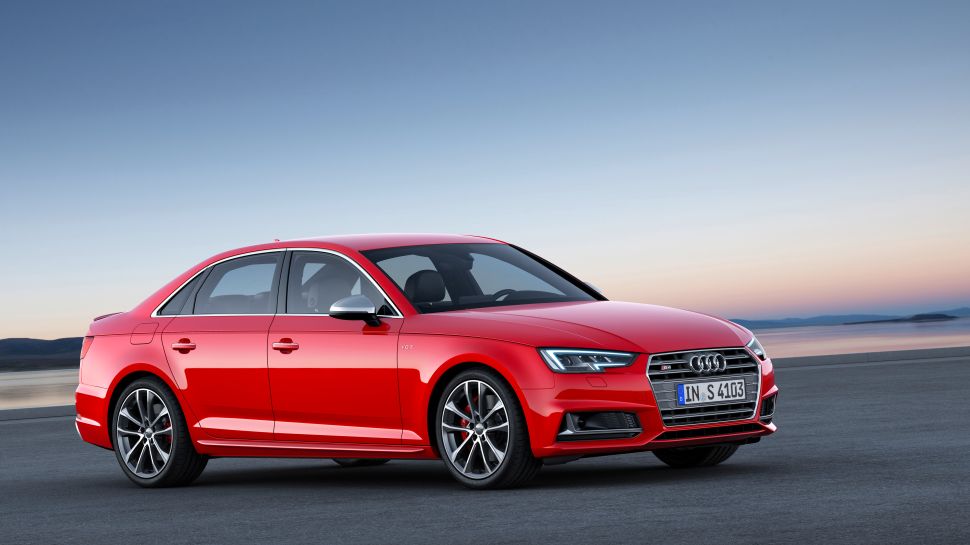