Ava DuVernay is the first black female director to helm a $100 million movie thanks to Disney’s A Wrinkle in Time, arriving in early 2018. Unfortunately, that means the film’s success or failure may effect how studios approach hiring going forward. Hollywood’s biggest stars love to preach progressiveness, but the behind the scenes mechanics are still woefully outdated. Hopefully, the movie is as warmly received as its first trailer was and we start seeing more minorities behind the cameras of big deal projects.

But DuVernay isn’t convinced this film will be for everyone. In fact, she’s worried mainstream audiences may not connect with the material.

DuVernay’s previous films, the Oscar nominated Selma and documentary 13th, have both dealt with black culture and issues facing African Americans. She notes that A Wrinkle in Time puts the fate of the world in the hands of a black protagonist (Meg, played by actress Storm Reid).

DuVernay added that she wasn’t nearly as worried about the general reception of her two previous films and expressed concern about the unfamiliarity moviegoers have with world-building done from a female point of view.

“When I’m told, ‘Create a planet,’ my planet is going to look different from my white male counterparts’ planet, which we’ve seen 97 percent of the time, so you’re used to seeing this, that,” she said. “Is this going to be as fallible, as interesting, as intriguing? These are all questions that we’ve only barely been able to ask with Patty Jenkins’ great work in ‘Wonder Woman.’ What do worlds through a woman visionary’s lens even look like?”

A Wrinkle in Time is based on the 1962 novel of the same name. The film has put together a stellar cast that includes Reid, Oprah Winfrey, Reese Witherspoon, Mindy Kaling, Zach Galfianakis and Chris Pine. It will arrive in theaters on March 9. 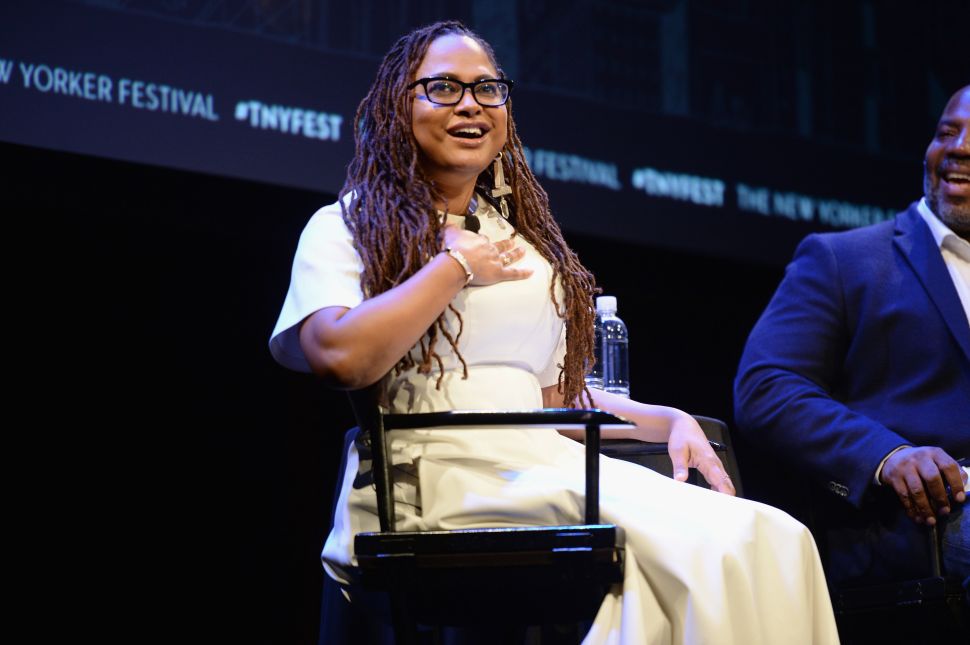