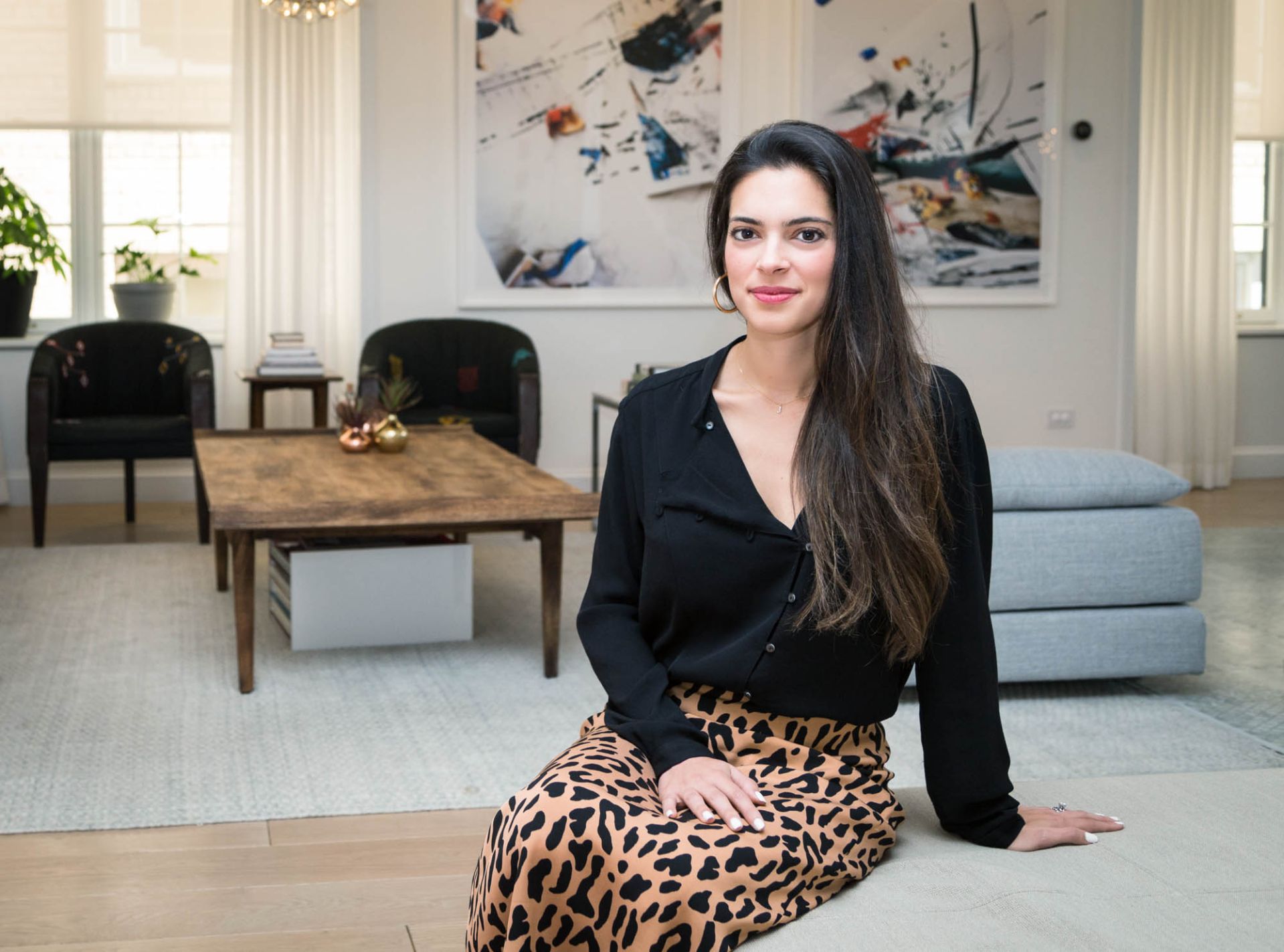 Alexandra Bonetti Perez is the founder of the model-approved workout class Bari. Scroll through to see inside her spotless, stylish Gramercy apartment.
Kaitlyn Flannagan for Observer 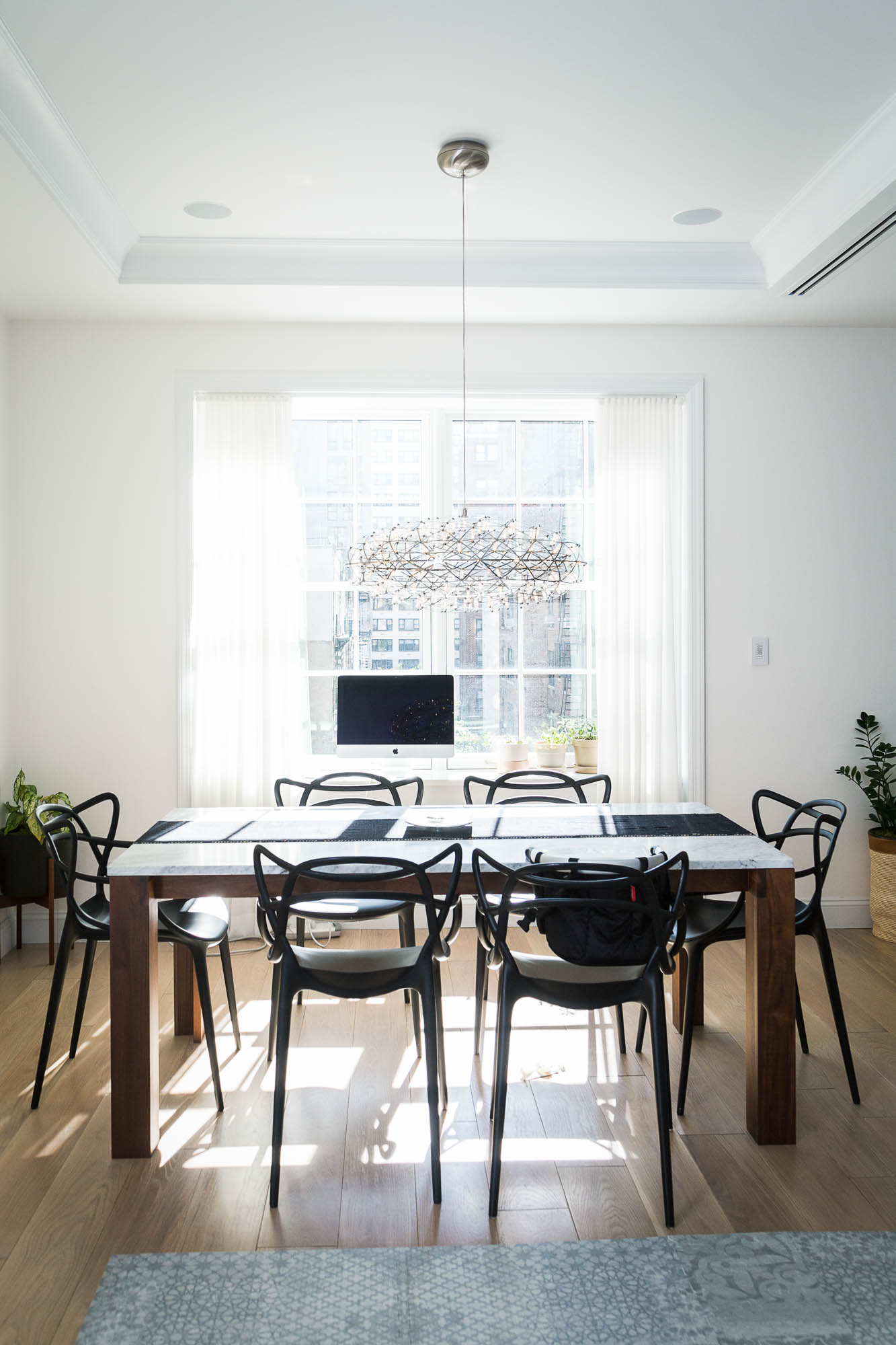 She lives in a two-bedroom apartment in Gramercy Park.
Kaitlyn Flannagan for Observer 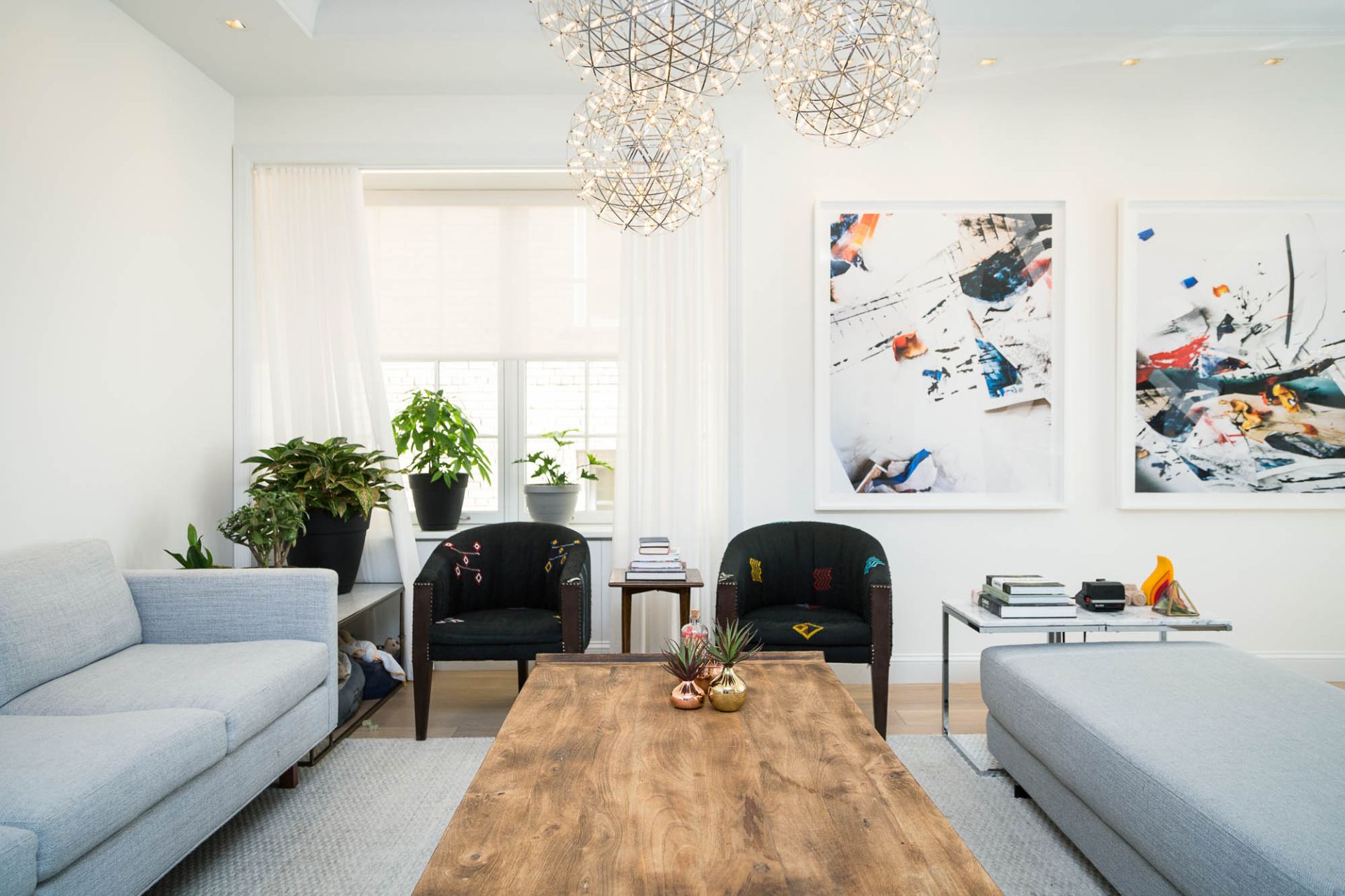 She entirely gut renovated the home before moving in.
Kaitlyn Flannagan for Observer 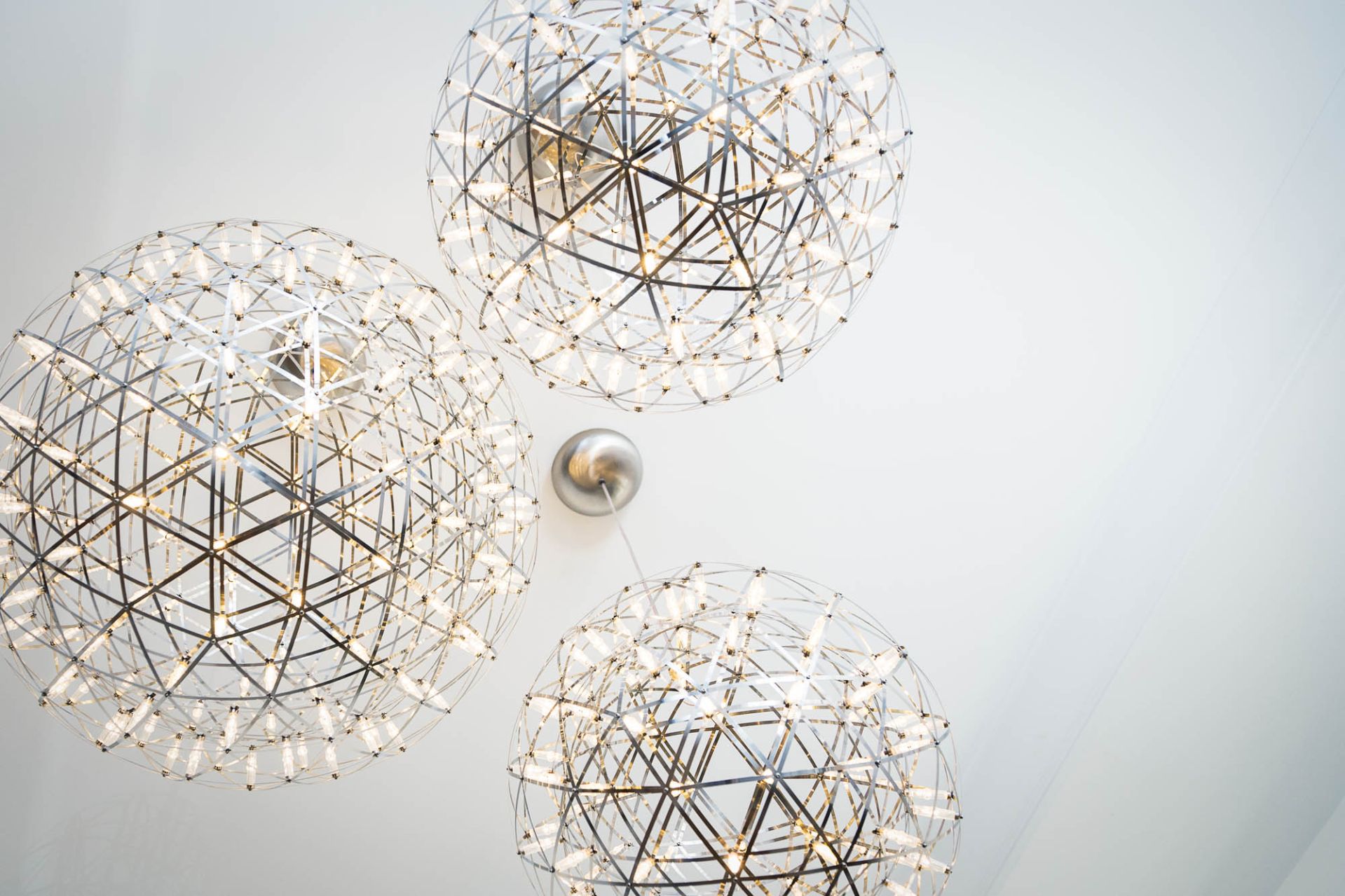 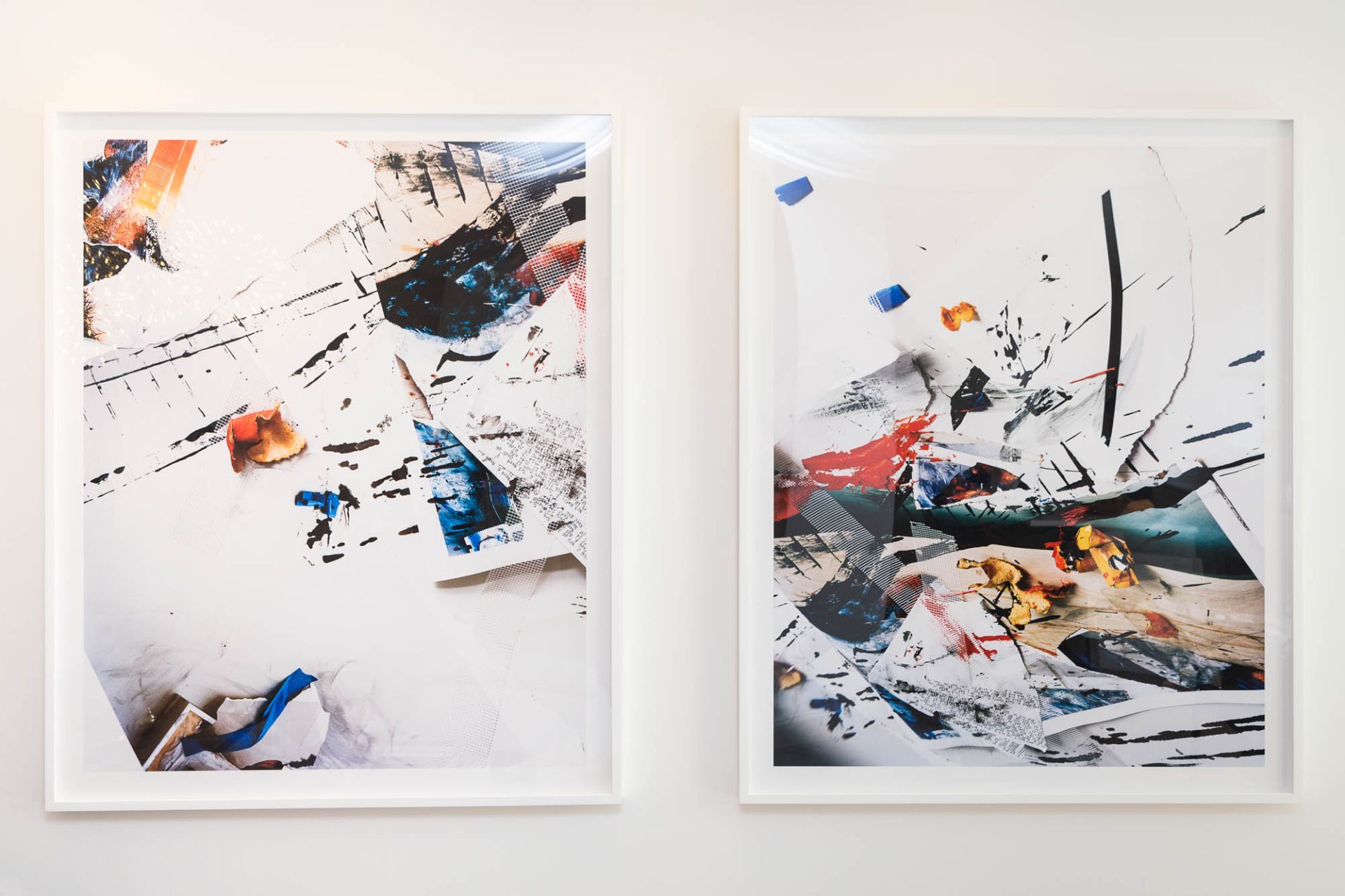 These photos are by Xavier Luján.
Kaitlyn Flannagan for Observer 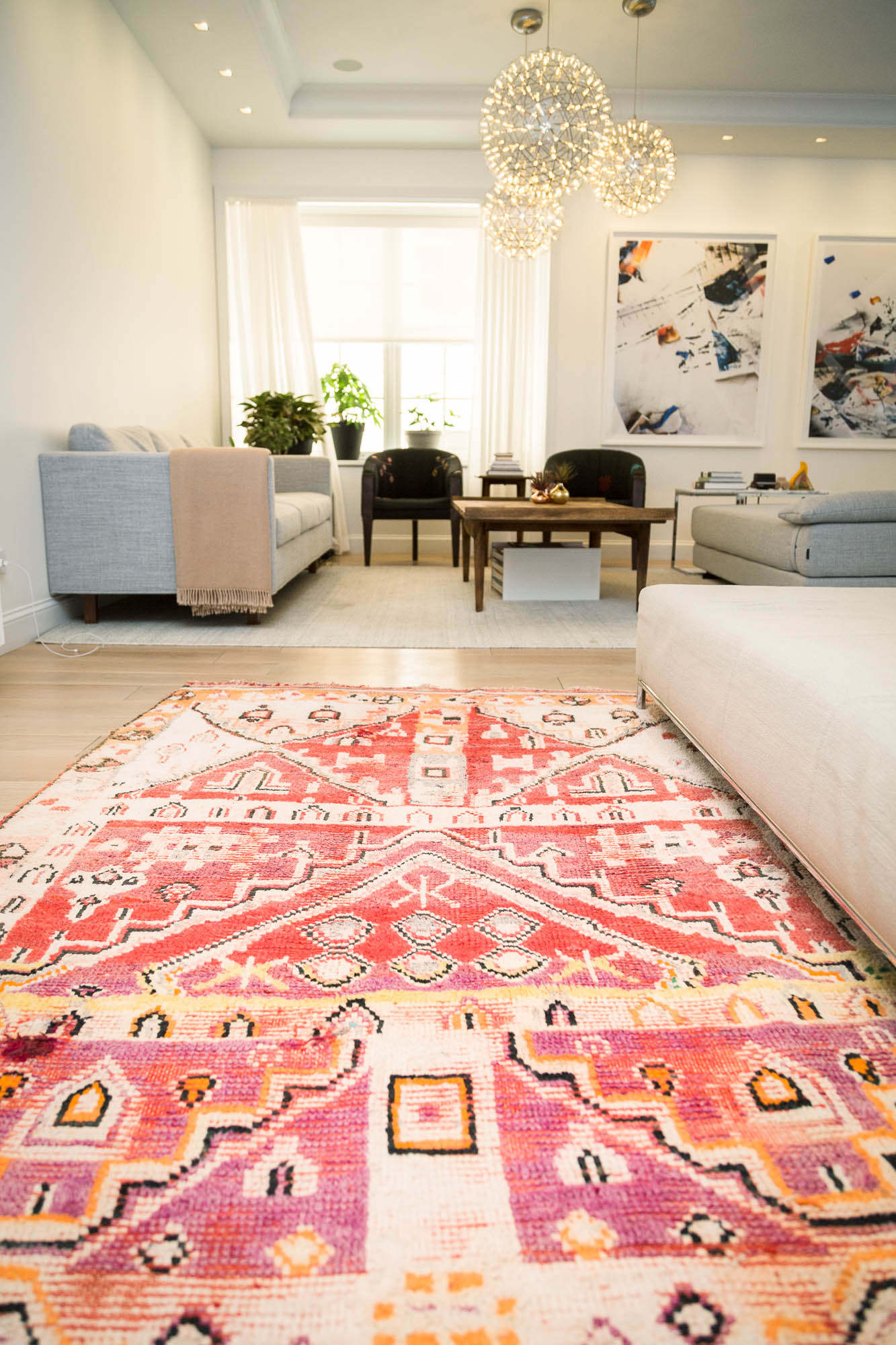 Her favorite piece in the apartment is this rug.
Kaitlyn Flannagan for Observer 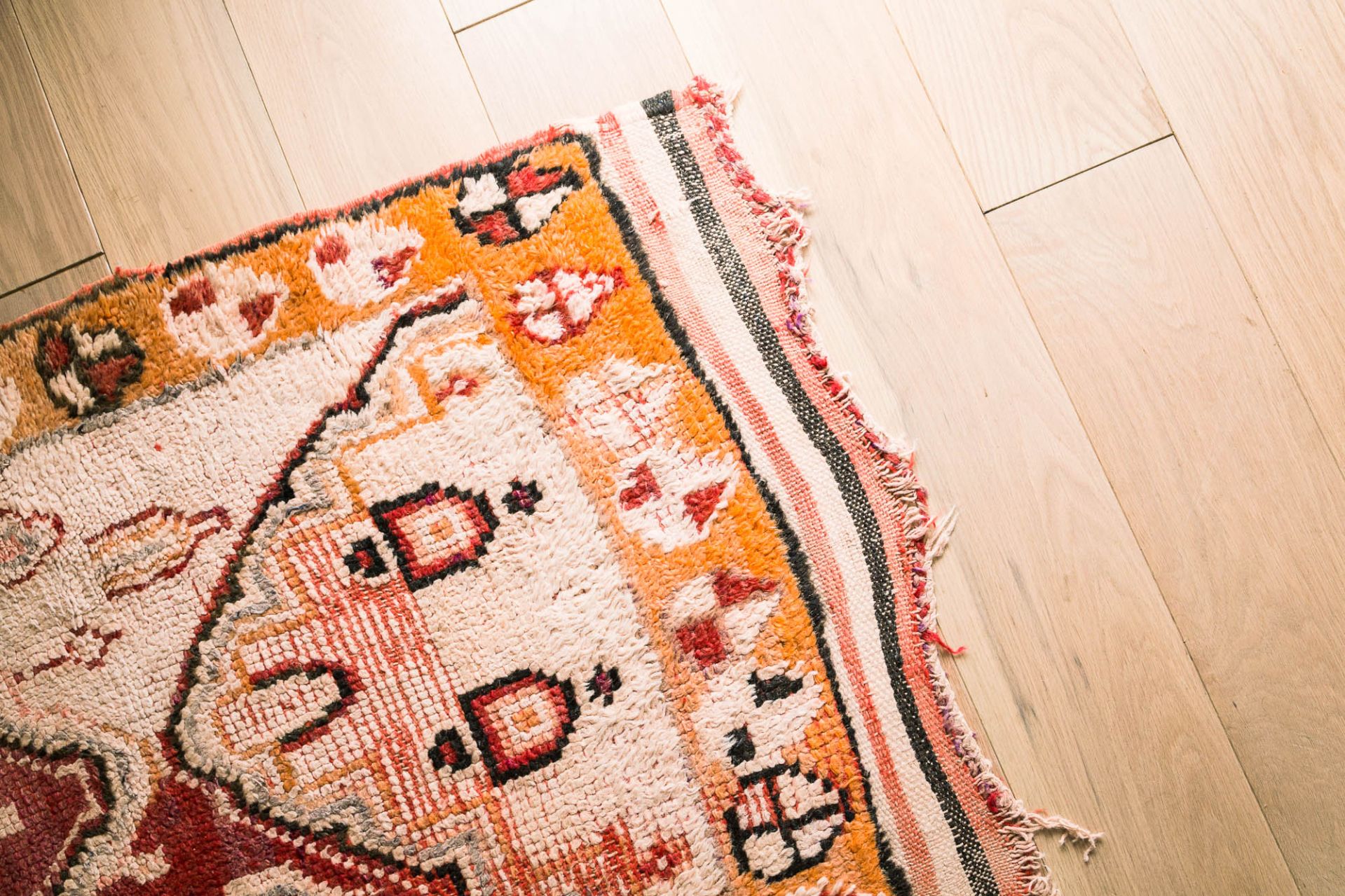 She found it in Marrakech.
Kaitlyn Flannagan for Observer
Advertisement 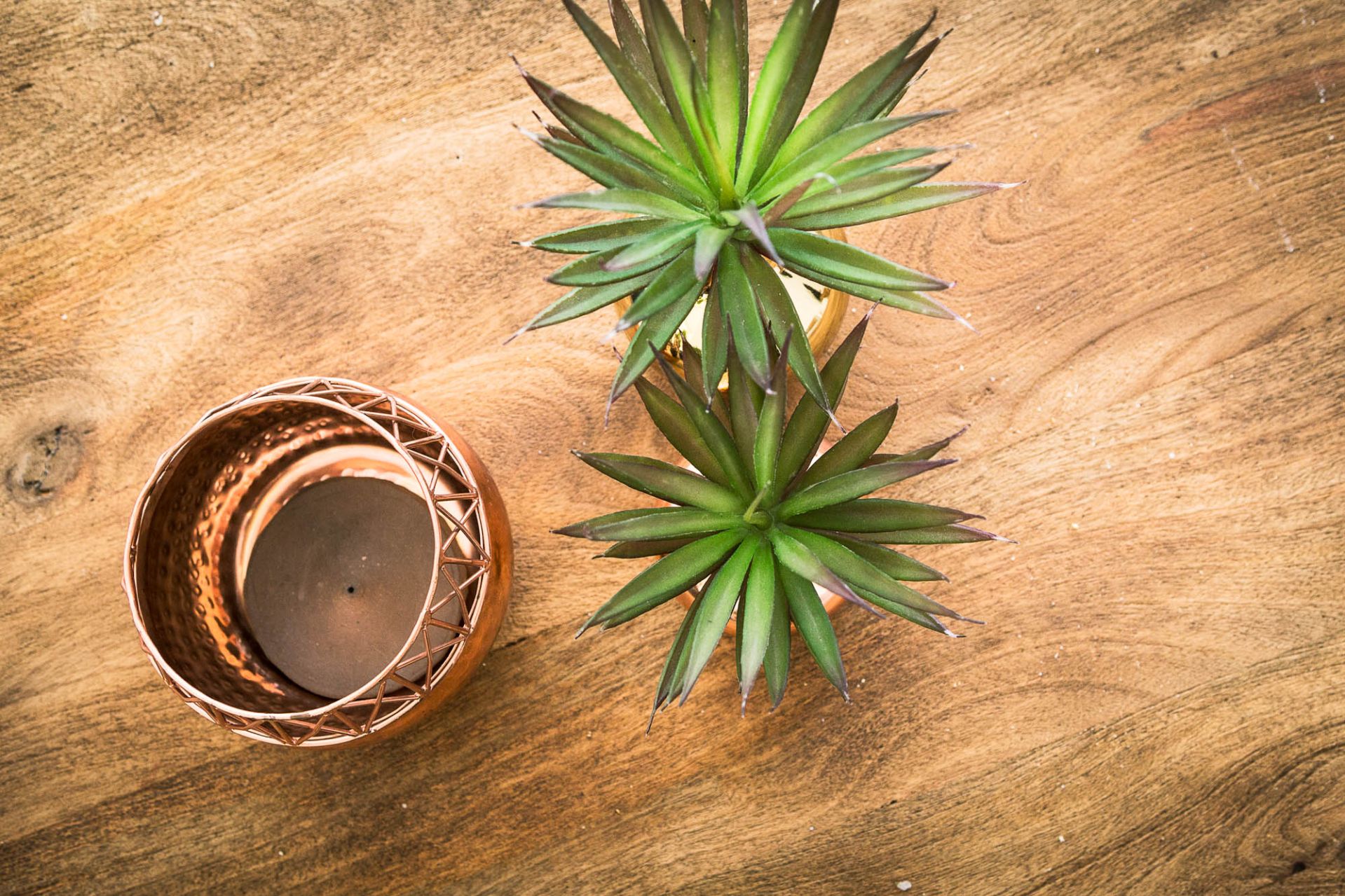 She meditates every single day.
Kaitlyn Flannagan for Observer 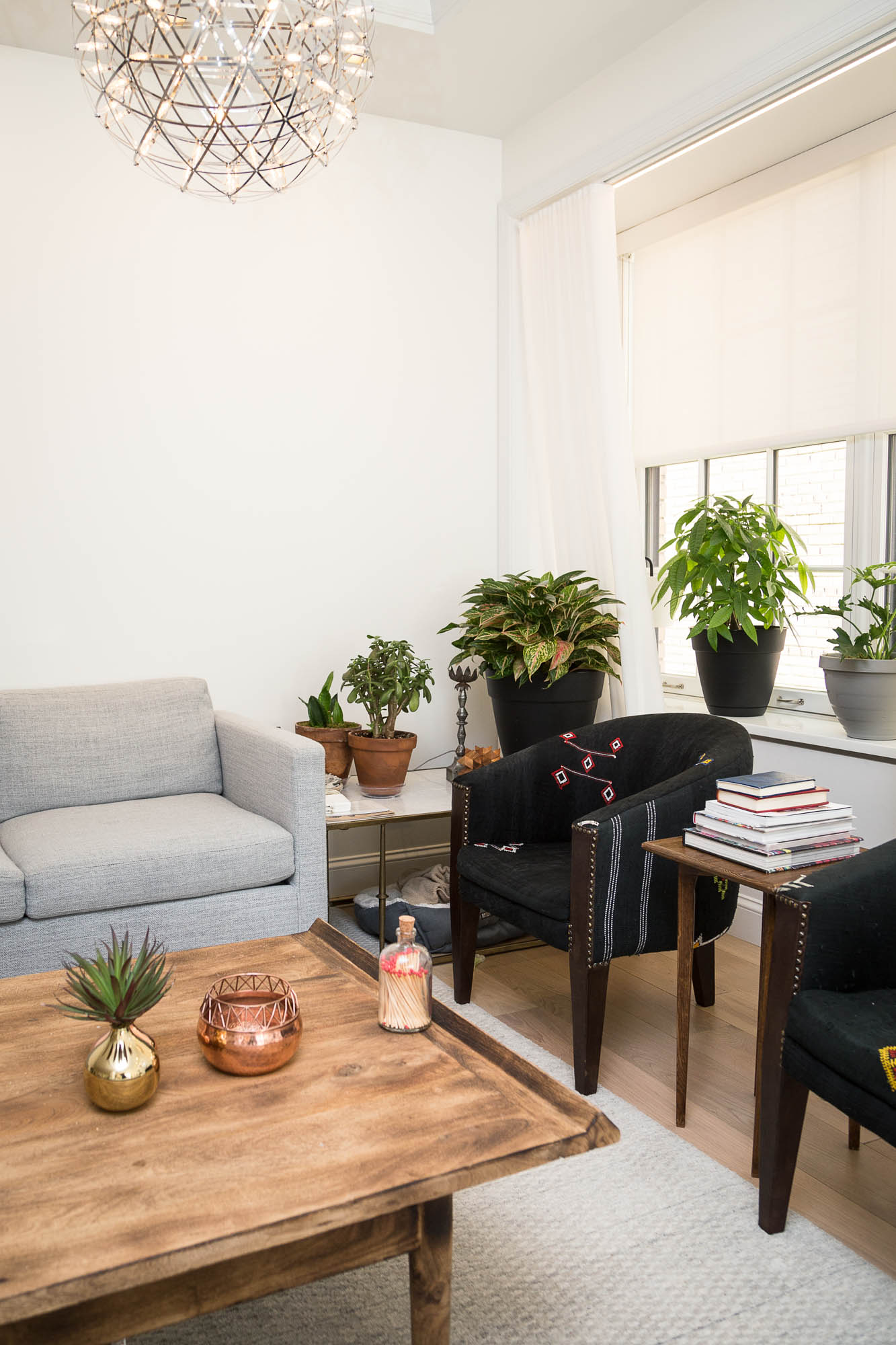 A corner of the living room is filled with plants.
Kaitlyn Flannagan for Observer 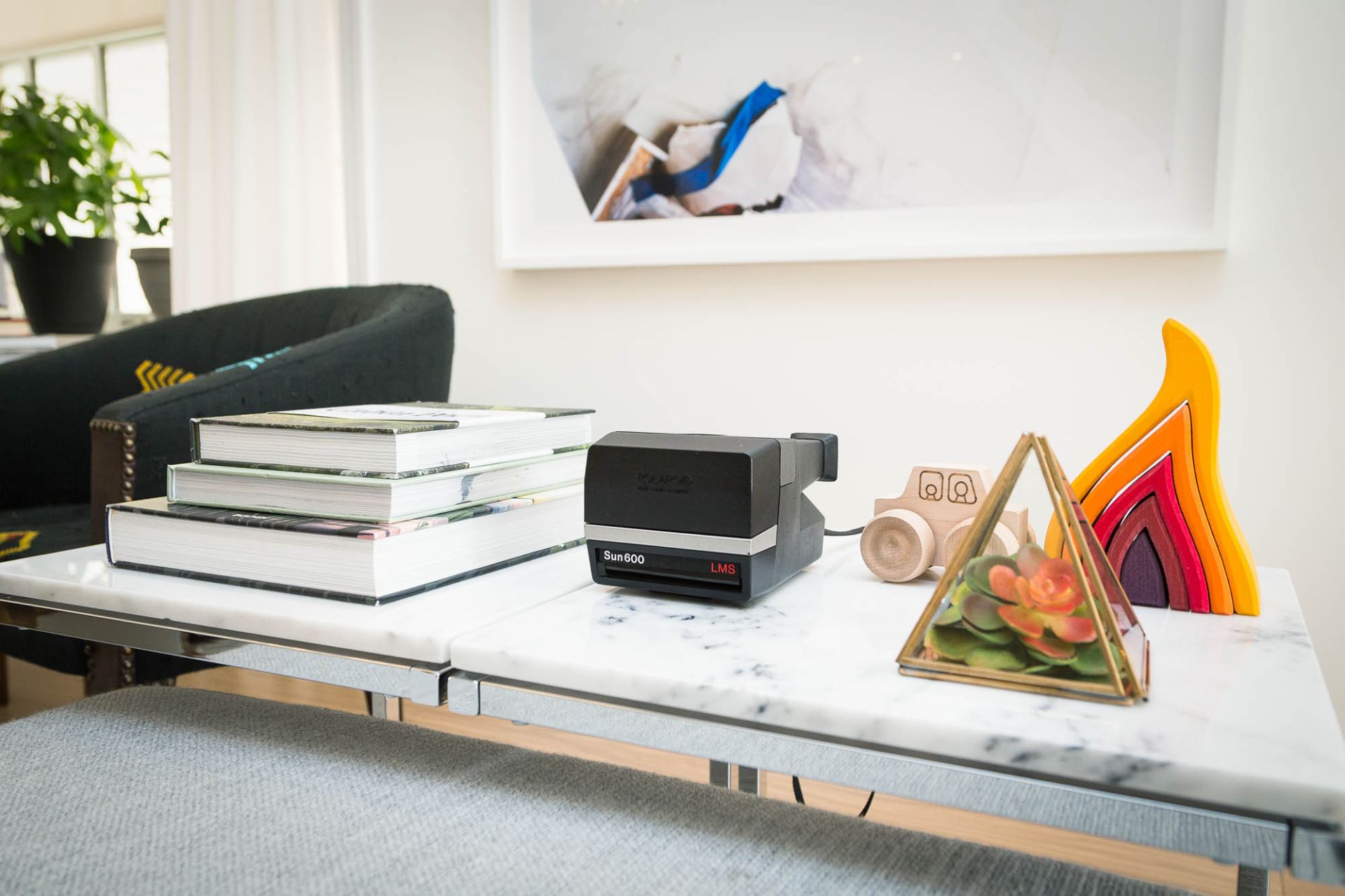 One of her child's toys made its way into the living room.
Kaitlyn Flannagan for Observer
Advertisement 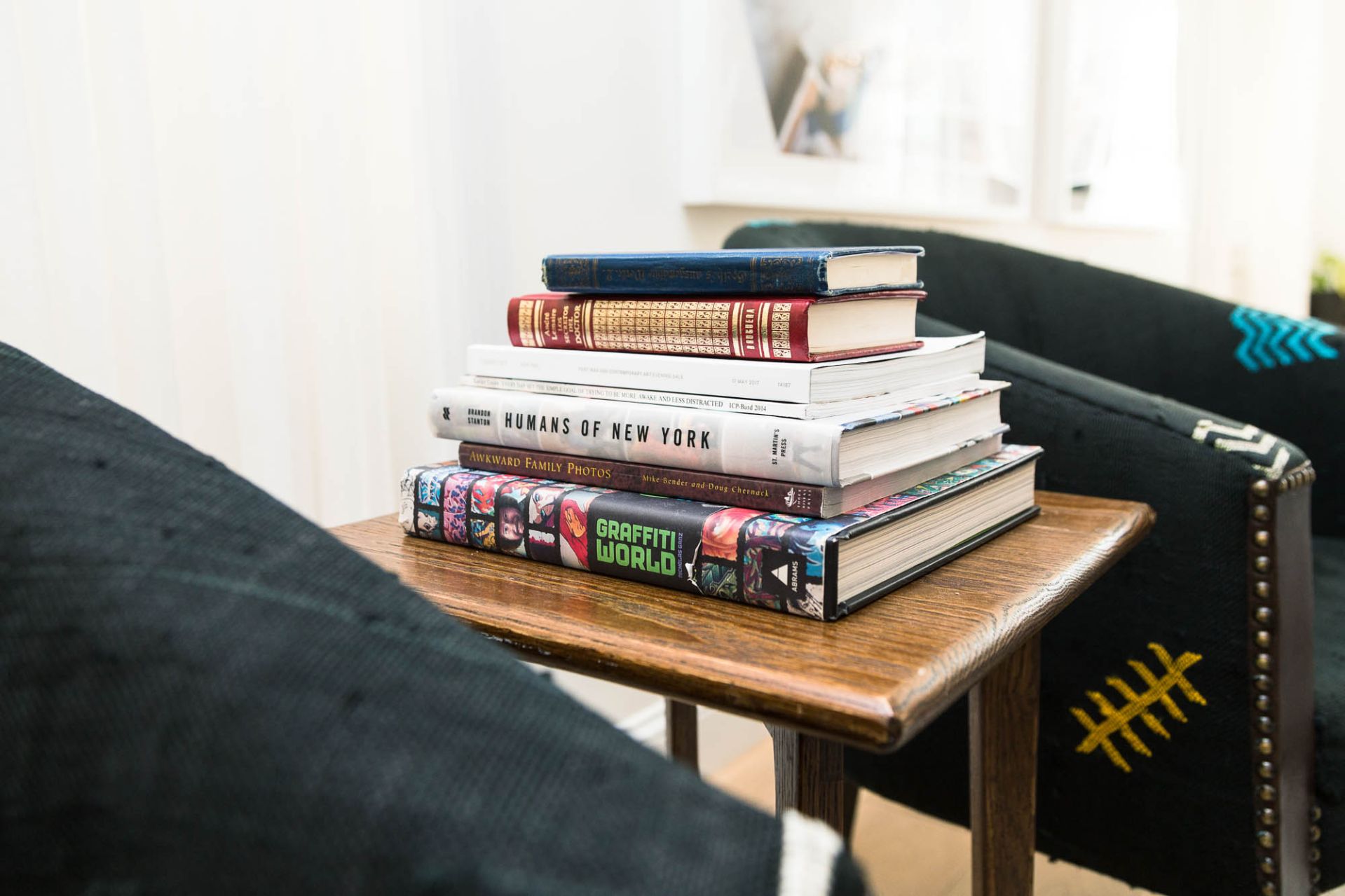 Books including 'Humans of New York' are stacked on a side table.
Kaitlyn Flannagan for Observer 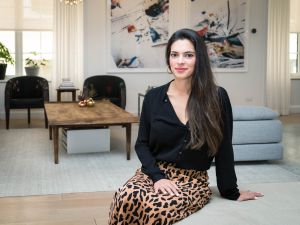 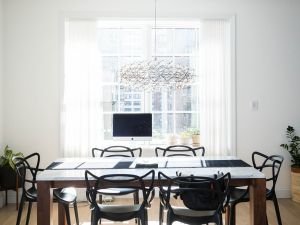 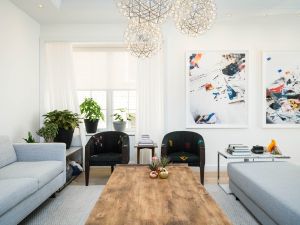 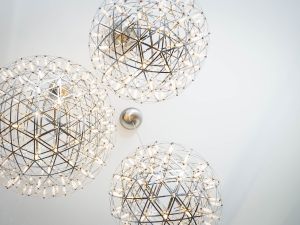 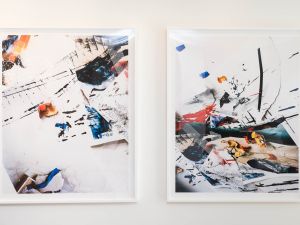 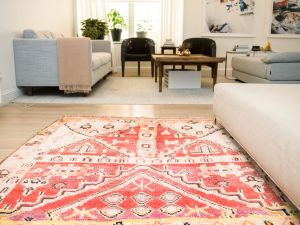 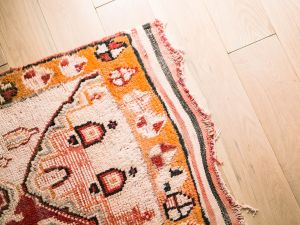 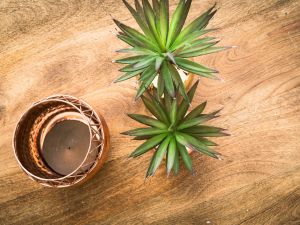 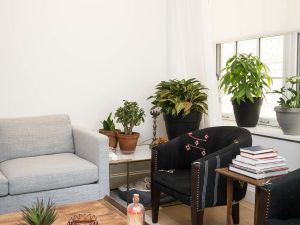 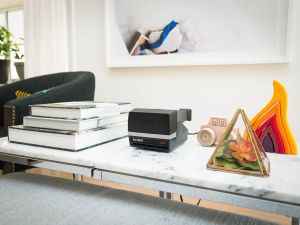 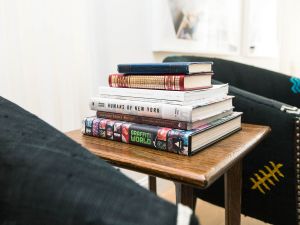 Alexandra Bonetti  is an expert at multitasking—she effortlessly manages to both own and run her popular fitness studio, Bari, all while raising her nine-month-old son. Even in her apartment, where her son’s toys have spilled into the living room, Bonetti makes them appear as if they were an intentional part of the décor.

While she might be a fixture on the New York wellness scene, that wasn’t always the case.

Bonetti is from Venezuela, and moved to the United States to attend the University of Pennsylvania. After graduating from Wharton in 2007 with a degree in finance, she made the move to New York and was working as a consultant in the oil industry. She made a change in October 2010, when she left her job and shifted her focus to fitness. In April 2011 she founded Bari, a workout class that now attracts model-types (Martha Hunt is a fan) and other busy New Yorkers.

Bonetti invited the Observer into her two-bedroom Gramercy apartment, where she lives with her husband and her son, and talked to us about how she balances running a successful Tribeca fitness studio as a new mother.

How did you end up founding a fitness studio?

I was doing consulting, and I was traveling a lot. I started going for runs to get fresh air, and to get control of my health, and fell in love with it. I never worked out; I hated working out. But I fell in love with how it made me feel and what it did for my body—I slept better, it helped my concentration, it was just so good for everything I was doing.

I asked myself, “What am I doing here?” and my mom suggested I do something in fitness, because I seemed to love it so much. I thought that was just crazy, but I couldn’t stop thinking about it. So six months later, I quit my job and opened Bari.

What’s the concept behind Bari?

Bari is a workout with three elements: dance, cardio and trampoline. It was a lot simpler when we started and evolved in a very organic way. As fitness, it has become a little more functional. We included trampoline cardio about two years after opening, and that’s what took over our schedule—people just love it. It’s a big part of what we do.

What projects are you working on right now?

Digital is a big thing we’re working on with Bari, so we’ll have videos that people can do wherever they are. I also launched another website called Life Unlisted, it’s lists to live by—things I love, from the best restaurants, to products I use. Baby lists are the ones that are getting the most hits.

How did you land on this apartment in Gramercy?

It’s a very classic building, which I love. I wanted to be near the park—I love Gramercy Park. The neighborhood is classic New York, old charm, but in the middle of everything, and it still feels very residential. I’ve lived in New York for 10 years and this is the first time I’ve been on a clean street!

Is there a favorite piece of yours in the living room?

This 1920s Moroccan rug that I sourced in Marrakech! I looked through thousands of vintage rugs, but I loved the colors of this one; you can tell that it’s traveled, that it’s been used and worn in different places. I love the history of it. I just love 1920s Marrakech art.

How has your routine changed since your son was born?

The biggest thing is that you just don’t have time. Mornings and evenings, especially, are the baby’s time. I’ve always been my most productive in the mornings—from 6:30 am 10:30 am is when I get everything done. Now, I don’t actually start anything until 10 am, which is really late for me.

I also started meditating around the time he was born. That changed my life, and has become a big part of my routine. I do that 20 minutes a day, twice a day. I’m very disciplined about it. I fake meditated for years; I said I meditated and took online meditation classes, I downloaded all the apps, took the Oprah 21 Day Challenge, and I had no idea what I was doing. I kind of gave up on it and dismissed it.

I happened to do it again when I had the baby. I took a course where you sit down and it tells you what to do. By my third meditation, I couldn’t feel my hands or my legs; my body felt like it was the size of the building. It was the best thing I had every felt, and from then on I was hooked. Now, I meditate every single day, but it took me six years of fake meditating!

What advice do you have for women raising young children in the city, especially those trying to fit in exercise?

I worked out until 37 weeks, and gave birth at 39 weeks—it makes you feel like a human being.

Start with what you can do, and what feels good to do. I think we put a lot of pressure on ourselves when we have a baby, to get back up on our feet and go back to our regular routine and life. That’s not realistic, and not good for you or the baby. If it’s easier for you to find 15 minutes at home, do a 15 minute video at home when your baby is sleeping. Maybe you don’t have the strength or the time right now to leave your house, to go and do an hour class, so just start with something small at home, and little by little build on that until you have the time to do it well.