On October 3, Actor Alec Baldwin interviewed Sen. Bernie Sanders (I-VT) on WNYC and asked about his ongoing efforts to reform the Democratic Party. As usual, Sanders did not hold back in voicing his opinions.

“Here’s what the facts are. The Democratic Party, in general, is in trouble and has been in trouble for a long time,” Sanders said. “In the last nine years or so, Democrats have lost not just the White House, the Senate, and the House. There are 25 states in America where the Democratic Party is in some cases non-existent. I visited those states. They are extremely weak, and these are some of the poorer states.” Sanders is referring to the 26 states where Republicans hold the governorship and majorities in the state house and senate. In many of these states, Democrats don’t provide candidates and state parties with the resources necessary to compete against Republicans.

Sanders also discussed the Democratic Party abandoning its voters to court wealthy donors. His comments came in stark contrast to former Vice President Joe Biden’s comments in Alabama on the same day. Biden, awkwardly attempting to defend the wealthy, claimed they are just as patriotic as the poor.

Sanders explained, “I think that the problem is over the years money has had a very significant influence on the Democratic Party. If you look back to the years of FDR, even Harry Truman, and you go to a person on the street and say, ‘Which is the party of the working class in America? Everybody knew it.” Sanders noted that, as the Democratic Party has become more aligned with its donors, this is no longer the case.

During the interview, Baldwin quipped that voters in 2016 rejected a “flabby, tired, unimaginative, out of touch” Democratic Party. Sanders retorted, “I’ll get in trouble if I say that. You said it, right?”

Sanders explained that the Democratic Party has shifted its focus to parts of the country where wealthy donors are concentrated. In doing so, Democrats have written off large regions of the United States, effectively ceding them to Republicans. “What has happened I think is the Democrats became a party of the upper middle-class on the West Coast in the East Coast, here in New York City, and they forgot. They forgot that while the economy under Obama did improve, surely from where he took over after the Wall Street debacle, the truth was and is that millions and millions of people are struggling to put food on the table.”

Sanders noted that economic despair is worsening for younger generations who are on a trajectory toward a lower standard of living than their parents. “That is the reality the Democrats kind of forgot about.” He added, “This is not complicated stuff. You have to address the people who are hurting right now. There is incredible pain in this country right now. Incredible pain.” 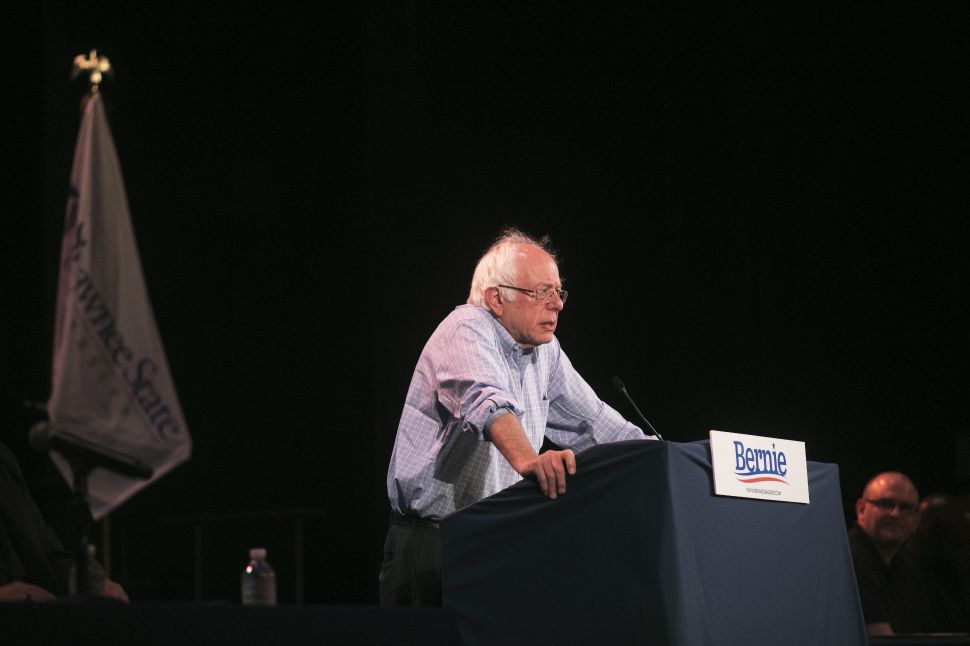