America and the West are under siege by almost too many enemies to count. “Rocket Man Kim Jung Un” threatens to incinerate American cities with North Korean thermonuclear weapons. Russia’s Vladimir Putin has contrived to fix U.S. elections while gobbling up Crimea and parts of eastern Ukraine and saving Syria’s strongman Bashar al-Assad from an ignominious regime change. Iran is “the world’s largest supporter of terrorism.” And while Al Qaeda and the Islamic State may be on the run, their villainy is far from over.

At no time since the Cold War ended has the rhetoric been so heated around so many real and potential enemies. What is needed and what may be impossible to achieve is to bring some rationality and reason to bear before sounding these alarms and relying on “fake news” for information. The purpose of the next series of columns in this space is to inform readers of fact and reality—not hyperbole and mistruths—of the actual state of America’s national security and defense from a non-partisan, objective perspective. The starting point is to ask the reader to consider these questions.

First, since the end of the Cold War in 1989, how long has the United States been at war or engaged in major combat operations? Second, since the end of World War II, what has America’s record been in going to war and sending its military into active combat? Third, what is the most immediate set of dangers facing America’s military today? The answers will surprise many.

Most Americans do not realize that this country has been at war or has conducted major military interventions during about 70 percent of the last 28 years. These operations cover 1990-1992 in Iraq; 1992-1993 in Somalia; 2001-the present in Afghanistan and 2003-the present in Iraq, along with others such as Panama at the end of 1989 and the 78-day Kosovo war in 1999. In simple terms, the American military has served in major operations five out of seven days.

Of course, the U.S. won the big “ones:” World War II and the Cold War. Had we lost either, we could be speaking German, Japanese or Russian.  At best, Korea was a draw ending with an armistice not a peace treaty. Vietnam was a catastrophe fortuitously with no lasting strategic consequences. The second Iraq War has turned that region into chaos and gave birth to IS. Afghanistan could turn into the 21st century equivalent of the Thirty Years War.

The most immediate dangers to the U.S. military and Pentagon come in two parts. The first is the characteristic common to both Republicans and Democrats of distorting and over-exaggerating threats. President John Kennedy embraced Dwight Eisenhower’s warning of the communists overrunning South East Asia through the domino theory. When one country fell to communism—in this case South Vietnam—the rest would fall like dominos. George W. Bush set the Middle East ablaze over non-existent weapons of mass destruction in his flawed vision of changing the geostrategic landscape of the Middle East by democratizing Iraq.

This persists today in fiery rhetoric lacking in actual analyses and understanding of the true nature of the dangers we face. We have adversaries who seek to undermine us. But Russia, North Korea and Iran are not going to war with us no matter how much some leaders here make that case. Each has too much to lose.

Ironically, the other immediate danger to the U.S. military is of our own making: uncontrolled internal cost growth of about five to seven percent a year above inflation for every item from people to precision weapons to pencils. The reasons will be explained in subsequent columns. But given the budgeting process, oversight and regulatory systems, and the impossibility of allowing the Pentagon any long term basis for planning, it is a miracle the Department of Defense functions at all—a real tribute to its personnel at all levels.

If the nation does not act—whether spending the money needed for the current defense program, which will approach $750-800 billion a year (the current level is about $600 billion), or making fundamental changes in strategy and force levels—the U.S. military will turn into a hollow force reminiscent of the post-Vietnam years when it was unready and unable to provide properly for the national defense.

The good news is none of these regional or terrorist threats are existential. The tragic truth is that the political process may not be capable of providing for the common defense with objectivity, rationality and common sense.

Dr. Harlan Ullman has served on the Senior Advisory Group for Supreme Allied Commander Europe (2004-2016) and is currently Senior Advisor at Washington D.C.’s Atlantic Council, Distinguished Senior Fellow and Visiting Professor at the U.S. Naval War College in Newport, Rhode Island, chairman of two private companies and principal author of the doctrine of shock and awe. A former naval person, he commanded a destroyer in the Persian Gulf and led over 150 missions and operations in Vietnam as a Swift Boat skipper. His next book Anatomy of Failure:  Why America Has Lost Every War It Starts will be published in the fall. The writer can be reached on Twitter @harlankullman. 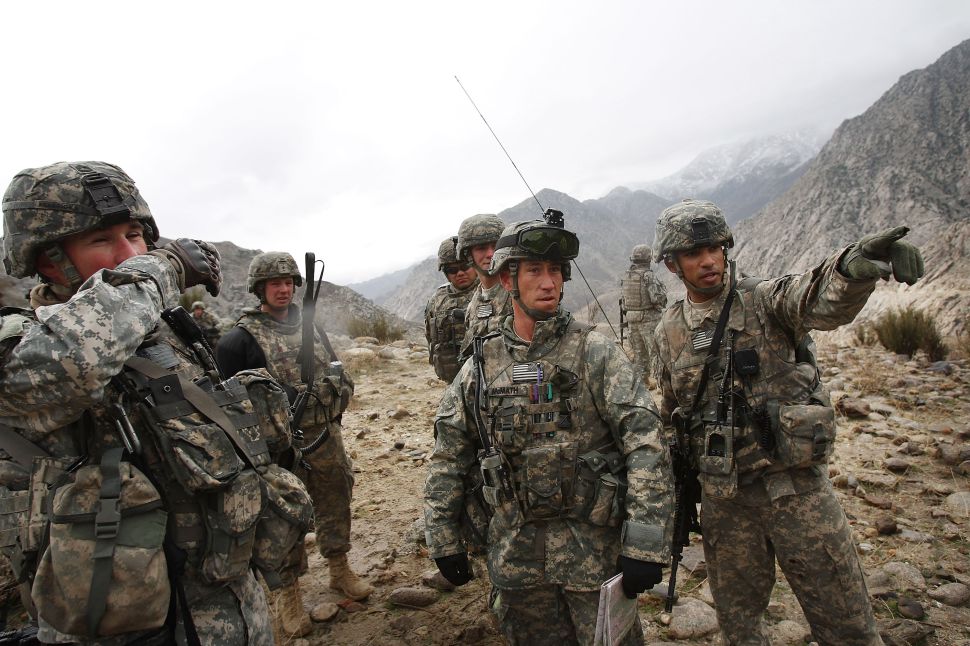