Dannon has ended its sponsorship deal with Newton over sexist comments he made during a news conference. The Carolina Panthers quarterback has been a pitchman for the company’s Oikos Greek yogurt brand since 2015.

Newton has been widely condemned for comments he made yesterday. Jourdan Rodrigue, the Panthers beat writer for The Charlotte Observer, asked him a question about wide receiver Devin Funchess’ route running during games.

Before answering the question, Newton quipped that “It’s funny to hear a female talk about routes.”

Rodrigue tweeted, “I don’t think it’s ‘funny’ to be a female and talk about routes. I think it’s my job.” She has received wide social media support, and the NFL and Pro Football Writers of America condemned Newton’s comments.

While a Panthers official claimed Newton apologized for his remark, Rodrigue said his only response was that he should have said “reporters” instead of “female.” Rodrigue also said Newton didn’t know her name. Newton has not commented further about the incident.

Today Dannon became the first brand to distance itself from him.

“We are shocked and disheartened at the behavior and comments of Cam Newton towards Jourdan Rodrigue, which we perceive as sexist and disparaging to all women,” Michael Neuwirth, senior director of external communications for Dannon, said in a statement. “It is entirely inconsistent with our commitment to fostering equality and inclusion in every workplace. It’s simply not OK to belittle anyone based on gender. We have shared our concerns with Cam and will no longer work with him.”

Dannon will pay Newton through the end of his contract but is pulling any advertising that features him.

Newton has his own line of Under Armour shoes, and he’s also advertised for Gatorade, Microsoft and Beats by Dre.

A Microsoft spokesperson told the Observer the company has not worked with Newton for several years. The other brands did not respond to requests for comment.

Cam Newton does not have endorsements with Microsoft and hasn’t for several years.The Observer has reached out to each of these companies to ask if they will continue their relationships with Newton. Forbes has estimated that Newton makes $13 million from endorsements alone.

Rodrigue also got caught up in the social media firestorm—several eagle-eyed Twitter users discovered that she had tweeted out racist jokes several times while she was a student at Arizona State University. Rodrigue apologized for these remarks in a tweet today.

Newton and the Panthers are off to a 3-1 start this season. The quarterback threw for 316 yards and accounted for four touchdowns in a win over the New England Patriots on Sunday. 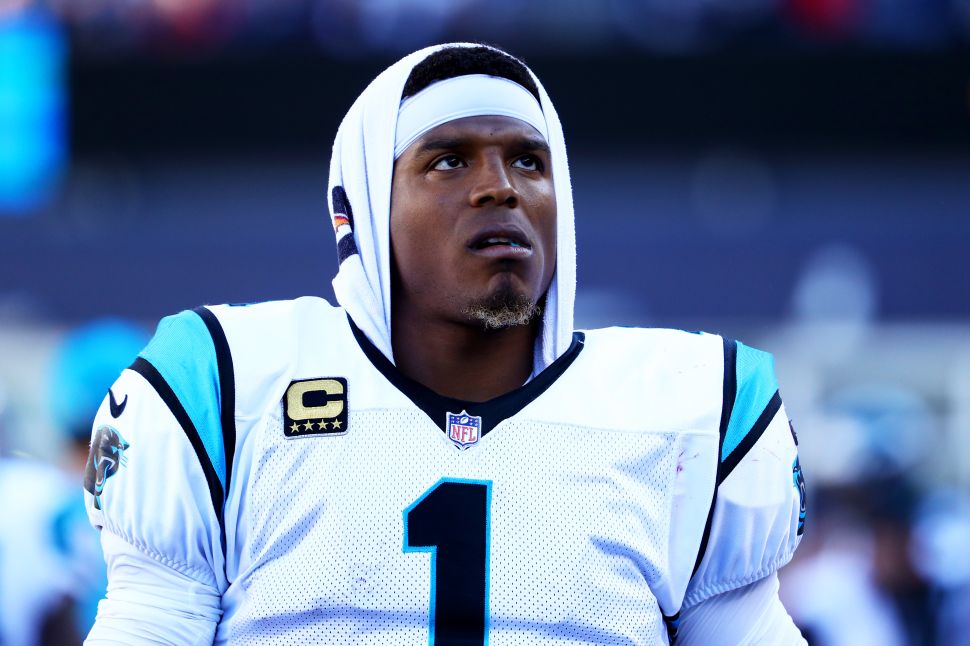