If someone exercises their Fifth Amendment right to remain silent during a government investigation or trial, does that mean they have something to hide? The answer is probably yes.

Last week, Trump campaign foreign policy advisor Carter Page, who was suspected of having ties to Russia even before election season, announced he was relying on the Fifth Amendment and refusing to turn over documents requested in a Senate Intelligence Committee subpoena.

By keeping the documents private, Page is exercising his constitutional right to remain silent. This legal strategy prevents the committee from discovering whether he possesses potential relevant evidence to assist in the Russia-Trump campaign collusion investigation. Relying on the Constitution to avoid disclosures is a move that implies that where there is smoke there is fire or, as many prosecutors believe, only the guilty have something to hide. It is possible that Page’s documents have unrelated information he doesn’t want the Committee to see. He can rightfully rely on the Constitution’s Fifth Amendment right against self-incrimination to keep his papers secret.

Invoking the Fifth prevents witnesses or suspects from making admissions or statements about illegal or improper acts that could lead to an arrest or indictment. In Page’s case, he is clearly proceeding with caution to prevent any possibility that the requested documents could land him in hot . The Fifth Amendment allows people to keep their secrets.

Carter Page is no stranger to being questioned by the government. In March, he met with FBI agents to field questions about whether he was a liaison between the Trump campaign and Russian officials. His name also surfaced in a former British intelligence agent’s yet unsubstantiated “dossier” that contained unflattering information about Donald Trump. And in the summer of 2016, near the time the FBI began its investigation, Page was the subject of a Foreign Intelligence Surveillance Court (FISA) warrant, a search mechanism the government can use to monitor communications between United States citizens and foreigners.

It’s unclear if the Senate Intelligence Committee sent a second subpoena for Page to formally testify before it. But Page has indicated he will take the Fifth on that front as well. Strangely, he claims he offered to appear voluntarily at the Committee’s open hearing on Russia’s campaign interference scheduled for November 1. 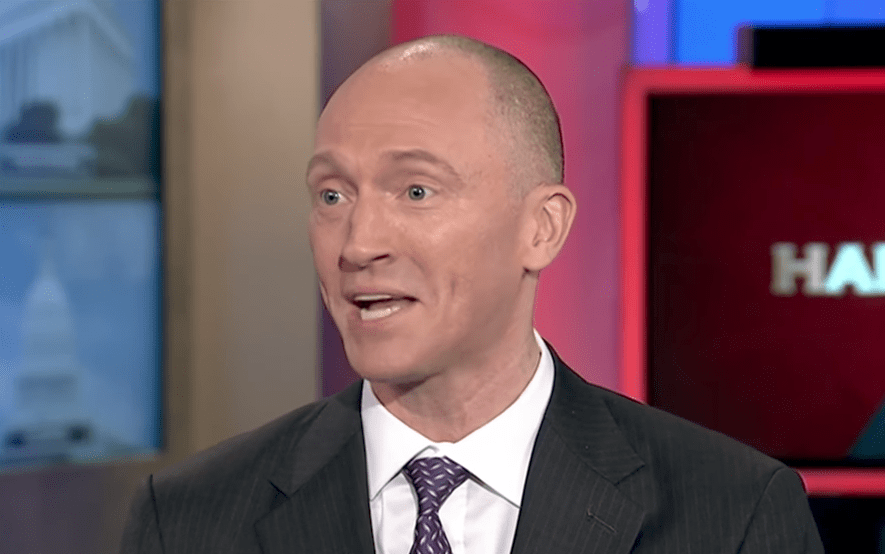