One of the biggest events on the literary calendar just got an extra dose of star power.

Actress and activist Cynthia Nixon will host the 68th annual National Book Awards, which will be held November 15 at Cipriani Wall Street.

Nixon is best known for playing cynical lawyer Miranda Hobbes on Sex and the City, for which she won Emmy and Screen Actors Guild Awards. She is also an accomplished stage actress who won Tony Awards for her performances in Rabbit Hole and The Little Foxes.

In recent months, however, Nixon has gotten more press from rumors that she might run for governor of New York. She is a well-known liberal activist who has campaigned for Mayor Bill de Blasio and criticized Governor Andrew Cuomo.

The speculation grew in August, when the Twitter account @cynthiaforgov began tweeting out updates about Nixon’s political activities. A Cynthia Nixon for Governor website also briefly appeared online before being shut down.

Nixon has not officially announced a run for governor, but she acknowledged on the Today show that “there are a lot of people who would like me to run.”

Will the National Book Awards be Nixon’s first stop on the campaign trail? Only time will tell. 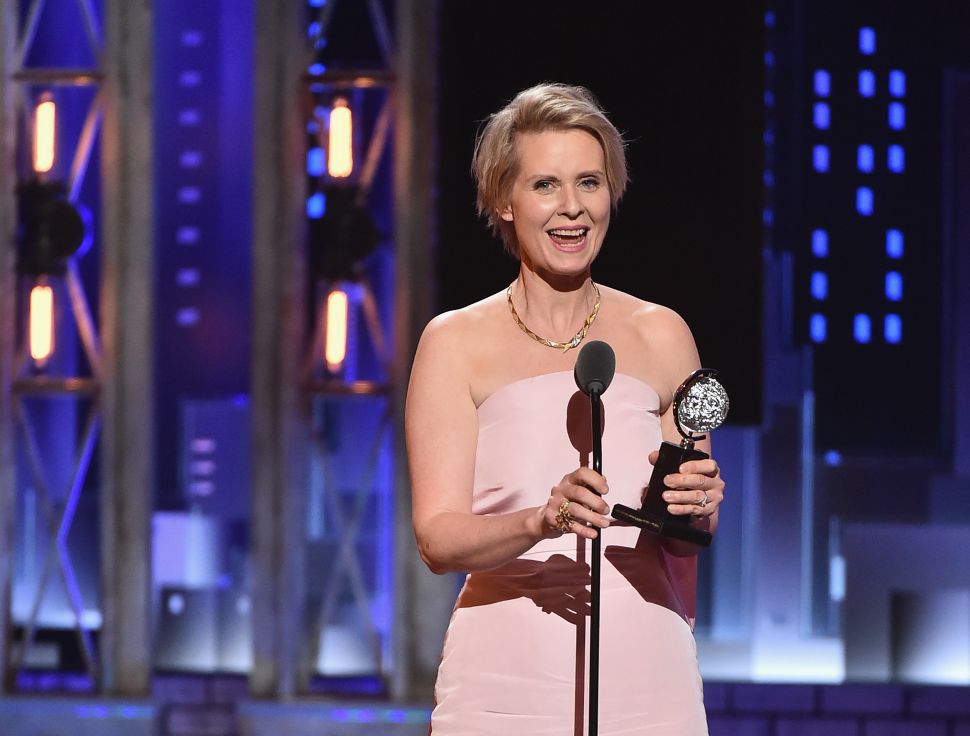