Mapping has already kicked off in a geofenced area. An engineer will be in the driver’s seat in order to supervise and assess performance, and a second individual will be in the passenger seat.

De Blasio said that he isn’t onboard with the program.

“I really don’t like it. I think it’s a mistake. I think that it creates a danger,” he said. “We need to have a very careful process around autonomous vehicles. As a larger issue, there is some real great potential and there’s also really big challenges and unanswered questions and before we put a single one on the streets of New York City, we should answer some of those questions and make sure it’s the right thing to do.”

He said that they have to deal with the pros and cons going forward, citing safety concerns. And he claimed that the NYPD and the city’s Department of Transportation were not consulted about the plan.

“We are in the middle of … Vision Zero,” de Blasio continued, referring to his initiative that seeks to lower pedestrian deaths. “The last thing we wanna do is create a potential new danger so we’re gonna be very aggressive in saying this is not a good idea unless it is carefully vetted.”

The governor’s office said that the state’s first conversation with the city about the program was in August, with the DOT.

“The city was first alerted to this proposal two months ago before GM started preliminary mapping,” Rich Azzopardi, a spokesman for Cuomo, said. “They were notified again before the announcement of plans for testing next year was made. Now starts the permitting process with DMV and I’m sure whatever concerns the city may have will be addressed.”

And Tiffany Portzer, a spokeswoman for the state Department of Motor Vehicles, said that de Blasio “can do whatever he wants” but that the city is subject to state jurisdiction.

Portzer said that the state will consult with localities and officials across the state, but reiterated that it is a state decision and that it is “imperative that we capture the new technologies that are developing.”

“If the mayor bothered to learn the facts on GM’s testing, he would know that there will be a licensed driver behind the wheel who is also a qualified engineer and a passenger to monitor the vehicle during every demonstration,” Portzer said. “In fact, New York State’s requirements are stricter than any other state’s in the nation. We understand that the mayor’s taxi industry donors don’t like it, but it is the future and all states are exploring it.”

Cruise is expanding its presence in New York and will start forming a team of employees in the city.

The legislation, included in the the fiscal year 2018 budget, permits the testing through a pilot program. Cruise’s planned testing would mark the first time Level 4 self-driving cars will be tested in the state. The governor described it as paving the way for more self-driving car development in the state and establishing the state as a center of autonomous vehicle innovation.

The Daily News reported that a GM political action committee gave more than $17,000 to Cuomo three months ahead of the announcement of the program. The governor’s office told the Daily News that it did not affect the outcome.

City Council Speaker Melissa Mark-Viverito, for her part, also told reporters at her monthly pre-stated meeting that she was not aware of the program. She also took to Twitter to state that the Council was not alerted.

Neither I nor staff were contacted/given heads up. Stand by that. https://t.co/NkXY54S3xb

This story has been updated to include statements from the governor’s office and the state Department of Motor Vehicles. 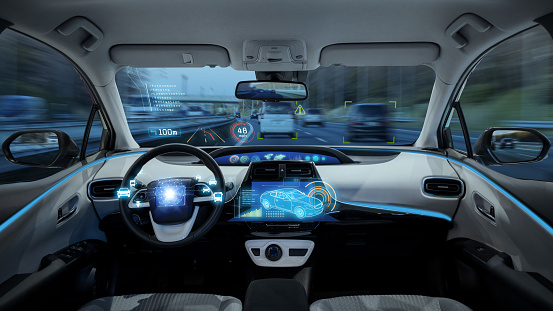