Excitement abounded this week among Democratic political observers when numerous sources reported that former Tennessee Gov. Phil Bredesen is considering running for the state’s open Senate seat in 2018. Democrats, who need a net gain of three seats to win control of the chamber, hailed this development as a potential altering of the calculus that holds they are unlikely to pick up more than two GOP seats next year.

It is a sign of their desperation and ignorance that they are so excited by this development. In 2018, only eight Republican Senate seats are up for election, as compared to 25 Democratic. Democrats expect to have an excellent chance of picking up seats in Nevada and perhaps Arizona, but the remaining six seats are deep red: Texas, Tennessee, Mississippi, Nebraska, Montana and Wyoming. With the exception of Montana, no Democrat has been elected to high statewide office (governor or senator) in any of those six states in more than a decade.

Incidentally, 2006 was the last time Bredesen ran for office, and he won re-election as governor of Tennessee by a large margin. Since then, Republicans have dominated Tennessee politics at every level. It says quite a bit about how far Democrats’ fortunes have fallen in states like Tennessee that their best hope to compete in a statewide election is a septuagenarian who hasn’t been on a ballot in over a decade.

The 73-year-old Bredesen is Democrats’ best hope in Tennessee in 2018, but that isn’t saying much. In the last 10 years, the state has moved so steadfastly against the Democratic Party that having a “D” by one’s name is tantamount to electoral doom.

Heading into that 2010 election, Democrats still held nearly half of the state House (48 of 98 seats) and a respectable number of state Senate seats (14 of 33).

But today Democrats’ numbers in Tennessee have fallen off a cliff. The Republicans hold a 74-25 majority in the state House and a 28-5 edge in the state Senate.

In short, the Tennessee that Bredesen won no longer exists, politically speaking. The tide has turned against Bredesen’s party in Tennessee in much the same way that another Tide (of the Crimson variety) has washed the state’s flagship college football program out to sea for the last decade. That’s right: the last year the Democrats won a statewide race in this state was the last time the Tennessee Volunteers vanquished mighty Alabama. Although the perfect confluence of these streaks is coincidental, the streaks themselves are not. Both reflect the situation on the ground, with one side in charge and the other side hapless to stop it.

The bottom line is that states like Tennessee have become so hardened against the Democratic Party that it beggars belief that a Democrat can win there anymore. It would take an extraordinary circumstance—such as the nomination of a mortally wounded Republican candidate like David Vitter in Louisiana—for the GOP to lose, even against a Democrat who may well have been quite popular in his day. But Bredesen has been out of the game for a long time.

If Bredesen runs, his situation looks remarkably similar to that of Bob Kerrey, the Democratic political juggernaut who once served as Nebraska’s governor and later as a senator from that state. After years out of the political arena, Kerrey decided to run for the state’s open Senate seat in 2012, a seat he previously had held from 1989-2001. But in the intervening decade, the political winds in Nebraska had shifted, and Kerrey went down by more than 15 points in that election.

It may well be the case that Bredesen affords Democrats their best opportunity to compete in Tennessee, but do not labor under the delusion that he can actually win. The cold, hard fact is that there are now a large number of states in America where the Democratic Party is no longer competitive, and this situation is not going to change anytime soon. As a matter of ideology and outlook, there are certain parts of America where the Democratic platform simply doesn’t sell anymore, and Tennessee is in the heart of it.

At this point, the Democratic Party is faced with a triage situation. The only path to a majority at the national level lies in winning in Democratic states, like California and New York, and competitive states, like Michigan and Wisconsin. In fact, their best bet in states like Tennessee might be to fold up shop entirely and throw their support behind independent candidates, a tactic that in recent years has had some level of success in red states like Alaska and Kansas.

Here’s a thought: maybe Bredesen should declare himself an independent and run for the Senate. That might be his only chance to win in a state where Democrats once dominated, but now thrive as much as corn does on Rocky Top.

Democrats, Your Hatred of Donald Trump Plays to His Advantage 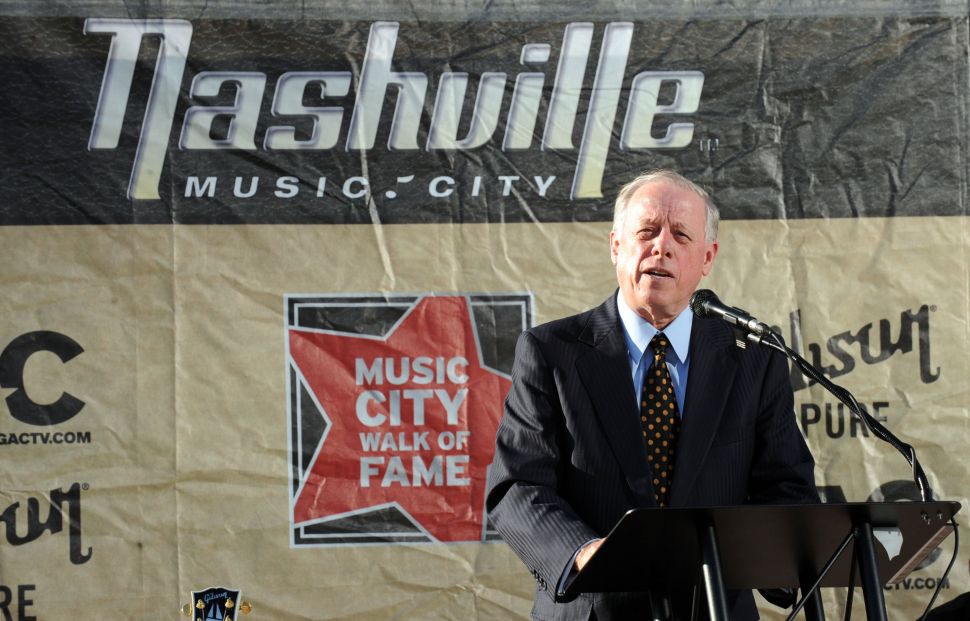