The NJEA’s war with Sweeney has shattered spending records for a legislative race, and a Republican internal poll obtained by Observer this month showed Sweeney’s lead over Grenier slimming to single digits.

Although Sweeney is not listed as a plaintiff, Senate Republican Majority Executive Director Harrison Neely attacked Sweeney and questioned his ethics.

“His campaign doesn’t have a leg to stand on here. He is a legislator and a lobbyist,” Neely said, repeating a claim made in the NJEA’s attack ads against Sweeney. “I don’t think they are coming out with this with a whole lot of credibility.”

Democrats argue the initial 2004 contribution of the trust to the local Republican club grossly exceeded the $7,200 individual donation limit to a municipal political party committee, and that the Penns Grove club never reported funds from the trust.

After Caltabiano filed a complaint with ELEC in July over the club’s contribution to Salem County Republicans, the GOP committee amended its quarterly report in October and removed references of the contribution, ELEC forms included in the lawsuit show. ELEC has not yet acted in response to Caltabiano’s complaints, according to the suit.

“The court today affirmed that schemes to funnel illegal campaign contributions by political party bosses like Fran Grenier will not be permitted,” Tambussi said in a statement. “The blatant attempt to mislead the voters in Salem County failed and the playing field was leveled by today’s decision.”

Neely dismissed the ruling was meaningless, saying the contribution is “not having an impact on the race now.”

The NJEA, the state’s largest teacher’s union, has spent more than $4 million to take out Sweeney, the state’s top Democrat, and spending on the 3rd district Senate race had reached $9.5 million as of Oct. 6, according to the ELEC analysis. Grenier trails by 6 points and has been closing the gap over the last month, according to an internal poll taken by Republicans. 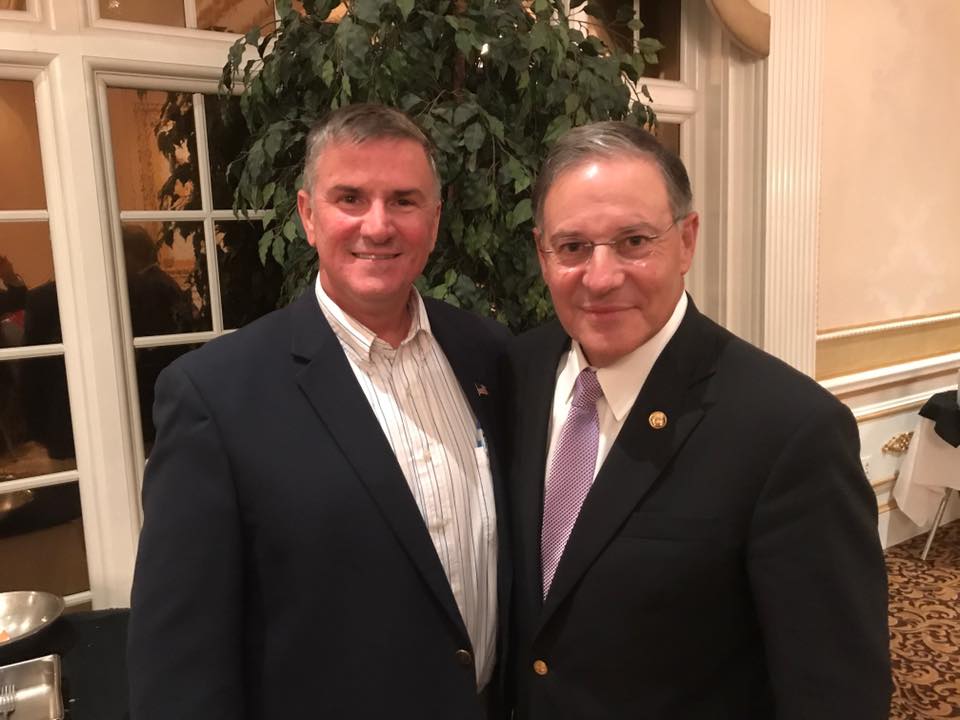