President Donald Trump invoked the death of White House Chief of Staff John Kelly‘s son during a Tuesday interview with Fox News. The remark was part of an ongoing narrative Trump has pushed this week claiming former President Barack Obama and past presidents have not always called the families of slain service members.

“For the most part, to the best of my knowledge, I think I’ve called every family of somebody that’s died, and it’s the hardest call to make, and I said it very loud and clear yesterday. The hardest thing for me to do is do that,” said the president.

“Now, as far as other representatives, I don’t know,” he continued. “I mean, you could ask General Kelly, did he get a call from Obama? You could ask other people. I don’t know what Obama’s policy was. I write letters, and I also call.”

A White House spokesperson told Politico that Kelly didn’t receive a call from Obama after his son, 2nd Lt. Robert Kelly, was killed in Afghanistan in November 2010 after stepping on a landmine.

Trump first accused Obama of not calling the families of the departed during a Monday press conference in the Rose Garden. When asked about his silence following the death of four Green Berets in an October 4 ambush in Niger, the president diverted blame toward the Obama administration, sparking outrage among many former White House staffers.

Obama’s former Deputy National Security Ben Rhodes called Trump’s claim, “an outrageous and disrespectful lie even by Trump standards,” noting that it was Trump who attacked a Gold Star family during the 2016 election. On Twitter, Alyssa Mastromonaco, Obama’s former deputy chief of staff of operations, called Trump, “a deranged animal.”

that's a fucking lie. to say president obama (or past presidents) didn't call the family members of soldiers KIA – he's a deranged animal.

Trump used the death of Kelly’s son to lend his own claims credibility. Though past presidents exploited fallen soldiers as theatrical props to pass legislation, invade countries, and carry out the myth of American Empire (the mirage recently broken by the president’s justifications for Vladimir Putin’s war-crimes and assertions that the American Dream “is dead“), Trump’s willingness to do so as a partisan aside further underscores his flagrant disrespect for the military.

The democratization of all information has created a world where no topic is too sacred to be political. In fact, the more sacred, the better— topics need controversy to stand out amid the never-ending barrage of content being pumped from the news-tainment industrial complex. Shootings are politicized. Rape is politicized. Fallen soldiers are politicized.

Not even in death can one escape the toxic bickering of modern politics. 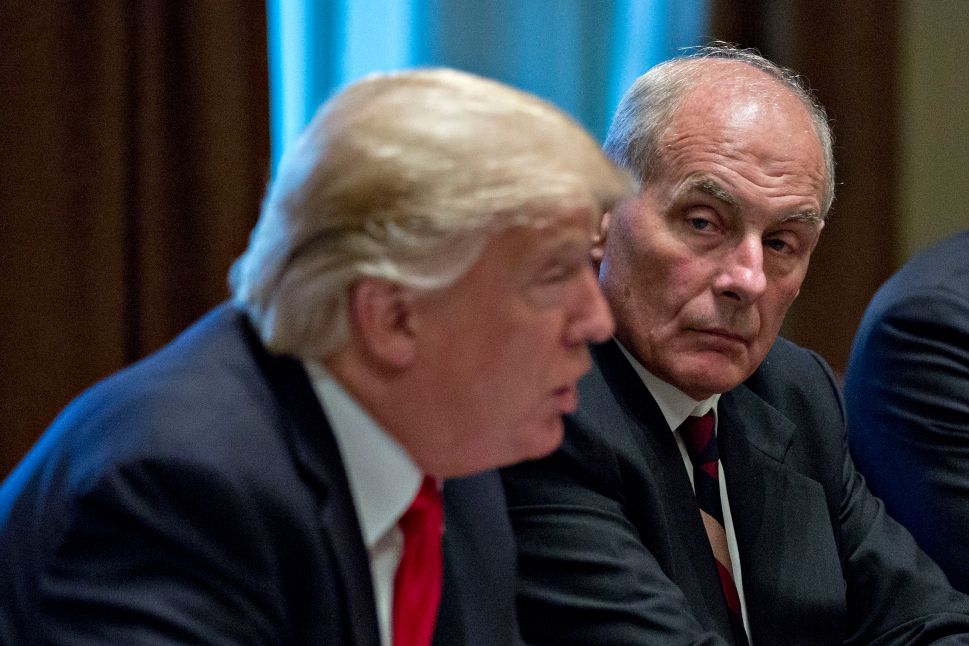