“Fake News” may be get a bit more official if President Donald Trump has anything to say about it. On Wednesday morning, the president described an NBC News report about his nuclear policies as “pure fiction” and threatened to “challenge their license.”

Many took Trump’s tweet to be a reference to the Federal Communications Commission (FCC) license that enables broadcasters such as NBC to utilize public airwaves to deliver programming (networks that deliver content over cable are not subjected to government control). It is unlikely that Trump has any reasonable legal recourse to challenge NBC’s broadcasting license at this time.

NBC News originally reported that Trump had inquired about increasing the United State’s arsenal of nuclear weapons by tenfold at a meeting this past summer with the nation’s highest-ranking national security leaders.

“Trump’s comments, the officials said, came in response to a briefing slide he was shown that charted the steady reduction of U.S. nuclear weapons since the late 1960s. Trump indicated he wanted a bigger stockpile, not the bottom position on that downward-sloping curve.

According to the officials present, Trump’s advisers, among them the Joint Chiefs of Staff and Secretary of State Rex Tillerson, were surprised. Officials briefly explained the legal and practical impediments to a nuclear buildup and how the current military posture is stronger than it was at the height of the buildup. In interviews, they told NBC News that no such expansion is planned.”

Fake @NBCNews made up a story that I wanted a "tenfold" increase in our U.S. nuclear arsenal. Pure fiction, made up to demean. NBC = CNN!

With all of the Fake News coming out of NBC and the Networks, at what point is it appropriate to challenge their License? Bad for country!

NBC further reported that Trump’s comments caught many in the meeting by surprise.

For what it’s worth, this isn’t the first time the president has gone after the peacock network. Recently, NBC broke a story that Secretary of State Rex Tillerson may have called Trump a “moron,” which the State Department and the president refute. At the time, Trump once again took to Twitter to slam the network.

NBC news is #FakeNews and more dishonest than even CNN. They are a disgrace to good reporting. No wonder their news ratings are way down!

Wow, so many Fake News stories today. No matter what I do or say, they will not write or speak truth. The Fake News Media is out of control!

Trump’s recent outbursts aimed at the NFL have drawn criticism from many in pro sports and even in the music industry, with Hip Hop star Eminem targeting the president in a recent freestyle rap at the BET Hip Hop Awards. 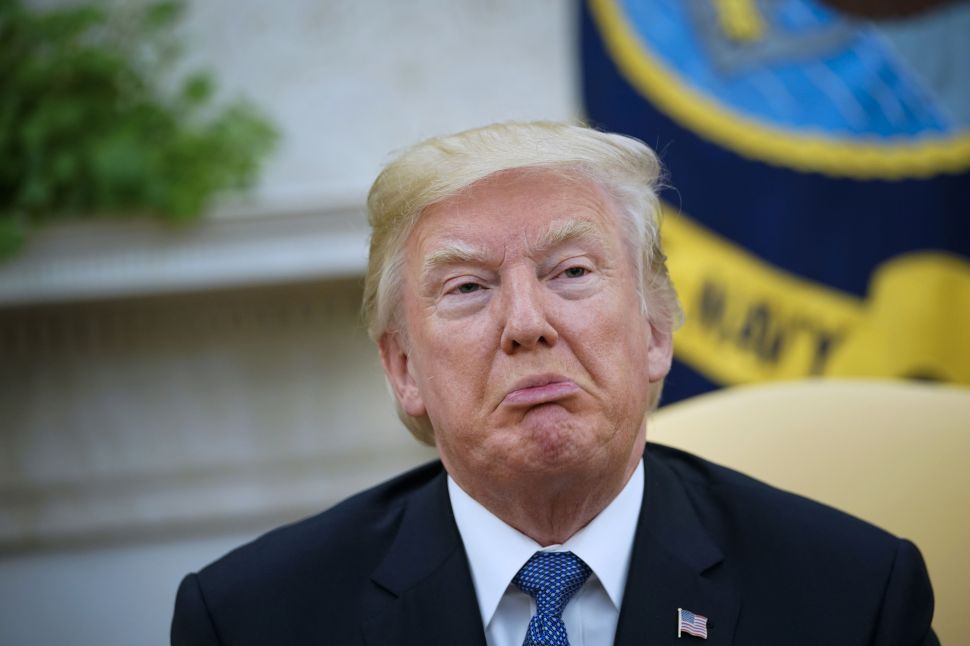