Can a president be impeached for incompetence? The Constitution only specifies “high crimes and misdemeanors” as grounds for bringing charges against the president, but the incompetence displayed by this administration is stunning.

Donald Trump likes to belittle his adversaries with derisive nicknames, but perhaps the favor should be returned. President Blunder has not yet been copyrighted, and it should be.

Trump’s litany of blunders is so astounding that each has become the new normal and is no longer surprising. Challenging the NFL and San Juan’s lady mayor was childlike and vindictive behavior unworthy of a president. The abrogation of the Trans Pacific Pact (TPP) hurt the U.S., although in fairness Hillary Clinton would have made the same error if she lived up to her campaign promises. And decertifying the Comprehensive Joint Plan of Action (JCPOA)—which if fully implemented and honored would prevent Iran from obtaining nuclear weapons—served no purpose except to appeal to a small minority of Americans who form the president’s base and the extreme right wing of the Republican Party.

Congress is even less competent. Its approval rating is so low that one needs a microscope to see it. So far in Trump’s administration, Republicans have failed in everything except for the Senate’s confirmation of Neil Gorsuch as a Supreme Court associate justice. Efforts to reform health care exploded. Tax reform, infrastructure repair, and serious gun control legislation underscored by the hideous Las Vegas shooting spree that killed or wounded nearly 600 people are stalled. And it is unlikely that Congress will pass a budget on time, as it has failed to do for a decade.

At both ends of Pennsylvania Avenue, the U.S. government is broken. It is failing to govern in a responsible way that benefits American citizens. Aside from running against the only candidate President Blunder could have defeated, Americans voted for him based on anger against Washington generated by a fear of the future in which jobs, health care and education were all under threat. That roughly three-quarters of Americans now believe the lives of future generations will not be better off than those of today accounts for why Mr. Trump was elected even though he lost the popular vote by more than three million.

So, what can be done? Ideally, although difficult to define, incompetence should be a political offense worthy of firing. That can only be done through the ballot box. But due to a combination of gerrymandering and voter’s perceptions that other members of Congress are the problem and not their own representative, wholesale firings will not happen. Unless a high crime or misdemeanor is alleged against the president, incompetence will not be an issue until 2020. Sadly, the nation can ill afford to wait that long. And should Democrats become the new majority in 2018, the chance that Congress will become more competent is illusory.

Two bleak conclusions may define the future boundaries of where the nation is headed. Following British General “Gentleman Johnny” Burgoyne’s defeat by the Continental American Army at the Battle of Saratoga in 1778, a student of the great Scottish economist Adam Smith approached his teacher in despair saying, “Burgoyne is defeated; we are ruined.” Professor Smith responded with the longer view: “My boy there is a lot of ruin in a nation,” he said.

The second boundary comes from the Declaration of Independence and possibly the most trenchant line in that great document: “When government becomes destructive, it is the right of the people to alter or abolish it and establish a new one.” That of course happened in 1776 and almost again in 1861 when the Civil War broke out.

No one should be foolish enough to predict that a third revolution is anything but a very remote prospect. The test will be how much ruin this nation can endure as government grows more and more destructive. This potential collision is made even starker: In a nation of over 320 million citizens, there are more firearms than people.

What Happened: The Strange Convergence of Hillary Clinton and Vietnam 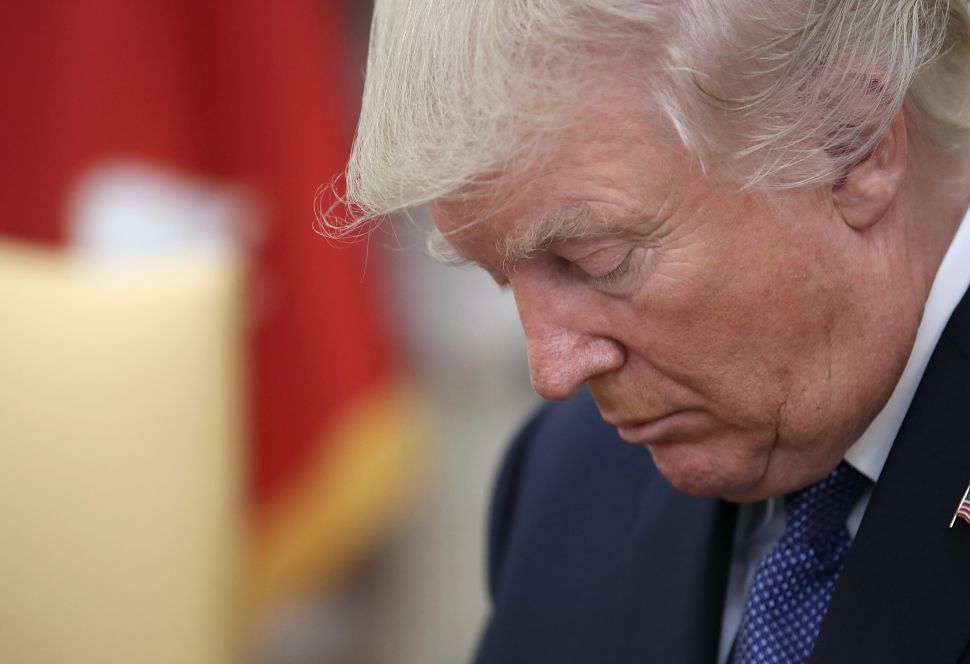