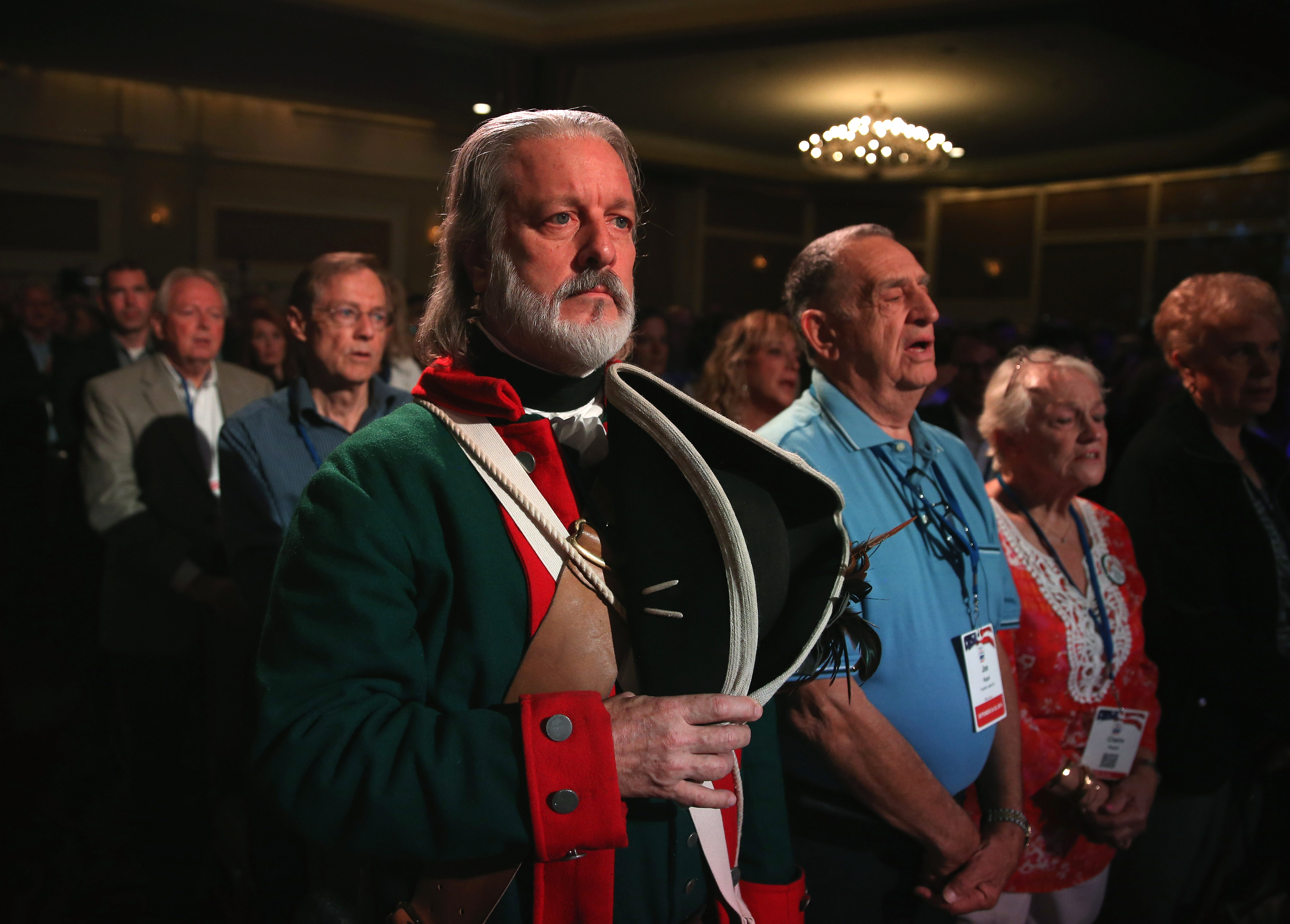 On Morning Joe on MSNBC, before Joe Scarborough asks a question to a guest, he first includes a 90-second sermon. “That’s right, Joe,” the guest will begin, when allowed to answer the host.

But on Tuesday, Scarborough did some serious preaching to the camera. He attacked evangelical Christians for their cynical alliance with amateur President Donald Trump. History shall judge them, he said.

“People will look back and wonder what the hell happened,” Scarborough said. “What fever gripped… the evangelicals that go to Value Voter Summits, or whatever they call it, and give Steve Bannon a standing ovation, welcome Donald Trump as a conquering hero?”

Both men spoke at the right-wing pep rally last weekend in Washington. Scarborough suggested they read the Bible, the Gospel of Matthew in the New Testament. As he spoke in the show’s first segment, he gestured repeatedly with his hands, finishing his fire-and-brimstone performance with 10 firm downward thrusts of his loosely clenched right fist.

“Go through the Beatitudes, every single Beatitude,” Scarborough continued. “You go through Jesus’s teaching… Donald Trump is the antithesis of just about every single thing that Jesus Christ said in the Sermon on the Mount. Go read it.”

Scarborough could have gone on to note that Christ, in the same address, also warned of the Pharisees, those holier-than-thou religious figures with pretentions to superior sanctity. They live today as men like Tony Perkins, Ralph Reed, Franklin Graham and Jerry Falwell, Jr.

All are frequent guests on Fox News Channel, the Trump propaganda factory. This network will take a bigger prime-time step into the religious right on October 30 with the launch of The Ingraham Angle with host Laura Ingraham at 10 p.m. on weeknights.

Ingraham, who often wears a gold cross on Fox, is a militant Catholic who attacked Obamacare for “backdoor funding of abortions” and “free contraceptives.” More recently, she saw the 59-person massacre in Las Vegas not as an issue of guns but of God, at least her version of him.

“We’ve done a lot to kick Christianity, God, to the curb in our society,” she said on Fox & Friends on Oct. 3. “We can’t say a simple prayer, even have a moment of silence, in a lot of schools… That’s just not good.”

The merging of the religious right with the race-based nationalists of Bannon and Trump is a shotgun marriage, perhaps mere foreplay to a political menage-a-trois with the gun zealots backed by Trump’s buddies at the National Rifle Association.

The mingling of religion and nationalism drew serious analysis this week in Politico and the Washington Post.

Politico mentioned Judge Roy Moore, a Republican who wears a cowboy hat and wields both a pistol and the Ten Commandments. Moore is likely to become a U.S. Senator from Alabama.

“The people of God are rising up in this land today,” Moore warned, as quoted in Politico. He’s being backed by Bannon and Sebastian Gorka. Both are nonreligious White House outcasts roaming the nation as prophets of a new political awakening.

Politico’s Tim Alberta predicted a Moore win would bring “a deepening alliance between economic nationalists and social conservatives, two distinct tribes that are growing codependent in the era of Trump.”

“For many years, leaders of the religious right exactly conformed Christian social teaching to the contours of Fox News evening programming,” Gerson wrote under the headline “The religious right carries its golden calf into Steve Bannon’s battles.”

Gerson wrote that an alliance between conservative Christians and those who exclude others and show bias will influence how the public views Christianity.

“They are associating the teachings of Jesus Christ… with ethno-nationalist ideology,” Gerson wrote. “This should be a sobering prospect for any Christian. But few seem sobered. Instead, the faithful give standing ovations to the purveyors of division and prejudice.”

To be sure, American intolerance, the religious right wing and mass media go back to the 1930s when Father Charles Coughlin preached as the Radio Priest. Coughlin targeted Jews. Ingraham, Sean Hannity and Tucker Carlson (Fox’s prime-time lineup) target Muslims and Mexicans.

The game is the same: attack a scapegoat, pander to fear and resentment. TV is more powerful, and one master of it—more than Scarborough—is Trump, an increasingly unstable, spiteful, destructive, large, loud, loutish, emotionally immature, 71-year-old, orange-faced, yellow-haired demagogue.

Scarborough, when mocking Trump, likes to cite Trump’s “33 percent” poll support (although it is marginally higher in most polls). But he also should consider that Trump’s followers include more than a few with hateful racial attitudes and close-minded religious certitude.

Rex Tillerson, the Latest Victim of ‘The Trump Show’ 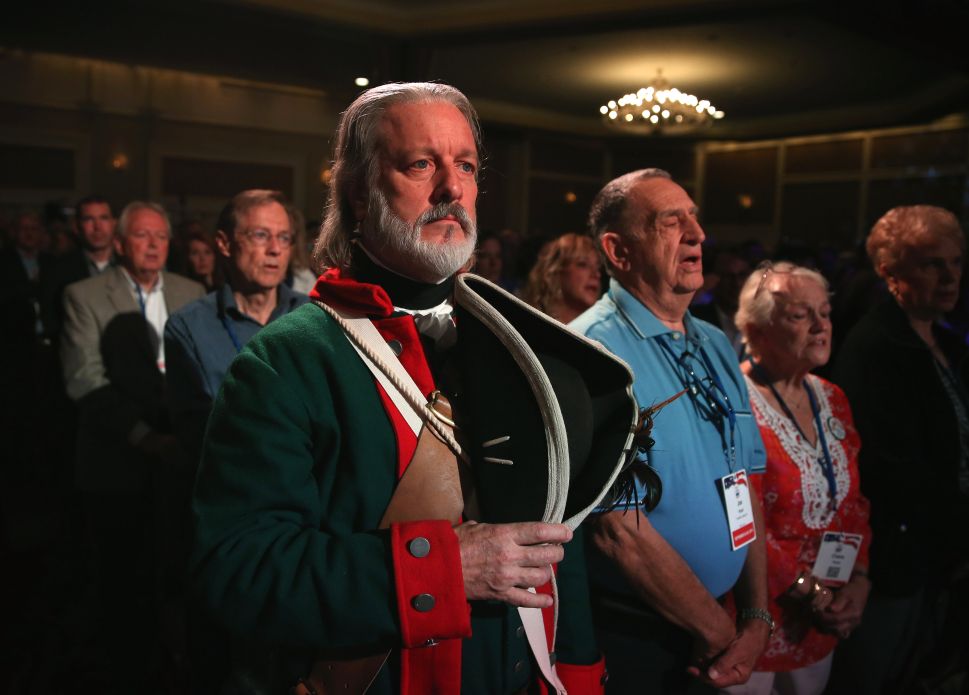