The heated rhetorical exchanges between Washington and Pyongyang have once again fired public interest in Korean war scenarios and the Korean information war.

Obvious truth tends to die in Beltway media darkness, but The Washington Post finally noticed the intent and utility of the Trump administration’s orchestrated information warfare operation, something Observer readers know I began covering in March and emphasized in August and September while mainstream media dismissed Trump as incompetent.

On October 7, the Voice of America published what I’ll call a double-barreled article, meaning it combined a military-political intervention scenario and an indirect (or inadvertent) sampling of Trump’s information operation.

VOA’s second barrel highlighted a comment President Donald Trump made on October 5 following a visit to the White House by top U.S. military leaders. Trump said the visit was “the calm before the storm.” When reporters asked the president to elaborate on “the storm,” he simply said, “You’ll find out.'”

But back to Barrel One. Emmott posited a Chinese military intervention in North Korea to convince the North Korean military to remove the Kim regime. Emmott wrote:

“Whereas a nuclear exchange with the U.S. would mean devastation, submission to China would promise survival, and presumably a degree of continued autonomy. For all except those closest to Kim, the choice would not be a difficult one.

China’s strategic gains from a successful military intervention would include not only control of what happens on the Korean Peninsula, where it presumably would be able to establish military bases, but also regional gratitude for having prevented a catastrophic war.”

But would Beijing’s gamble work? Emmott acknowledged the risks. Though China has superior military forces “…their inferior opponents have leaders who might be prepared to use nuclear weapons or other weapons of mass destruction, if they did not simply accept Chinese terms and surrender.”

Emmott added this upside: A Chinese invasion in lieu of an American-led attack “would stand a better chance of avoiding Kim’s likely response: an artillery attack on the South Korean capital, Seoul, which lies just a few dozen miles south of the demilitarized zone.”

In June, StrategyPage.com published an analysis of China’s relationships with North Korea and South Korea and argued that a united Korea “is something China is willing to go to war over to prevent, or at least make some serious moves in that direction.” This scenario maintains the division of Korea.

Presidents and their administrations have been talking to North Korea for 25 years, agreements made and massive amounts of money paid……

…hasn't worked, agreements violated before the ink was dry, makings fools of U.S. negotiators. Sorry, but only one thing will work!

To put it colloquially, The Donald continues to mess with Rocket Man.

Several months ago, Trump decided to give North Korea a relentless dose of its own threat-theater bombast. Trump seeds his threat-theatrics with customized belittling designed to rattle an imperious autocrat (e.g., Crooked Hillary, Little Rocket Man). Trump is conducting an information warfare operation, and one Kim Jong Un and his regime have not confronted, especially one executed by an American president. Trump didn’t undermine Secretary of State Rex Tillerson when he tweeted that Tillerson was “wasting his time” negotiating with North Korea. That drama was “good cop, bad cop,” with the goal of rattling Kim. Nor does Trump undermine Secretary of Defense Jim Mattis. That noted, at times it must astonish (and perhaps please) Mattis that this is the first time in his professional life he’s played the good cop.

Moreover, Trump’s information warfare operation isn’t all verbal theater, good cop-bad cop kabuki and tweetkrieg. The U.S. and its allies back the verbal assaults and tweets with shows of powerful and credible military force.

Trump’s information operation appalls mainstream media, despite the Washington Post’s belated and singular epiphany. Media geniuses continue to miss its point. The information warfare operation sends the message “hey dummy, it’s different.” It forces the Kim regime to recognize the geo-strategic situation has changed in ways that the regime did not expect and cannot control. Strategic patience is really over, Rocket Man. That’s Trump’s message and the Kim regime and North Korean military are its critical audiences, not the sideshow of mainstream media.

Which brings us back to VOA’s double-barreled article. VOA is U.S. government-funded and overseen by an independent agency.

VOA is editorially independent but is tasked with presenting a “balanced” view of issues. As its Wikipedia page notes, VOA radio broadcasts influence foreign public opinion, and I assume that holds true for its website. I doubt anyone in the Trump administration told VOA to write the October 7 article. From an editorial point of view, its newsworthiness alone justifies publishing it. Nevertheless, when juxtaposed, the article’s two barrels frame a choice for North Korea: Chinese intervention and survival versus Madman Trump’s war of annihilation. I’ll wager there are North Korean intelligence analysts and senior military officers who will read it that way and read it as a message. Kim Jong Un’s information warfare advisers certainly will.

Why, Kim might conclude it’s time to purge intelligence analysts and kill a few more senior military officers. Would Beijing read that as a sign of instability? Stay tuned.

With Afghanistan, Third President’s a Charm 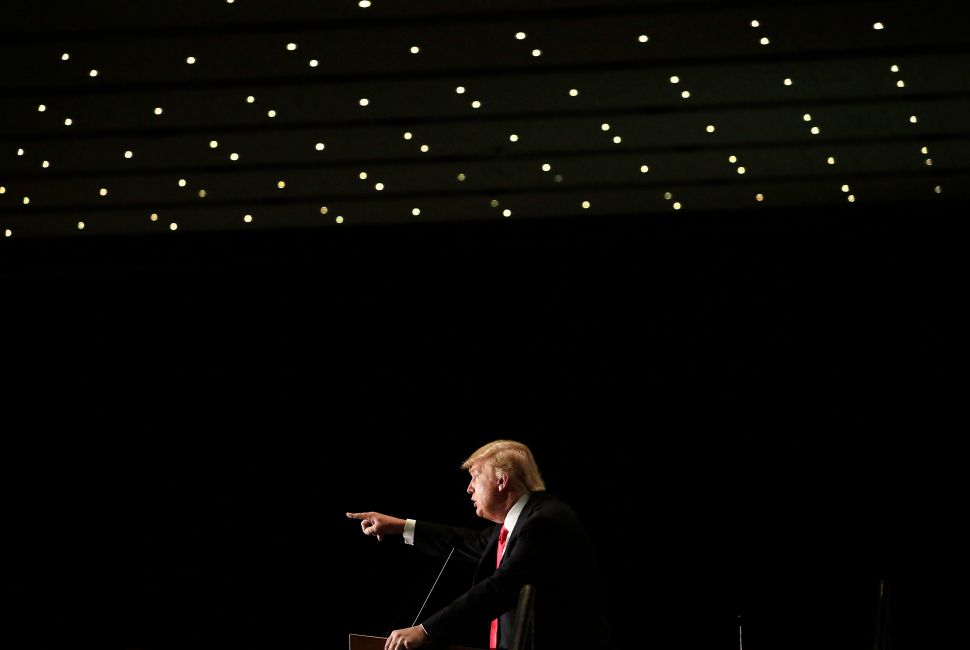