President Donald Trump’s announcement in early September that he was ending DACA, or the Deferred Action for Childhood Arrivals, stirred a great deal of controversy. The Obama-era program impacted of hundreds of thousands of immigrants and its removal will have far-reaching societal and economic consequences.

DACA in a Nutshell

DACA was created as an extension of the DREAM Act, which sought to grant conditional, and eventually permanent, residency to minors who entered the country undocumented before the age of 16. Additionally, applicants for DACA must have been younger than 31 on June 15, 2012. According to a Pew Research study, DACA protected nearly 790,000 young people from deportation.

There are an estimated 11 million undocumented immigrants in the United States according to the Migration Policy Institute. Of those 11 million, 1.9 million were eligible for DACA in 2016, and 780,000 accepted their DACA status. With a population that sizable, it’s inevitable that DACA recipients have a significant impact on the economy. And since Trump claims the economy is one of his priorities, the question becomes: How will rescinding DACA affect the American economy?

The estimated loss of GDP that the U.S. stands to lose should DACA recipients be removed from the country and the workforce is $460 billion. However, its removal would effect some states more than others. For example, California alone would stand to lose $11 billion per year—not a small chunk of change.

Additionally, the cost of deporting such a significant amount of people would cost the federal government quite a lot. According to a study by the Cato Institute, the federal government would incur nearly $60 billion in costs to remove all DACA recipients from the country. On top of all of that, since DACA recipients pay processing fees themselves, the program doesn’t cost anything to run.

Additionally, for those concerned that DACA recipients would be able to live off of the country’s social programs without paying into them, there’s no backing to that claim. According to DACA guidelines, DACA recipients aren’t eligible for means-tested welfare or subsidies under the Affordable Care Act. In fact, a study by the Immigrant Legal Resource Center finds just the opposite: Ending DACA would bring losses of $39.3 billion to Social Security and Medicare over the next 10 years.

Despite fears that undocumented immigrants adversely affect the American economy, the ILRC study seems to point to the opposite effect. The study showed that DACA increased hourly wage rates for recipients by 42 percent. And with increased wages comes higher tax revenue, which benefits all Americans—not just those in the program. Additionally, the study revealed that DACA recipients are buying homes. According to the ILRC study, 12 percent of the participants in the study purchased a home after becoming part of the program.

Is it Worth Rescinding?

Data overwhelmingly indicates that Trump’s decision to roll back DACA won’t put the country in a better economic position. So why would Trump do something that likely hurt the economy?

Trump’s campaign promised a crack down on undocumented immigration, and rescinding DACA would indeed fulfill that campaign promise. However, with a bevy of other economic issues currently plaguing the country, including funding the recovery from multiple hurricanes, DACA repeal would seem to be relatively low priority in comparison to situations like Puerto Rico post-Maria, which is quite literally life and death.

Trump’s move to end DACA doesn’t definitively mean the end of the program. When he made his announcement on the issue, he called on Congress to act on the issue within the next six months, so there’s still time for the legislative branch to come up with a solution.

Arguments for rescinding DACA generally center on the economic benefits of putting more Americans back to work. But at the cost of billions of dollars to the nation’s economy, it’s hardly easy to conclude that rescinding DACA is the most prudent idea.

Sean Devlin is a journalist who lives in New York City. A graduate of the CUNY Graduate School of Journalism, he’s covered politics, art, culture, music, and local news, and can probably beat you in Jeopardy. 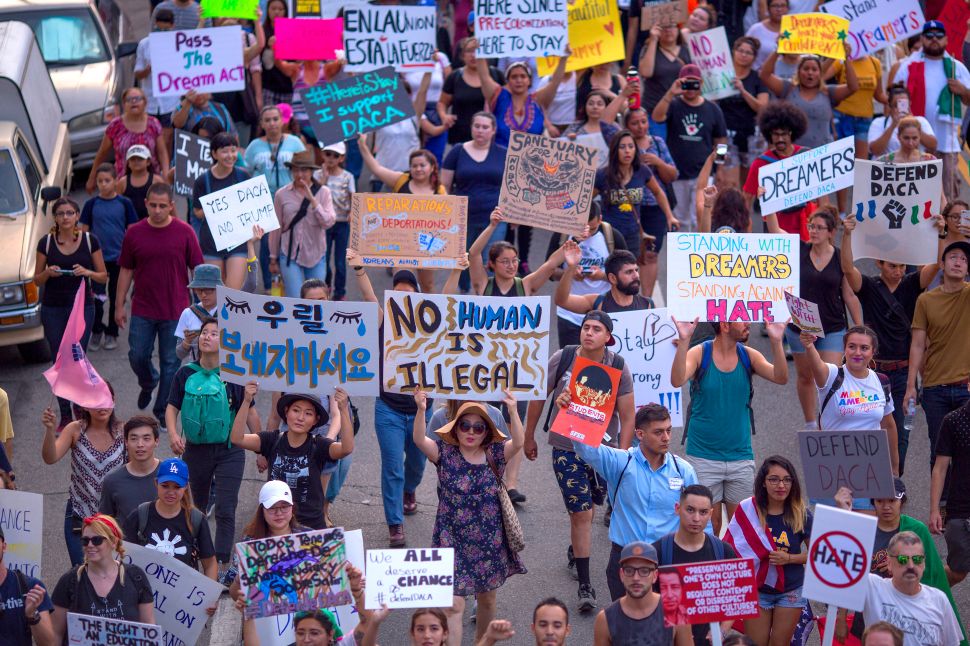