ESPN suspended on-air talent Jemele Hill on Monday for two weeks after she called out Dallas Cowboys owner Jerry Jones on her personal Twitter account. Hill previously found herself at odds with the network after she labeled President Donald Trump a “white supremacist” on the social media platform.

“Jemele Hill has been suspended for two weeks for a second violation of our social media guidelines. She previously acknowledged letting her colleagues and company down with an impulsive tweet. In the aftermath, all employees were reminded of how individual tweets may reflect negatively on ESPN and that such actions would have consequences. Hence this decision.” the network said in a statement.

ESPN may have suspended her under the belief that she was supporting an NFL advertiser boycott, which raises questions about the network’s loyalties when it comes to business partners and internal employees.

Here are a handful of Hill’s tweets from Sunday.

Don't ask Dak, Dez & other Cowboys players to protest. A more powerful statement is if you stop watching and buying their merchandise.

Cowboys have a huge national following. Lot of black & brown folks are Cowboys fans. What if they turned their backs on them? https://t.co/qezpPwDTAB

This play always work. Change happens when advertisers are impacted. If you feel strongly about JJ's statement, boycott his advertisers. https://t.co/LFXJ9YQe74

If you strongly reject what Jerry Jones said, the key is his advertisers. Don't place the burden squarely on the players. https://t.co/Gc48kchkuv

Just so we're clear: I'm not advocating a NFL boycott. But an unfair burden has been put on players in Dallas & Miami w/ anthem directives.

Hill’s tweets came in response to Jones’ announcement that any Cowboys players that do not stand for the National Anthem will not be permitted to take the field.

At no point in Hill’s posts does she call for an advertiser boycott. Instead, she notes that fans that are upset by Jones’ controversial comments can take action in responsible ways. Suspending her opens up the news outlet to criticisms over its journalistic practices and priorities.

Last week, Hill penned an essay for The Undefeated in which she expressed regret for letting her employers and co-workers down with her previous controversial tweets.

“Twitter wasn’t the place to vent my frustrations because, fair or not, people can’t or won’t separate who I am on Twitter from the person who co-hosts the 6 p.m. SportsCenter,” Hill wrote then. “Twitter also isn’t a great place to have nuanced, complicated discussions, especially when it involves race.”

However, Hill made sure as to not backtrack her comments about President Trump.

“Also, let me be clear about something else: My criticisms of the president were never about politics. In my eyes, they were about right and wrong,” she wrote. “I love this country. If I didn’t, I wouldn’t want it to be better.”

According to a recent report by data-driven marketing agency Fluent, 62 percent of football fans disagree with Trump’s comments suggesting that NFL players who kneel in protest of the National Anthem should be fired. 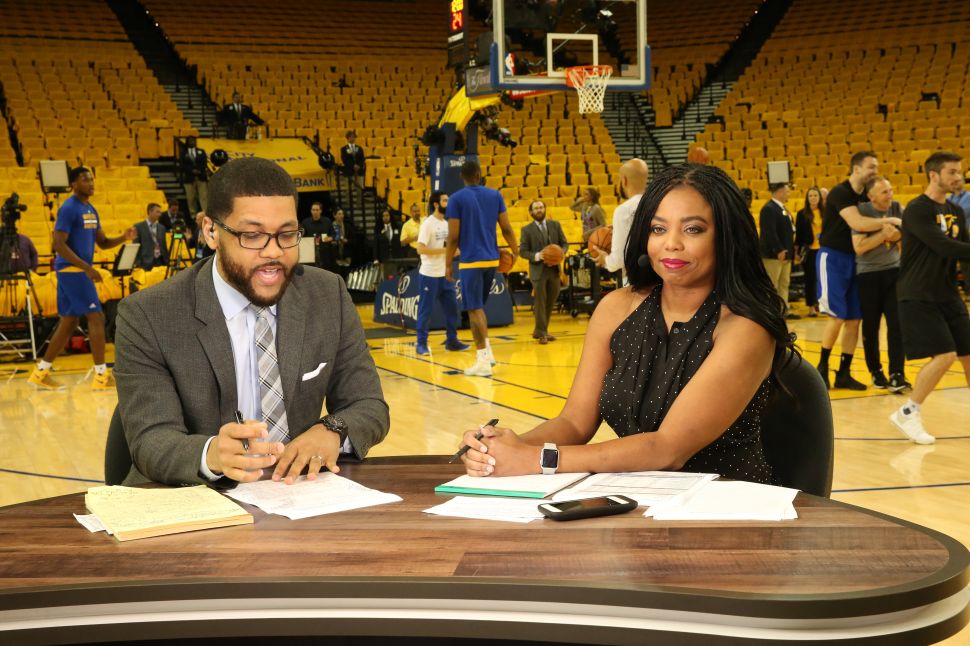