Following the explosive indictments of Paul Manafort and Rick Gates in Robert Mueller’s investigation, Russia’s cyber-interference in the 2016 election has fallen back into the political spotlight as Facebook, Twitter, and Google face hearings intended to delve deeper into how the tech giants allowed, however unintentionally, so much virtual manipulation on behalf of the Kremlin.

Through fake accounts, rapidly engineered “bots” designed to impersonate far-right political personas, it has been proven that Russian intelligence successfully manipulated the social flow of “public” opinion in Donald Trump’s favor, sanctioned over 3,000 bogus political ads attacking Hillary Clinton or hailing Donald Trump, and even organized Trump rallies that were unknowingly condoned by Trump on Twitter. Throughout the ongoing investigation, Facebook has been cooperative, turning over the ads to lawmakers last month and publically disclosing financial information, such as the fact that they profited over $150,000 from the Russian-linked ads.

However, Facebook still faces criticism from researchers and investigators that the campaign ads are only a small piece of the puzzle, and that the social media giant isn’t doing enough to uncover the full scale of Russian interference.

In May, Oxford Internet Institute Professor Philip Howard and his colleague Robert Gorwa wrote in an op-ed to The Washington Post, “If there was collusion between the Trump campaign and Russian influence operations, Facebook may be able to spot that too. In many ways, massive coordinated propaganda campaigns are just another form of election interference. If Facebook has data on this, it needs to share it.”

Lawmakers are requesting not only the advertisements, but also the falsely-engineered, “organic” unpaid content spouted from the virtual mouths of fake politically-active Facebook users. To understand the flow of fake information and how it is appears on real users’ feeds, lawmakers may also require Facebook to hand over information on how such data was prioritized and ranked during the election.

Facebook spokesman Andy Stone stated, “We have a responsibility to do everything we can to prevent this kind of abuse on our platform. That’s why we’re helping investigators—sharing what we know so they can get the full picture of what happened and give that assessment to the American public.”

Representatives from Facebook, Twitter, and Google reported to a Senate Judiciary hearing discussing “Russian disinformation online” on Tuesday, followed by intelligence committee hearings with the House and Senate on Wednesday. Lawmakers like Mark Warner, the highest-ranked Democrat on the Senate Intelligence Committee, have accused Facebook of only revealing “the tip of the iceberg” when it comes to Russia’s cyber-hijacking of social media during the election. Congressional investigators are expected to use the hearings as an opportunity to delve deeper into how the companies were so easily manipulated by Russian intelligence, and how they plan to decrease susceptibility to foreign influences in the future. 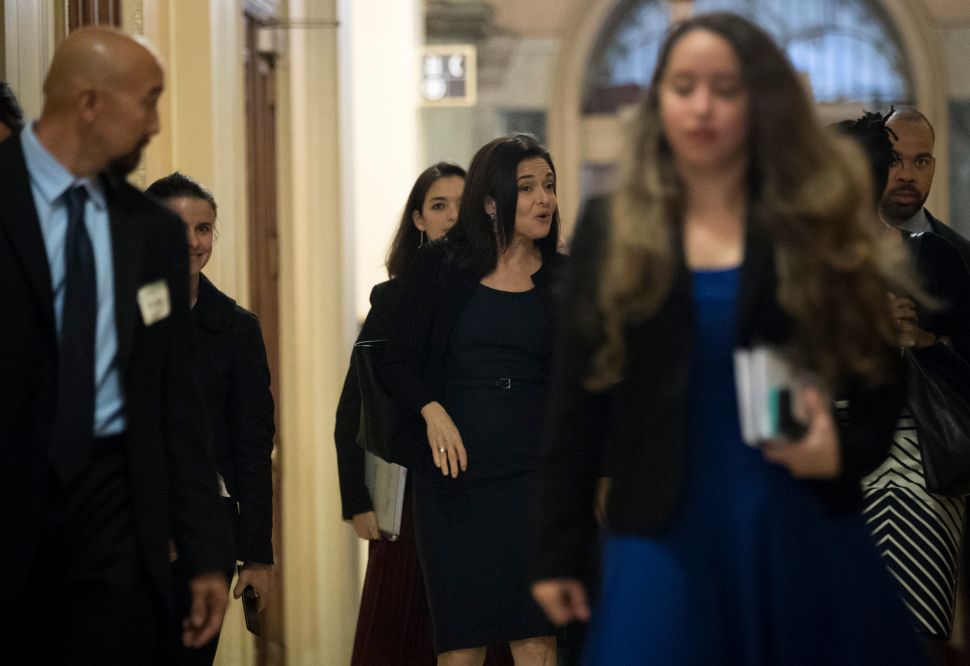