“Ukraine’s glory, nor her freedom have not yet died, upon us, young brethren, fate shall smile once more,” the Ukrainian choir sang as coal from Pennsylvania was unloaded from the American barge Ocean Ambitious. “Our enemies will perish, like dew in the morning sun, and we too shall rule, brothers, in our own land.”

On September 13, the first 62,000 tons of coveted U.S. anthracite, a compact variety of coal, arrived in Odessa, Ukraine.

During the celebration, U.S. Ambassador to Ukraine Marie Yovanovitch—with American and Ukrainian flags flying behind her—pledged more shipments from Pennsylvania in the near future. By her side, Ukrainian Minister of Infrastructure Volodymyr Omelyan called the coal “one of the symbols of Ukrainian independence.”

“We were promised death without [Russian] natural gas,” he said, “We survived. We were promised energy blockade—we found the way out. We will win our fight, and we will be victorious!”

The second barge with U.S. coal is on its way to Ukraine, and it will bring 125,000 tons of anthracite.

Xcoal is set to ship 700,000 tons of thermal coal to Ukraine by the end of the year.

“What a shame!” is the general reaction in Ukraine.

In 2013, a year before the Maidan Revolution broke out in Kiev, Ukraine produced about 85 million tons of coal annually. Of this, the country sold approximately eight million tons to 50 countries around the world, making a profit of $660 million. Ukraine had so much coal that it did not have enough storage facilities to keep it.

Ukraine’s Minister of Energy Ihor Nasalik said Russian coal costs $80 per ton and American coal costs $113 per ton. The difference is the price of “energy independence.”

(The price for a ton of the best anthracite on the separatists’ side is $50.)

One of the reasons Kiev doesn’t trade with the two separatist republics is because it desperately wants to choke their economies—which are supported by coal.

Considering the geography—Russia borders the separatist regions—this is like trying to stop a handful of from running through one’s fingers.

Unlike the ban on importing goods from Crimea, the EU has not imposed a formal ban on goods from Ukraine’s separatist republics.

The amount of coal exported to Russia and to the EU via Russia would have been much higher if Russian railroads weren’t overloaded with construction materials for the bridge Russia is building to Crimea.

This month, Ukraine realized Russia isn’t the only country eager to deal economically with the separatist regions.

It turns out that Poland, Ukraine’s staunchest supporter in Europe, is directly involved in coal trade with the separatists. Although the exact amount remains unknown, at least 11,000 tons of anthracite were delivered to Poland from the separatist regions in September 2017.

The Polish Embassy said of the reports, “Regarding the latest publications on imports of anthracite from the east of Ukraine, the Ministry of Foreign Affairs of the Republic of Poland, in the first place, notes that Poland invariably stands in the position of respect for the territorial integrity of Ukraine and does not recognize the separatist ‘people’s republics’ in the Donetsk and Lugansk regions.”

Polish Minister of Energy Krzysztof Tchórzewski insists that Poland is not capable of prohibiting importing coal from Donbass. “Frankly speaking, I don’t know how to block this import technically. Maybe, it’s just a rumor? Probably, it’s Russian coal?” he asked. He pointed to the fact that the amount of uncovered imported coal was small. “We do not pay attention to such small amounts of supply. In Poland, the coal market is evaluated in million of tons.”

According to him, importing coal from Ukraine’s separatist regions does not break international law.

His Ukrainian counterpart, Ihor Nasalik, demanded that Poland not buy coal from the separatists and not support the “occupational regime” financially.

“It’s a very unpleasant situation,” he said. “We buy coal from the U.S. and from African countries, but Poland [buys] from our occupied territories,“ he said.

The desperate appeal fell on deaf ears; Poland will continue to buy coal from rebellious territories, the Polish minister insisted, since the issue was never raised officially.

The incident is a serious harbinger.

Having declared its energy independence from Russia, Ukraine is buying Russian natural gas from countries like Slovenia at a premium.

Having rejected dealing directly with its rebellious republics, Ukraine is doomed to buy coal from separatists via countries like Poland at the world market price with the profits going into the coffins of separatists and corrupt individuals in Kiev.

Tensions Mount and Insults Fly for Russia and Poland Over Memorials 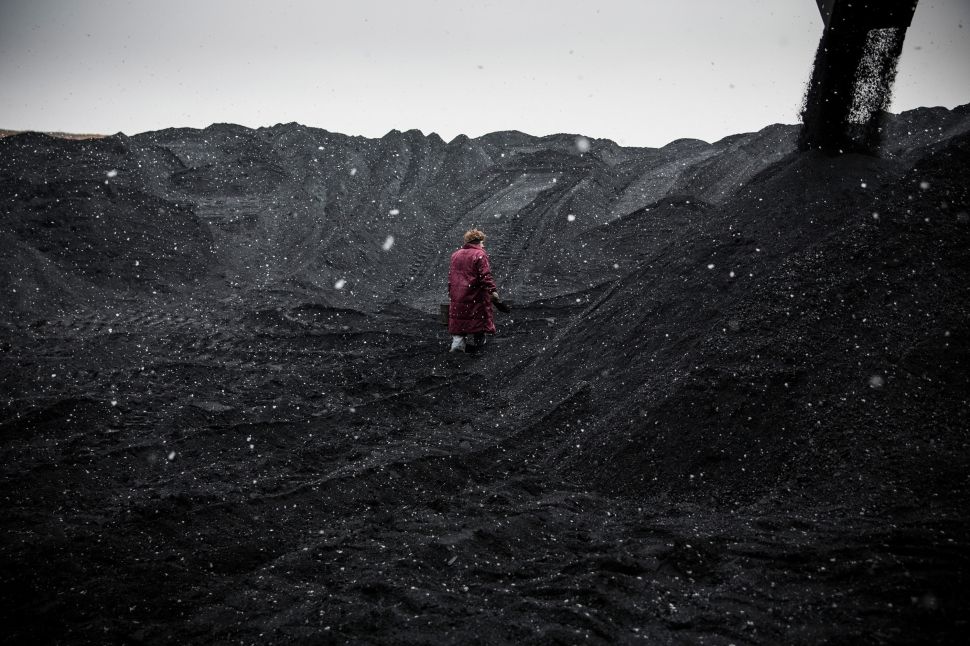