Nine months ago today, a salacious report appeared that alleged close ties between the Kremlin and President-elect Donald J. Trump, thereby upending American politics. Published by BuzzFeed, the so-called Steele dossier ignited a firestorm with its assertions that Russian intelligence had quietly boosted the president-elect for years and possessed embarrassing personal and financial information on the man about to enter the White House.

That Moscow has such compromising material, what the Russians term kompromat, on Trump led to awkward questions that the still-forming White House brushed away with counterclaims that the entire dossier is fake, a put-up job. The president termed the detailed, 35-page dossier a “hoax,” “totally made-up stuff,” and dismissed it altogether as just more “fake news,” to cite Trump’s favorite phrase.

The matter has taken on renewed urgency with reports that the Steele dossier is being closely examined by Special Counsel Robert Muller, including dispatching investigators to Britain to interview Christopher Steele, the dossier’s complier. A security consultant and former officer of Britain’s Secret Intelligence Service (popularly known as MI6) with considerable experience in Russian matters, Steele presumably had a lot to say.

Mueller’s investigators want to know more about the dossier’s background, about which there remain questions—even though the essential outline of how it came to be is already clear. Steele’s dossier is something rarely seen by the public: a raw, unfiltered human intelligence assessment. This is the sort of thing Steele compiled during his MI6 service, so it’s no surprise that he repeated the exercise when he examined Trump’s Kremlin connections.

However, such raw HUMINT reports are unfamiliar to the public, which focused on Steele’s porn-worthy allegations more than the substance of alleged collusion between Trump and Moscow. The dossier, being unfiltered intelligence, some of it derived from second-hand sources in Russia, is best considered lead information only, that is, a jumping-off point for additional investigation—not the final word on anything. As a stand-alone report, its uses are limited for any seasoned intelligence analyst.

Not to mention that there have always been good reasons to doubt some of Steele’s revelations. While the dossier’s depiction of Kremlin politics—what spies call “atmospherics”—are undeniably true, many of the specifics are unverifiable. When the dossier appeared in January, veteran Kremlin-watcher David Satter observed that the whole exercise reeked of a Russian provocation, making a case that’s plausible to those who understand Chekists.

Satter noted that the dossier nicely met Vladimir Putin’s overall objectives, in particular making American politics as bitter, divided, and unpleasant as possible, while not revealing very much substance. Its observations about Kremlin atmospherics, while accurate, were mostly pedestrian. Moreover, Satter made an important observation about the dossier’s best-known claim regarding a pornographic tape allegedly made of Trump during a 2013 visit to Moscow:

“The description of Trump’s using prostitutes to urinate on the bed in the Ritz-Carlton Hotel in Moscow, where the Obamas slept, bears a striking resemblance to the work of the ‘novelists’ in the Russian Federal Security Service whose job it is to come up with stories to discredit individuals without much regard for plausibility. My entry in Wikipedia was recently changed to say that I was expelled from Russia in 2013 for running a brothel with underage girls. The style is eerily similar.”

Indeed it is, and the dossier’s “pee-pee tape” claim is viewed with derision by most Western spies who know the Russians. It’s very likely that the Kremlin possesses kompromat on the president—senior intelligence sources from several countries have confirmed to me that unpleasant videos of Trump exist—yet there’s no reason to believe Steele’s particular claim here, without corroborating evidence.

The idea that the Steele dossier represents an exercise in Chekist provokatsiya gets more plausible the more you look at it. It’s very much in the habits of Russian intelligence to disseminate a great deal of accurate information, sometimes muddied, in the service of a greater lie. The KGB’s successors are highly adept at assembling disinformation that results in more questions than answers for Western investigators. There’s no doubt that the dossier created enormous political churn in Washington—including murky assertions that haven’t been resolved yet and perhaps never will be.

Take one of the dossier’s explosive claims, namely that Michael Cohen, Trump’s personal lawyer, secretly meet with Kremlin officials in Prague in 2016 to coordinate propaganda operations to harm Hillary Clinton’s campaign. Now, we know that Moscow certainly did push a lot of propaganda against Clinton in 2016, through spies, online trolls and cut-outs like Wikileaks. We can also now confirm some degree of collusion between the Trump campaign and Russians with Kremlin connections. And Cohen certainly appears to possess questionable ties to Russia that merit examination.

Moreover, it’s perfectly plausible that the Prague meeting happened. The Czech capital, as I’ve previously noted, is a hotbed of Russian espionage activity; Kremlin spies would consider Prague a “safe” European venue for such a clandestine meeting with Team Trump. Not to mention that an important Russian hacker believed to be tied to 2016 online propaganda against Clinton has been arrested in Prague.

But did the August 2016 meeting actually happen? Cohen, predictably, has categorically denied that anything of the sort transpired, dismissing the dossier’s claim as “entirely false.” He may be telling the truth, or at least a half-truth. On the heels of BuzzFeed’s publication of the dossier, Newsweek reported that Estonian intelligence spied on the Prague meeting, citing an unnamed “Western intelligence official.” Word quickly circulated in spy circles that this constituted proof of Steele’s claim.

Except it doesn’t. Estonia has fine spy services, but they excel at counterintelligence and technical intelligence. Their reach is limited, as one should expect of a country with only 1.3 million people. Nobody I know in Tallinn’s security circles had heard of Estonians spying on a meeting in far-away Prague—an impossibility given the tiny country’s size, where everybody in the security agencies knows everybody else

Not to mention that Estonians wouldn’t dare conduct an espionage operation in Prague by themselves, what spies call a “unilateral.” The Czech Republic is a fellow member of NATO and the European Union, and Tallinn would have informed Prague of its spy plans, and most likely it would have turned into a joint Czech-Estonian spy operation against the Russians. Again, nobody in Prague I know heard anything about this sort of thing happening in August 2016.

On top of that, it’s highly likely the Estonians (and Czechs) would have informed the U.S. Embassy in Prague of their joint operation, since the targets included Americans—some of them closely tied to the Republican presidential nominee. Then, American spies would have gotten involved in the operation too, and even more people would have known about it. Nobody I know in our Intelligence Community heard anything about the alleged Prague meeting.

To sum up, there’s every reason to think Team Trump colluded with the Russians in 2016, but there’s simply no convincing evidence that the Prague meeting happened in August of that year. Meanwhile, there are plenty of strong hints that it did not. It’s entirely possible that Michael Cohen secretly met with Kremlin representatives in other European cities—nobody acquainted with this story would be surprised by that—but Cohen’s specific denial here may well be accurate.

The Steele dossier should be treated with caution. The Kremlin has long run complex spy stories together—creating “faction” by mixing bona fide information with disinformation—to confuse Western intelligence, and they may very well have done it again here. Those seeking the truth of Donald Trump’s relationship with Moscow should view the dossier as a jumping-off point for more investigation and no more. Otherwise, you may get quickly lost in what seasoned counterspies term the wilderness of mirrors. 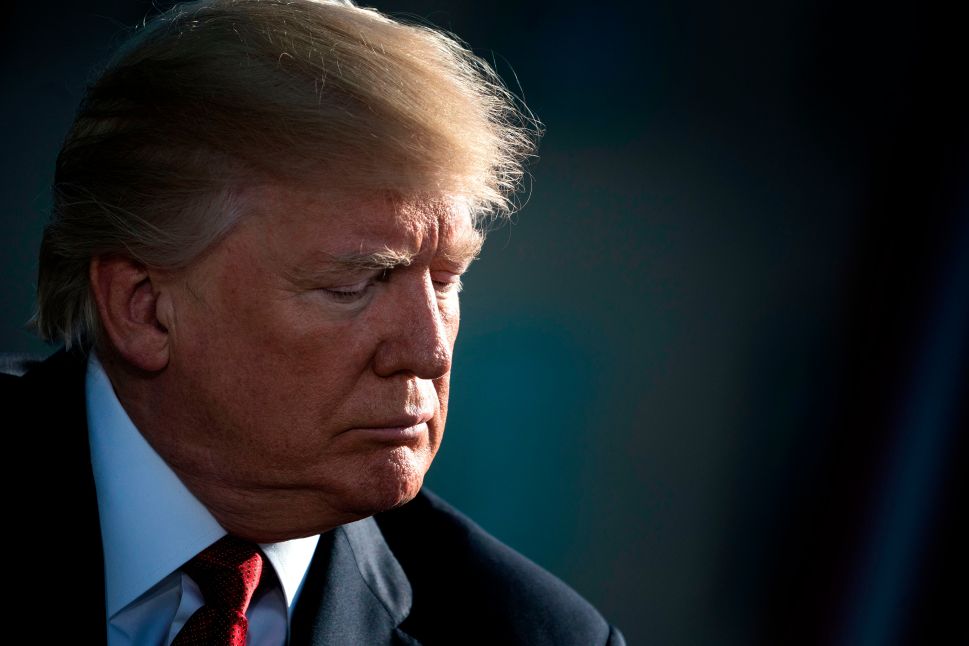