Amidst the aftershocks of the Harvey Weinstein scandal, with more and more Hollywood women coming out of the woodwork with horrific stories, the fashion industry has stumbled upon a scandal of its own in Terry Richardson. To call the emerging news of the renowned, now infamous photographer a scandal seems like a euphemism; like in Weinstein’s case, the signs were not only there, but had warped into a cultural and industrial norm.

Although his behavior reflected that of a foolhardy criminal, dismissing all caution because he knew he was on the verge of discovery anyway, it wasn’t recklessness that led to the escalation of Richardson’s conduct from bad to worse. He was enabled by an industry that had adapted to sexual harassment, contorting its social rules to accommodate a top talent—the photographic visionary that brought an unreplicable mix of ingenuity, artistry and sexuality to every portrait. It wasn’t until an email by James Woolhouse, executive vice president and chief operating officer of Condé Nast International, to the publishing powerhouse’s global vice presidents advising them to cease all business collaborations with Richardson, was made public, that the industry seemed to take his well-known behavior seriously.

“Condé Nast has nothing planned with him going forward. Sexual harassment of any kind is unacceptable and should not be tolerated,” a Condé Nast International representative told Business of Fashion.

Though this is a wise and thoughtful decision on behalf of Woolhouse, the question remains: why was a decade of alleged sexual misconduct between Richardson and models on-set able to fester and worsen, until a powerful magazine executive decided to fire off a single email? Similarly, it was only this past week that the Council of Fashion Designers of America (CFDA) updated a website page about their Health Initiative to provide resources and support for reporting sexual assault in the industry.

The volcanic level of allegations of Weinstein’s sexual misconduct (over fifty actresses and women in entertainment have come forward so far) drew the eye of the mainstream media to the sexism and abuse that had been overshadowed by money and the influence of powerful men for far too long. Like Weinstein, Richardson is an industry legend. He’s shot Kate Moss, Gisele Bundchen, Cara Delevingne and Miranda Kerr, but also Oprah Winfrey and Barack Obama. He’s directed music videos for Beyoncé, redefined fashion photography with his signature, often explicit style, and worked with almost every major fashion house and magazine in the biz. Almost as far-reaching as his artistic legacy are the complaints of abuse; allegations against Richardson go back as far as 2001. Among the most disturbing are reports of coercing young models into sexual acts, images of an intern performing oral sex on him and models being ejaculated on by Richardson for photographs. Richardson’s response to over a decade of these accusations can be best summarized in a comment his spokeswoman made to Buzzfeed: “He is an artist who has been known for his sexually explicit work so, many of his professional interactions with subjects were sexual and explicit in nature but all of the subjects of his work participated consensually.”

The word consensual can make or break a career, depending on how it is interpreted. Richardson uses it as an advantage, rather than a scapegoat, a term whose definition provides a convenient grey area when things get messy. In 2014, Richardson wrote a letter titled “Correcting the Rumors” to The Huffington Post, which defended his behavior and downplayed his indiscretions by equating them with those of other powerful industry photographers.

“Like Robert Mapplethorpe, Helmut Newton and so many others before me, sexual imagery has always been a part of my photography,” he wrote. “I have never used an offer of work or a threat of rebuke to coerce someone into something that they did not want to do.”

As the Weinstein case paves the way for the prosecution of men who abuse their power for sexual gain, the rumors have not only been corrected, but confirmed. 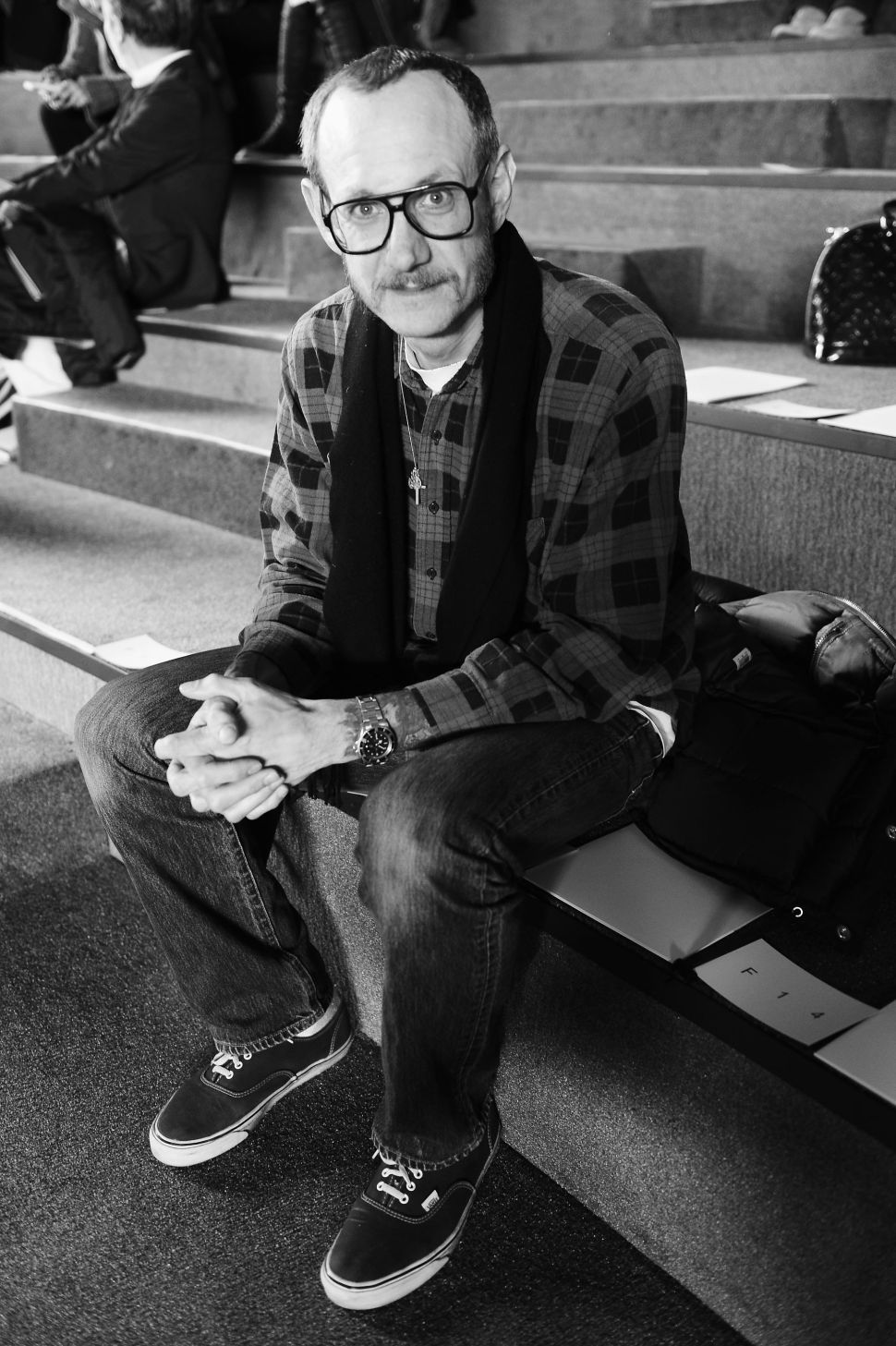