Lyft has named Katie Dill, former director of user experience at Airbnb, as the ride-hailing giant’s VP of Design. In this role, Dill will build products for Lyft’s driver and passenger community and grow the company’s design team based in San Francisco, a representative from Lyft told Observer. The news was announced by TechCrunch earlier this morning.

The hire is the first major executive decision since Lyft received $1 billion in private investment from Google earlier this month. Dill was connected to the job through Frank Yoo, head of product design at Lyft since February 2014, the company told Observer.

While on the surface Lyft and Airbnb operate in very different businesses, Dill said her skills from space-sharing are highly transferrable to ride-sharing. “The similarities [between the two companies] are that Lyft is working at building a service that goes into the online and the offline worlds, it develops a community, and it’s helping to leverage hospitality to make an experience great,” she told TechCrunch.

Lyft is taking a stronger-than-ever foothold in the ride-hailing market by both investor confidence and consumer measure as its biggest rival, Uber, loses ground amid scandals and leadership crisis. Just six months before the Google capital infusion, Lyft raised $600 million from a consortium of private equity and venture capital firms.

At the beginning of 2017, only half the U.S. had access to Lyft; now the number has risen to 95 percent, according to Dill. “That kind of rapid growth certainly has lots of potential, but also has lots of challenges,” Dill told TechCrunch.

Tali Rapaport, Lyft’s VP of Product, told Observer, “Katie is a world-class designer and leader who can scale Lyft through our next stage of growth.”

On the company website, Lyft is currently recruiting several producer and manager positions for its design team. 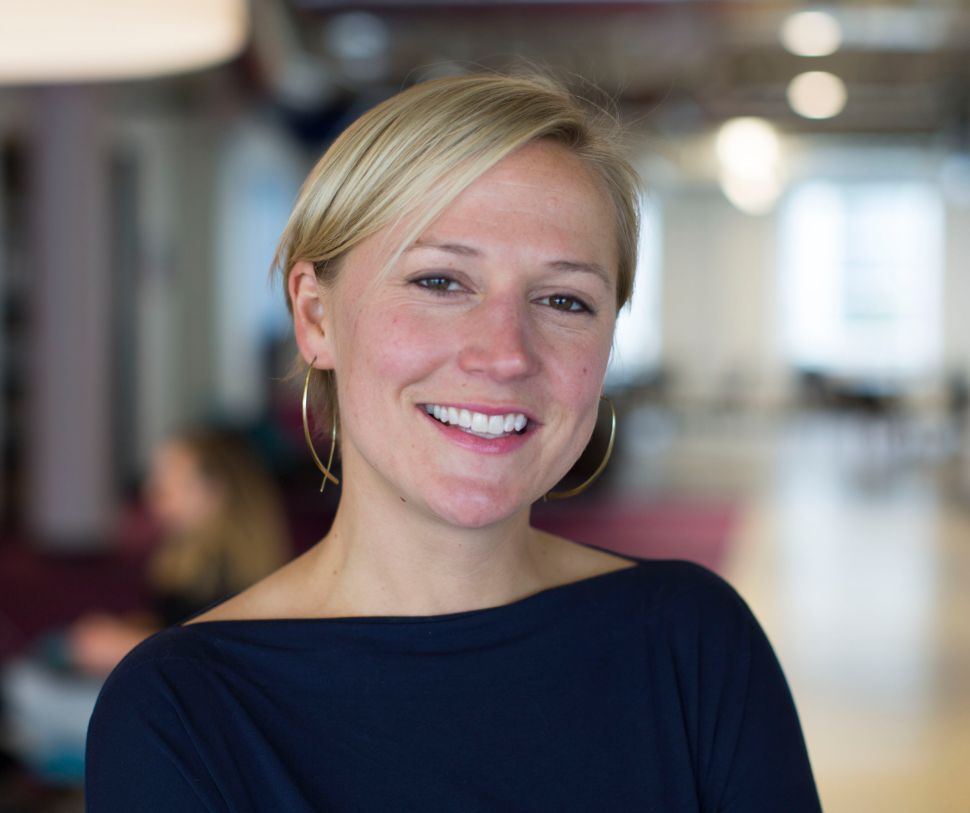