Turmeric is a spice that’s been essential to many cultures, and has a long history dating back about 4,000 years. Native to areas such as India, Sri Lanka, and Indonesia, turmeric has been used to treat a variety of conditions over the centuries, and it’s recently seen a resurgence in popularity, with modern practitioners of alternative therapies touting its medicinal properties. Over 1 billion people worldwide regularly consume turmeric as part of their diet.

Widely used for its flavor in cooking, turmeric comes from the plant Curcuma longa, a member of the same family as ginger. It is used to give color to mustard, butter and cheese, and also provides the flavor and color to Indian curry. Over the centuries, turmeric has been thrust into the spotlight for its promising disease-preventing abilities.

The reason why turmeric appears to be effective in treating illness and disease has to do with an active compound called curcumin, which was discovered about a century ago. Curcumin is the major yellow pigment in turmeric and it’s what gives the plant its color and flavor. Most importantly, it’s a powerful antioxidant and anti-inflammatory substance.

Turmeric tea is brewed using grated turmeric root or pure powder. There is no specific daily recommendation for turmeric tea, but research has suggested that regular consumption may have benefits in dealing with the following conditions:

India, where turmeric has been prevalently used for centuries, has a low incidence of Alzheimer’s disease, which some people attribute to the plant’s popularity. A devastating condition, Alzheimer’s occurs due to the deterioration of cognitive tissue, the build-up of amyloid plaque, and the inflammation of nerve cells. Together this leads to deterioration in memory and cognitive processes. It has been suggested that the compound curcumin helps the immune system destroy amyloid plaque, reducing the production of inflammatory cytokines. In doing so, brain function deterioration is reduced, slowing down the development of Alzheimer’s disease. Epidemiological studies have looked at the neuroprotective effect of curcumin and have demonstrated that regular consumption has reduced other cognitive deficits in the elderly.

Over the years curcumin has been a main focus for research regarding its strong anti-tumor effects. In fact, several preclinical trials have demonstrated curcumin to have both chemopreventive and anti-tumor effects against certain types of cancer. This naturally occurring polyphenolic compound recently has shown promise as a dietary therapy for pancreatic cancer.  Of course, it shouldn’t be thought of as a primary means for treating cancer, but it may reduce tumor promotion and minimize the spread of cancer.

Ulcerative colitis is a chronic, inflammatory bowel disease causing inflammation in the digestive tract. The disease tends to flare up and subside at random.  Studies have shown people with ulcerative colitis who took curcumin had a significantly lower relapse rate than people who did not take curcumin.

A meta-analysis showed curcumin had a high effect in reducing symptoms of depression, such as irritable mood, reduced interest in pleasurable activities, fatigue or feelings of worthlessness. The analysis suggests that curcumin could possibly have a role in treating the symptoms of major depression.

How to use turmeric to maximize its health benefits:

At this time there is no clear recommendation for turmeric or curcumin dosage. However, the University of Maryland Medical Center suggests one to three grams of dried, powdered turmeric root each day is sufficient. Most grocery stores spice sections sell either whole or ground dried turmeric. Tumeric powder will have the highest concentration of curcumin. To help increase the absorption of curcumin, it is best to consume it with a meal, especially with fatty foods such as olive oil, avocado, fish oil and seeds.

To make turmeric tea, boil 4 cups of , add one teaspoon of ground, grated or powdered turmeric and reduce to a simmer for 10 minutes. Then strain the tea through a fine sieve into a cup and add honey or lemon to taste.

A cautionary note on turmeric:

Certain medications may have adverse reactions to turmeric. Before using turmeric, discuss with your physician if you are using blood thinners (Coumadin, Plavix and aspirin), acid reflux medications (Tagamet, Pepcid, Zantac, Nexium, Prilosec and Prevacid) or diabetes medications.

Dr. Samadi is a board-certified urologic oncologist trained in open and traditional and laparoscopic surgery and is an expert in robotic prostate surgery. He is chairman of urology, chief of robotic surgery at Lenox Hill Hospital. He is a medical contributor for the Fox News Channel’s Medical A-Team. Follow Dr. Samadi on Twitter, Instagram, Pinterest, SamadiMD.com, davidsamadiwiki, davidsamadibio  and Facebook 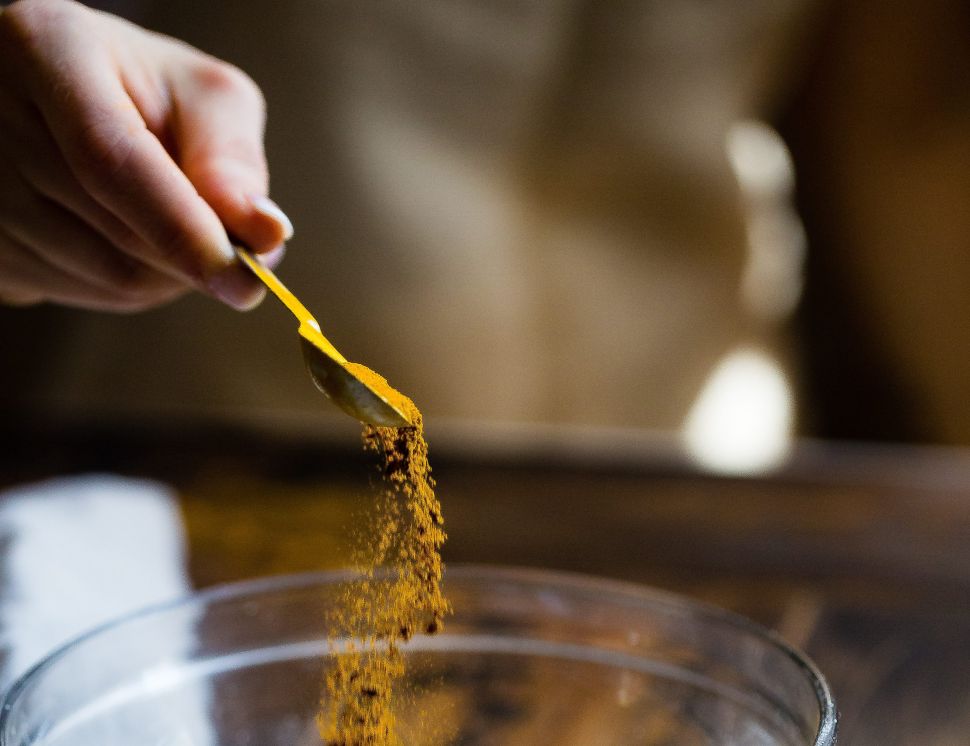