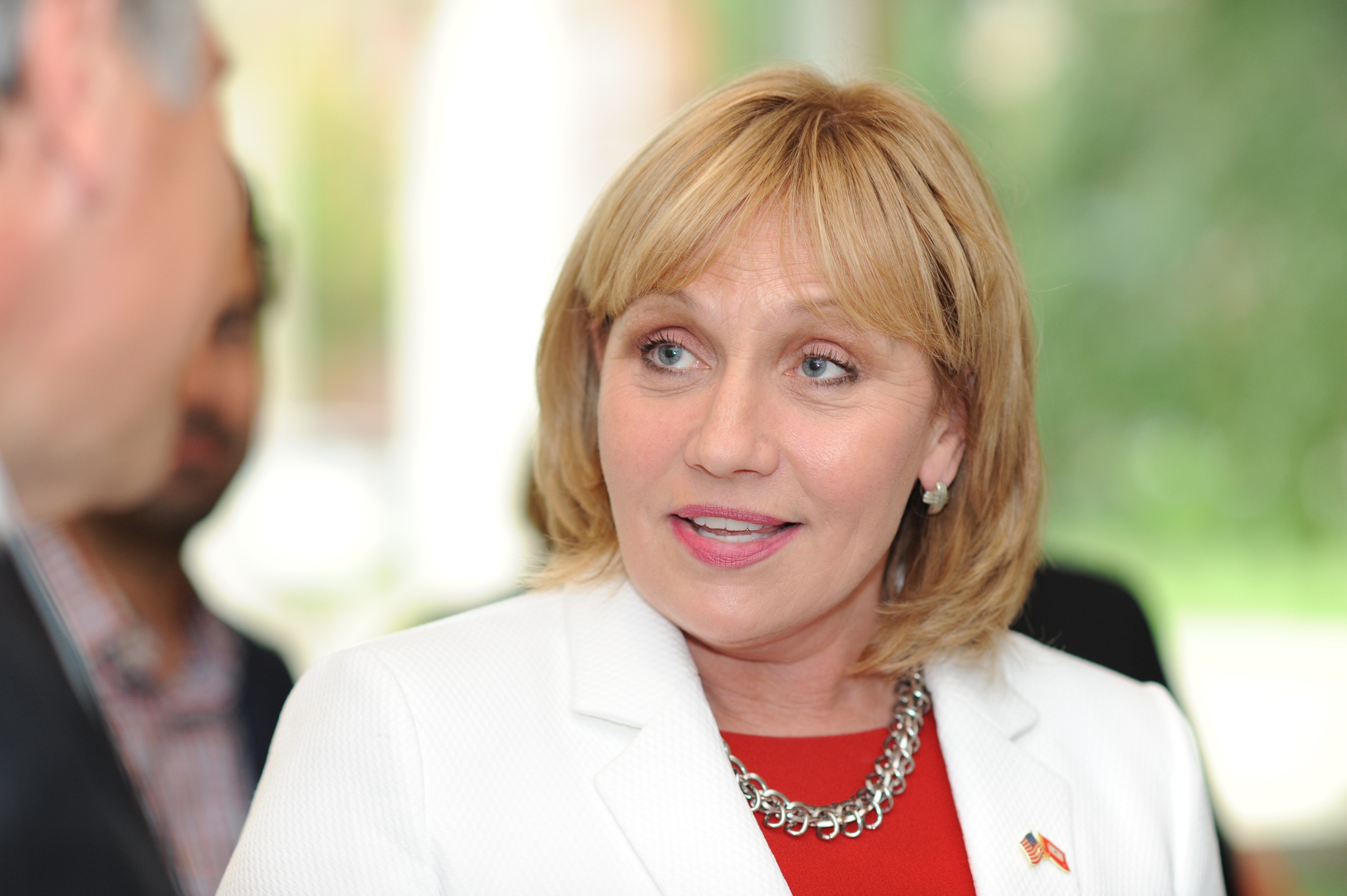 Kim Guadagno on Thursday seized on an immigration enforcement raid that rounded up criminal immigrants in Middlesex County last week, citing the arrests as proof that sanctuary city policies are dangerous for New Jersey.

Guadagno, the Republican nominee, hosted a news conference in Sayreville days after the U.S. Immigration and Customs Enforcement announced it picked up 36 immigrants in the county who were previously arrested or convicted of crimes. A statement from ICE said it targeted individuals who were released from Middlesex County Jail without honoring ICE detainer requests. But it’s not clear how many of the 36 who were arrested had been released from jail due to the county’s so-called sanctuary policies.

In the waning days of the governor’s race, Guadagno has latched onto immigration enforcement as she tries to close the double-digit gap between herself and her Democratic opponent, Phil Murphy. Murphy has said he’s willing to make New Jersey a sanctuary state if elected governor. Guadagno has called that proposal dangerous and has called for a state ban on sanctuary cities.

The ICE news release only provided details for 15 of the immigrants it arrested, saying those individuals had been convicted or arrested of various crimes such as sexual assault of a minor, theft, distribution of heroin and possession of handguns. John Tsoukaris, the field office director of Newark’s ICE Enforcement and Removal Operations, criticized Middlesex County in a statement for having “policies specifically tailored to protect criminal aliens.” But the ICE statement did not say how many it arrested had been released as a result of the county not honoring an ICE detainer. ICE spokespersons did not return requests for comment on Thursday.

Middlesex County’s Board of Chosen Freeholders voted in June to refuse to honor ICE detainers unless the person has been convicted of a first- or second-degree serious offense, according to reports. The county has become a growing Democratic stronghold in recent years.

On the campaign trial and in an incendiary attack ad against Murphy, Guadagno has cited the case of Jose Carranza, an undocumented immigrant from Peru who shot four Newark teens execution-style in 2014, killing three. Prior to his murder arrest, Carranza had been arrested for raping a child and was released on bail. “That’s what could have happened in Middlesex County,” Guadagno said Thursday.

Guadagno announced Monday that she would sign a law withholding state funds or fining communities that implement sanctuary policies. She didn’t have more details Thursday on her proposal, such as what would trigger a violation or which kinds of state aid may be withheld.

Some groups, such as the American Civil Liberties Union, have questioned the constitutionality of ICE detainers. But Guadagno dismissed a reporter’s question about the legality of detainers on Thursday. “I’m not going to have a legal constitutional argument with you right now,” she said.