On Monday evening, a $1.7 million wedding took place in Miami—and there were quite a few diamonds involved.

For those who are unaware, Rapper Gucci Mane got married to his ride-or-die, Keyshia Ka’oir earlier this week—in a bash that’s being called the Mane Event. The couple, who had been dating for seven years, tied the knot just shy of the one year anniversary of Gucci Mane’s proposal to Ka’oir at an Atlanta Hawks game. In November 2016, he popped the question, while the kiss cam was rolling.

Hip hop’s finest, including Diddy, Rick Ross, Big Sean, Jhené Aiko, 2 Chainz and Lil Yachty, were just a few of the names on #TheWopsters guest list; hopefully they will all make cameos in the upcoming ten-part special for BET entitled “Gucci Mane and Keyshia Ka’oir: The Mane Event.”

The Mane Event had a few central themes to follow—what else would you expect from a wedding where the invitations reportedly cost $50,000? The rehearsal dinner was Brick Squad themed, in a nod to Gucci Mane’s label, with the bride and groom dressed in head-to-toe red ensembles. Ka’oir wore a ball gown featuring a long-sleeve lace bodice with a tulle skirt, while Mane donned a satin red suit, accented by a black lapel and a tangle of chains. Giannina Azar, a Dominican designer who has created frocks for Jennifer Lopez, Chanel West Coast and Gwen Stefani, was the mastermind behind the rouge ballgown. Before the rehearsal dinner was over, the couple gifted each other his and hers 2017 Rolls-Royce Wraiths.

The following day, guests had to adhere to an all-white dress code for the actual wedding. Anyone who didn’t follow the rules would be turned away, Ka’oir stated. For her walk down the aisle, the bride selected a gown by Charbel Zoe, a Lebanese haute couture designer. The frock was encrusted with Swarovski crystals and featured a cleavage-revealing sheer panel, it was finished off with an ostrich feather hem. A diamond headpiece completed the regal look.

Ka’oir slipped into something a little flashier for the reception; a Yousef Aljasmi gown that was dripping in diamonds. Aljasmi is a Kuwaiti designer who has dressed the likes of Beyoncé, Lady Gaga and the Kardashians. The bride’s dress had diamond fringe detail with a sheer underlay; the groom matched his bride in an all-white Hideoki Bespoke tuxedo.

In a promotional video for the BET series, Ka’oir warned viewers that the event would be a “diamond flooded wedding.” With the decorations, wedding attire and even her bouquet being made of diamonds—plus her $500,000 25-carat engagement ring—that was no understatement. It’s true what they say, diamonds really are a girl’s best friend. 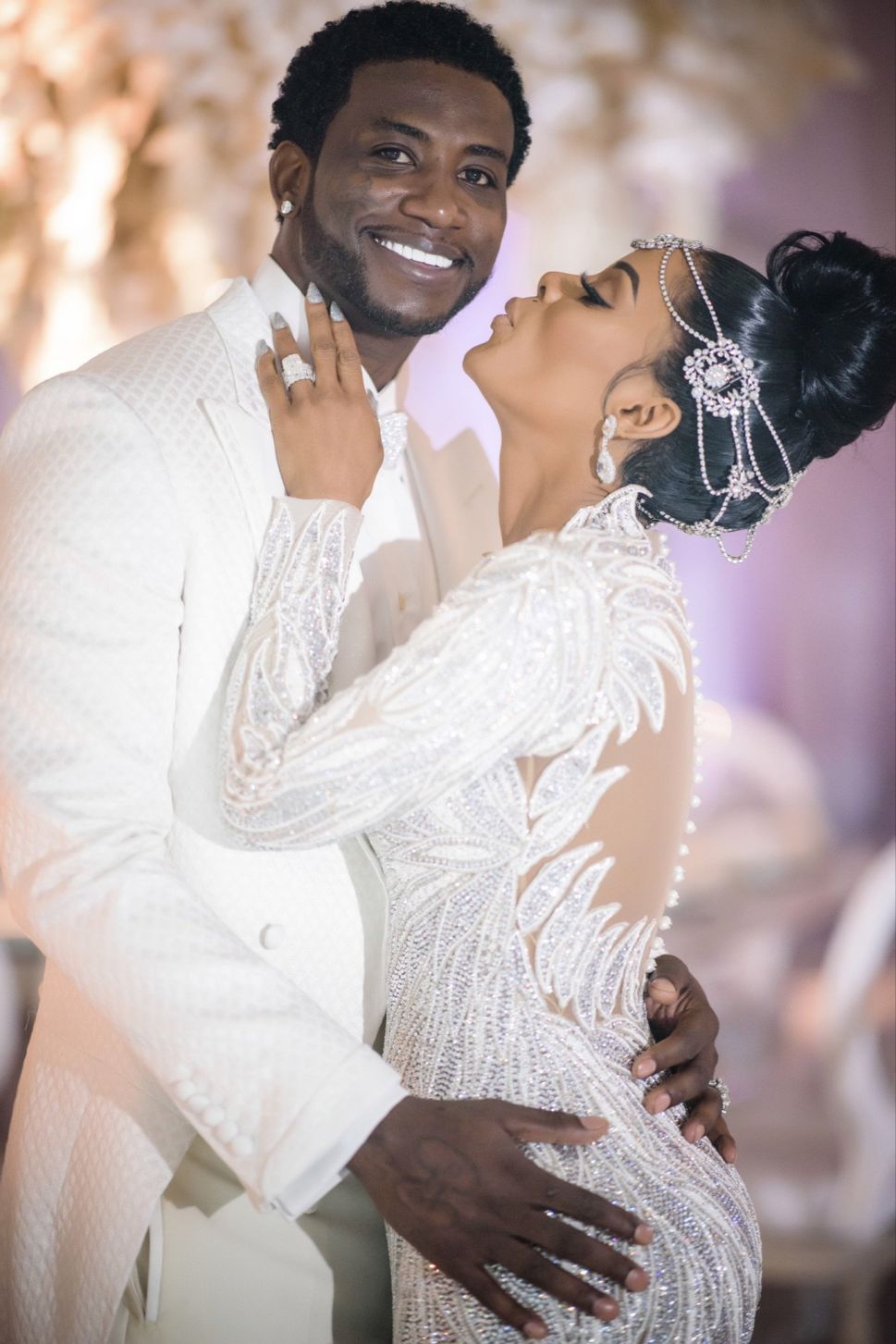