In addition to sorrow over the 59 deaths and more than 500 wounded spectators at a Las Vegas outdoor concert, much anguish has been over the inability of our political system to solve such crises. But actually, there are a number of gun control measures that can pass through Congress—if politicians listen to voters.

Even though Congress hasn’t passed much legislation in reaction to other shootings, this time could be different. Partially, this is due to the horrific nature of the Las Vegas crime, but some point to the cumulative effect of seeing so many shootings, which call into question the current policy of inaction.

These results are based on a Pew Research Center poll taken earlier this year, which showed which proposed pieces of legislation have strong bipartisan support, which are divided, and which have bipartisan opposition.

What Could Be Passed

Before the Las Vegas massacre, few had ever heard of “bump stocks.” But these devices, which can convert a semi-automatic weapon into an illegal automatic weapon, are not covered by existing legislation. However, they clearly violate the spirit of the law.

Interviews with senators on Capitol Hill indicate Republicans are willing to ban these weapons-enhancers. House GOP leadership is warming to the idea of taking these devices off the streets. Even the National Rifle Association is calling for a review of these lethal devices. And Democrats are introducing legislation calling for a ban on bump stocks.

It’s hard to get Republicans and Democrats to see eye-to-eye on anything, but nearly 90 percent of voters in both parties want to prevent those with a mental illness from purchasing a gun.

Barring Gun Purchases by People on No-Fly or Watch Lists

After the Orlando massacre last year, politicians debated whether or not to have those who are on the terror watch or no fly lists be able to purchase a gun, especially after loose connections to ISIS emerged from the shooter’s past.

Even if the Orlando killer wasn’t on the list, it makes sense that if someone is too dangerous to fly, they might be too dangerous to be allowed to tote a gun. Gun rights advocates fired back the old “innocent until proven guilty” argument, but this measure wouldn’t mean that the suspect would be incarcerated; it would simply mean they would be allowed to buy a guy until the matter was resolved. More than 80 percent of Democrats and Republicans support such legislation, according to the Pew poll.

Background Checks for Private Sales and at Gun Shows

Nationwide, 90 percent of Democrats and 77 percent of Republicans support conducting background checks for private sales and gun show sales. This means that if you buy a gun from a show, you would get the same treatment as if you bought it from a store.

Nevada legislators approved such a bill, but the state’s governor vetoed it. Voters in Nevada approved it in a referendum, but Adam Laxalt, the state’s attorney general, refused to support it, citing a disagreement with an FBI database. Then, Laxalt delayed announcing his gubernatorial bid, possibly because he feared a backlash due to him blocking the wishes of voters. Politicians should learn from Laxalt and listen to their constituents on this.

What’s Not Ready Yet but Could Be Soon

These policies are good ideas, but tacking them onto measures with bipartisan support might doom the entire package. These should be debated separately, and after more work has been done to educate the public.

After the Sandy Hook shooting, Sen. Dianne Feinstein (D-CA) introduced a bill to ban assault weapons. The House of Representatives refused to vote on it, and the measure was defeated in the Democrat-controlled Senate 40-60. And with Republicans currently in charge, passing a similar bill is even less likely. While 80 percent of Democratic voters support this, only 54 percent of Republicans concur. That’s too close.

With 84 percent of Democratic voters and 56 percent of Republicans supporting this idea, this measure could pass. However, problems arise because every state has its own method of data collection. If the attorneys general from each state met with the FBI to devise the database first, a bill could pass. As we learned from the Nevada vote, it’s better to have a plan in place before votes are cast.

The real reason Feinstein’s bill failed is that the assault weapons ban included a measure to ban high-capacity magazines. Supporters want to limit the ability of a shooter to spray a crowd. And while 79 percent of Democratic voters agree with this plan, only 47 percent of Republicans concur.

How to Pass a Gun Bill

There are some measures with strong bipartisan support that could finally stop the wave of tragedies seen in recent years. But it’s not enough to have legislation that appeals to both parties; supporters of reform also need the right strategy.

Supporters of gun control want to publicize tragedies, but that won’t generate much public support. In fact, gun control support declines after mass shootings, as nervous citizens seek to arm themselves for protection.

Focus on Where Gun Control Works

Reformers need to show voters where gun control works. Australia is a famous example, as their response to a tragic killing spree led the country to have one of the lowest homicide by firearm rate among developed countries. Even America’s 10-year assault rifle ban worked, cutting down the number of spree shootings to two (a day trader in Atlanta and Columbine), far better results than the 10 years before or 10 years afterwards.

Time is of the essence. The sooner bills can be crafted, the better. If debate is drawn out, the public can get sidetracked and opponents can develop strategies to stop the legislation from passing. Rather than make sure every co-sponsor has his or her name on it, or every detail is argued, or every fence-sitter is appeased, the bill must be pushed while the public’s attention is focused. Now is the time. 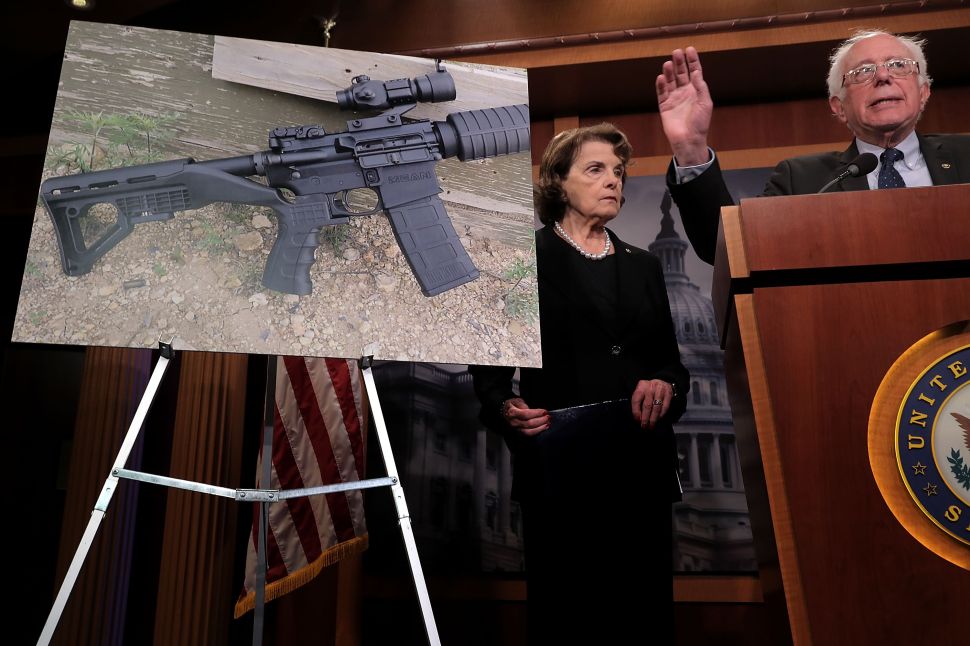