“From here, I address the Israeli people, across the spectrum of their society, and tell them: We want to live in peace. Do not listen to those who try to convince you that peace between us is not possible.” – Palestinian President Mahmoud Abbas in his address to the United Nations, September 20, 2017.

“Hamas has agreed to hold talks with the rival Fatah movement, dissolve the Gaza administrative committee and hold general elections, in a deal to end their long-running feud in the Palestinian territories, the group has said in a statement.” – The Guardian, September 17, 2017.

What is going on in the West Bank and Gaza? Nothing less than multiple political upheavals.

First, the Islamist Hamas, which has spent decades seeking the destruction of Israel and almost as long undermining its rival Fatah, is in disarray. As is Abbas’ Fatah party. Seemingly out of the blue, last month the two decided to kiss and make up in a Middle East-style reverse merger. Keep in mind that only 10 years ago Hamas and Fatah threw each other’s officers off rooftops and Hamas executed Fatah fighters in the streets.

Second, Abbas’ speech before the General Assembly last month sounded more like a plea for help and an admission of failure than anything else. Yes, he makes threats that if international support does not materialize the Palestinians will have to “look for alternatives.” But one may ask what those would be. Suicide bombings? Another intifada? Guerilla raids? Massacres? Been there, done that. Not too successfully, the Israelis might observe. Painful? Yes. Existentially threatening to the Zionist cause? Not so much.

The critical mistake the Palestinians might reflect on was the use of violence against a stronger, more violent enemy. Instead of Palestinian violence intimidating Israelis into capitulating to Palestinian demands, Israelis voted for increasingly right-wing and intransigent governments.

Since Hamas’s takeover of the Gaza Strip in 2007, three wars have been fought with Israel: Cast Lead (2009), Pillar of Defense (2012) and Protective Edge (2014). Hamas has fired thousands of rockets and kidnapped a soldier during a cross-border incursion. To what effect? Gaza is totally isolated, the populace reduced to flashlights and charcoal stoves. Raw sewage overflows into the streets. Unemployment is at catastrophic levels, and Egypt, Gaza’s only Arab neighbor, is alternatively indifferent or hostile.

Of the billions promised by the Gulf States to reconstruct Gaza after the last war in 2014, only a scant amount has arrived. The once-rich Gulf States are now selling bonds to conserve their cash. Does anyone really think they are going to send scarce funds to a corrupt sinkhole led by religious fanatics in league with the Muslim Brotherhood, which many Gulf States have labeled a terrorist organization?

It is not a pretty picture. The Palestinian cause needs a reboot. So it is logical for Hamas and Fatah to try a kinder, gentler approach with each other.

But that’s not the whole story. Let’s pull back and take a bird’s eye view of the world. There are hotspots of conflict everywhere: the threat of nuclear war with North Korea, naval conflict in the South China Sea, ethnic cleansing in Myanmar, a bleeding Ukraine, sabre rattling between Russia and NATO, and a Venezuela in collapse. Closer to Abbas’s home, there is utter carnage in Syria, countless war crimes by the Saudis in Yemen, chaos in Libya, and battles against ISIS in Iraq.

Meanwhile, the Kurds are beginning to draw the world’s attention to their own aspirations for liberation, inviting conflict with Turkey, Iraq, and Iran in a potential showdown of epic proportions.

All this global turmoil has led to a sort of “Palestinian fatigue.” The international community’s attention span can only rest on any one issue for so long. If the high- mark for the Palestinian cause was the 1972 massacre of Israeli athletes in Munich, today must be close to rock bottom. The Palestinian cause is off the radar. Its previous supporters have either changed their minds (Gulf States) or are totally distracted by their own issues, such as Spain and cash-strapped Greece. The European Union as whole is focused on Brexit, an influx of immigrants, and a resurgent extreme right-wing.

Sadly, the Middle East has its own mindset, which is to not look kindly on a defeated party. The tendency is to move in for a final decapitation. It is hard to see the Netanyahu government extending an olive branch to a Palestinian people on their knees. The day-to-day low level violence along the West Bank settlements and around Jerusalem will probably continue until a new vision in Israel takes root.

The Palestinians have been defeated both militarily and politically. Therefore, perhaps it would be prudent for the Palestinians, in this new political chapter, to try a different tactic: complete nonviolence. While a nonviolent turn is highly improbable, it may be the only way to convince Israelis that the Palestinians have been marginalized and do not pose a real threat. Such an Israeli public would celebrate its victory by extending a hand towards equitable co-existence and dignity for all.

Can Preppy Fashion Still Be All-American if It’s Produced Overseas?

Buckle Up: More Political Instability Is Headed Our Way

Leverage: What Donald Trump Is Missing in His Fight With China 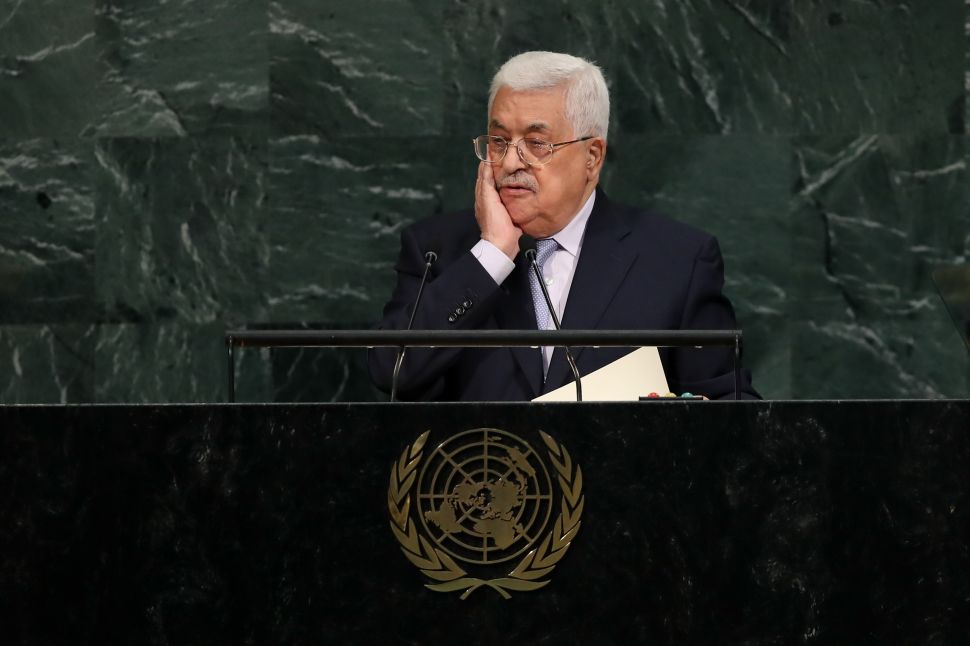