Perhaps you spent your youth waiting for an owl to arrive on your doorstep, bearing a parchment letter with a wax seal, which would beckon you to claim your magical destiny by enrolling in the preeminent bastion of enchantment and wonder—Hogwarts School of Witchcraft and Wizardry. But now, as you slog your way on the subway to work every morning instead of apparating, and watch the Yankees vie to play in the World Series instead of catching a quidditch match, you realize your childhood fear has been confirmed: you’re a Muggle.

Never fear, though, your chance to get your magical education is still within reach. Today, London’s British Library opens its highly anticipated exhibition, “Harry Potter: A History of Magic.” The show celebrates the anniversary of the publication of the first Harry Potter book, which debuted 20 years ago and ostensibly changed the face of literature—and the lives of million of children, many of whom are now grown adults and still avid fans.

The exhibition showcases Potter paraphernalia drawn from author J.K. Rowlings’s private collection and the Bloomsbury publishing archives. Included is her original book proposal, as well as sketches from her notebooks that reveal how she envisioned the layout of the school, and a calendar of events that chronicles where any given character might be and what they might be up to. Additionally, original artwork by the book series’ illustrator Jim Kay offer ample visual aid without resorting to film footage of Daniel Radcliffe. This original book material is interspersed with centuries-old treasures—sourced from the British Library’s collection and numerous other lending institutions including Cornwall’s Museum of Witchcraft and Magic—like 3,000-year-old Chinese oracle bones and scrolls from the 16th century detailing the supposed alchemical process to create a real Philosopher’s Stone.

It’s through these rare objects and texts that one’s magical education truly begins—they tell a deeper story of real witchcraft and wizardry throughout human history. The real strength of the exhibition is the breadth of the stories, folklore and mythology from all different cultures and ages it weaves together. “I learned so many things working on this show,” Tanya Kirk, one of the British Library’s four curators who organized the expansive exhibition, told Observer. “I never knew Nicholas Flamel was a real person—I thought he was just a character in the books—or that the practice palmistry dates back to the 12th century.”

“A History of Magic” is structured according to the Hogwarts curriculum, the sections mirroring core courses such as potions, charms, divination, astronomy, herbology, defense against the dark arts, and the care of magical creatures. In each, the pages of the Potter books are brought to life by potion books for ailments both physical and magical dating back 500 years and brooms used in 19th- and 20th- century Wiccan rituals.

Additionally, the exhibition showcases a 400-year-old celestial globe, enhanced with augmented reality technology thanks to Google’s Arts & Culture initiative, which allows visitors to explore the constellations in the night sky—and reinforces the idea that magic can be seen as another form of technology.

“One of the things that the exhibition shows is the deeply human propensity to use imagination to explain the world around them and the problems we encounter in everyday life,” said Joanna Norwich, another of the show’s curators, who explains that we have the alchemical pursuits of the Middle Ages to thank for our understanding of modern chemistry. “Maybe magic is just a way of describing something we have yet to understand.”

The British Library is simultaneously launching a regional roll-out of “Harry Potter: A History of Magic” with specially designed panels inspired by the London exhibition going on display in 20 public libraries across the U.K., highlighting each library’s local connections to magic and folklore. The exhibition will travel to the New York Historical Society in the fall of 2018. 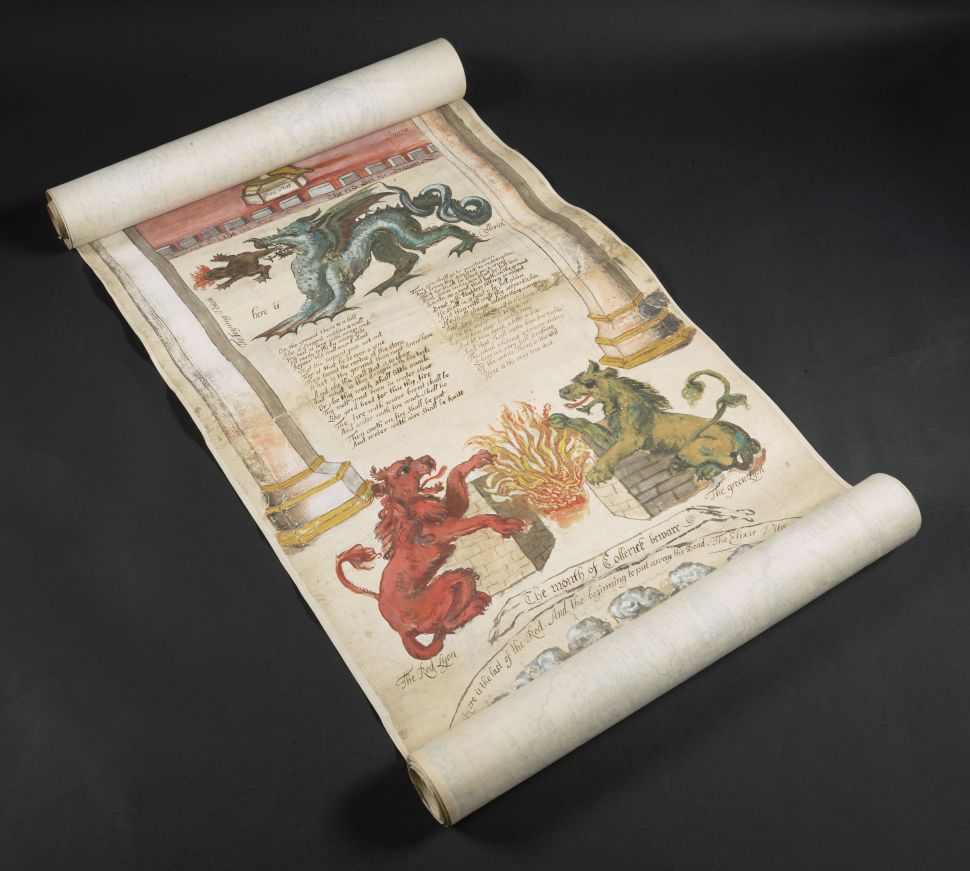