Following the bombshell report of Harvey Weinstein’s long-running history of alleged sexual harassment and assault, several in the Democratic party have vowed to donate Weinstein’s past financial contributions elsewhere. This includes the Democratic National Committee, Gov. Andrew Cuomo and at least 12 Senators. But the Clinton Foundation is not currently planning to return as much as $250,000 donated by Weinstein as the money has already been put forth into charitable programs.

Per a foundation statement (via Variety):

“We are a charity. Donations, these included, have been spent fighting childhood obesity and HIV/AIDS, combatting climate change, and empowering girls and women, and we have no plans to return them.”

Weinstein’s most recent contribution to the Clinton Foundation came in 2014, the money from which has already been spent, according to a spokesperson. Recently, the organizations held its 10th CGI University event which put an emphasis on the empowerment of females of all ages.

While Weinstein’s donations may be drawing the headlines, they don’t compare in size to the $25 million-plus given from the Bill and Melinda Gates Foundation, the Clinton Giustra Enterprise Partnership (Canada), Fred Eychaner and Alphawood Foundation, Frank Giustra and the Radcliffe Foundation, Nationale Postcode Loterij, and the Children’s Investment Fund Foundation and UNITAID, per Variety.

Weinstein was a big supporter of Clinton’s 2016 presidential bid and helped orchestrate fundraising events. On Friday, Clinton told the BBC that she was “shocked and appalled” by the claims brought against the film executive.

“I know him through politics as many Democrats have,” she said. “He has been supportive. He has been a funder for all of us, for Obama, for me, for people who have run for office in the United States. It was just disgusting and the stories that have come out are heartbreaking, and I really commend women who have been willing to come forward now and tell their stories.”

She continued: “But I think it is important that we not only focus on him and whatever consequences flow from the stories about his behavior, but that we recognize that this kind of behavior cannot be tolerated anywhere, whether it is in entertainment, politics. After all, we have someone admitting to being a sexual assaulter in the Oval Office. There has to be a recognition that we must stand against this kind of action that is so sexist and misogynistic.”

Clinton was also asked in the same interview about three women who accused her husband, former President Bill Clinton, of sexual misconduct. Trump’s campaign brought all three to a debate last year following the Access Hollywood audio in which Trump admitted to grabbing women by the genitals.

“That had all been litigated,” Clinton said of her husband’s accusers. “That was the subject of a huge investigation as you might recall in the late ’90s and there were conclusions drawn and that was clearly in the past. But it is something that has to be taken seriously, as I say for everyone, not just those in entertainment right now.” 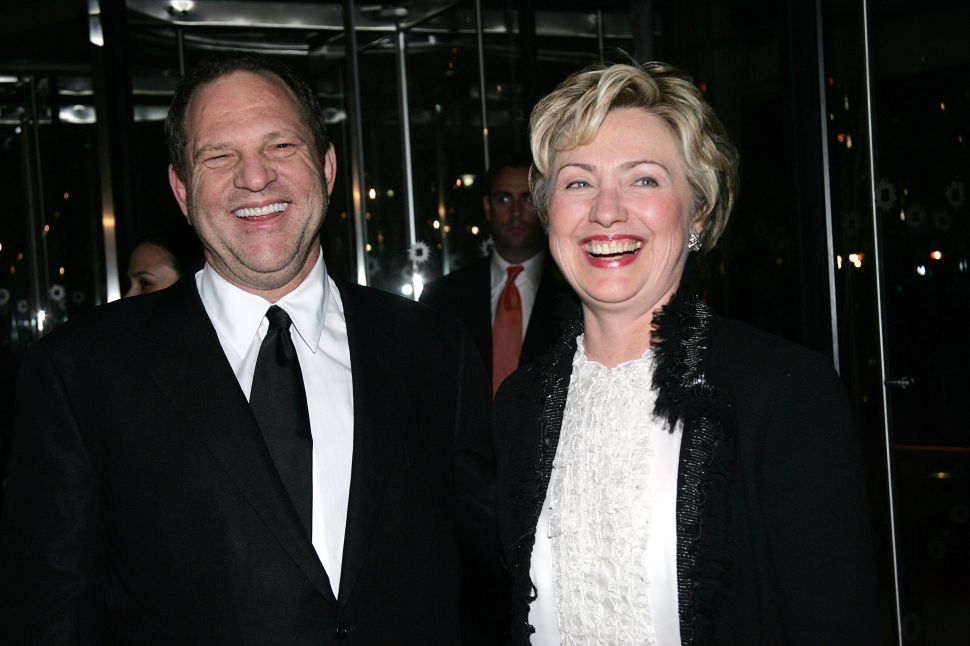