A few years back, it seemed like you couldn’t turn on a TV without bumping into one of the many vampires of pop culture, in the likes of the Twilight series, Blade, Interview with a Vampire and True Blood. While Buffy the Vampire Slayer and Abraham Lincoln: Vampire Hunter may have come and gone, don’t expect vampire drama to die out any time soon—this folkloric being has basically been en vogue since 1897, when Bram Stoker published Dracula.

While most folks will think that Stoker’s novel “invented” vampires as we think of them today, this is only partly true. Dracula popularized vampires, and certain aspects of their behavior and abilities—like transforming into a bat, a wolf, or fog, climbing up vertical walls like a spider, needing to sleep through the day—Stoker was certainly not the first to publish an account of what constitutes a vampiric being, nor were most of Count Dracula’s characteristics Stoker’s own invention.

The Oxford English Dictionary credits the first use of the word vampire to an essay called Travels of Three English Gentlemen, written in 1734 and published in 1745. Though there was already written documentation from 1725, when Austrian officials reported on a Serbian tradition of digging up buried corpses and “killing vampires.” Vampire lore, however, goes back much further, having played a role in folk stories throughout central and eastern Europe. The actual word, vampire, is of uncertain origin. One theory links it to the Old Russian word, upyri, meaning “to thrust violently,” which was mentioned as a noun in the medieval Russian text Word of Saint Grigoriy. But the OED neglects to mention the first printed book that describes the practices of vampires: Glory of the Duchy of Carniola, published in 1689. The author was Johann Weikhard Freiherr von Valvasor, a Slovenian aristocrat living in what was then the Habsburg Empire, writing in Slovenian and German. He was widely-enough read to have been granted an honorary membership of London’s famous Royal Society.

So it was Valvasor, a polymath, publisher, scientist and ethnographer, who wrote what appears to be the first printed text on vampires, and it was this text that served as inspiration for the “rules” of vampirism that were enshrined by Bram Stoker in 1897 novel, Dracula. Valvasor was interested in recording the folklore and traditions of his homeland, a region called Carniola in what is today Slovenia, and what was then heartland of the Habsburgs. Valvasor represents a fascinating fulcrum between absolute belief in magic and the supernatural, and a desire to seek a scientific, rational explanation for inexplicable phenomena. He genuinely, wholeheartedly believed in supernatural beings, and he was thoroughly religious (which of course requires a solid belief in the supernatural), but he also sought scientific explanations to “explain away” that which was universally considered the result of magic. This is obvious in Valvasor’s most famous investigation on the “disappearing lake” of Cerknica, which half the year is dry pastureland, and half the year floods and becomes the largest lake in Slovenia. Tradition had it that a group of witches performing rituals atop a local mountain controlled the flooding and draining of the lake. But while Valvasor believed in witchcraft, he was determined to find a more natural explanation. And so he did—a generation or two before the Enlightenment made this kind of investigation the norm.

Valvasor records the story of an Istrian vampire named George (or Giure, if we’re being precise). The traditions of vampire mythology, particularly how a vampire can be killed, come straight from his texts. He wrote of a specific example from 1672, the case of Giure Grando.

In the town of Krinck, the night after the burial of the freshly-dead Giure, a priest named Father George was enjoying a post-funeral meal with the Widow Grando and relatives. When the priest opened the door to leave, he claimed to have seen “the dead man sitting behind the door,” at which point he fled. Giure was spotted by numerous former acquaintances in the weeks following, usually going from house to house, knocking on doors throughout the town. Residents of the houses on whose doors he knocked began to die, and the locals were not happy about it. Even Widow Grando claimed to have seen him—and slept with him—before she turned to the local sheriff, Miho Radetič, for protection. That makes Sherrif Miho the first recorded vampire hunter. He set out with a team of nine “courageous neighbors,” strengthened by quantities of “strong spirits,” carrying two lanterns and a crucifix. They opened Giure’s grave only to find “the corpse’s face flushed red; he turned and looked at them with a smile, then opened his mouth.” All nine vampire hunters freaked out (understandably, it must be said) and ran. The sheriff came to his senses and (Valvasor wryly comments) “was quite annoyed to find that nine living men could not handle a single dead one, and were transformed into rabbits at a single glance.”

There were, apparently, several traditional methods of re-killing vampire corpses. The first one that Sheriff Miho tried was to impale the suspiciously rubicund (and mobile) corpse in the stomach with a stake made of hawthorn. But Giure proved too resilient: The stake bounced off his stomach, and they were unable to pierce it.

Time for Plan B. Sheriff Miho summoned a priest who performed an exorcism rite (one which almost certainly inspired The Exorcist, though it has not been credited), holding aloft the crucifix by lamplight and shouting, repeatedly, “Here is Jesus Christ, who saved us from damnation and died for us!” Giure’s corpse began to weep. Another member of the team tried to chop off Giure’s head with a garden hoe, but he went at it half-heartedly. So in stepped a local authority, Marshall Milasič, and used the hoe to “send the dead man’s head flying” (Valvasor was not shy about describing projectile body parts). As soon as it was severed, the head “began to scream as if he were still living, and the grave filled with blood.” With a wonderfully matter-of-fact coda, Valvasor concludes the episode by saying, “And from that point on, Grando left his wife and other folk in peace.”

While the folklore of vampires dates back far longer, with vampire-like monsters described in ancient tales in most of the world’s cultures, we can credit the wonderfully-lively Valvasor with having been the first to codify the vampire story, penned as fact, in a printed book. So this Halloween, maybe consider making Giure Grando, rather than Dracula, your muse.

Dr Noah Charney is a professor of art history and best-selling author, based in Slovenia. His latest books include Slovenology: Living and Traveling in the World’s Best Country and The Collector of Lives: Giorgio Vasari and the Invention of Art. Find him at www.noahcharney.com. 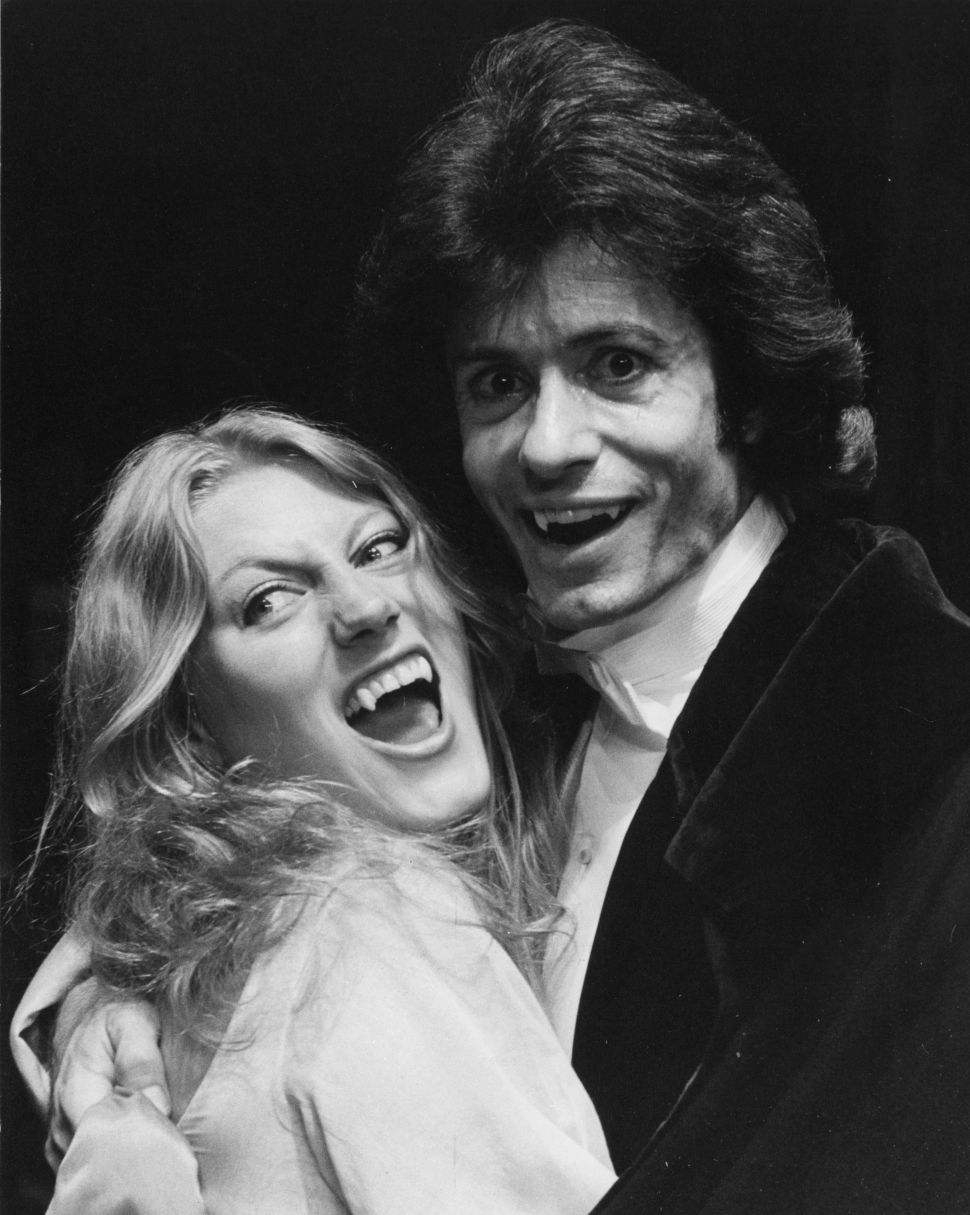