Honolulu may be a tropical paradise, but like every American city it’s had to deal with a distinctly technological menace: texting while walking. So now the city council is doing something about it.

A new city ordinance which takes effect tomorrow allows police to impose a $35 fine on any pedestrian who’s caught looking at their phone while crossing the street.

“Ultimately the law’s focus is on safety and awareness as a shared responsibility between motorists and pedestrians,” Brandon Elefante, the council member who first proposed the bill in January, told Observer. “Safety education and situational awareness can change people’s behavior by making them aware of the dangers that exist for distracted pedestrians.”

The “distracted walking” phenomenon has come under increased scrutiny in recent years. According to the Governors Highway Safety Association, there were 5,987 pedestrian deaths in America in 2016, an increase of nine percent from the previous year and the highest casualty rate since 1990.

The agency said increased smartphone use by pedestrians could be to blame.

“Potential factors contributing to this spike include…frequent mental and visual distraction due to growing use of smartphone technology,” an agency report read.

The World Health Organization has also taken note of the problem: its preliminary studies indicate that distracted walkers are nearly four times as likely to jaywalk or forget to look both ways. These pedestrians also on average take 18 percent longer to cross the street.

While Honolulu is the first major American city to pass cell phone legislation, other municipalities are looking into similar measures. Last month the board of supervisors in San Mateo County, CA passed a resolution prohibiting distracted walking. The measure is only enforceable if it becomes state law, however, so county officials hope the legislature will take up the issue in January.

“My cell phone is my life,” supervisor David Canepa, who proposed the measure, told the Times. “But you can’t look both ways when you’re looking down and texting.”

Several international cities are also cracking down on so-called “smartphone zombies.” Last year, Mumbai imposed “no-selfie zones” after 19 people were killed in selfie-related accidents over three years. One person who died attempted to take a selfie in front of an oncoming train.

Other areas are focusing less on changing behavior and more on making it safer. Several towns in Germany and the Netherlands have embedded LED strips in the crosswalks at busy intersections. The strips turn red or green at the same time as the traffic lights, alerting mobile pedestrians when it’s safe to cross. 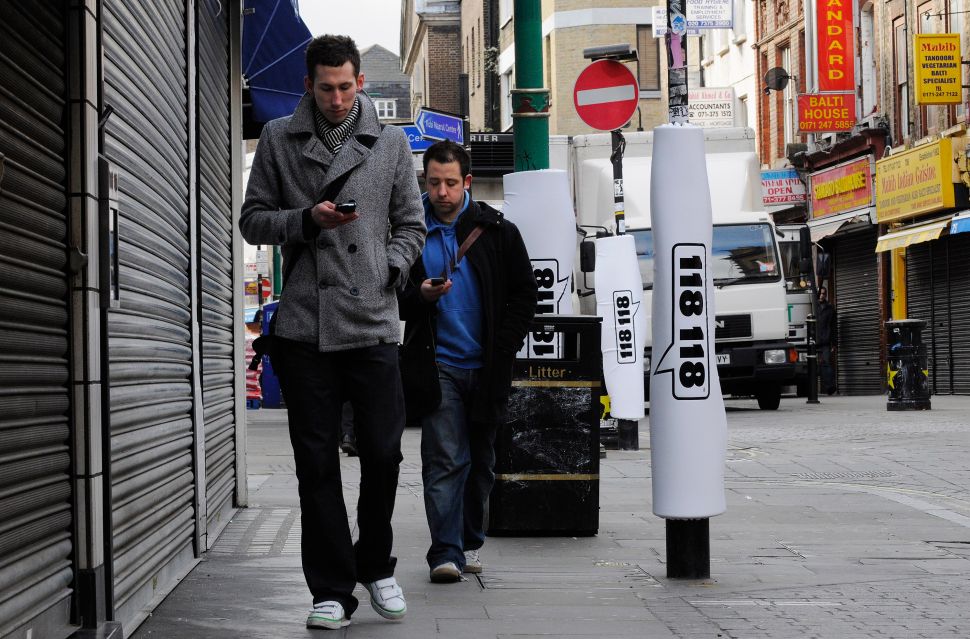