How smart of our Founding Fathers for creating an independent federal judicial system devoid of political pressures. I want to personally thank Marbury, Madison, and all the others who had the wisdom and foresight to protect me and my federal judicial colleagues from attacks against us aimed at compromising our sworn oath to judge each case solely on the evidence and the law regardless of the consequences. If they were alive today, they would be patting themselves on the back for being so prescient.

Never before, at least in my lifetime, have federal judges been subject to such offensive and inappropriate attacks and efforts to draw them into the political mud. Fortunately, and to their credit, they have so far stood tall and have not succumbed to these unwarranted onslaughts against the integrity of our vaunted federal judicial system—the envy of every other country. But I fear that if not for the protection of lifetime tenure, and that federal judges—like the President—can only be removed from office by impeachment for “crimes and misdemeanors,” things might very well have been different.

As I reveal in my new “reality-fiction” novel Race to Judgment, I think I’m a case in point. I call it reality-fiction because it flows from a number of my cases over the years which have shaped the fictionalized story line about the meteoric rise of a young African-American civil rights attorney through the courts to unseat a corrupt DA who put innocent blacks in jail for years on phony convictions. But in it, I have created a “predator” reporter, Jimmy Margiotta, who has preyed on the fictionalized judge Felix Black for making decisions that might have cost him his judgeship if not for being a federal court judge.

In one, the judge, who has a mane of black hair and questioned whether the government should waste taxpayer’s monies by foolishly seeking the death penalty in a case where it clearly was not warranted, goes from being Judge Blackhead to Judge Blockhead in the headline of the predator reporter’s tabloid newspaper. In another case, when Judge Black granted a suppression motion in an illegal stop and frisk case, the predator reporter was responsible for the judge being labeled a “lunatic” for letting a criminal go free.

Judge Black takes a swipe at being called a “lunatic” for having the courage to do the right thing in the following courtroom colloquy with the Assistant United States Attorney:

“THE COURT: It would be nice if your office could possibly find an occasion to say that we don’t tolerate and condone assaults against the independence of the judiciary, but I leave that to your office. Because we all are in the same world together, whether we agree or disagree. The one thing that’s so important—and we all know this and mouth this, but when we have to apply it sometimes—is to respect the independence of the judiciary whether we agree or disagree. We understand that.

“THE AUSA: Your Honor, there is a First Amendment and we do not control the press. So, to the extent that the press is going to write about the case, it is their prerogative.

“My concern is that things like that have a chilling impact maybe upon new judges, maybe upon state court judges. Separate and apart from me, I see that as a serious problem and there’s a chilling impact potentially that you know is visited upon the bench. These are bar association matters, but I think all of us should be a little bit sensitive to that.

“THE AUSA: And I, Your Honor, I respectfully disagree with that narrative. Our assessment is that these officers testified credibly.

“THE COURT: I’m not talking about that issue. Let’s not talk about that. We are really not on the same wavelength. I’m talking about any assault against the independence of the federal judiciary. That’s all I’m talking about. That’s a different issue., okay? I don’t know whether you get it or not. Second suppression motion I granted in twenty-one years, alright? I think 98 percent have gone the other way. Anyway, let’s move on because there’s a record here being made and you have my thoughts about this thing.”

In the Epilogue, I recount which parts were fiction and which were based upon reality:

“There was a reporter for the Daily News—John Marzulli—who until recently covered the Brooklyn federal court, and he has throughout the years taken whatever opportunities he could to paint “Judge Black” in an unfavorable light. It started when I was the front-page headline of his newspaper, and Marzulli wrote a story highly critical of my anti-death penalty comments during a murder trial where the government was seeking the ultimate penalty. I had questioned whether it might be a waste of time and taxpayer monies, since it was improbable that the jury would vote for death under the circumstances of the case.

“I was right, but was taken to task by Marzulli for being so outspoken, and it earned me the appellation of ‘Judge Blockhead.’ Ever since, Marzulli was the veritable fox in the judge’s henhouse. The most recent shot was his account of my grant of a suppression motion in a stop-and-frisk case, which led the Post to branding me a ‘lunatic judge.’ My comments about the case that I made from the bench are accurately reported and highlight the dangers to the independence of the judiciary when newspapers are more bent on entertaining their readers than responsibly reporting the challenges facing judges in the discharge of their oath to apply the rule of law.”

I wondered whether I would have made the same decisions if I were an elected state court judge and had to stand for re-election, or was subject to recall, as was the fate many years ago of Judge Rose Bird, the chief judge of the California State Supreme Court, when she was removed from the bench for writing an anti-death penalty decision. And while my colleagues would all say that they would not compromise their judicial integrity, I wonder how many rookie judges would grant a clearly warranted suppression motion for fear of being called a lunatic like Judge Blockhead.

Nonetheless, while these are trying times for judges, we should all tip our hats to our wise ancestors and join me in saying “Hooray For Federal Judicial Independence.”

The author of this article, Frederic Block, is a District Judge for the Eastern District of New York. The quoted excerpts are from his recently released novel Race to Judgment. He also wrote the memoir Disrobed, An Inside Look at the Life and Work of a Federal Trial Judge (2012). 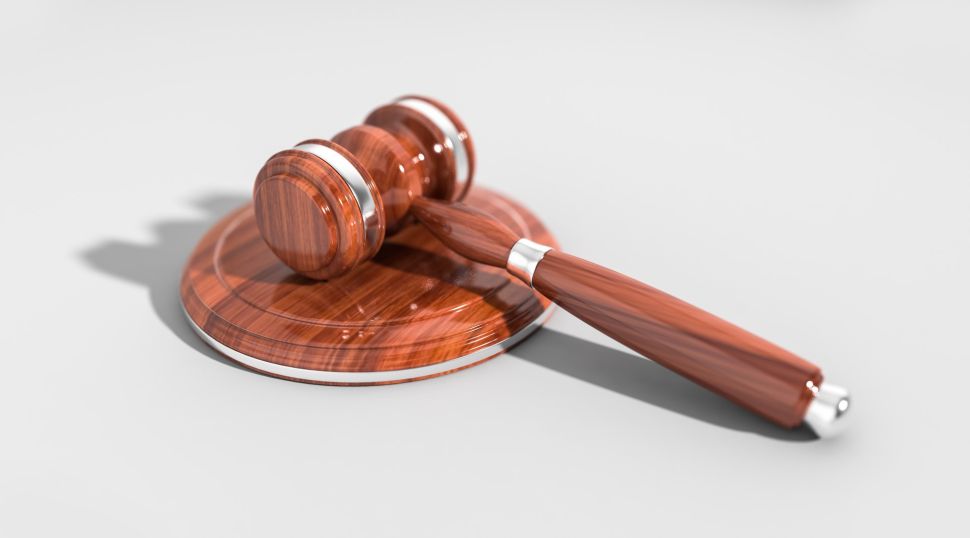