Early into his administration, Trump’s policies are already restoring growth. Real GDP grew 3.1 percent in the last quarter, up more than 50 percent from the average for the eight years that Obama was president.

The Conference Board’s Consumer Confidence Index rose to nearly a 16-year high, as did Bloomberg’s Consumer Comfort Index, both contributing to soaring retail sales. The National Association of Manufacturers Outlook Survey rocketed to a record 91.4 percent, the highest two quarter average for manufacturing optimism in the survey’s 20-year history. The Institute for Supply Management reported it’s barometer of manufacturing rose to 57.8, with over 50 indicating expansion of the manufacturing sector.

All of this was accomplished with just the promise of pro-growth tax reform based on the Reagan model of lower marginal tax rates. (The marginal tax rate is the rate that would apply to the next dollar of income earned.) That is what determines and drives incentives to produce, increasing output and GDP.

If Democrats want to vote against a tax reform bill that cuts taxes for all taxpayers, good luck running on that record. If Democrats think imposing the highest taxes on business of all developed countries in the world is good for American workers, voters don’t agree.

And neither do the investors who create jobs and finance higher wages.

But it is not all due to just the promise of pro-growth tax reform. Contributing even more to restored growth is the reality of sweeping deregulation.

Trump has already made a lot of progress in removing Obama’s boot on the neck of American energy producers. That is why U.S. shale oil production has already soared to record levels since Trump entered office.

America today has the resources to lead the world as the top producer worldwide of oil, natural gas and coal. Removing America from the Paris Climate Accord, the start of the demise of Obama’s so-called “Clean Power Plan,” and Trump’s ongoing dismantling of the anti-American energy regulation of Obama’s EPA has already liberated America’s energy producers to assume these world leading roles.

No wonder manufacturers are optimistic. Their blue collar workers and voters are too.

Voters disagree with Democrats that climate change is a reason to cripple the U.S. economy. Most voters are not scientists, but they believe there is no reason for climate change hysteria, as scientists document in Climate Change Reconsidered II, published by the Heartland Institute.

Obama and the New York Times may think that book and the scientists therein should be banned, but there is a new administration now that doesn’t think so, which voters chose over Hillary’s promised continuation of President Obama’s clampdown on now world-leading American energy production.

The House and Senate have now passed budgets providing for many of the spending reductions proposed in Trump’s budget. Contrary to outdated Keynesian economics, government spending detracts from rather than adds to the economy, draining resources from the productive private sector, which is why Obama’s “stimulus” never worked.

Wait until America gains the reality of pro-growth tax reform. When it further restores booming recovery, voters will feel vindicated in their judgements and continue their support for the economic policies of the Trump administration.

Peter Ferrara is a senior fellow at the Heartland Institute and a Senior Policy Advisor to the National Tax Limitation Foundation. He served in the White House Office of Policy Development under President Reagan, and as Associate Deputy Attorney General of the United States under President George H. W. Bush. 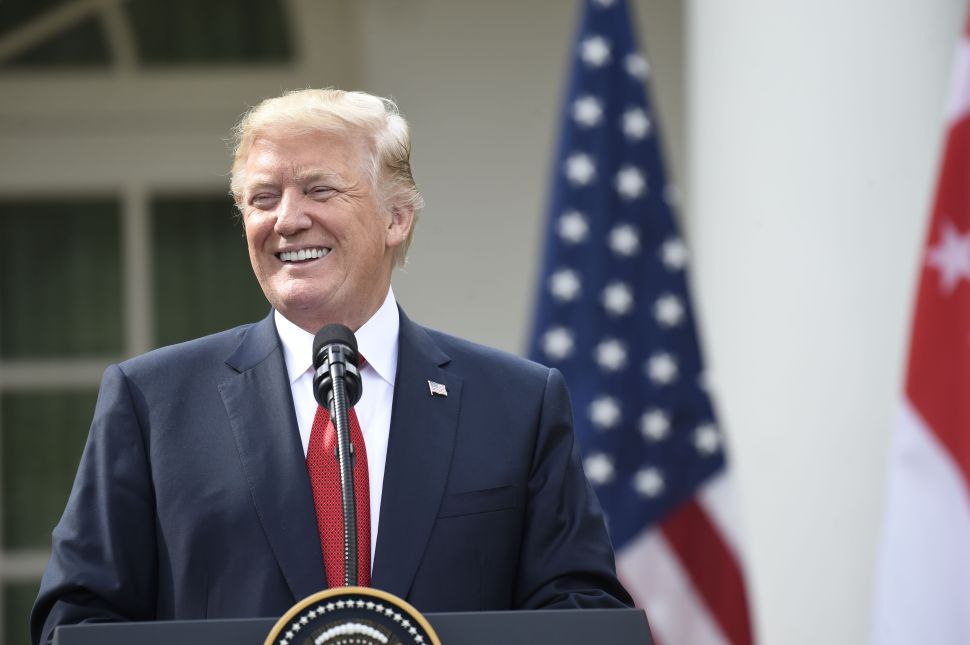