After many gaffes, offensive tweets, broken promises and outright lies, President Donald Trump still retains his base and an approval rating of between 35-40 percent. Through it all, his supporters are far from jumping ship. I asked several very intelligent and informed Trump supporters why and how.

Their responses reveal a biting disdain for a government that fails to serve its people; a bitter resentment against political correctness that has distorted basic American values leading to cultural wars; and the view of a press that is universally hostile towards the president. On the positive side, Trump is viewed as genuinely dedicated to improving the lives of the middle class and as someone who works long hours—unlike some of his predecessors. Speaking his mind in tweets and being fearless when it comes to offending anyone are seen as further attributes.

I’ve previously argued that fear of governmental failure has metastasized into an anger coalescing this base around Mr. Trump. While that is correct, it does not fully explain the strength of the loyalty these Americans show for the president no matter how feckless (leaving climate change and trade agreements) or reckless (decertifying the nuclear agreement with Iran and threatening to “totally destroy North Korea”) he may be.

Perhaps this base has succumbed to a political variant of the “Stockholm Syndrome” in which captives become psychologically attached to their captors. Despite his flaws, Trump is seen as the only alternative to “drain the swamp” of a government in such disrepair. Thus, his volatile temperament and excessive lifestyle are excused. And while his past treatment of women along with two divorces and admitted affairs may not rise to the level of Harvey Weinstein’s extreme misogyny, that behavior is ignored or forgiven in light of his intent to effect major change on a broken political system.

This psychological symbiosis is not unique. During Stalin’s worst days, victims being sent to the Gulag or prison refused to believe that the Boss was responsible. Cognitive dissonance is very likely at work and a part of this Trump phenomena—purposely plural because it is at several levels that the president maintains support.

Some also argue that Trump is exhibiting a brilliance missed by most. By attacking Congress and sending it Gordian knot-like issues that are not resolvable on Capitol Hill such as health care, immigration, tax reform and now the Iran nuclear deal, the president is making the legislature his foil. His confidant in arms—Steve Bannon—is now free to attack members and set up rivals in primaries that, if successful, will deliver to the president a compliant Congress in 2018. And when Congress fails to act, Trump will bludgeon it much as Harry Truman did against “the do-nothing” 80th Congress that brought Democrats back into power in 1949.

The sadder fact is that both political parties have become more extreme. Dialogue is now among the deaf. Even though the president is neither a Democrat nor a Republican ideologically, he appeals to a significant portion of voters. Unless disaster strikes (such as a financial collapse or another September 11th), Democrats unite on sensible policies, or Republicans in Congress grow a backbone, the president is on safe political ground—with one exception. His base may grow weary of his bombast and unfulfilled promises.

At that point, blaming Congress will not overcome his failure to make good on his promises. Trump’s popularity could descend into the low 30’s or high 20’s as his base finally deserts him. Then, perhaps inoculations against the Stockholm Syndrome and cognitive dissonance will take hold. But perhaps they may not. If they don’t, it could be seven more years of the Trump phenomena.

Dr. Harlan Ullman has Served on the Senior Advisory Group for Supreme Allied Commander Europe (2004-2016) and is currently Senior Advisor at Washington D.C.’s Atlantic Council, chairman of two private companies and principal author of the doctrine of shock and awe. A former naval person, he commanded a destroyer in the Persian Gulf and led over 150 missions and operations in Vietnam as a Swift Boat skipper.His next book Anatomy of Failure:  Why America Has Lost Every War It Starts will be published in the fall. The writer can be reached on Twitter @harlankullman.

Incompetence Should Be an Impeachable Offense 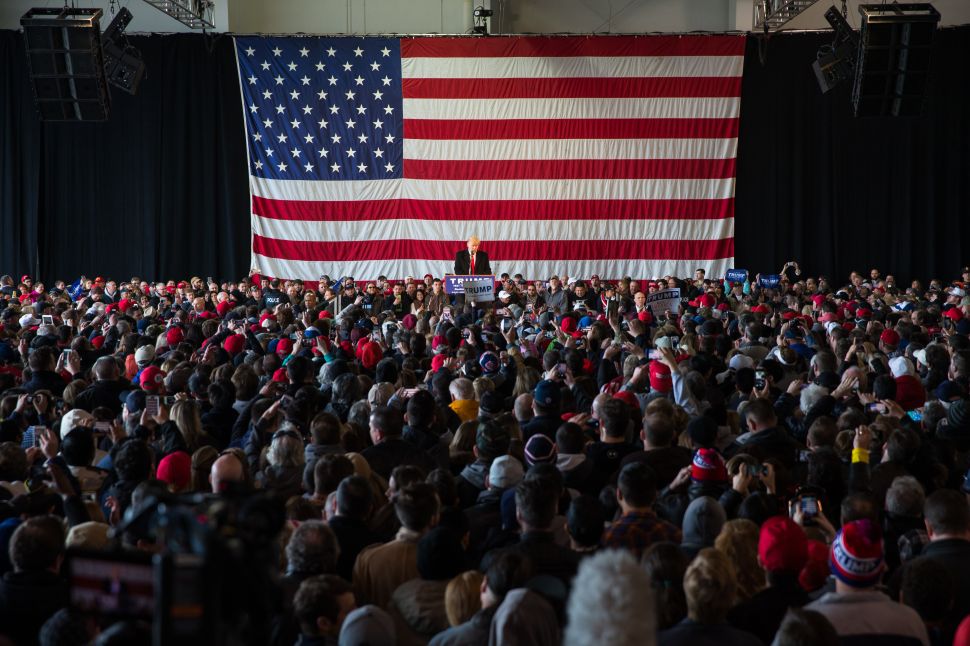