We live in a society that is obsessed with transparency. We tweet, post, and snap our way through the day, making sure everyone knows what we’re doing, where we’re going, and how we’re feeling at every moment.

On top of that, the entertainment industry has us gobbling up “unscripted” television shows that supposedly take us into the “real” lives of others. The tech world has us turning on read receipts to ensure everyone knows exactly when we see their messages. And the business world has everyone convinced that the most trustworthy companies are those that publicly reveal their inner workings and conflicts of interest.

Simply put: The world is engrossed with the idea that humanity should have nothing to hide. Why? Because transparency appears to foster trust, sharing, and honesty. It also helps us feel safer and less threatened by uncertainty.

Yet, as appealing as transparency may seem, it is sometimes misleading and intrusive — and it can also backfire. As a brain imaging researcher, I’ve studied transparency at length and have made a few alarming observations that you — as a human being with a brain — should take into account in order to protect yourself.

This Is Your Brain on Transparency

Let’s begin with the positive: Transparency can help us better connect with the world.

To a certain extent, we are wired to welcome transparency. A group of cells in our brain called mirror neurons automatically reflect the actions, intentions, and emotions of others, allowing us to sense their feelings. And another connection of brain cells called the mentalizing network also allow us to instantly understand the desires, wishes, attitudes, and goals of others. When exposed to high levels of transparency, these networks kick into hyperdrive and help us make connections even more.

But if we aren’t careful, our obsession with transparency can easily steer us in the wrong direction and cause more harm than good.


In your personal and professional interactions, it might feel like a relief to wear your heart on your sleeve and indulge in the full extent of your feelings. However, in many cases, it’s possible that you are overwhelming the brains of the people around you.

Approximately 20 percent of humans possess a trait called sensory processing sensitivity (SPS) — something that makes them extremely receptive and reactive to external stimuli. For these folks, experiencing too much transparency — colloquially known as TMI — leads to sensory overload.

For people with SPS, listening to someone else’s uncensored emotions makes them want to disconnect, not connect. Rather than appreciate the raw authenticity of these emotions, they will “pause to check,” thereby slowing down any potential connection they’ll feel to the sentiments.

Also, keep in mind that attention is a limited resource. If you bombard any individual with too much positive or negative stimuli, there will be little room left for anything else. You deplete their brain’s memory capacity, and the productivity of the conversation will likely wane.

Therefore, in some day-to-day interactions, holding back your own emotions may be the most considerate — and productive — thing you could do.

Living in the Shadows

In 2000, four separate experiments confirmed that socially, we reject people who outwardly express characteristics we fear we may possess. In other words, we run away from people who remind us of our dark side — our worst self.

This avoided part of one’s self is called the “shadow” self — a concept popularized by Carl Jung. Most of us need to deny this shadow in order to feel comfortable with being transparent. We don’t want the world to know about our deep, dark, controversial thoughts and tendencies. However, the trade-off with this denial is that our shadow self provides us with energy to be more perceptive, reflective, and expressive. When we embrace our shadows, it’s as if we become fueled by approaching life with more of who we are.

Premature transparency will induce a kind of paranoia, forcing us to hide our darker sides. As a result, we oversimplify ourselves. We are never self-possessed, nor can we ever freely express our greatest strengths for fear of awakening our threatening shadows.

Get to know your shadow self, and respect the amount of time it may take for your peers and colleagues to reveal their shadows to you. Then, once they do, welcome them with empathy and consideration.

More than a third of all humans are affected by an anxiety disorder at some point in their lives. One of the most common forms of anxiety is social anxiety: the fear of being negatively evaluated or shamed by those around you. In fact, in one study, 70 percent of Millennials said they suffer from social anxiety.

People with social anxiety suffer from the “spotlight effect”— a fear that their inner lives are too visible to the world. Their brains tend to register being in public as a punishment, so any illusion of transparency can make them retreat even more.

The assumption that one should be more transparent can wreak havoc on an anxious brain. Rather, we should assume that authenticity involves a combination of sharing one’s self and hiding what needs to hidden. The fear of being “discovered” prematurely is real and should be respected. You don’t have to have a full-blown social anxiety disorder to empathize with the nervousness of meeting strangers, speaking publicly, or attending a board meeting. Recognize and embrace these feelings in yourself, and keep them in mind when interacting with others.

In June 2017, a Pinellas County sheriff in Florida was fired after posting an inappropriate rant on social media. The sheriff shared, “Nothing like almost shooting someone to set your head right lol. God I gate [sic] people with knives.”

Needless to say, this sheriff showed poor judgment in sharing his shadow self, and in being transparent, he made himself vulnerable in many ways.

We have come to assume that expressions of prejudice or extreme ideas indicate wrongdoing. Yet, as I mention in my recent book, most biases and prejudices are unconscious, and most people have them. Add to this the desire to run away from the shadow self, and you have a formula for denying your own prejudices, overly judging other people’s prejudices, and demanding universal transparency.

Being transparent will reveal little when prejudice is unconscious. Rather than bully people into hiding their prejudices, we should allow for a more open discussion of this vulnerability that afflicts us all. Just because someone does not express a prejudice does not imply that he or she does not bear one.

Looking Ahead, It’s Time to Control the Obsession

Our transparency obsession does not bode well for us. In a world of information overload, TMI does not promise relief. Banishing the shadow self will lead to far more superficial interactions in person and online. Social anxiety and a retreat from intimacy will escalate. And we will be at risk of assuming that being transparent is fully within our control.

Ultimately, we are on track to create a polarized society. On one end will be “do-gooders” who are skilled at hiding their true selves, and on the other end will be darker individuals who have to hide themselves from the world.

There is a time and place for transparency. Real consideration requires evaluating when and where to be transparent and how transparent to be. Rather than lose all control, it is equally important to edit our thoughts and expectations. In the long run, patience will allow us to feel closer to others rather than shame them into psychological nudity that will only cause everyone to want to hide even more.

Srini Pillay, M.D., is the CEO of NeuroBusiness Group and the award-winning author of numerous books, including the recently released “Tinker Dabble Doodle Try: Unlock the Power of the Unfocused Mind.” 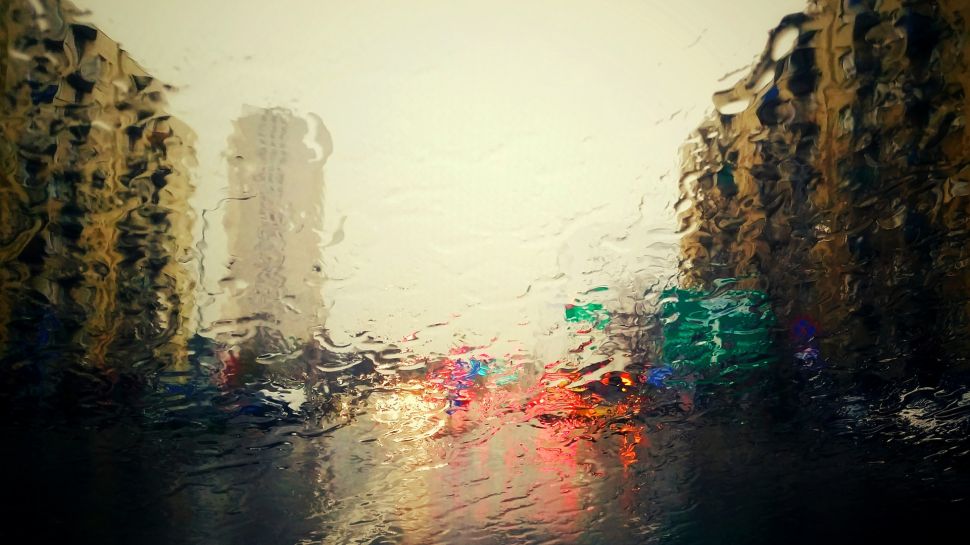