The sands are shifting in the Middle East.

Raqqa, the Syrian city ISIS claimed as its capital, has been seized by American-backed forces. Clearing Raqqa is a gargantuan win for the West and a monumental loss for ISIS.

Raqqa—like Mosul, which fell several months ago—was a symbol of ISIS’ power. ISIS propaganda used the city as an example of how the Islamic Statehood could thrive. For ISIS, Raqqa and Mosul were proof for the Islamic world that the West was evil and Islam was good. The cities drew a lot of young people to join ISIS.

However, the fall of Raqqa does not mean the death of ISIS. ISIS fighters have been relocating for months, primarily to Yemen and to Libya. The Western media doesn’t cover these conflicts as much because they are less pressing for the Western world. They figure less prominently on our radar—but they are happening.

ISIS dissolving in Syria does not mean the end of Islamic extremism in that country either. Instead, as ISIS fades, Iran and Hezbollah fill its void. And as the dust settles, Israel wants to be certain that its safety is not compromised.

If Iran establishes a position on Israel’s border with Syria, every citizen of Israel would be in range of Iranian weapons every hour of every day, a situation that Israel deems intolerable.

If Russia does not use its leverage to control Iran in Syria and Hezbollah in Lebanon, Israel will take direct steps to prevent Iran from endangering its citizens and security—and likely not through diplomatic channels.

Recent reports indicate that Russia agrees with Israel that Iran cannot have access to Syria and Lebanon, at least not to areas close to Israel’s border.

In early discussions with Russia, Israel demanded that there be no Iranian or Hezbollah presence at all, but it then suggested a 25 mile buffer zone. Russia accepted the pitch but reduced the buffer to five to ten miles. This dialogue is ongoing.

But Iran isn’t fretting about the issue; it has greater aspirations.

Germany released a report claiming that Iran is determined to acquire nuclear weapons. This is significant because Germany is a member of the P5+1 and negotiated the infamous nuclear deal. Germany, unlike the United States, is not known for hyperbole.

The report clearly indicates that Iran’s objective is to obtain nuclear technology for weaponry, which it will then provide to other countries and groups.

Iran has always hated the fact that the United States controls who can possess nuclear technology, and now it is acquiring the ability to do the same.

When issues are in flux, they are much easier to change than when they are fixed. ISIS and Iran are now a seesaw. As one monster bows, the other rears its head.

ISIS is not dead and gone, only humbled. Iran is never humbled.

US and Israel Break Over Peace Deal Between Rival Palestinian Groups 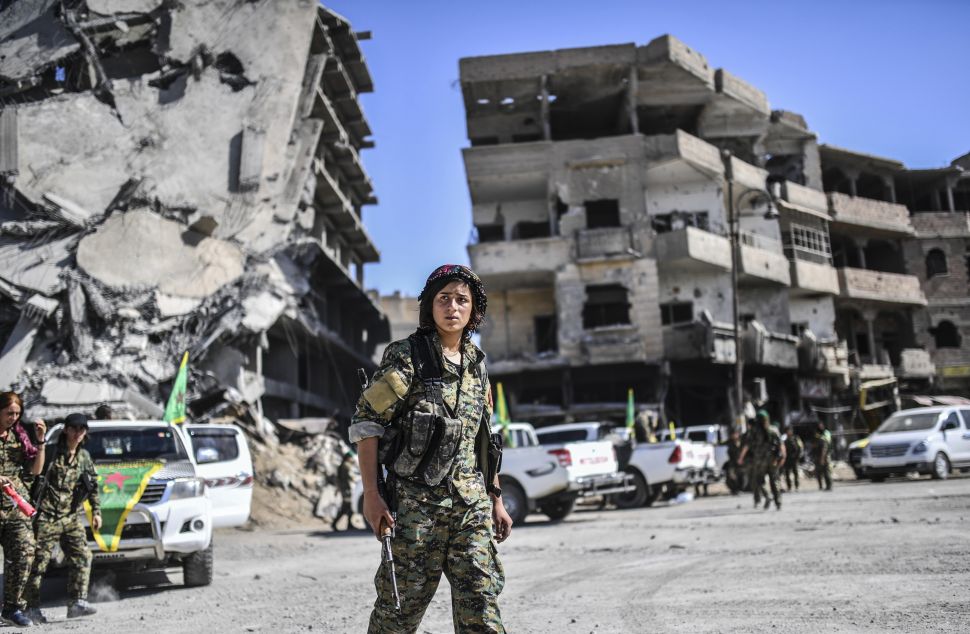