Prince William, noted dad dancer, wants to avoid attaining an actual dad bod. This news comes courtesy of a Daily Mail report, stating that the prince has joined the Chelsea Harbour Club, the same exclusive gym his mother belonged to. Princess Diana was often spotted working on her breakup bod there, after her marriage to Prince Charles was over.

It’s reported that Prince William first visited the club after he dropped off Prince George for his nerve-wracking first day of school. Of course Prince William’s main concern was getting fit, but his first request was for a cookie at the club’s cafe, proving royals really are just like us. Apparently, he remembered the cookies from when his mother was a member at the gym; while they no longer make them, the cook said they’d make sure to find the recipe.

It’s rumored that Princess Diana met one of her alleged beaus, British rugby captain Will Carling, while working out at the Harbour Club. While that story is quite controversial, it’s not as surprising as Sweden’s Princess Victoria’s fitness love story. Princess Victoria met her now-husband when he was hired as her personal trainer.

Of the two British royals, Prince Harry has always seemed far more agile than his older brother. In fact, when the younger prince founded the Invictus Games, he showed just how important sports were to his life. Perhaps Prince Harry will join Harbour Club too, so the brothers can lift weights together. Hopefully the pair will also enroll in a Zumba class (there are plenty of group exercises offered), so Prince William can ditch his dad dance moves, once and for all.

Of course, the gym has its own Instagram where you can keep up with their classes alongside vintage photos of Princess Di—hopefully, they’ll snap the future King of England pumping iron, race face on. 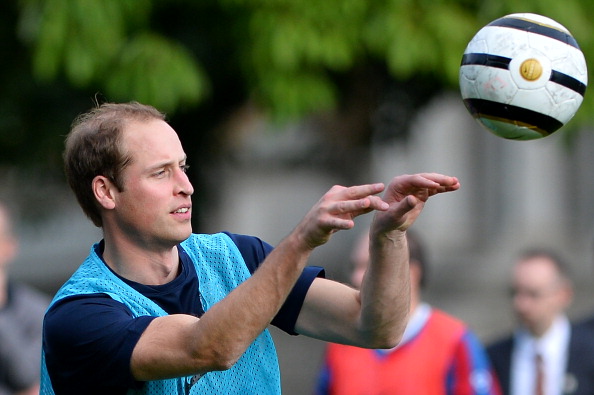