The couple announced their engagement with a post on Instagram, just like everyone else does these days, including members of the royal family. Stamos showed off a custom illustration of the pair at Disneyland—which happens to be his fiancé’s favorite place. The illustration was attributed to Disney animator Paul Briggs who also worked on Frozen. Admit it, your eight-year-old self is swooning.

I asked…she said yes! …And we lived happily ever after💍

The actor first discussed his future wife in 2016, when he said, “This girl I’m dating she loves this song, ‘Disney Girls,'” on The View. He wasn’t wrong, as McHugh’s Instagram seems downright devoted to the happiest place on Earth. While there are almost no photos of her beau (except for one snap on Splash Mountain), she’s posed for pictures while dressed as almost every Disney princess and cartoon imaginable. As part of what appears to be #DisneyStyle #sponcon, she’s paired red sneakers with a Snow White ensemble, donned a Winnie the Pooh onesie for a slumber party and a day at the park and transformed herself into Minnie Mouse. If you’re looking for Halloween ideas, she certainly offers up a new one daily.

The actress has also been a guest star on Law & Order: SVU, made an appearance as Sloan on The Vampire Diaries and starred alongside Josh Peck in Ingenue-ish, a film directed by Stamos with a plot that sounds like it could potentially be inspired by real life: “A kind of young, sort of ethnic LA actress struggles to make it in showbiz without knowing someone, having a famous last name, or sleeping her way to the top (one of these is false).” She also appears to be a model, as she’s represented by Wilhelmina.

There is no better way to celebrate both #Disneyland and #SplashMountain 's birthdays than by riding Splash Mountain with the man who came up with the idea for the ride, the Legend #TonyBaxter !! I swear that's him behind the really enthusiastic man. ✌🏽

Now, everyone just has to wait to see what McHugh wears on her wedding day, but it’s almost certain that a princess tiara will be involved and she’ll find some way to incorporate Disney (perhaps the groomsmen, which will almost definitely include Peck, can dress as the seven dwarves).

Unfortunately, Uncle Jesse’s fans on Twitter were not pleased with the exciting news, as many were holding out hope that he would end up with Aunt Becky. 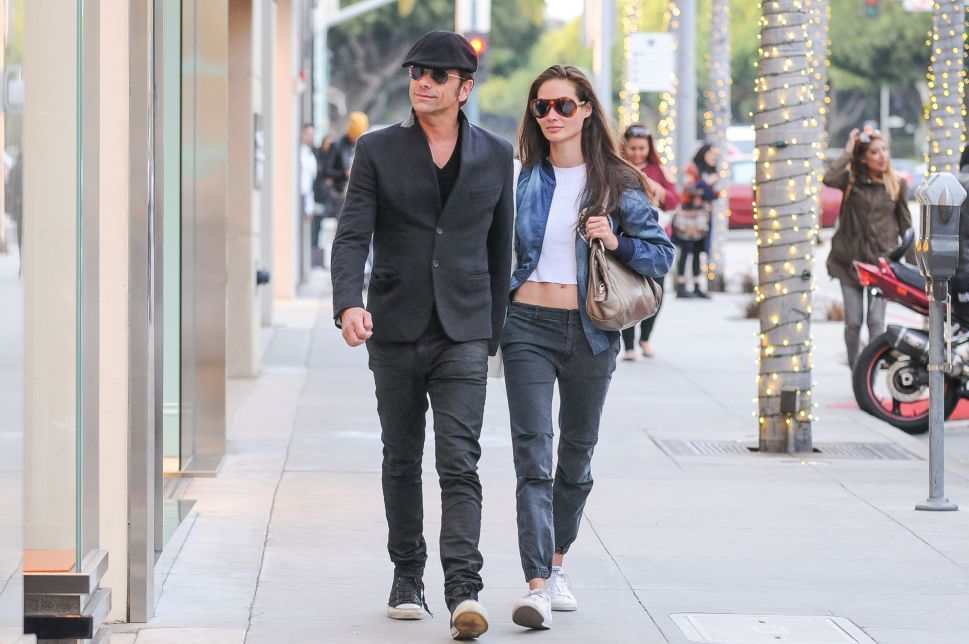