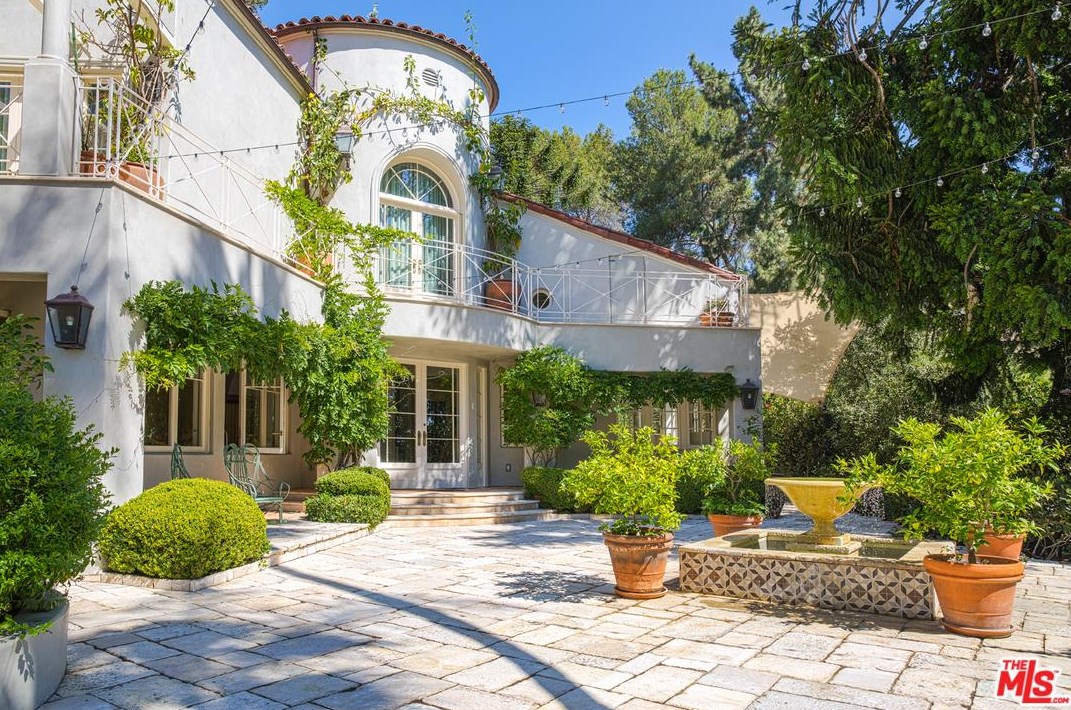 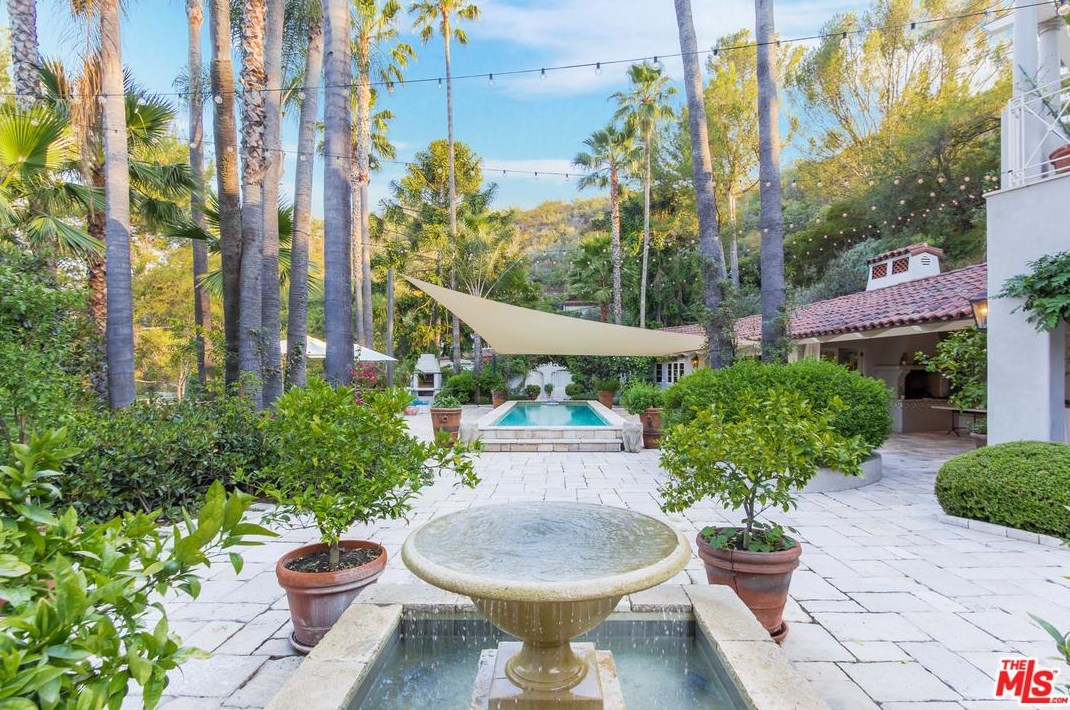 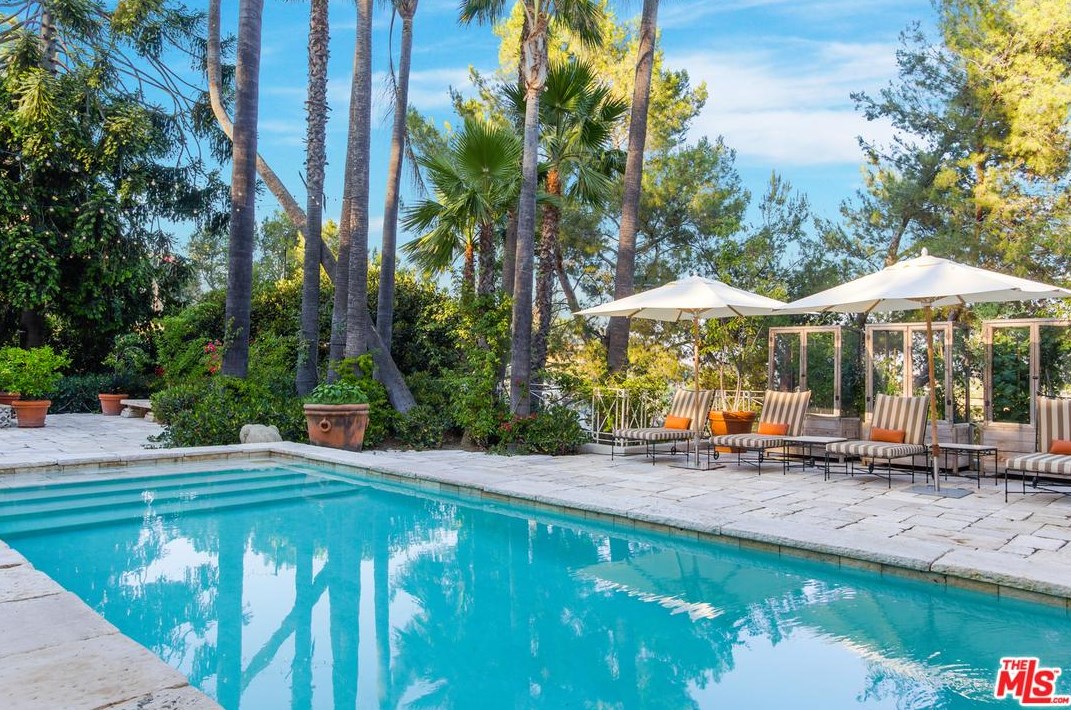 She was reportedly previously shopping it around along with an adjacent parcel for $15 million.
Coldwell Banker 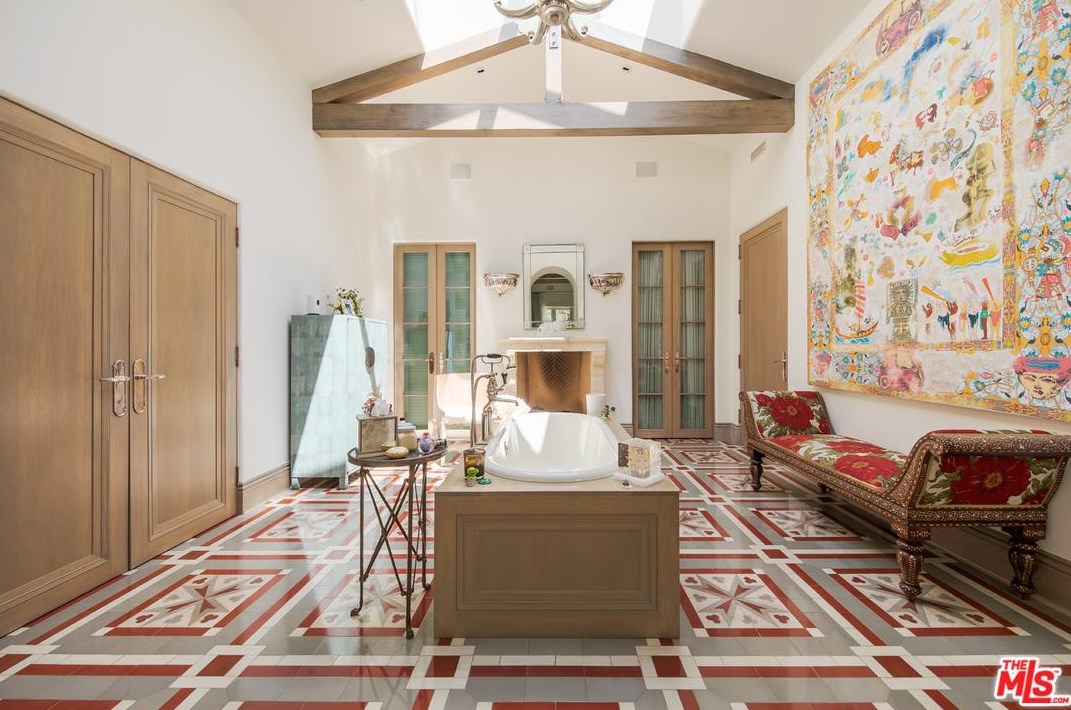 She bought the home in April 2013.
Coldwell Banker
Advertisement 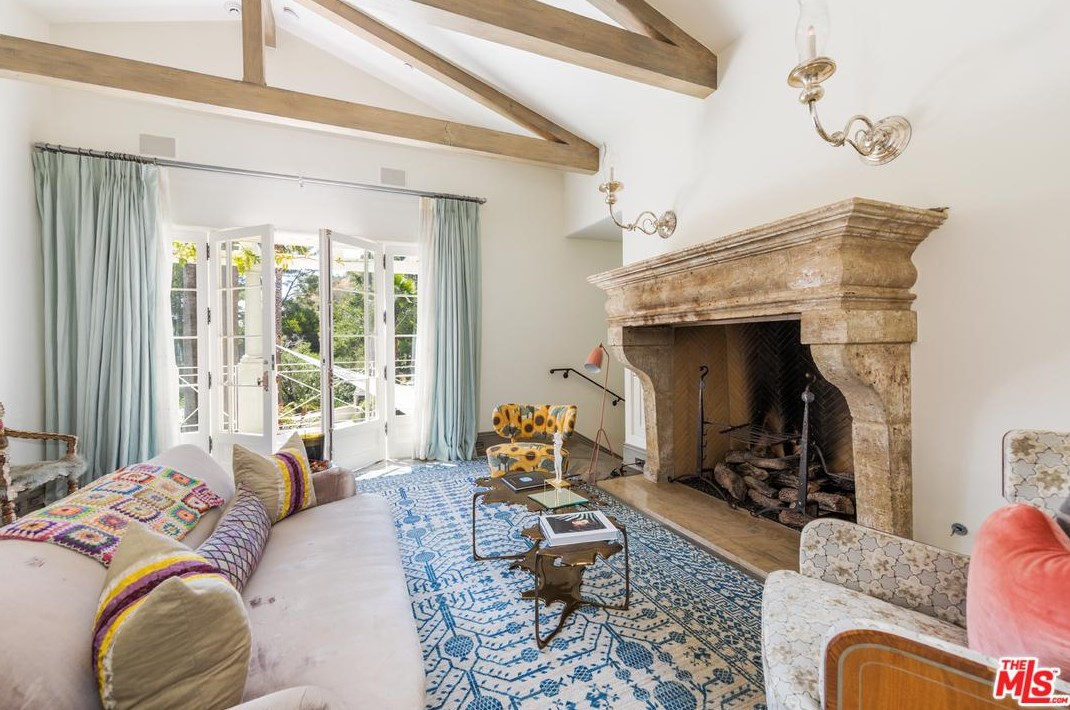 There are a total of four fireplaces.
Coldwell Banker 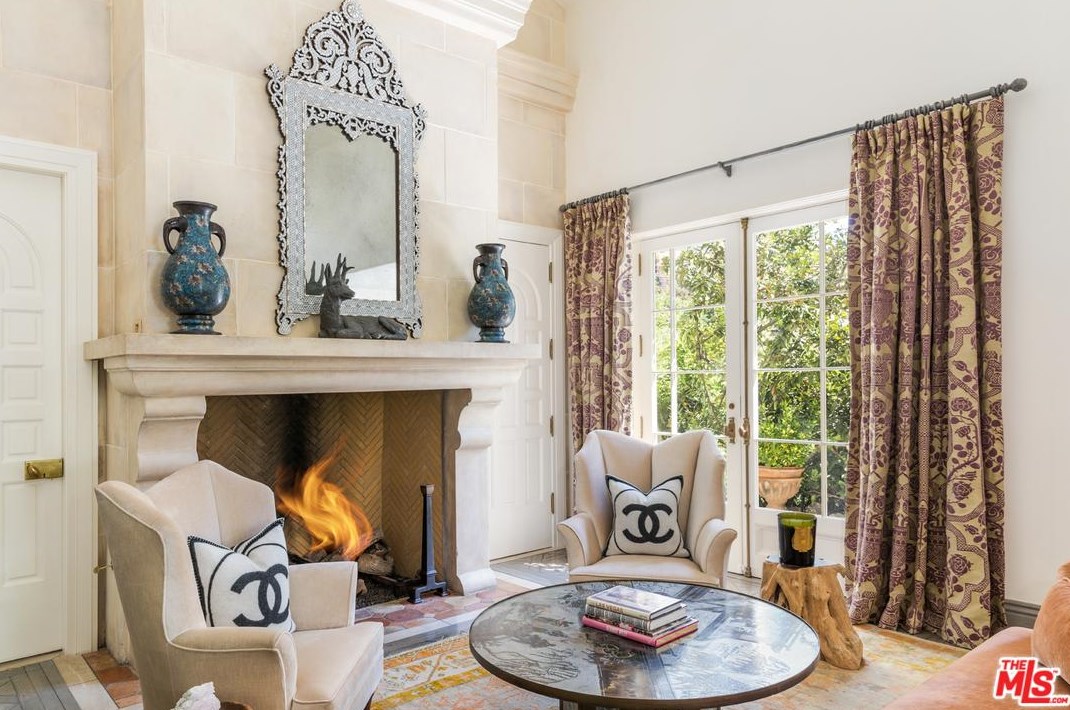 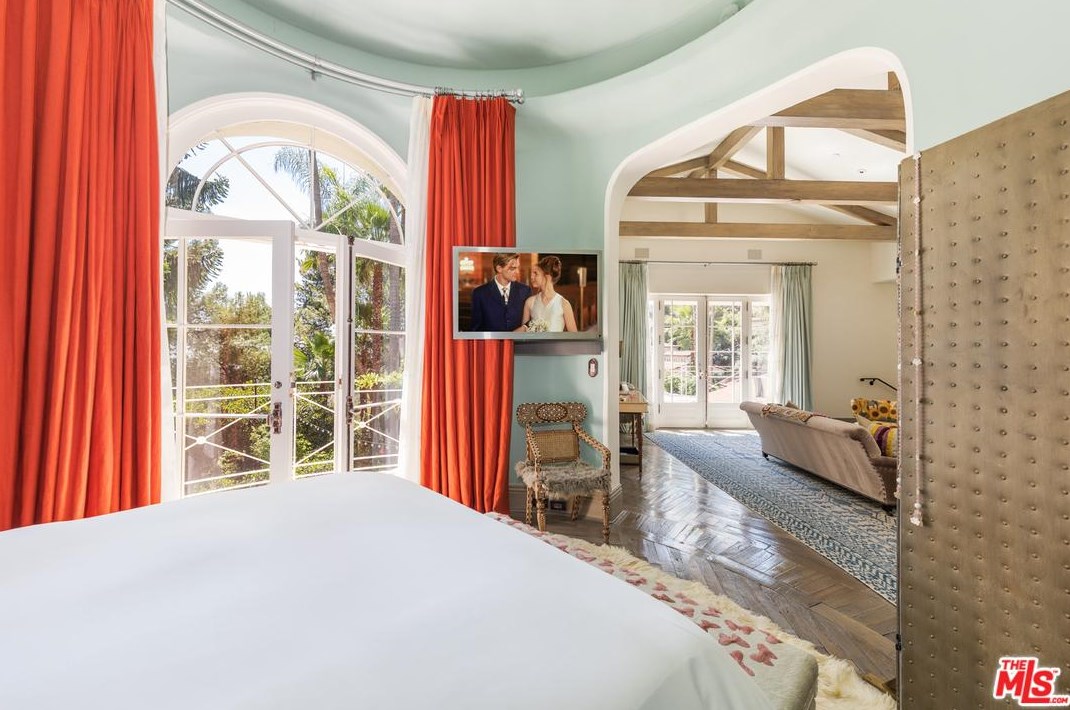 The house was built in 1954.
Coldwell Banker
Advertisement 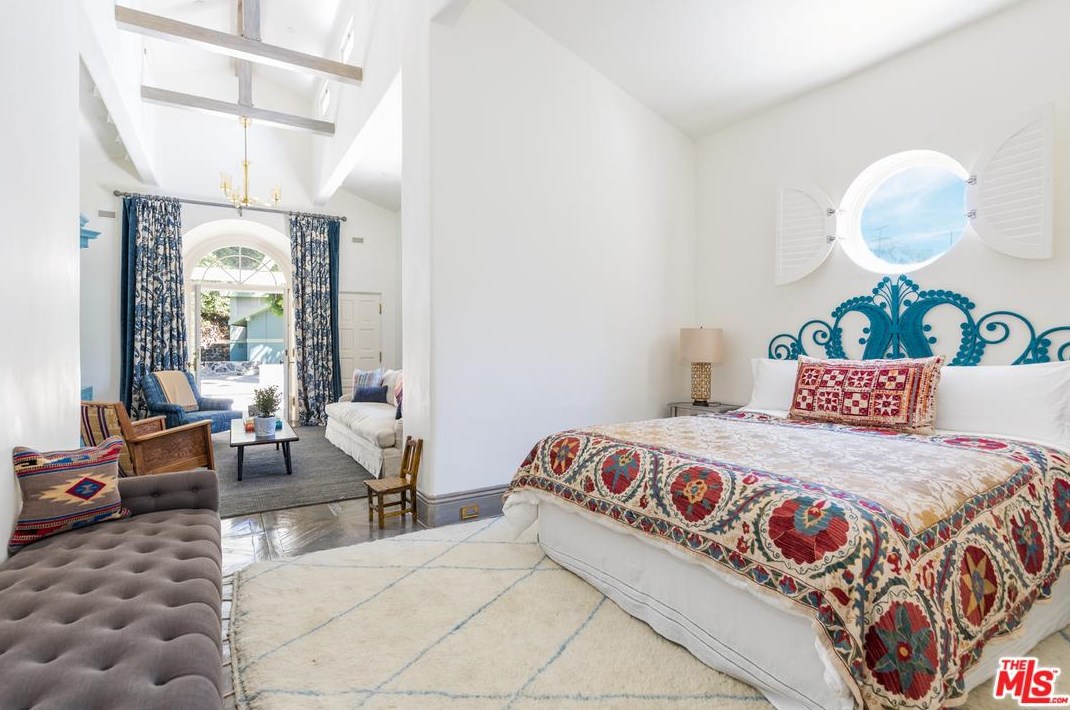 The master suite occupies the entire second level of the house.
Coldwell Banker 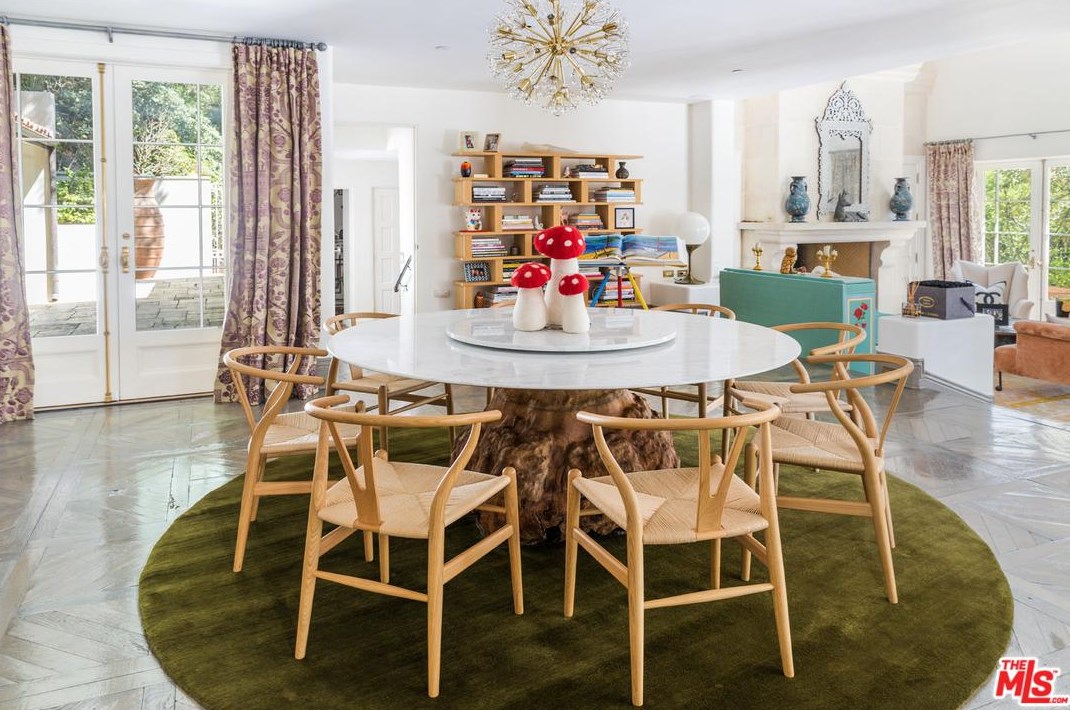 The property is right by Runyon Canyon.
Coldwell Banker 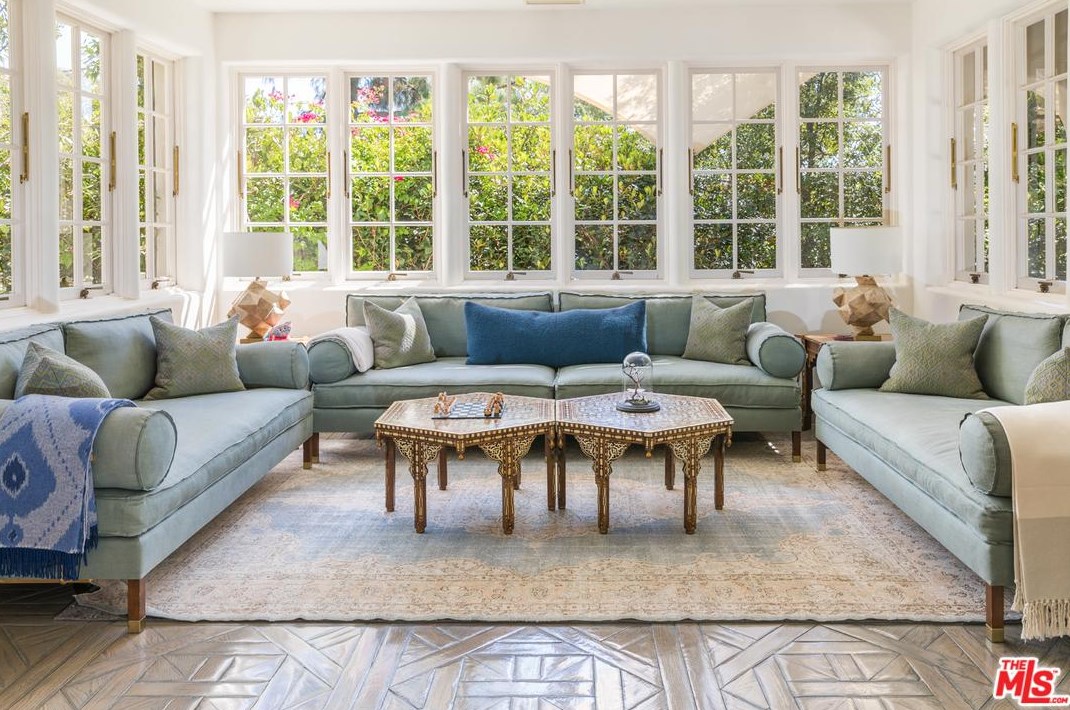 There are plenty of French doors throughout.
Coldwell Banker
Advertisement 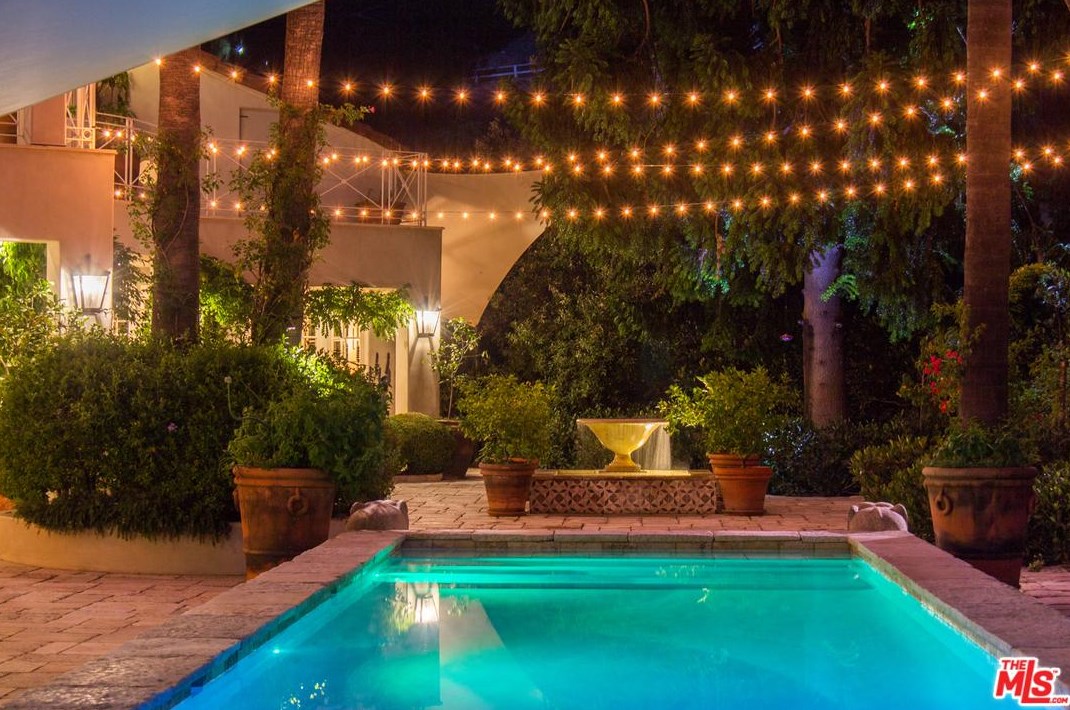 There are four separate structures on the property.
Coldwell Banker 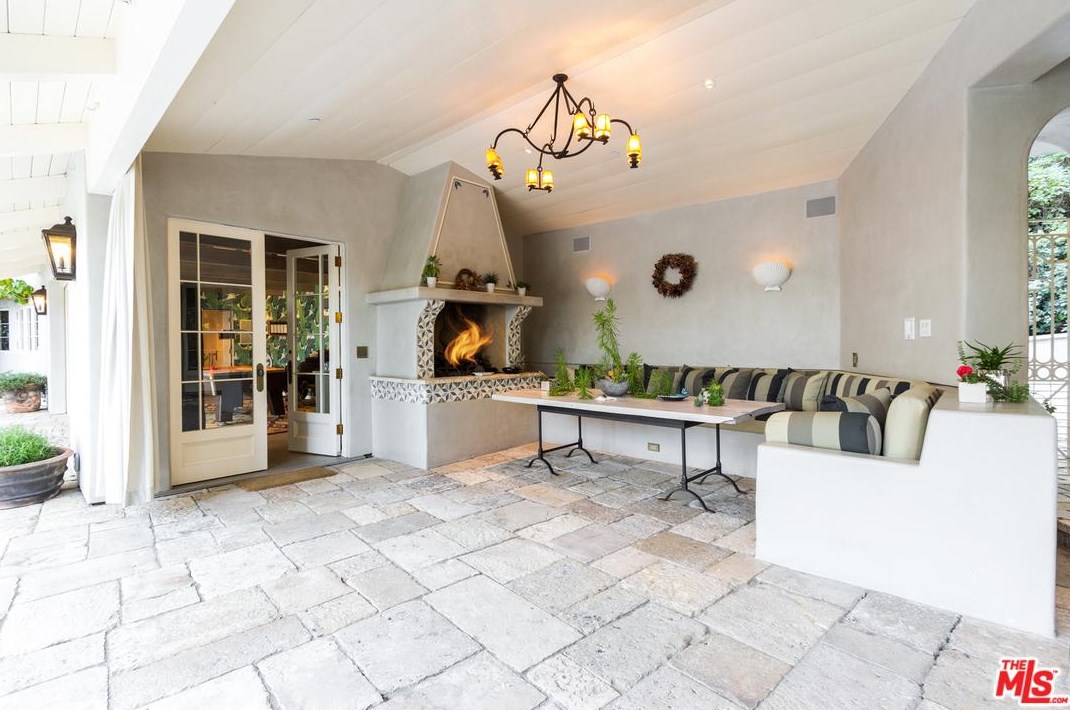 Part of the stone patio is covered.
Coldwell Banker 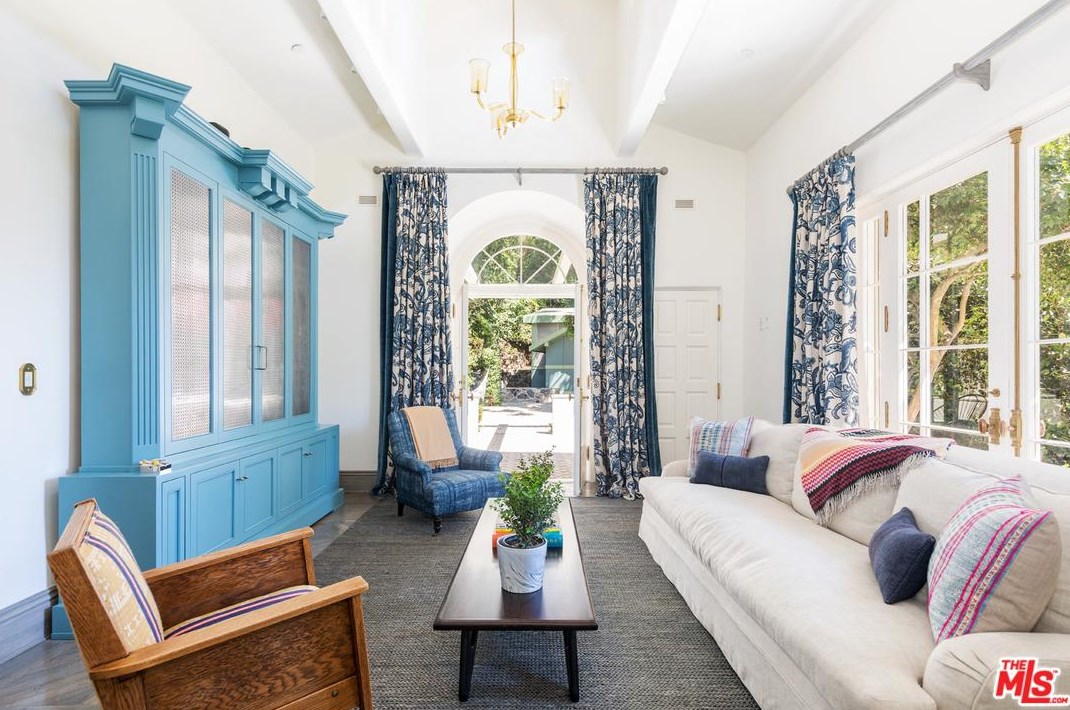 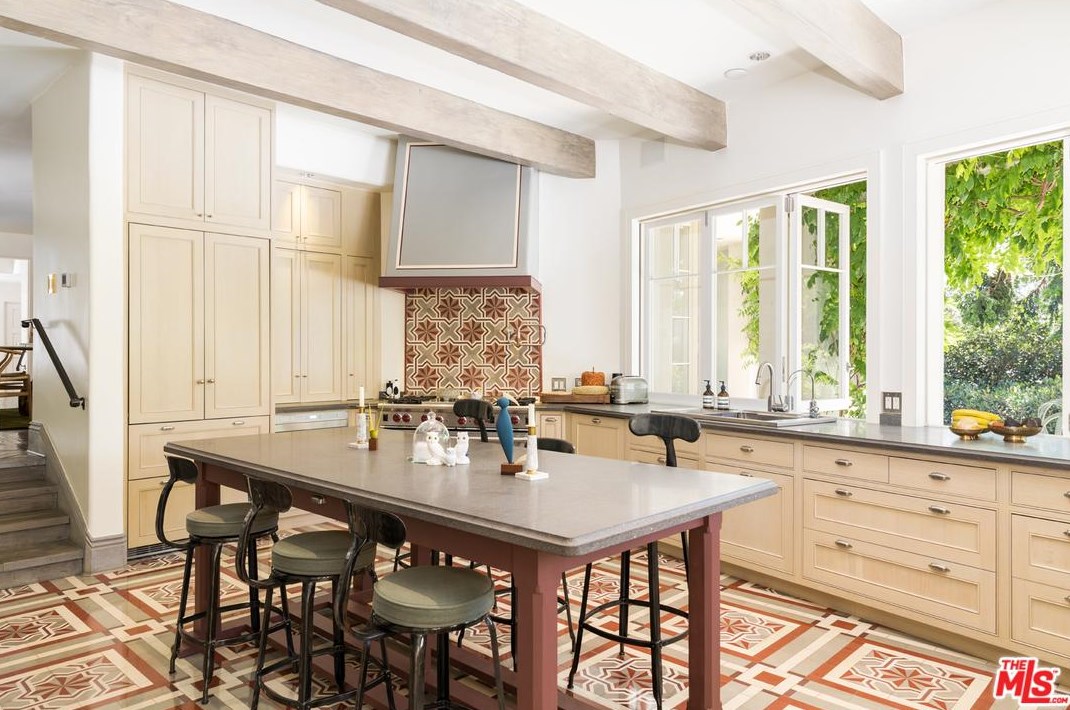 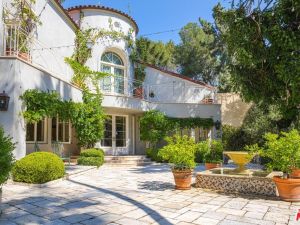 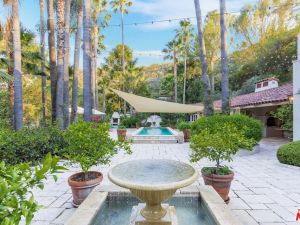 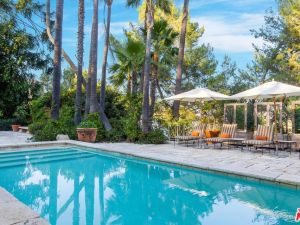 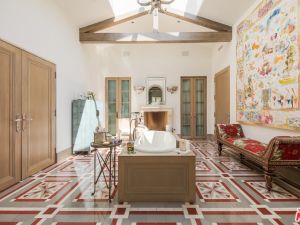 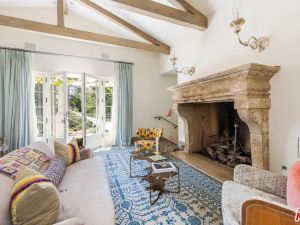 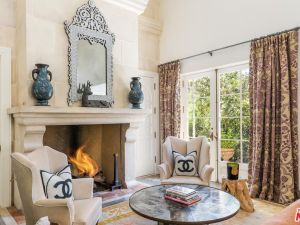 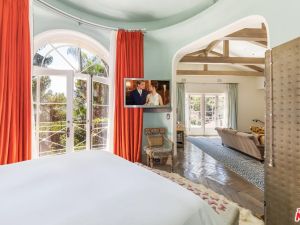 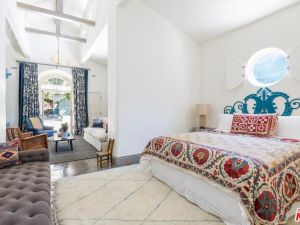 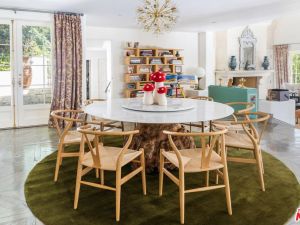 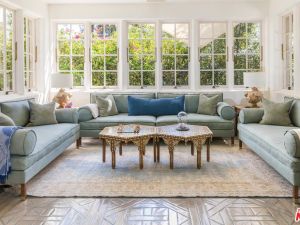 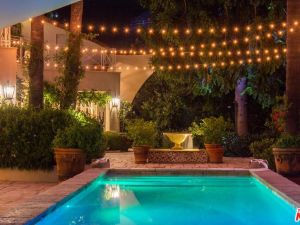 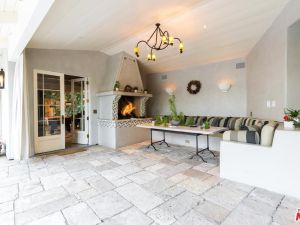 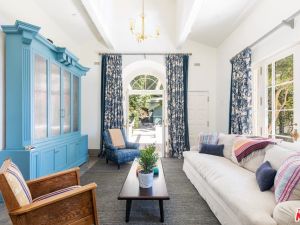 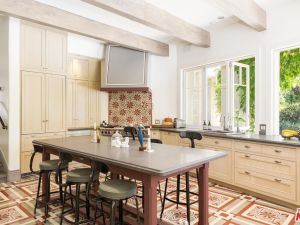 Katy Perry wants to move on from Runyon Canyon.

The pop star was quietly shopping around her two-parcel estate on Mulholland Drive off-market for $15 million, per Variety, but it appears she didn’t find an offer up to par. Perry has officially listed the larger of the two parcels—an impressive 2.33-acre spread—for $9.45 million.

The gated property is comprised of four separate residential structures: the Mediterranean-style main house, a two-story guest house, a security guardhouse and an entire fitness building.

The master suite occupies the entire second level of the main house, with a Roman-inspired bath, finished off with a sky ceiling. Elsewhere in the four-bedroom, 4.5-bathroom main residence is an eat-in kitchen, dining room, great room and four fireplaces.

Beamed ceilings, hardwood floors floors and whimsical décor details, such as pillows stamped with the Chanel logo, can be found throughout the entire airy house. Outside, there’s a pool surrounded by Italian stone, as well as an outdoor grill, a cabana with a spa bath, an outdoor fireplace and a “flowing fountain,” says the listing. The string lights dangling over the pool simply add to the very L.A. aesthetic of this home.

Perry bought the abode in April 2013 for $8.2 million, at the same time she purchased the 3,000-square-foot, five-bedroom house next door, which is on a separate 0.88-acre property, with another pool. The smaller property hasn’t yet appeared on the market, but it seems likely it will at some point in the near future.

After all, it was only a matter of time before this Runyon Canyon home came up for grabs. In spring 2016, Perry doled out nearly $20 million for a very secluded, private Beverly Hills home, in a gated community in Coldwater Canyon—her ex Orlando Bloom actually also bought a home nearby, shortly after Perry’s own purchase.

But this is not the only home deal Perry made recently—she received approval to continue with her $14.5 million purchase of an 8-acre former convent in Los Feliz earlier this year, but now is reportedly waiting on Vatican approval. Perhaps her new Beverly Hills home will just have to do for now.