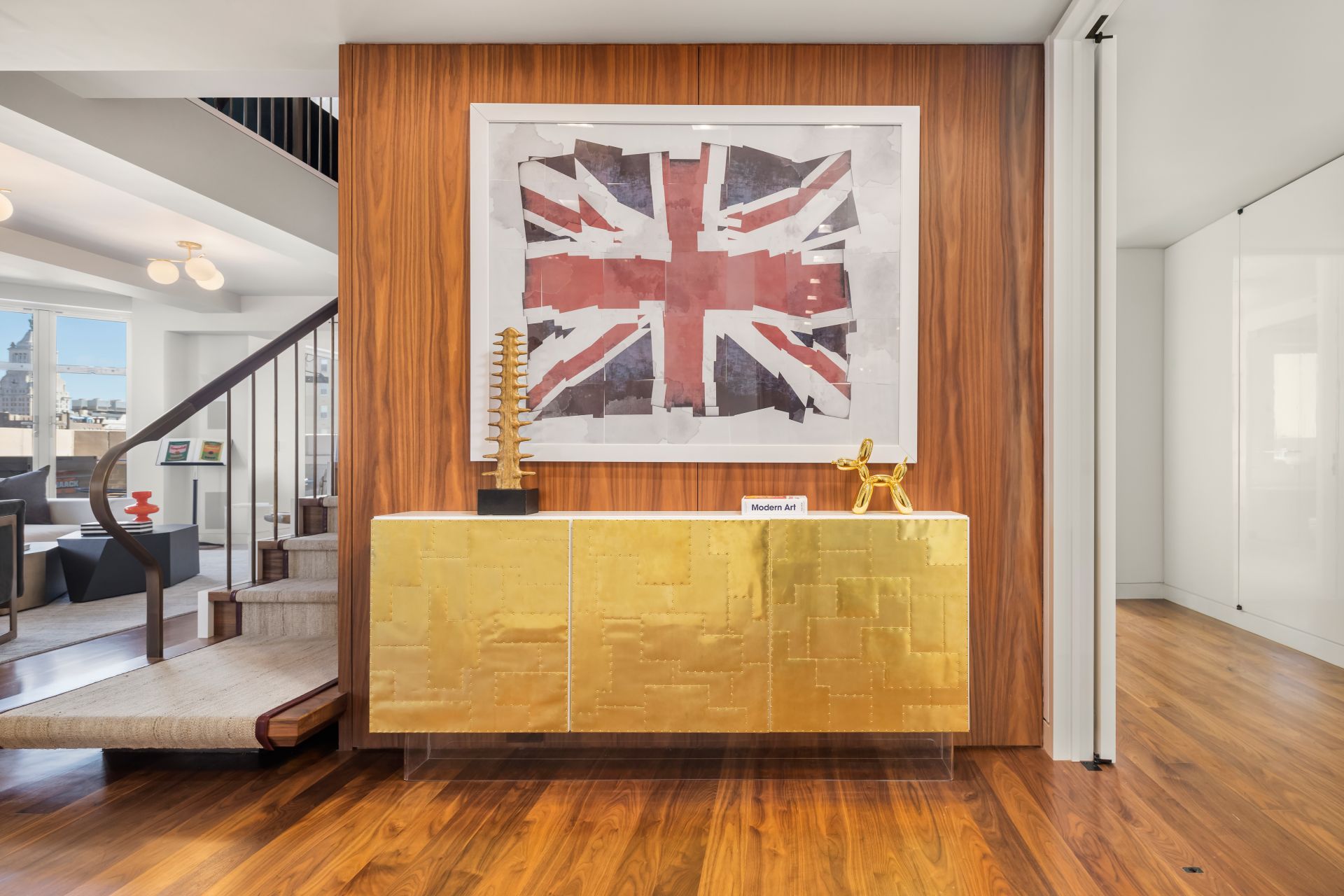 Keith Richards freshened up his Fifth Avenue penthouse before relisting it. Scroll through to see inside the luxe duplex.
Courtesy Douglas Elliman 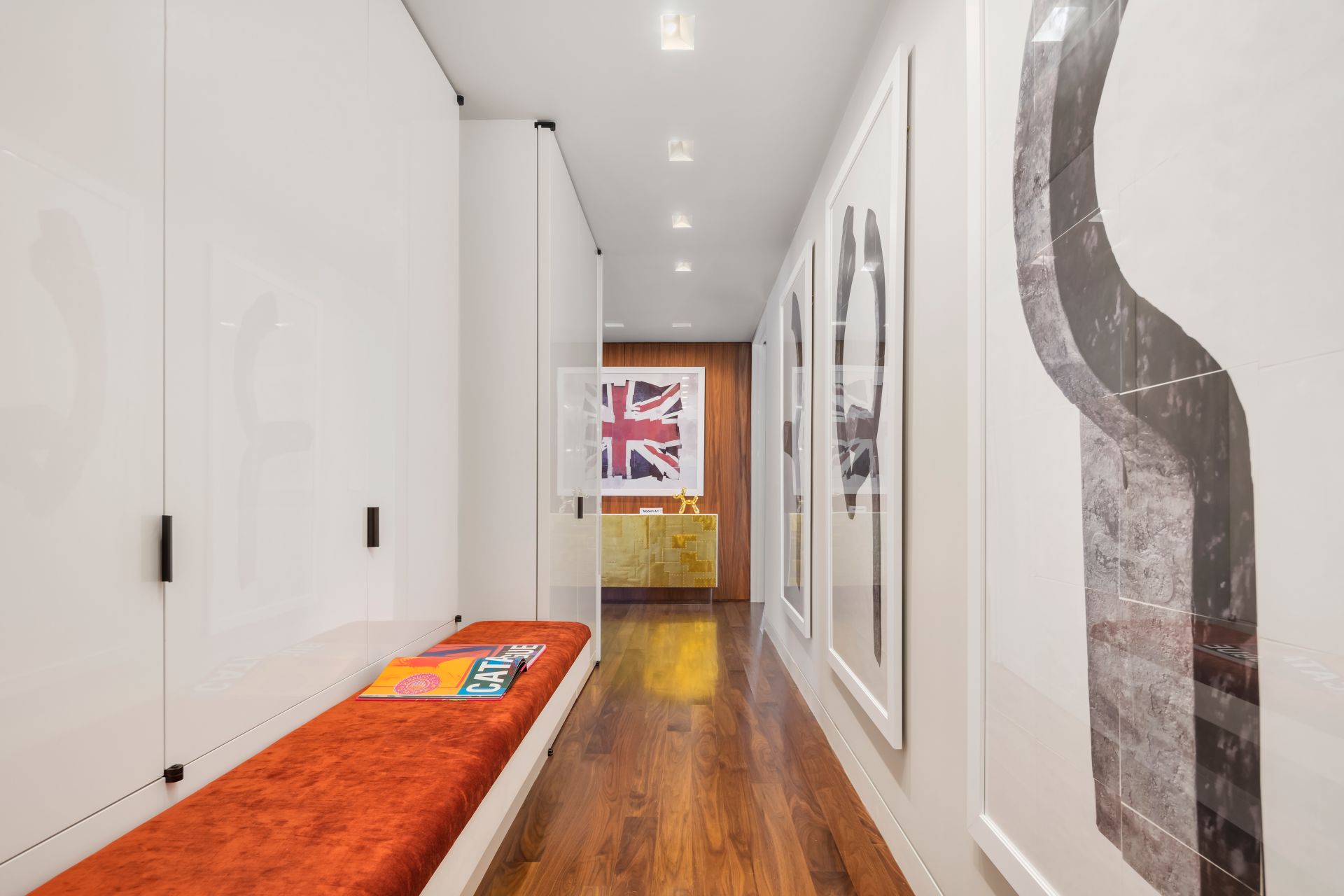 Richards and his wife, Patti Hansen, bought the space in 2014.
Courtesy Douglas Elliman 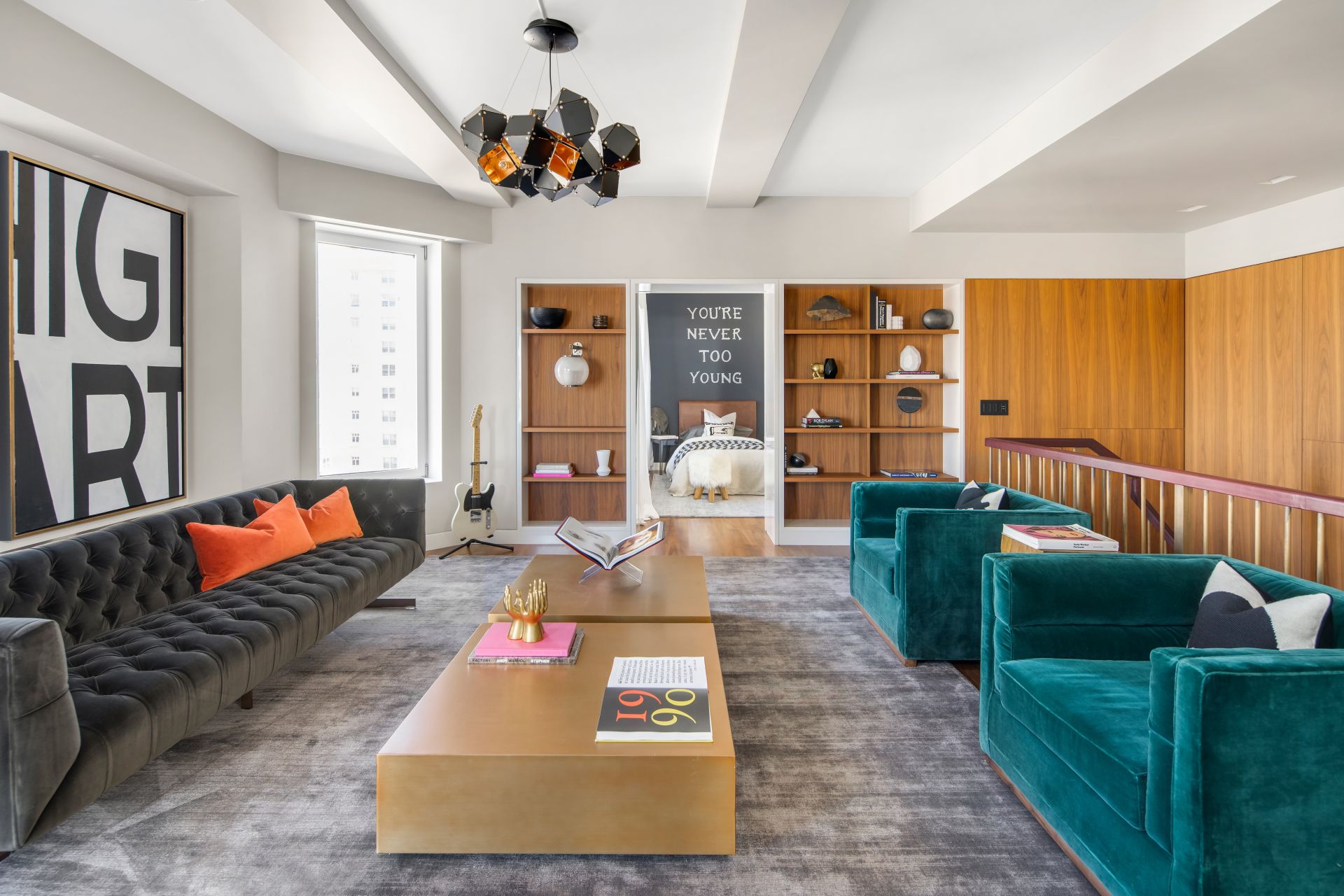 Cheryl Eisen staged the apartment prior to relisting it.
Courtesy Douglas Elliman 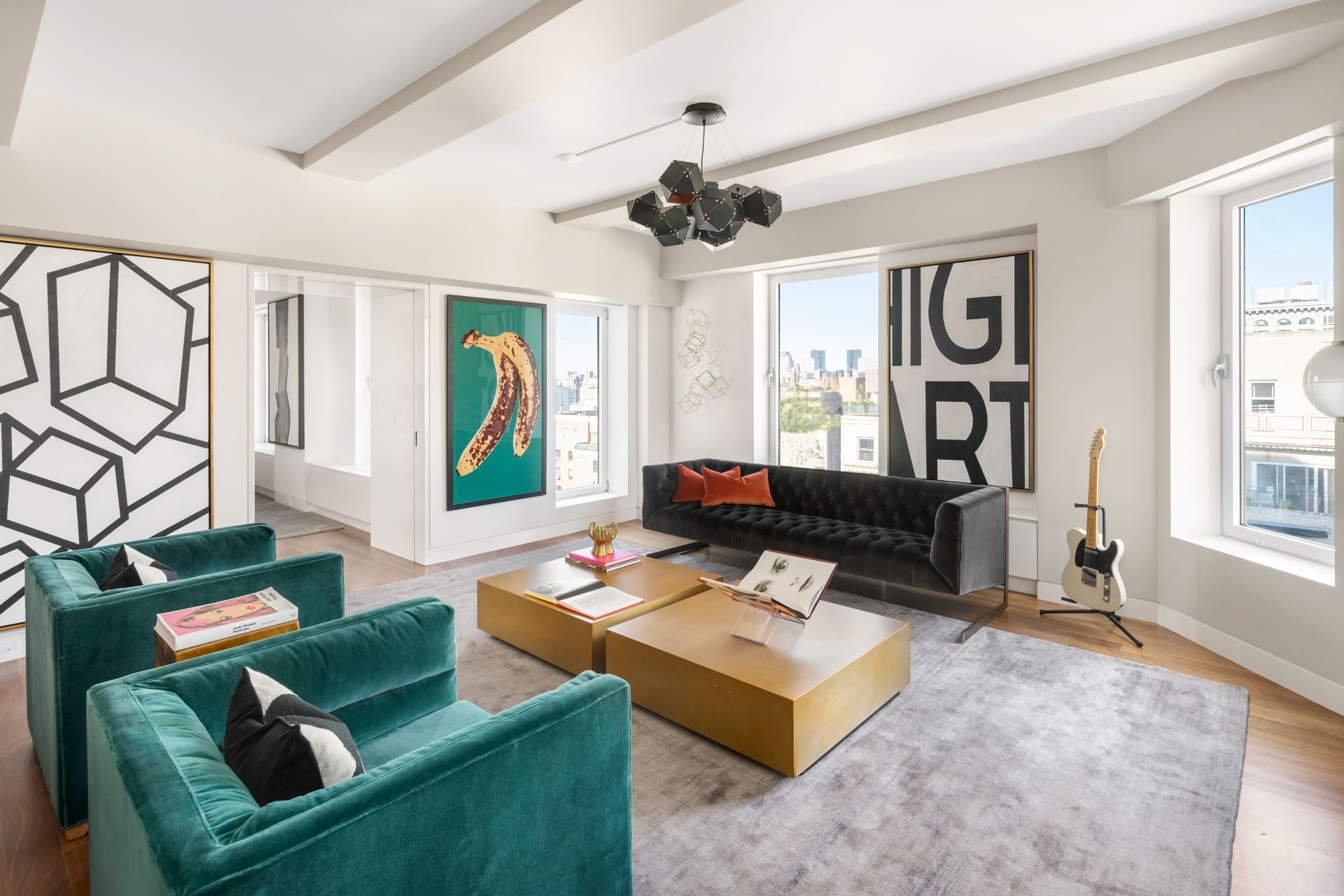 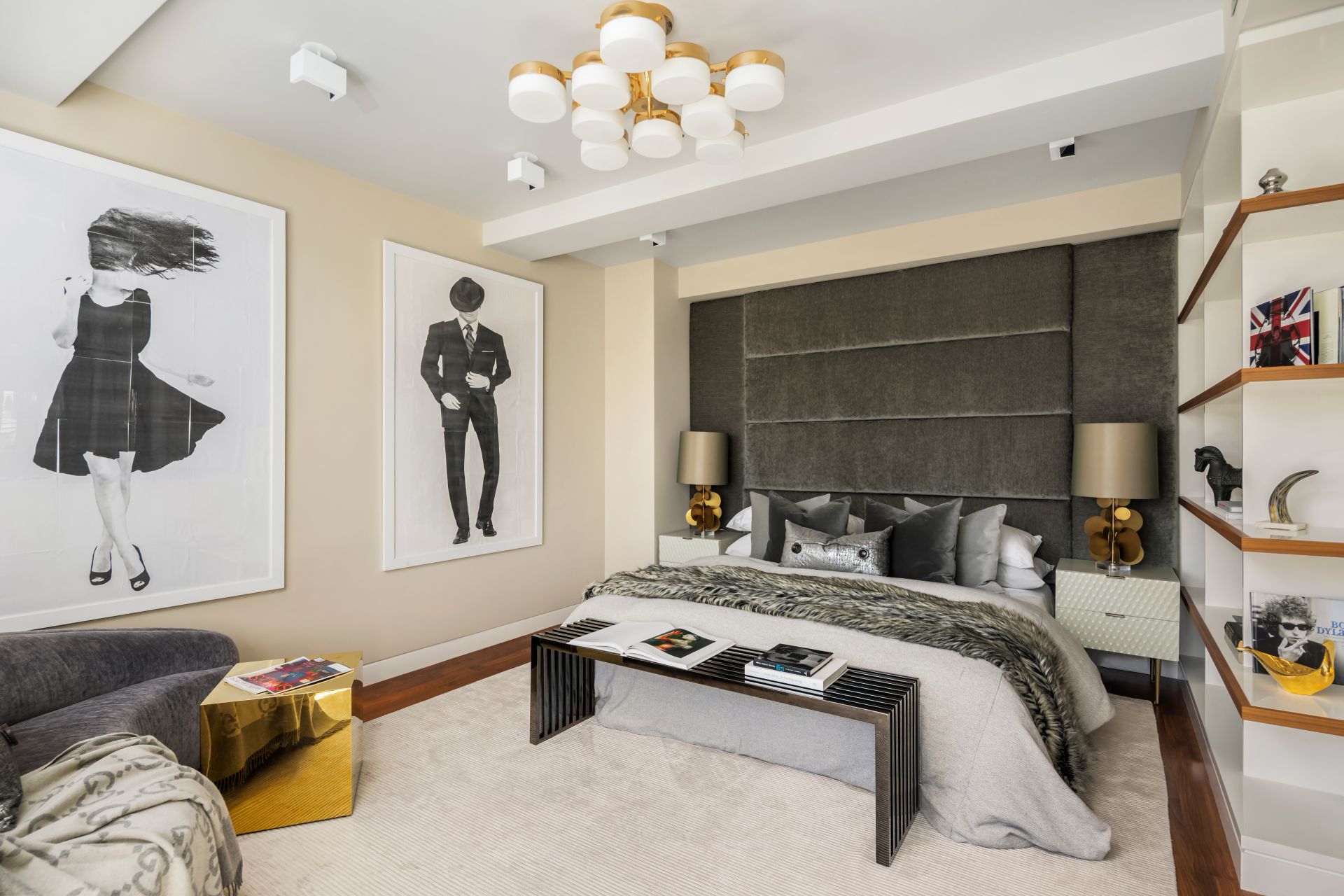 The master bedroom is on the main level.
Courtesy Douglas Elliman 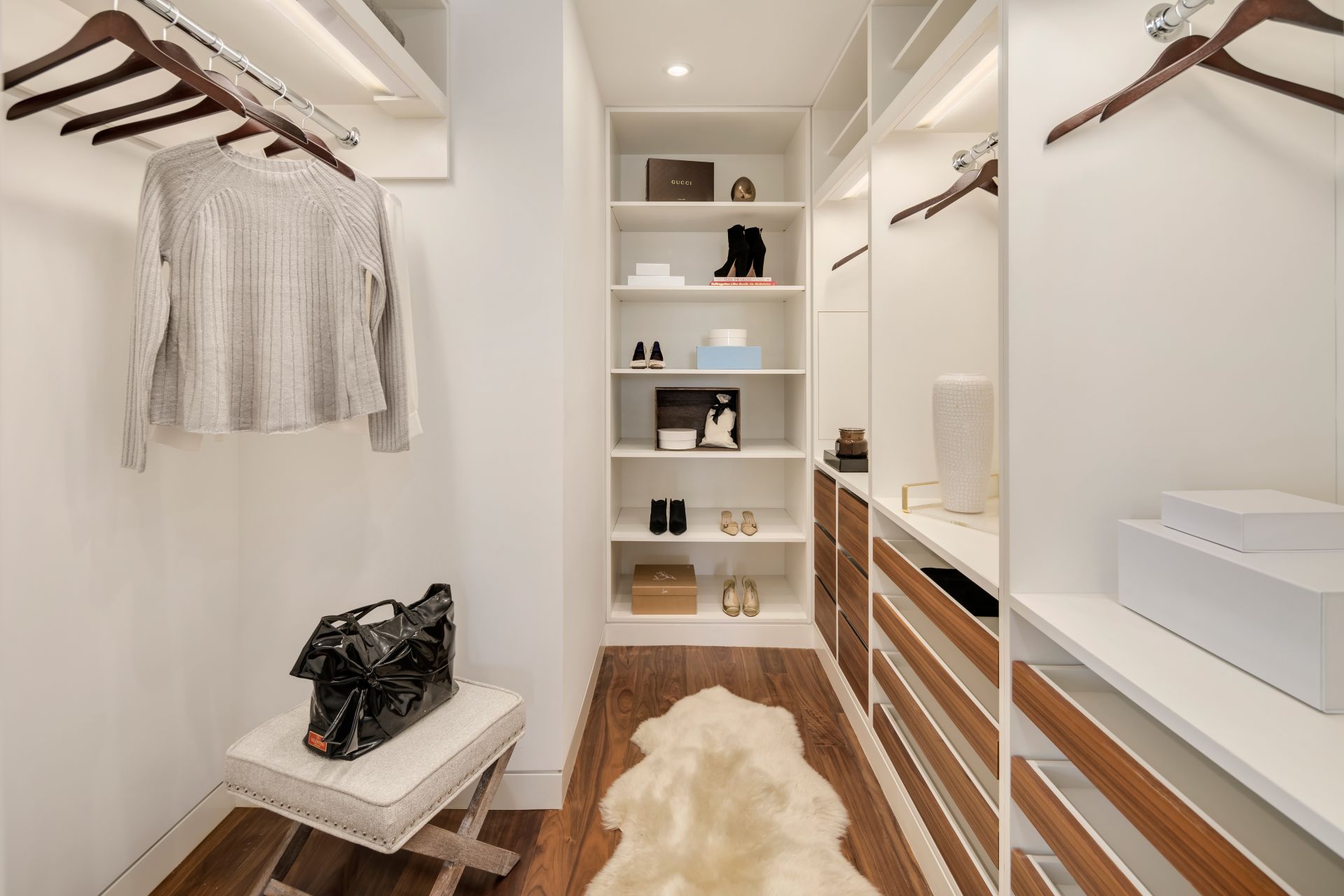 There are two walk-in closets in the master suite.
Courtesy Douglas Elliman 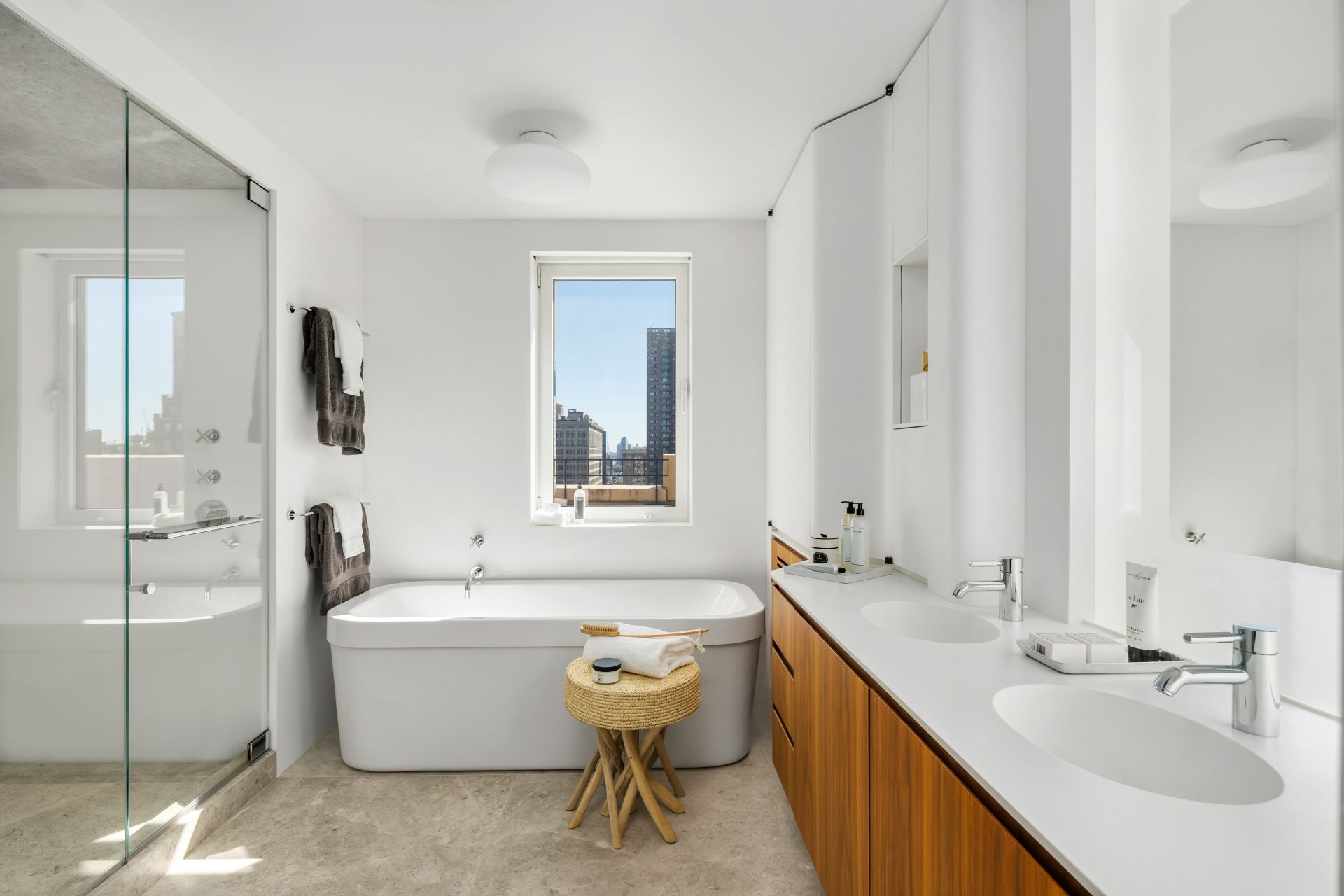 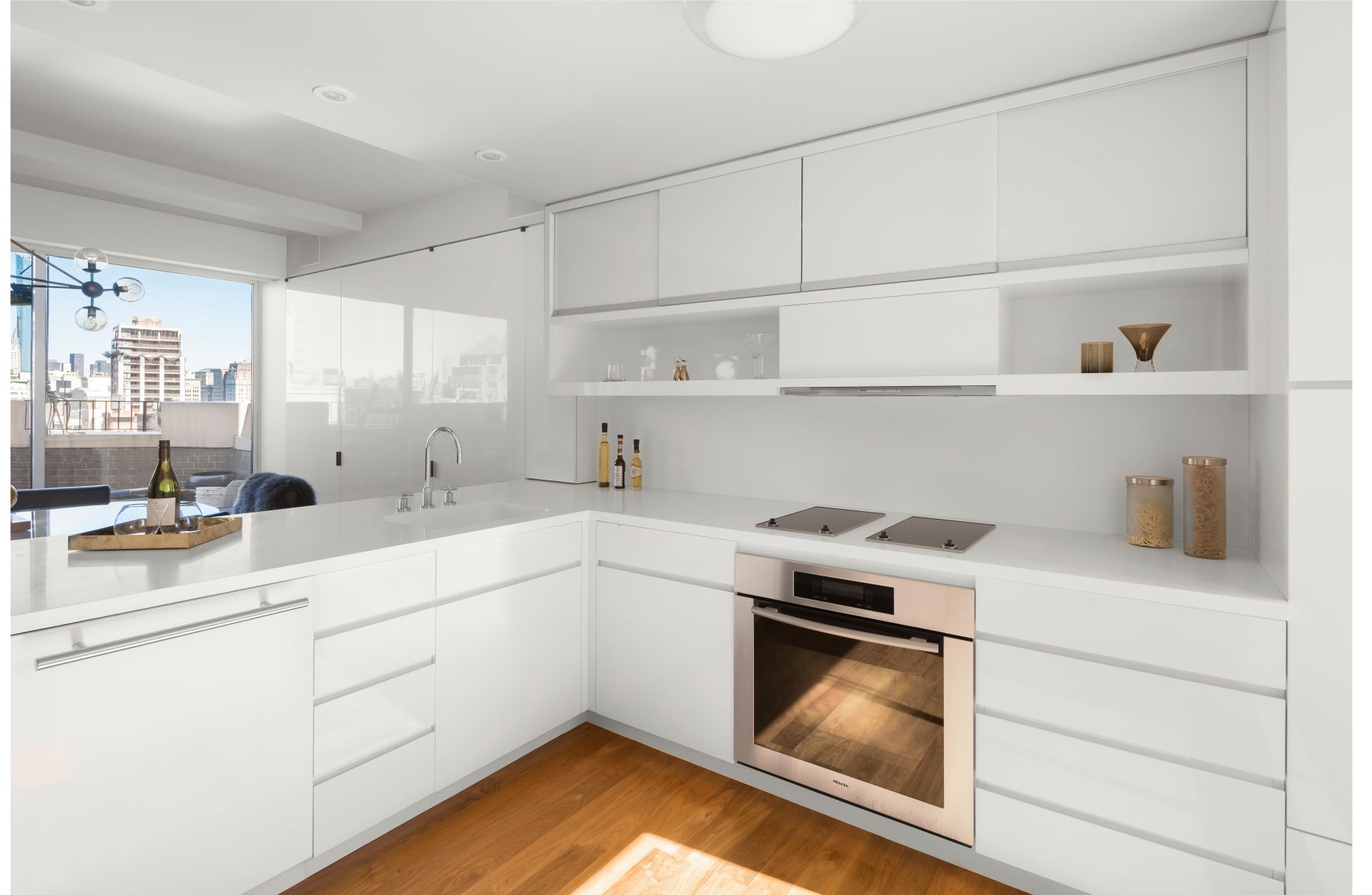 And now it's back, with a price reduction to just under $12 million.
Courtesy Douglas Elliman 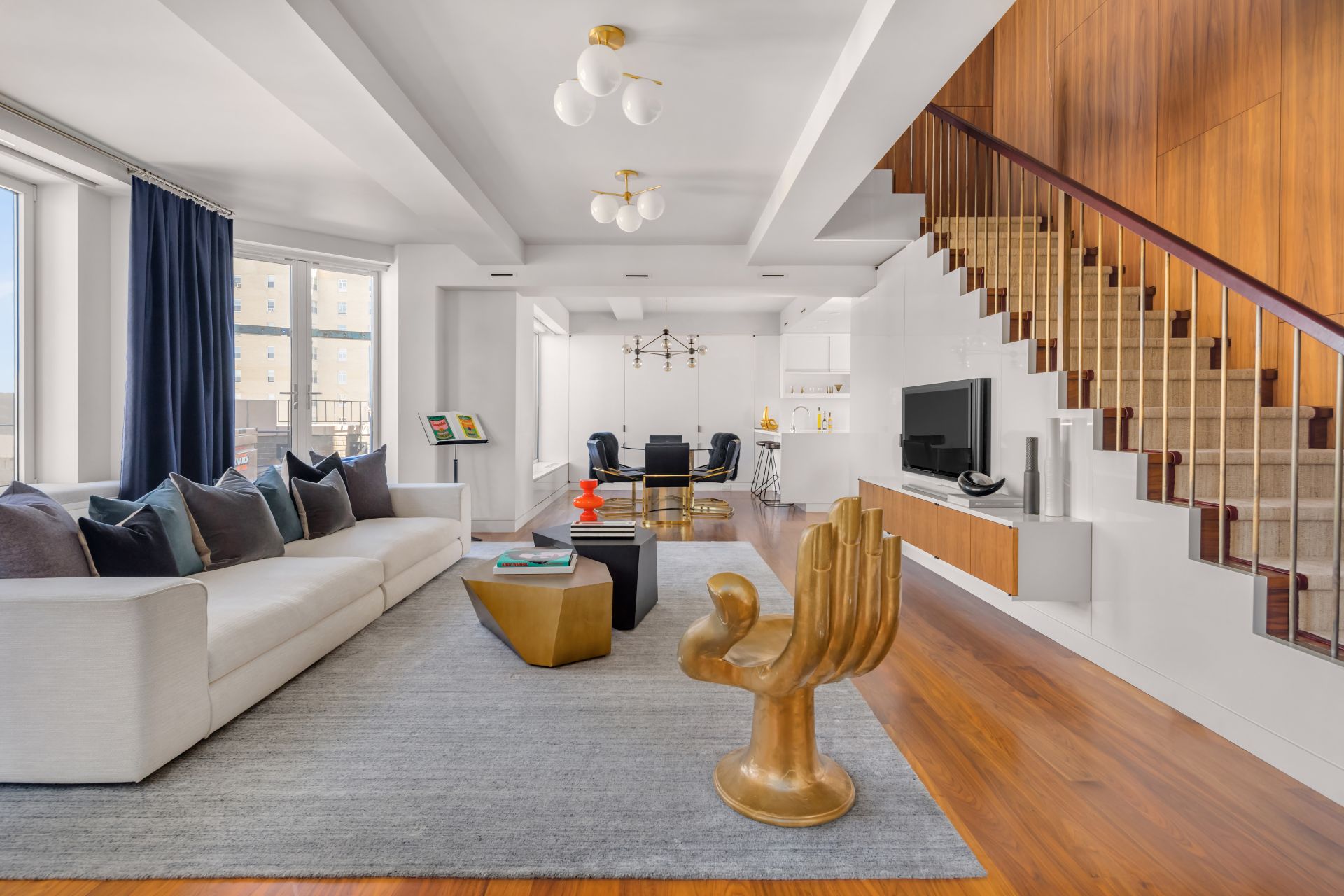 A staircase with a leather wrapped bronze handrail leads to the second level.
Courtesy Douglas Elliman 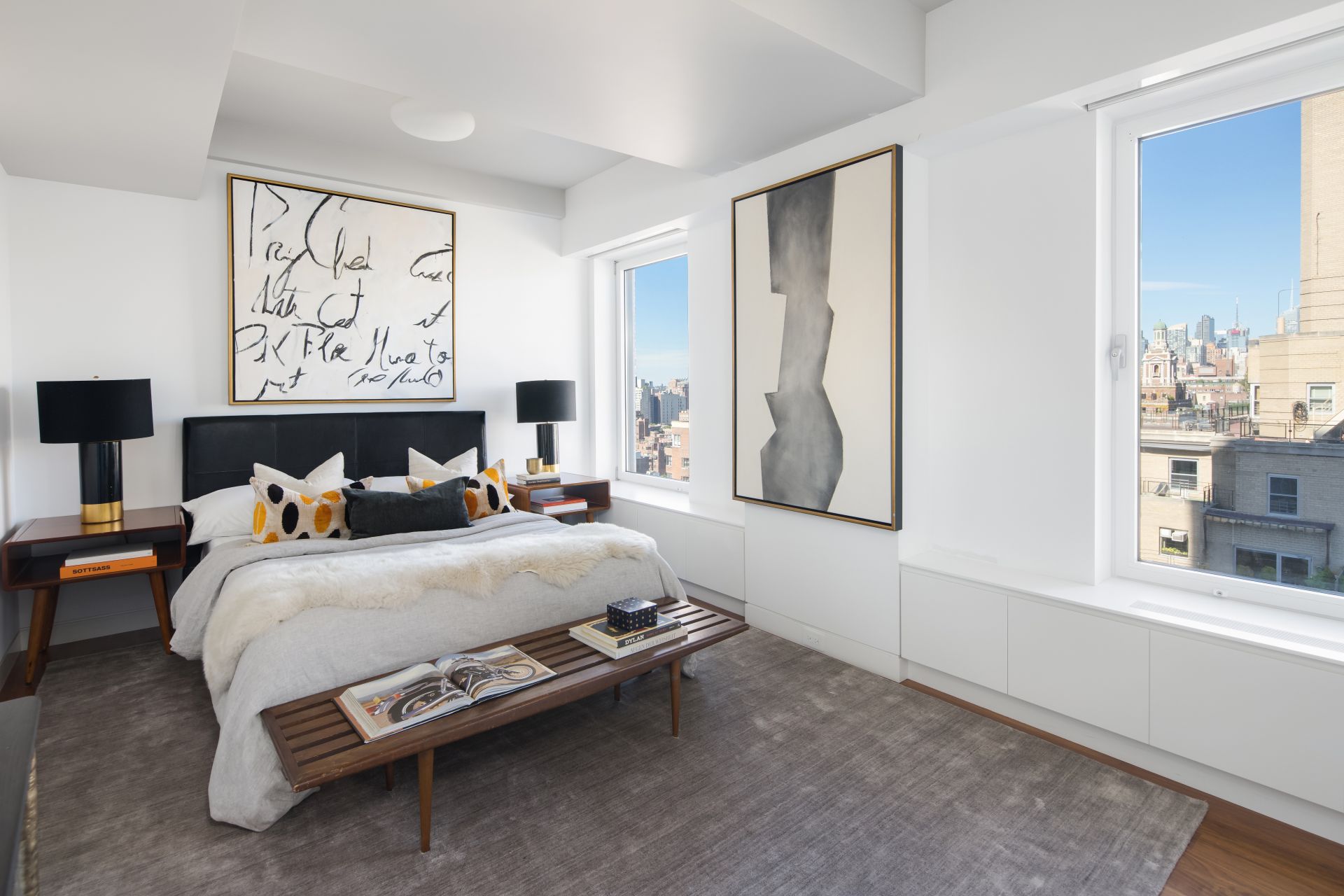 The apartment was extensively renovated in 2011, prior to Richards purchasing it.
Courtesy Douglas Elliman
Advertisement 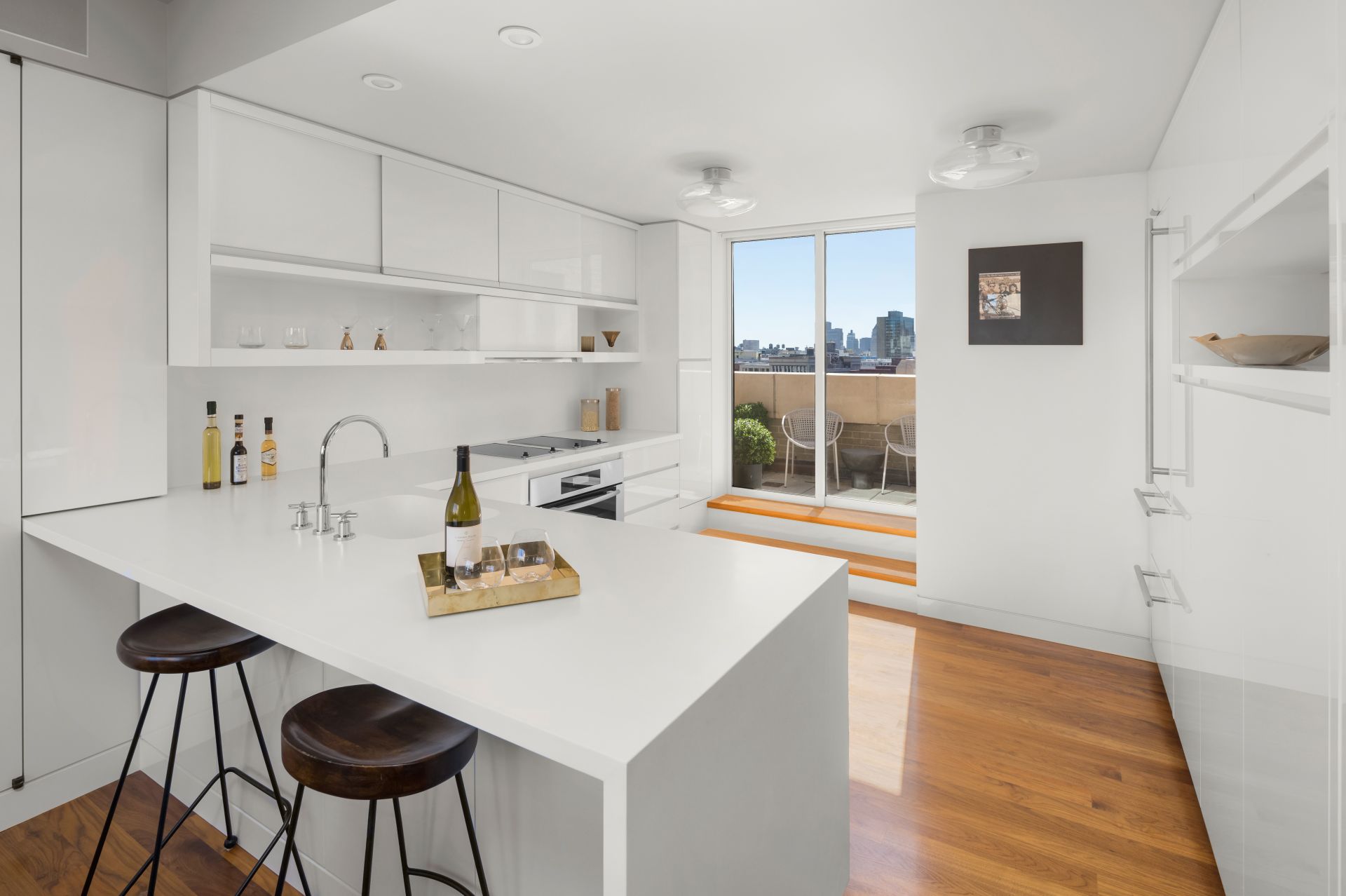 There are a total of three terraces.
Courtesy Douglas Elliman 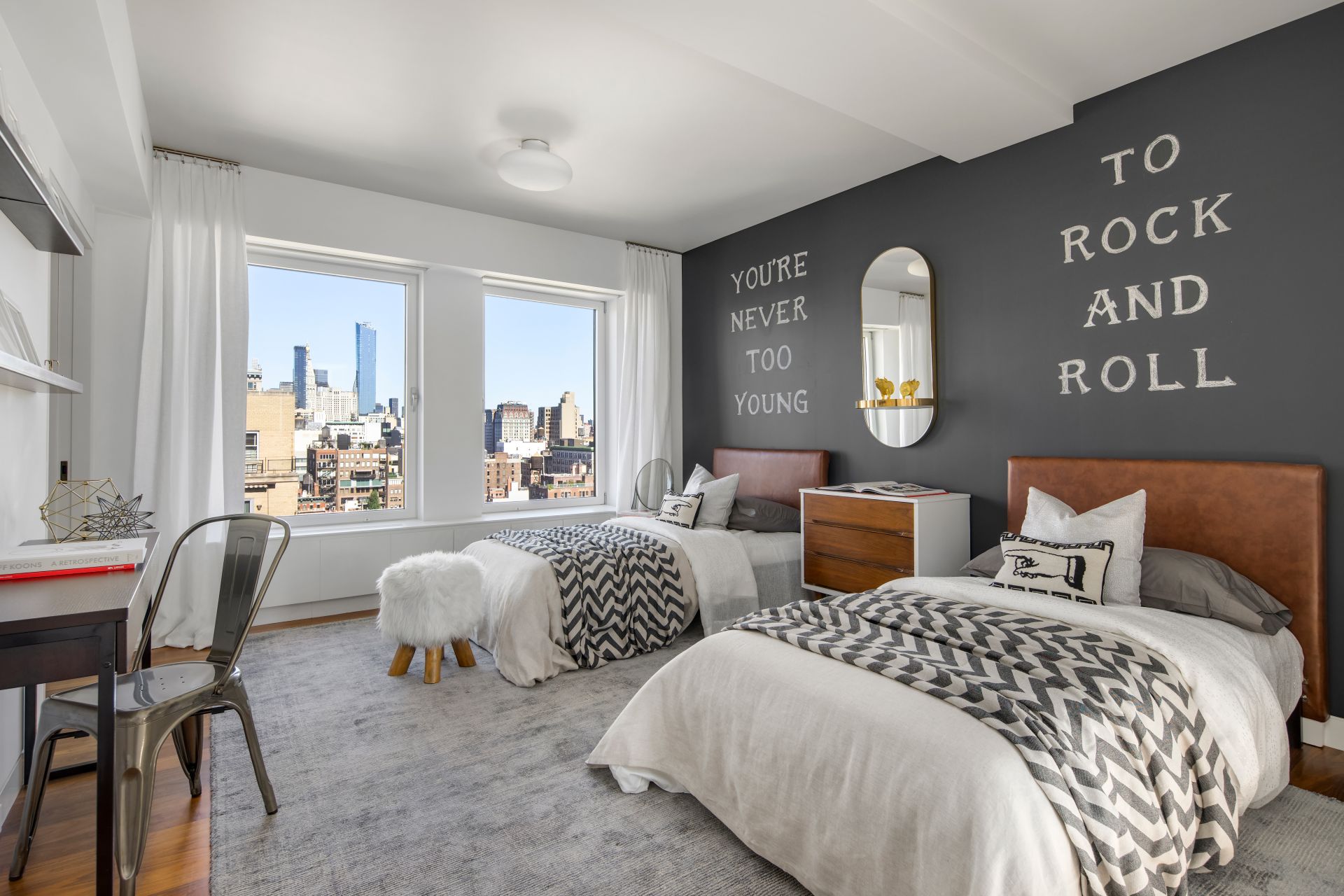 The bedrooms are all en suite.
Courtesy Douglas Elliman 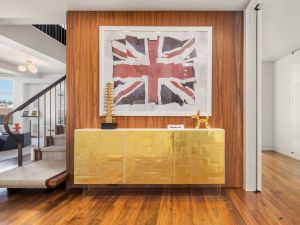 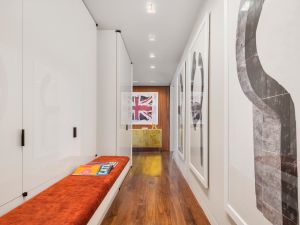 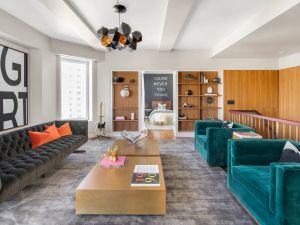 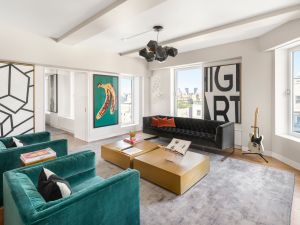 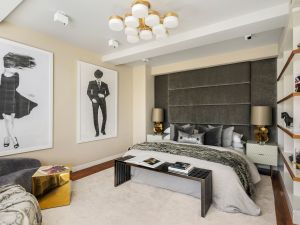 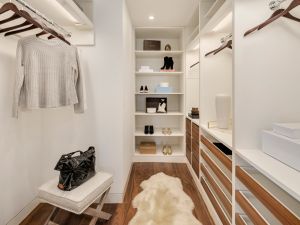 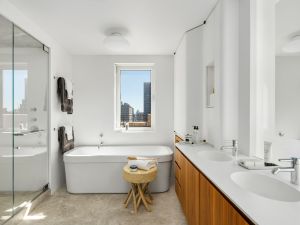 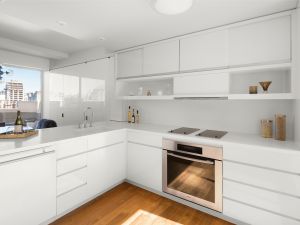 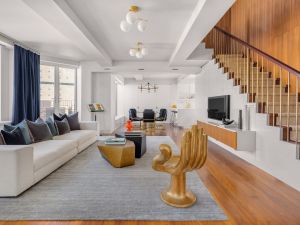 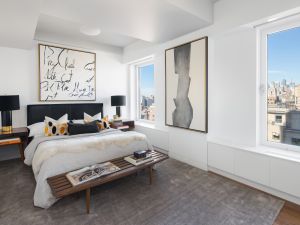 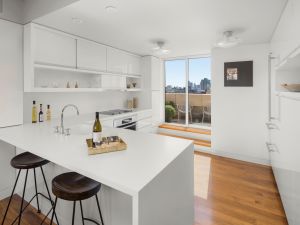 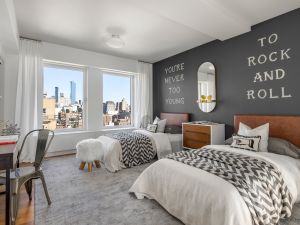 Keith Richards is doing whatever it takes to sell his Greenwich Village penthouse.

The Rolling Stones guitarist and his wife, Patti Hansen, haven’t owned the duplex at One Fifth Avenue all that long—they purchased the three-bedroom, four-bathroom co-op in February 2014 for $10.5 million.

By March 2016, however, Richards and Hansen were ready to part ways with the stylish home, and put it on the market for $12.23 million. Alas, even three terraces and views of Washington Square Park failed to entice a worthy buyer, and Richards and Hansen subsequently removed the home from the sales market last month. Not for long, though—the apartment has reemerged, albeit with some changes.

First and foremost, the penthouse is now discounted to just under $12 million, and there’s been a brokerage switch to Douglas Elliman. Finally, the unit is newly staged by Cheryl Eisen.

“The goal was to capitalize on the value of the Keith Richards’ brand, so we wanted to add a rock-and-roll, edgy vibe without crossing the line and alienating the broader audience,” Eisen told the Observer, noting Richards is “such a world-renowned superstar that we had to work that angle.”

The apartment was staged prior to Eisen stepping in, but “the most recent staging was inconsistent with what one would expect for Keith Richards’ home. It could’ve belonged to anyone,” she explained. “Our design infused bold color, pop art, and quirky accents into the space. For example, we used a purple mid-century sofa in the den, a bold hand chair in the living room, and even a Fender Telecaster standing in a corner.”

The home was extensively renovated back in 2011, before Richards bought the place, according to the listing shared by Douglas Elliman brokers Adam Widener, John Gomes and Fredrik Eklund.

The main level is composed of a living, dining and entertaining space, as well as a modern kitchen complete with a breakfast counter, eating nook and a walk-in pantry. The master suite is also on the lower level and is equipped with two walk-in closets, “outfitted to showcase fashionable garments.” There’s also a master bathroom with a glass-enclosed steam shower, soaking tub and double vanity sink. A leather-wrapped bronze handrail staircase leads upstairs, where the two additional bedroom suites are located, as well as another entertaining space.

While Richards hasn’t made any other big New York home purchases (at least, not yet), he’s owned a manor home outside of London since the ’60s, per Variety, in addition to a sprawling Connecticut compound. Then, of course there is his luxe oceanfront home on Parrot Cay in Turks and Caicos—perhaps when you own a two-acre Caribbean beach home, a duplex penthouse in Manhattan doesn’t stand up as well.