On Sunday, BuzzFeed published an interview with Star Trek: Discovery star Anthony Rapp in which he claimed a then-26-year-old Kevin Spacey made a sexual advance on him at a party when he was just 14-years-old. Rapp says that Spacey carried him to his bed and climbed on top of him before he managed to “squirm” away.

“I honestly do not remember the encounter, it would have been over 30 years ago,” Spacey responded on Twitter. “But if I did behave then as he describes, I owe him the sincerest apology for what would have been deeply inappropriate drunken behavior, and I am sorry for the feelings he describes having carried with him all these years,” Spacey said.

The actor also used the opportunity to officially confirm what many have expected for years, that he’s gay.

“I chose now to live as a gay man. I want to deal with this honestly and openly and that starts with examining my own behavior,” he said. The tactic has been heavily criticized by organizations such as GLAAD and others in Hollywood as a way to deflect attention away from Rapp’s allegations.

It has also been announced that Spacey’s popular Netflix series House of Cards will end its run after the upcoming sixth season arriving in 2018.

Amid this news, TheWrap has dug up a clip from a 2005 episode of Seth MacFarlane’s Family Guy that jokes about Spacey’s relationship with minors.

Earlier in October, a previous McFarlane joke also made the rounds again. This one came from his turn as Oscars host in 2013 when he took a shot at Harvey Weinstein, who has been embroiled in his own sexual harassment and assault scandal of late.

Rapp has credited Weinstein’s accusers, who have come forward in droves over the last few weeks, for giving him the courage to reveal his own story.

“The older I get, and the more I know, I feel very fortunate that something worse didn’t happen,” he told the outlet.

“Part of what allowed the Harvey situation to occur was that there was this writing and unwitting conspiracy of silence. The only way these things can continue is if there’s no attention being paid to it, if it’s getting forgotten.” 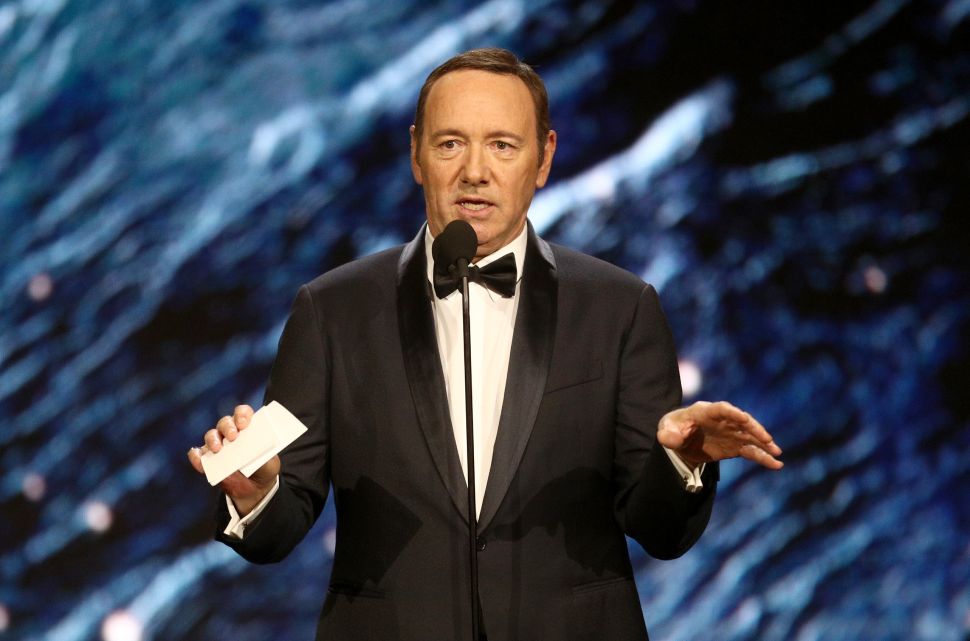