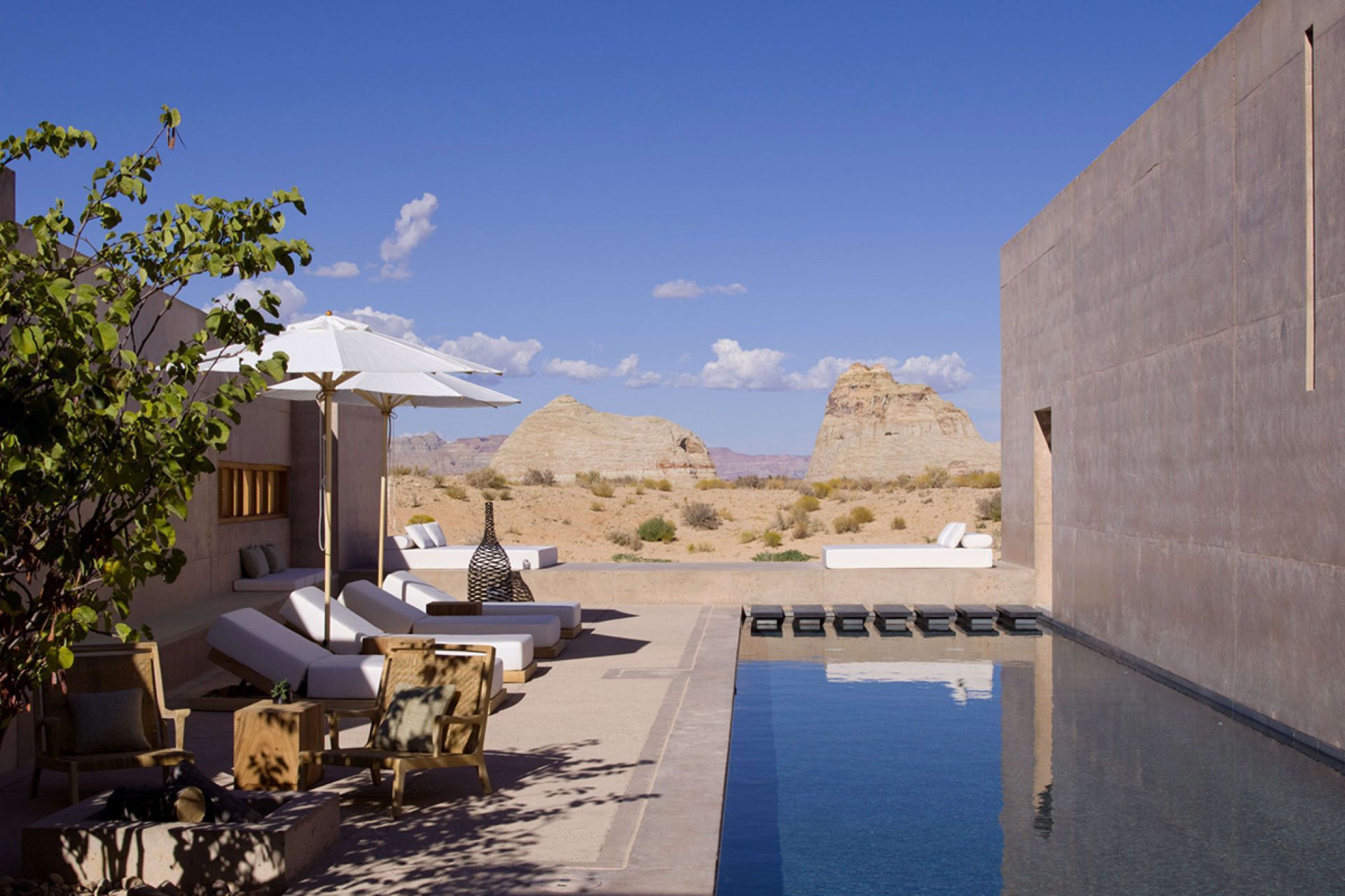 Kim Kardashian spent her birthday weekend at this lavish resort in Utah. Scroll through to take a peek at Amangiri.
Amangiri 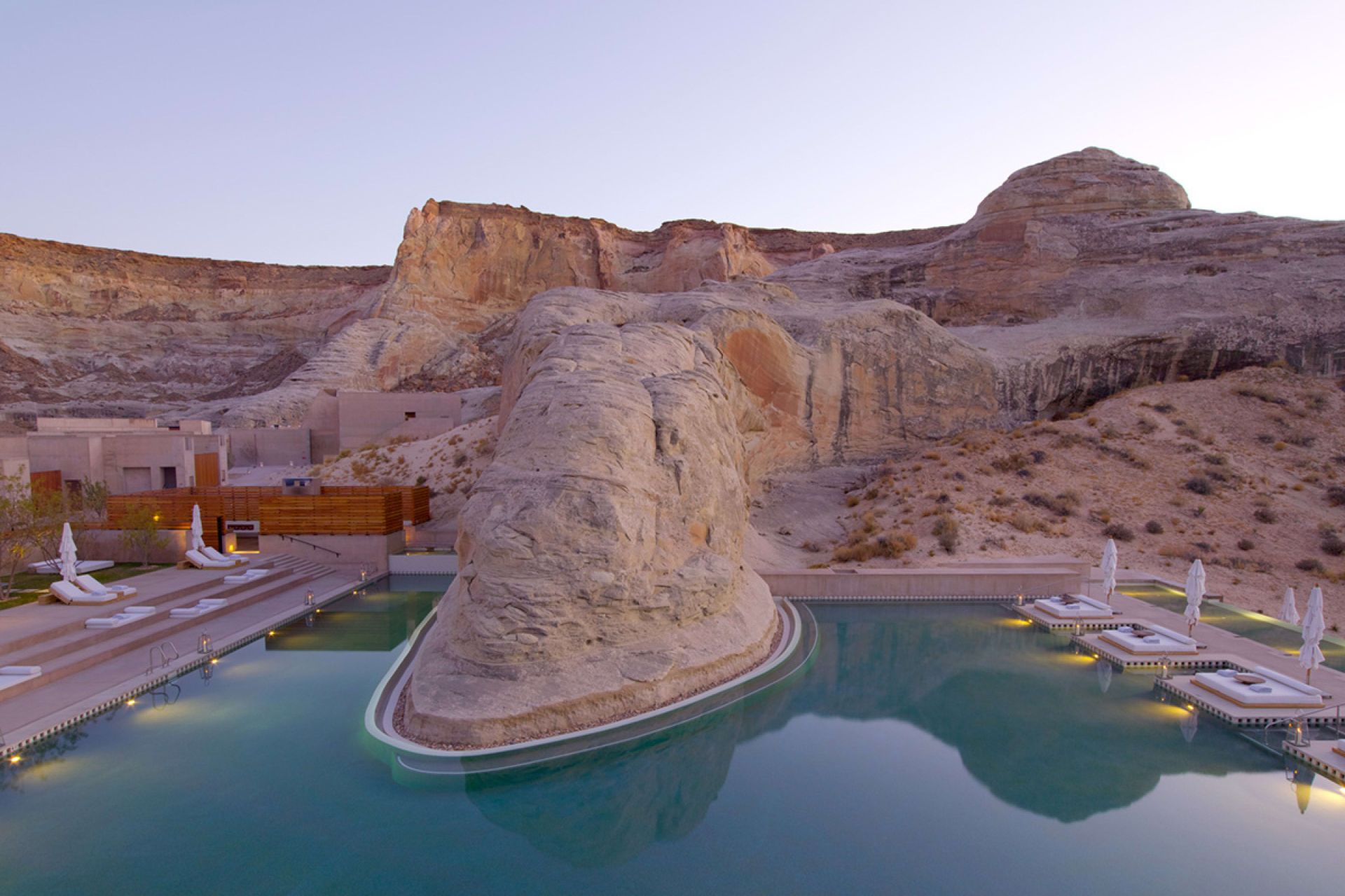 It's in Canyon Point, Utah.
Amangiri 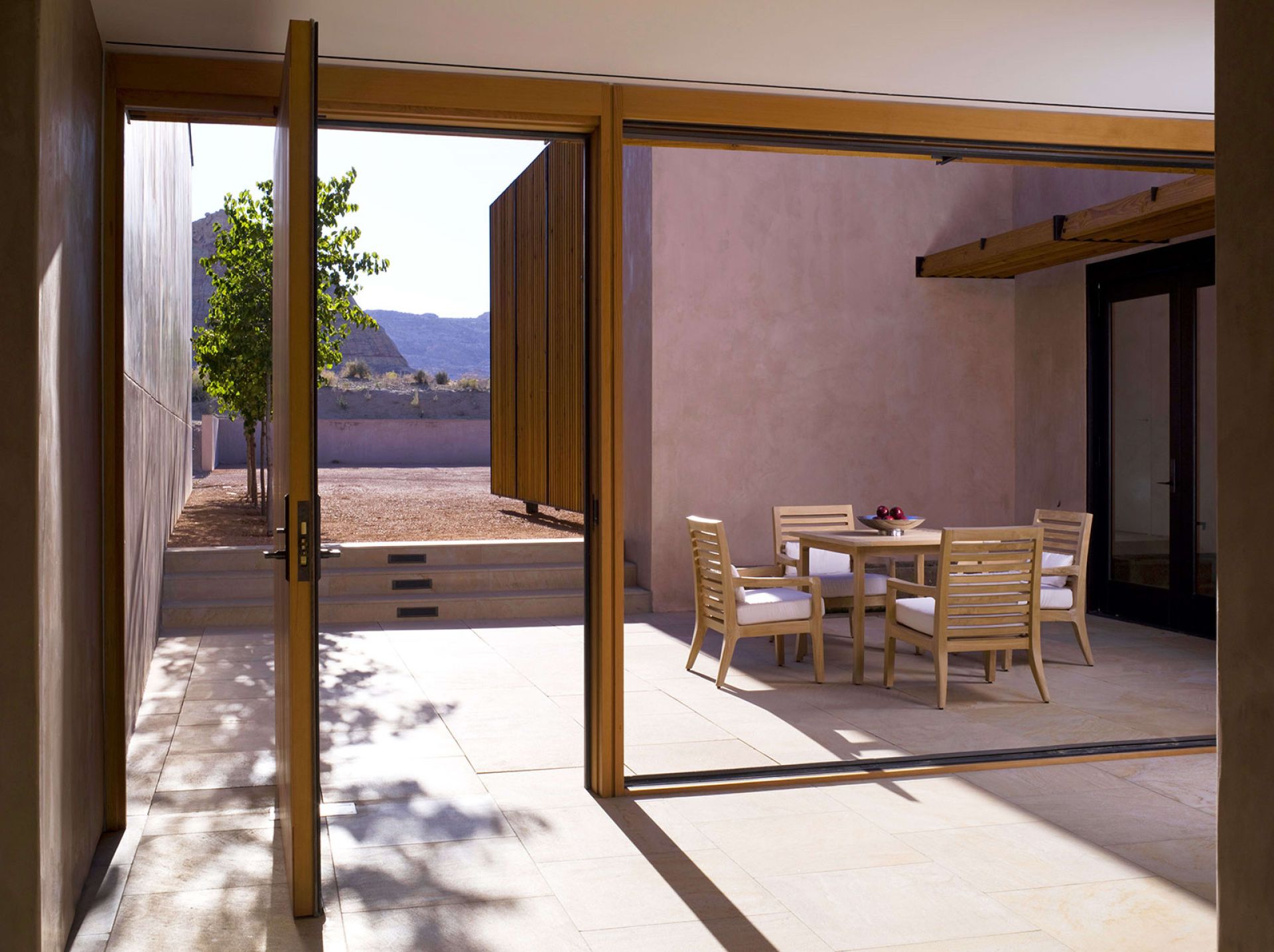 The couple left their kids at home this time.
Amangiri 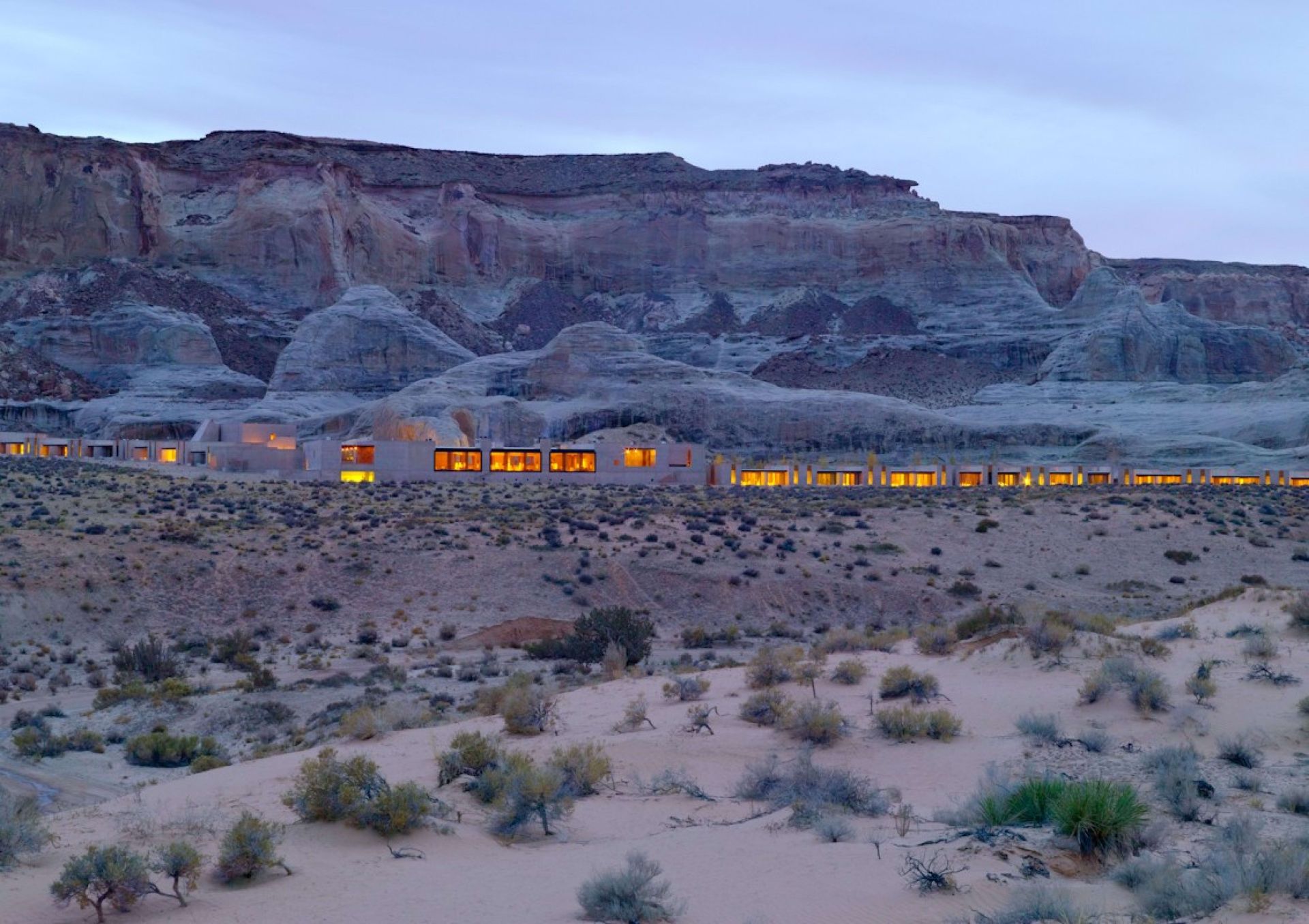 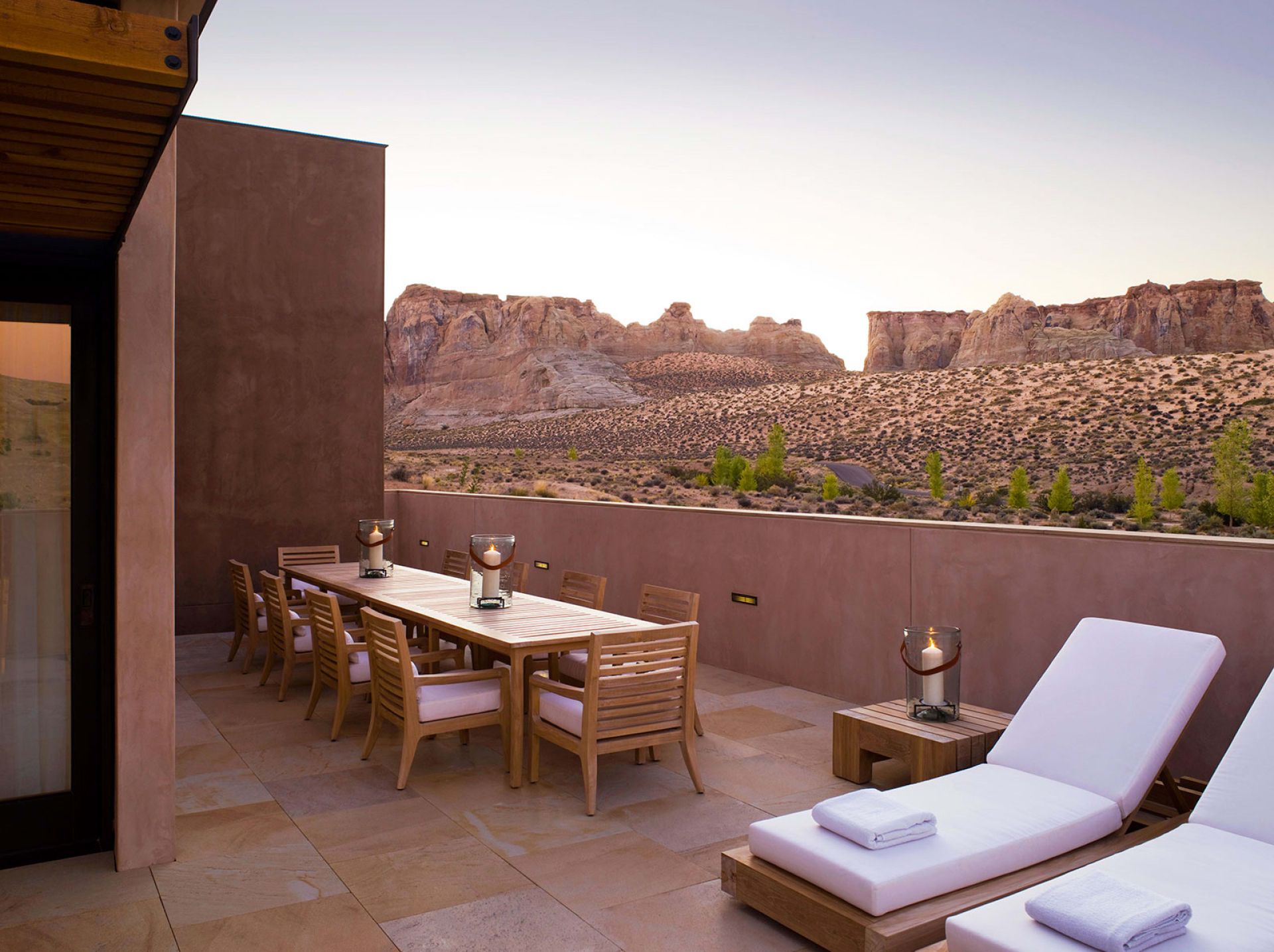 Kardashian shared a few photos to her Instagram Stories.
Amangiri 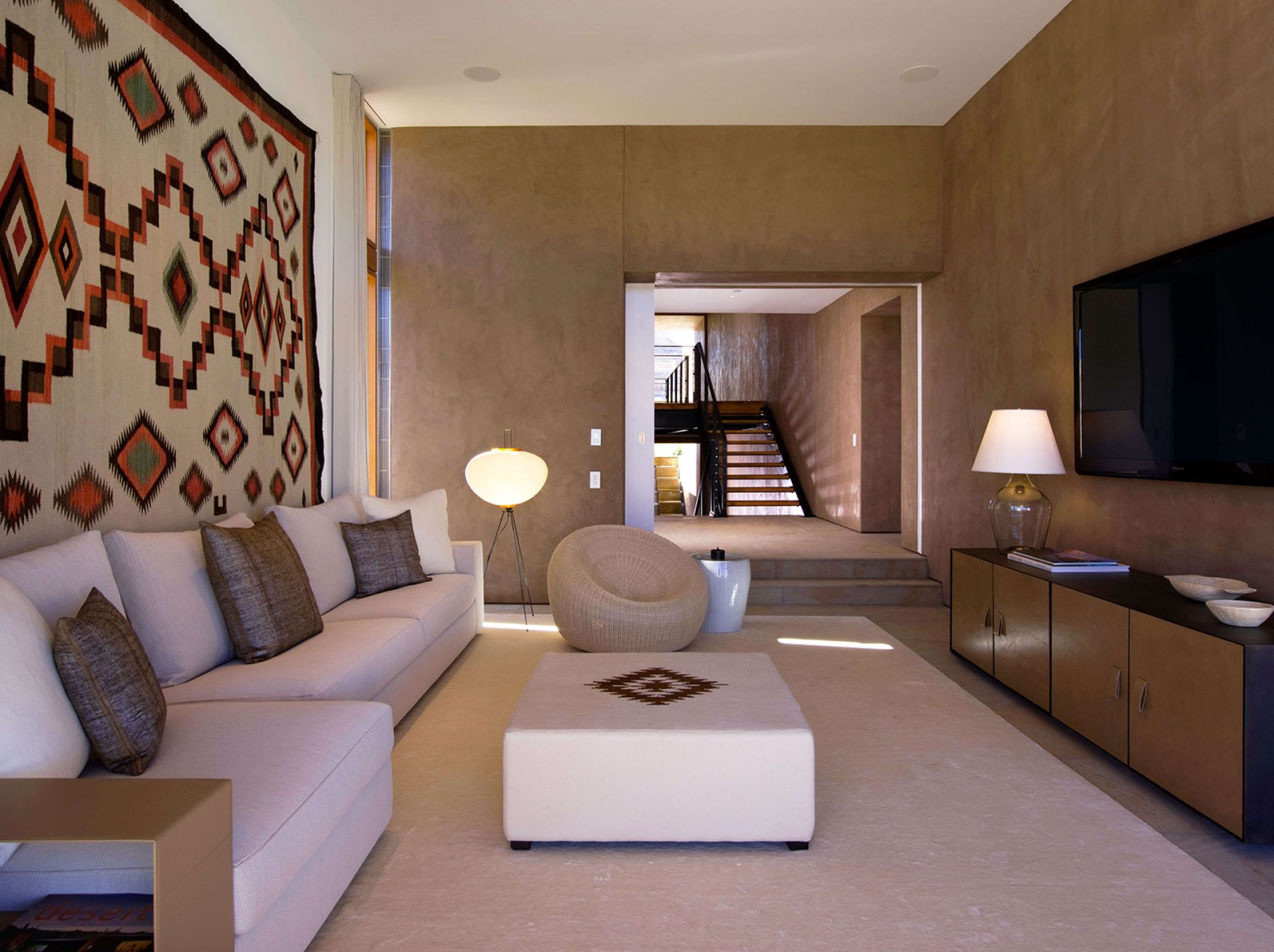 There are a total of 34 suites.
Amangiri 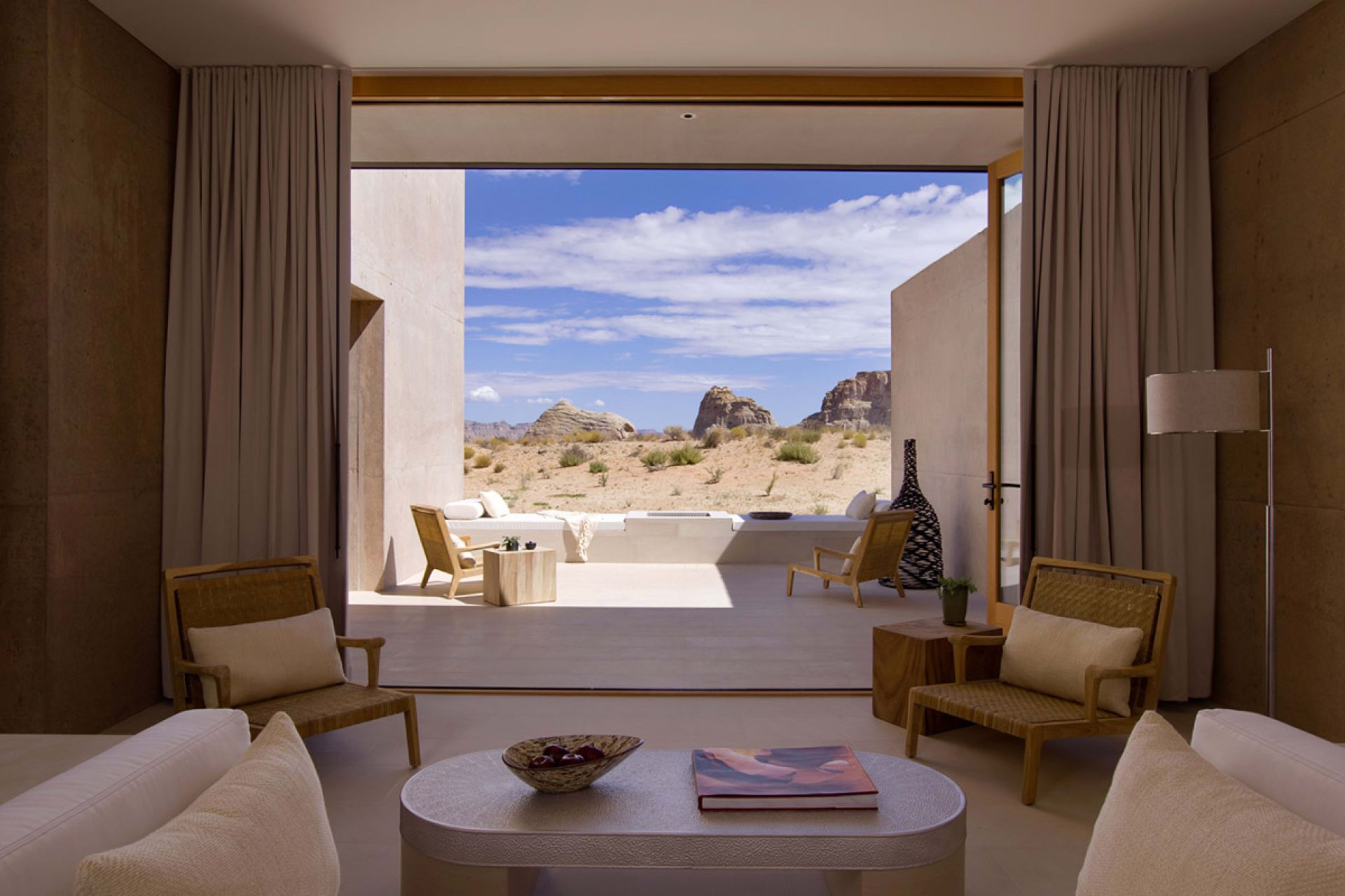 They all have private terraces and fireplaces.
Amangiri
Advertisement 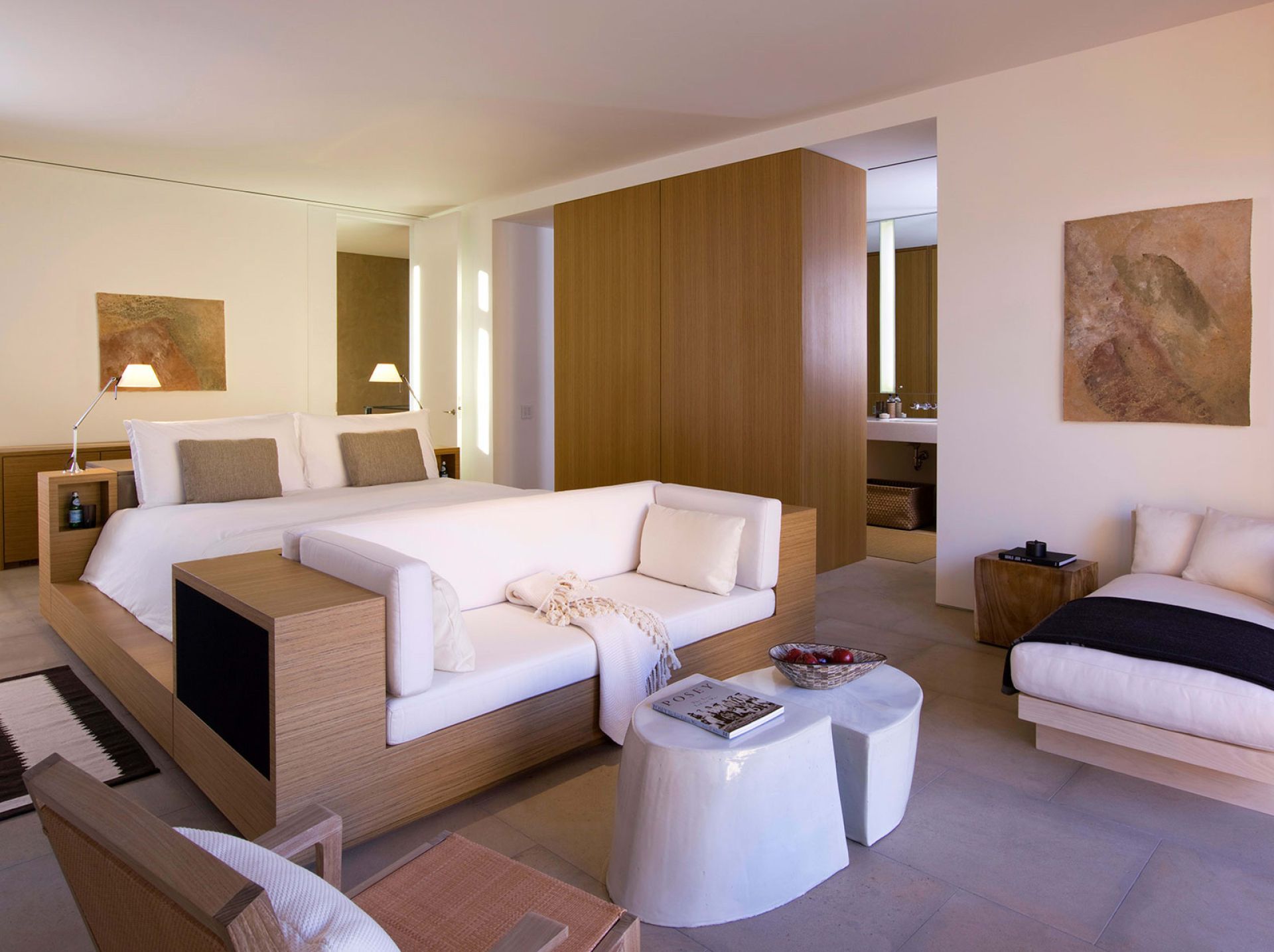 The suites have white stone floors and concrete walls.
Amangiri 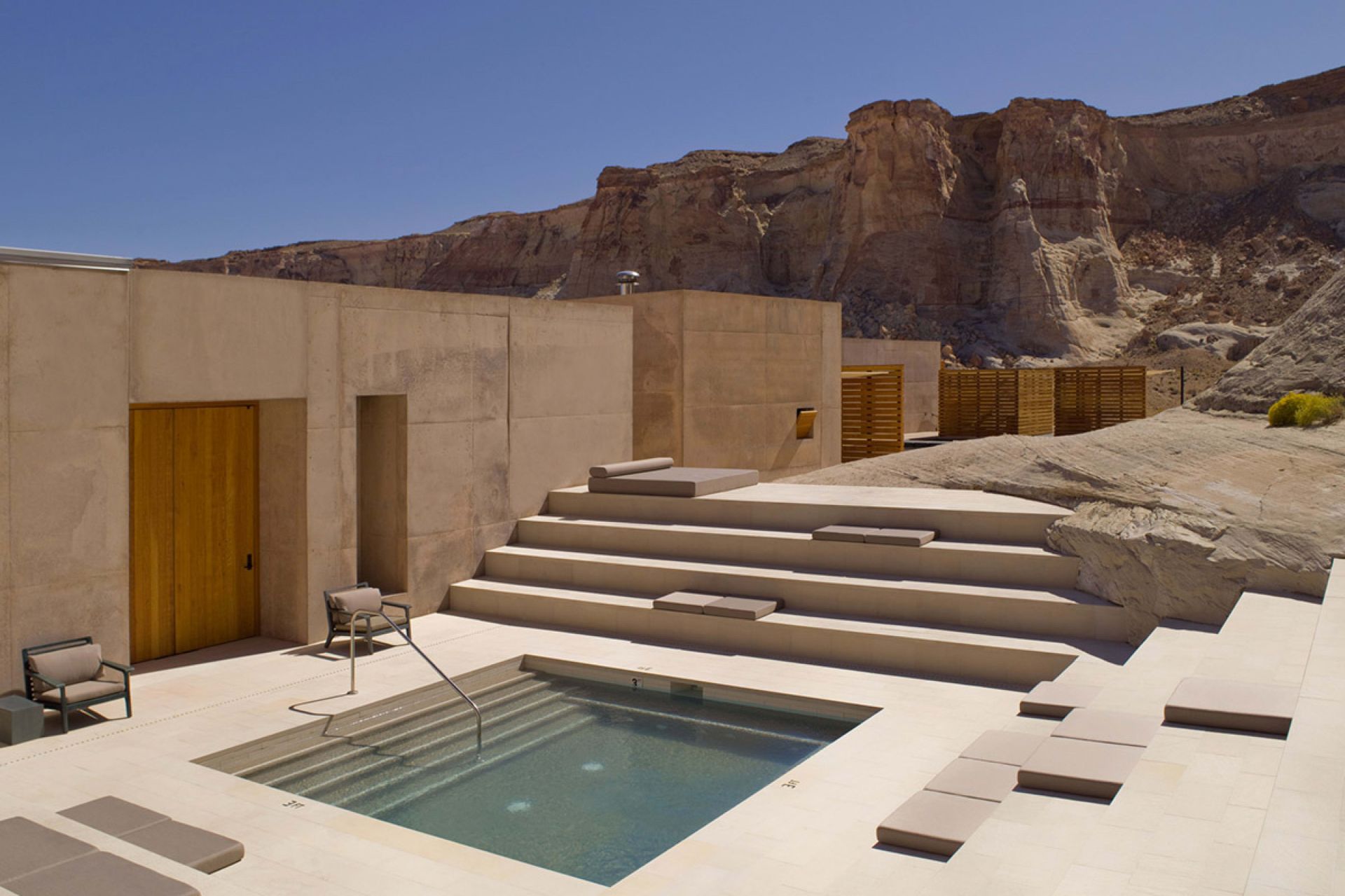 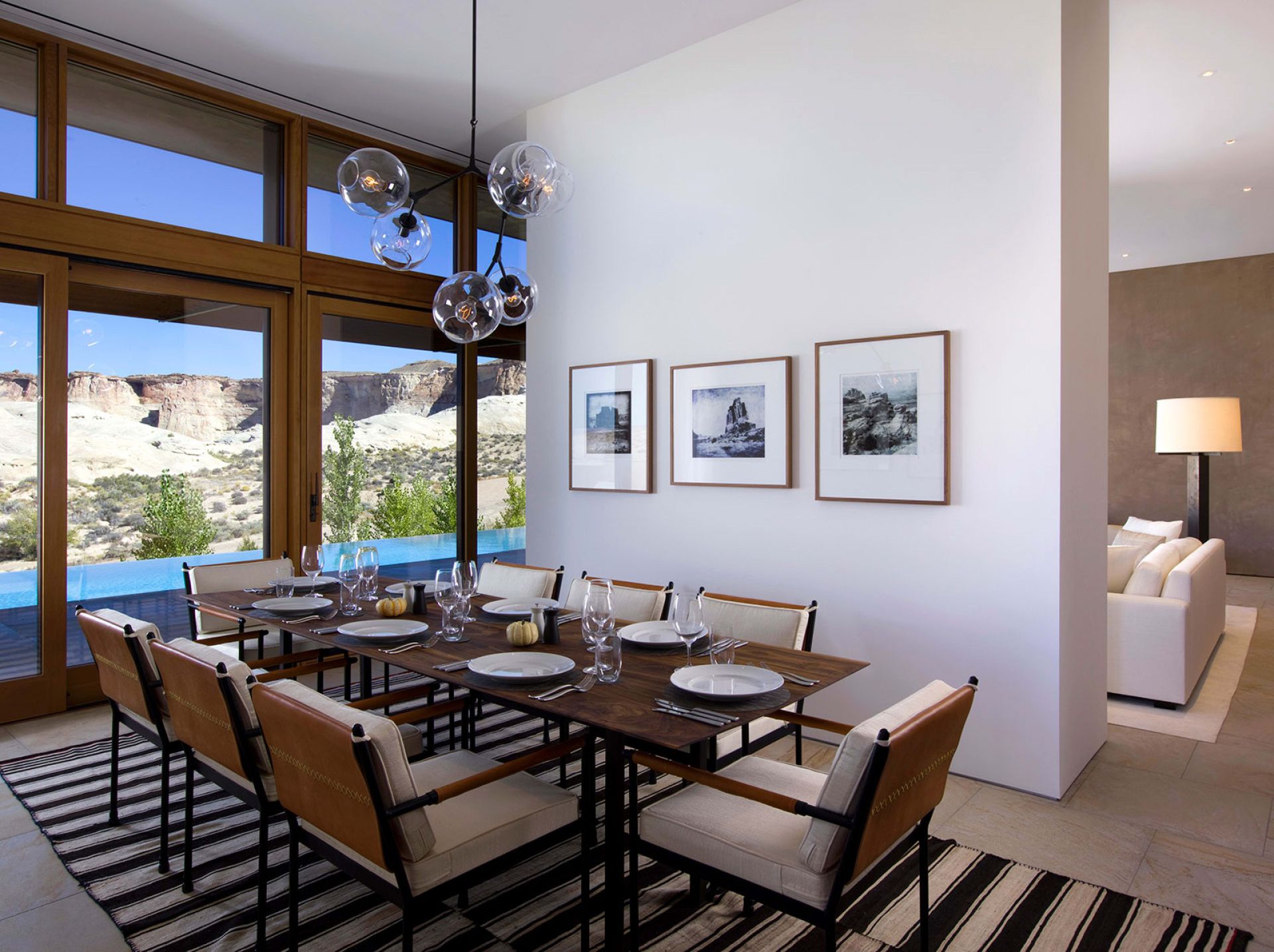 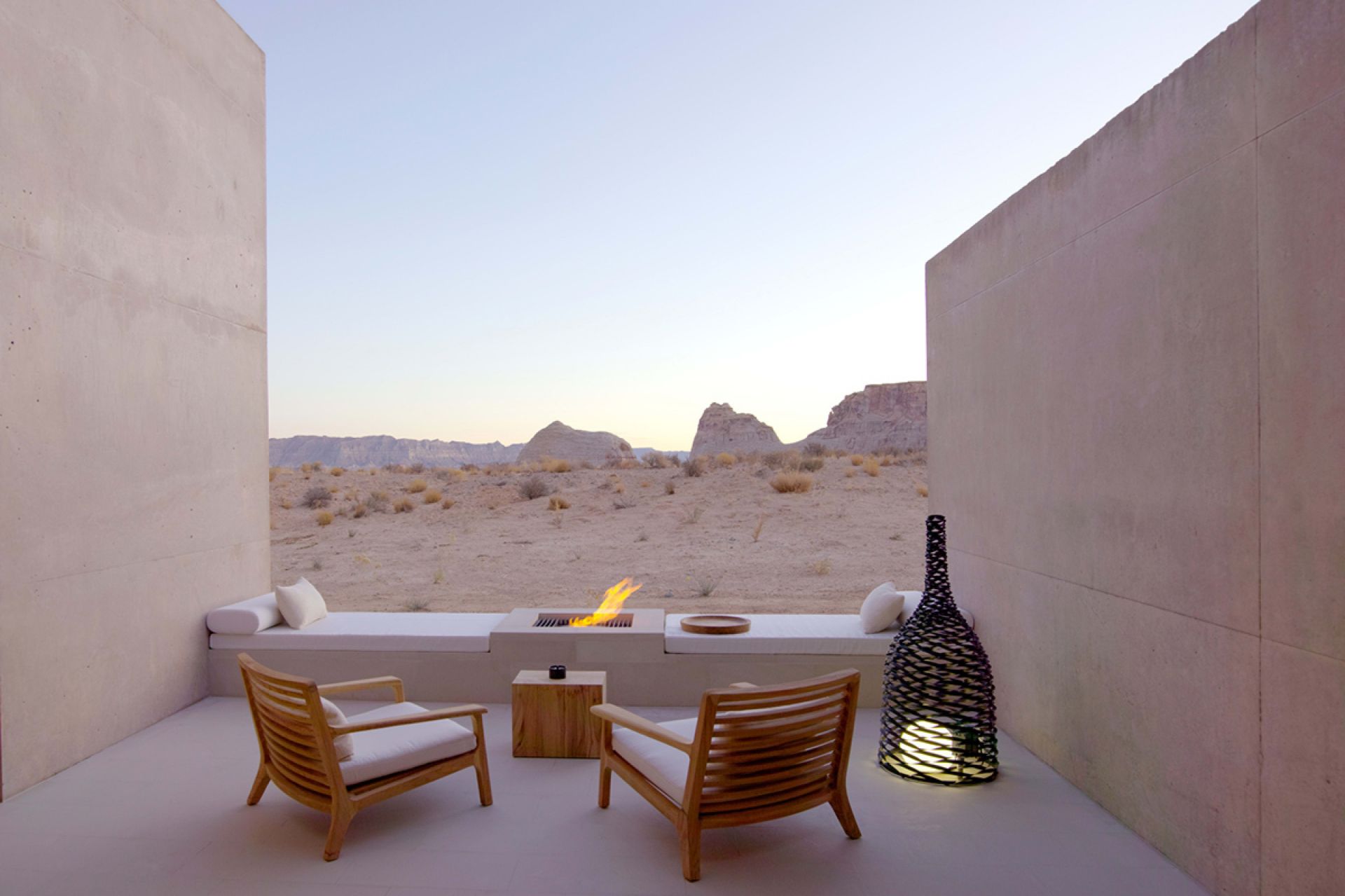 The desert views are amazing.
Amangiri 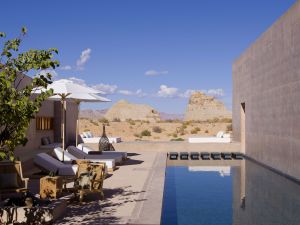 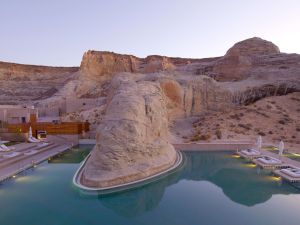 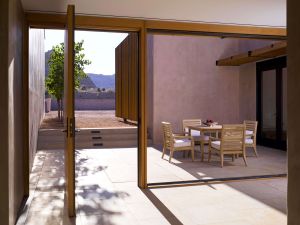 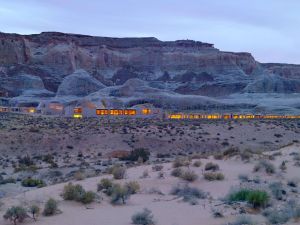 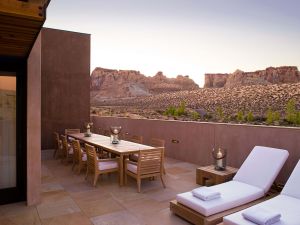 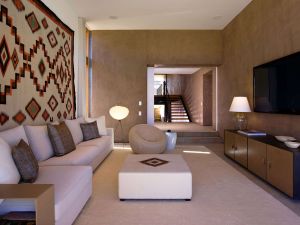 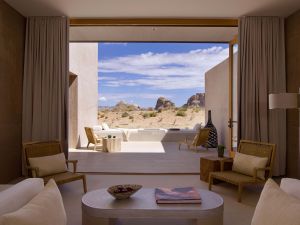 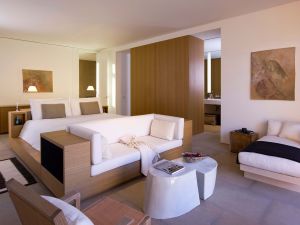 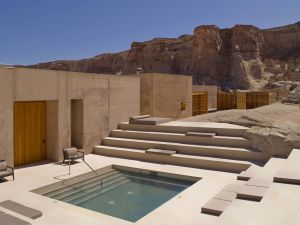 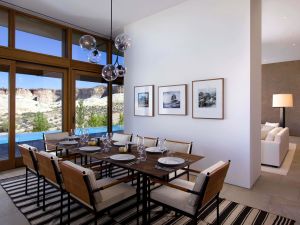 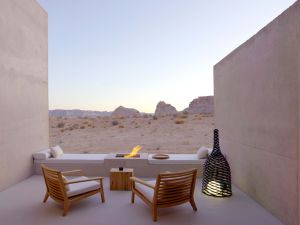 It was Kim Kardashian West‘s 37th birthday on October 21, so of course she lined up a few lavish celebrations for herself. For the most part, the reality star kept it calm this year, especially with her birthday trip to the lavish Amangiri resort in Utah, where she was accompanied by her husband, Kanye West.

The five-star resort is in Canyon Point, located near a handful of national parks, including the Grand Canyon, Bryce Canyon and Zion National Park. The secluded 600-acre destination allowed for provided much-desired privacy for the couple, and Kardashian West didn’t even share a real Instagram post—she did, of course, post on a few snaps on her Stories, including a bikini photo or two.

The Wests left their two children behind this time, opting for some quality couple time, as reported by People. The resort was the perfect place to relax before the Wests welcome their third child—they are expecting via a surrogate early next year.

Angelina Jolie and Brad Pitt stayed at Amangiri pre-separation, and some celebs couldn’t even manage to get a room—Diane Kruger once said it was the most stunning hotel, but she had tried and failed to get a reservation on three different occasions.

There are a total of 34 suites, separated into two separate wings. It’s not clear which specific room the Wests stayed in, but it seems safe to say they went for one of the best—perhaps the Amangiri Suite, which has its own private lap pool complete with floating steps, a sun deck, outdoor dining areas and a sky terrace. Or, perhaps they opted for the four-bedroom Mesa Home, which “provides consummate privacy,” per the site, as it is hidden behind from everything else at the resort behind a “rock escarpment.”

Every room at the resort is equipped with white stone floors, concrete walls and outdoor lounge areas with a fireplace; the bathrooms feature twin rain showers and a soaking tub.

Designed to complement its surroundings, #Amangiri’s geometric planes are hued with ochre, yellow and pink to blend with the cliff curve it sits within, providing a spacious yet intimate setting from which to experience this starkly beautiful region year around #AmanDesign #Utah

We can’t imagine they bypassed a trip to the 25,000-square-foot spa, which incorporates the four elements of earth, wind, fire and —there are spa pavilions, treatment rooms and terraces. The Wests had the opportunity to indulge in massages, scrubs, wraps or even flotation therapy.

Of course, it wasn’t the only way Kardashian West celebrated her big day—she also celebrated with North and Saint at Disneyland, along with her sister, Kourtney, and she had a dinner party in Los Angeles, where Kendall Jenner, Kris Jenner and most of the extended Kardashian family came to celebrate.