We all wish we could be rich and famous Hollywood stars, but we rarely consider the downside of such a lifestyle. Yes, it would be amazing to be one of the headliners on HBO’s insanely popular flagship series Game of Thrones. But it wouldn’t be so much fun to deal with the fallout of such international fame. Just ask Kit Harington, who has expressed his polite excitement at the thought of Game of Thrones coming to a close soon and who isn’t the biggest fan of the celebrity attention.

The Jon Snow actor recently opened up about the craziness of his life in an interview with The Guardian, where his mild frustration felt appropriate.

“Thronesmania is, he acknowledges, ‘bizarre and weird’. ‘Like, being in Spain and there being a crowd of 500, maybe 600 fans camped outside the hotel every day, and you have to get through them. It feels like being Bieber or something.’ When Snow became the brooding heart-throb of the Thrones world, Harington became a kind of boyband pin-up, too. ‘Yeah,’ he sighs. ‘I don’t particularly enjoy that.’ He catches himself. He speaks of his ‘privilege’ often and is acutely conscious of anything that sounds like he’s whining. ‘I don’t know. Do I? I’m glad I’ve experienced it, but that’s what I mean about it being eight years, then it’s done. You couldn’t go on for much longer. It’s a bit incessant.’

This isn’t an out of the blue statement from Harington, who has noted how difficult the grueling and time-consuming shoots for Thrones are before. Last week, he told Digital Spy:

“Thrones is coming to the end at the right time for me, and everyone involved in it. I was exchanging emails with David [Benioff] Dan [Weiss] last night and we were all getting very soppy and emotional with each other. It will be liberating, just the thought of having a whole year free! You shoot for six months, but half of the projects you might want to do will have started shooting before that six months is over. There’s a lot of things you can’t do. I’m looking forward to finishing, and eight years is the right amount of time. I wouldn’t want it to go on any longer than it has. I have other ideas I’d like to look at producing.”

Spending months on end in the freezing cold mud filming exhausting battle sequences would leave us a tad jaded as well. Being unable to roam free in public for fear of being mobbed by overly-zealous fans would be a downright nightmare. After eight years of hard work, Harington has earned himself a little break from the spotlight. 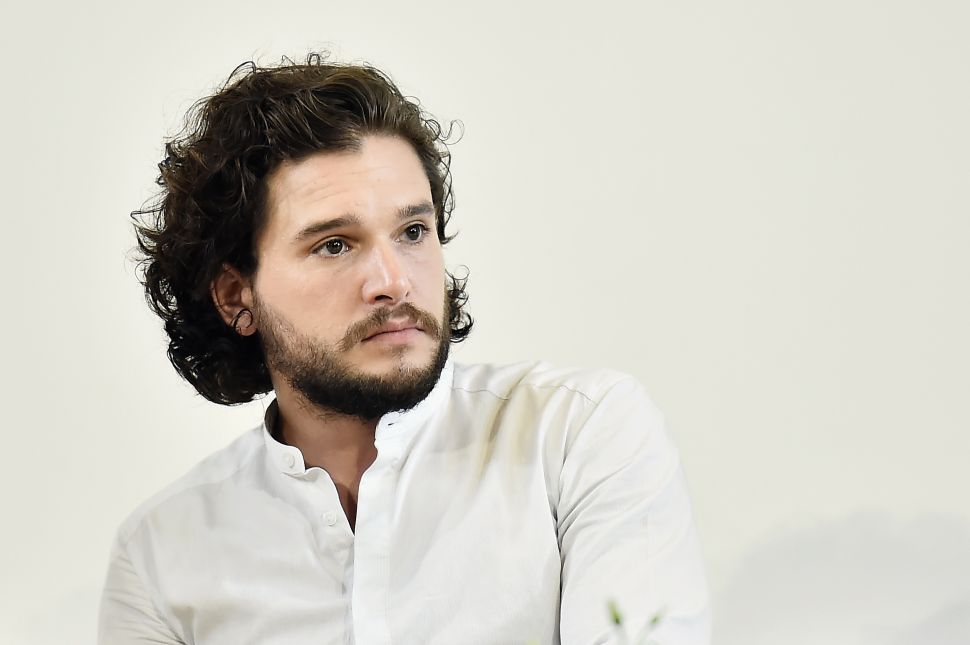