Sunday night’s appalling atrocity in Las Vegas, where an apparently lone gunman holed up in the Mandalay Bay hotel shot more than 500 people, killing 59 of them at present count, has taken over the airwaves and social media. Rightly so, since this is the deadliest mass shooting in modern American history.

Questions abound regarding Stephen Paddock, the shooter, who’s dead (reportedly by his own hand) and therefore unavailable to explain what motivated him to commit such an awful crime. It’s a rare thing for an affluent older white man—he was 64 and devoted to gambling in his retirement from accountancy—without a criminal record to assemble a vast arsenal and unleash it on hundreds of people he had never met.

It may be some time before a motive can be detected in this strange and sinister case. The claim of the Islamic State that Paddock was their “soldier” has been dismissed by U.S. intelligence as a desperate fantasy by the ailing terror group eager to cash in on the Las Vegas horror. We may never know exactly what propelled Paddock into this horrific act.

In the absence of reliable information, the usual charlatans have jumped into the fray, offering fact-free speculation. Per sordid custom, this ghoulish gang is led by Alex Jones, the InfoWars doyen, who proffered his customary insta-explanation for the crime: False Flag!

In other words, nothing in Las Vegas is as it seems. Jones offered a tale that was convoluted even for him: Paddock was merely a front for the “Deep State” in Washington, the Islamic State, and “the literal grandchildren of the folks that financed the Bolshevik Revolution out of New York and London” (translation: Jews).

This is his shtick; Jones falls back on False Flags to explain nearly everything. He became notorious for employing it after the 2012 school horror in Sandy Hook, Connecticut, which left 20 little kids murdered. Egged on by his insistence that the entire incident was a hoax, Jones’ demented fans have tortured grieving parents for years.

This vile spectacle has pushed the False Flag idea beyond the pale, which is unfortunate because they really do exist among spies and terrorists. Recruiting agents and conducting espionage operations while pretending to be somebody else happens every day in the real world. Terrorists, too, have been known to kill while masquerading as another party for political effect.

Polite people don’t like to talk about this, of course, and their politesse has infected our discourse about such important matters—to its detriment. Now, thanks to Alex Jones, to mention False Flags in any way is to self-brand as a lunatic.

To take a recent case, a couple months back Sebastian Gorka, the notorious (and since-defenestrated) White House adviser, postulated that a bomb attack on a mosque in Minnesota may have been fake, a False Flag by people on the Left to smear the Right, to which Gorka belongs. This was a fact-free assertion that was rightly dismissed.

However, Gorka’s legion of critics wasn’t content to stop there. Some insisted on discrediting the entire concept. On Twitter, Nada Bakos, a former CIA analyst, attacked Gorka directly: “So we need to talk, counterterrorism experts don’t use ‘false flag’ as a term.” Bakos is correct about the world she comes from: Among CIA analysts, who usually follow mainstream opinion, talking about False Flags will get you exiled to a less fashionable table in the Langley cafeteria.

However, it’s important when a terrorism expert says False Flags do not exist, because they plainly do. In recent years, I’ve exposed several such cases, including how East German intelligence was behind a notorious “right-wing” assassination in Cold War Berlin, how Yugoslav intelligence masterminded a False Flag bombing in New York in 1975, how a still-unidentified third party was really behind the destruction of a Swiss airliner in 1970, and most notoriously, how the Algerian military regime in the 1990s bloodily defeated jihadists with a massive deception operation employing numerous False Flags.

So, they exist. Moreover, they pop up at inconvenient times, complicating narratives—so much so that most journalists and “experts” prefer to avert eyes. Let’s take a classic case that’s been undeservedly forgotten. The new Tom Cruise movie American Made, which is based on pilot turned drug-runner Barry Seal, may rejuvenate interest in this murky story. After he was nabbed by the Feds, Seal became an informant for the Drug Enforcement Administration; however, after refusing to enter the witness protection program, he was murdered in 1986 by Colombia’s Medellín Cartel before he could testify against them in court.

With Seal safely dead, he became central to a left-wing conspiracy theory positing that the CIA was smuggling drugs into the United States under the guise of fighting Communism. This myth—which was bolstered by disinformation—has never died, notwithstanding that it’s been debunked by mainstream journalists as well as by several Washington agencies, the CIA included.

The centerpiece in this myth was a terrible crime that occurred on May 30, 1984, at a Nicaraguan guerrilla outpost called La Penca, on the border with Costa Rica. At the time, the area was a hotbed of activity in the struggle being waged between Nicaragua’s Sandinista dictatorship, which was allied with the Cubans and Soviets, and the Contras, a resistance movement that was secretly backed by the CIA and the Pentagon. This was a Cold War battlefield in the jungles of Central America.

That day, the charismatic rebel leader Edén Pastora was slated to hold a press conference at La Penca, attracting a platoon of journalists. Pastora, a former Sandinista, was the most polished of the Contras, as well as the most politically interesting. However, his media event was blown apart by a bomb that inflicted 22 casualties, Pastora included, who suffered serious wounds. The victims, mostly journalists, came from seven countries.

Seven succumbed to their injuries, including Linda Frazier, an American journalist whose legs were blown off by the bomb, which was hidden in a camera case. The La Penca bombing became an instant cause célèbre for many on the Left, who assumed the atrocity was the handiwork of the CIA. The investigation was led by a witness to the crime, Tony Avirgan, an American journalist who was wounded by the bomb. With the help of his wife, Martha Honey, plus financial backing from mainstream media outlets, Avirgan investigated the crime and discovered who the culprit was.

It didn’t take long to identify a suspect, a Danish photographer named Per Anker Hansen, who was at La Penca the day of the bombing, jealously keeping watch over his camera case—which contained the bomb. “Hansen” walked out of the jungle hut just before the bomb detonated, then disappeared.

Avirgan and Honey noted in the extensive report they compiled that “Hansen” didn’t speak Danish very well, and they uncovered that his passport was purloined. They alleged that “Hansen” was in reality a “right-wing Libyan” named Amac Galil who was hired by Pinochet’s Chile to work for the CIA—and kill Edén Pastora. This complex CIA assassination scheme, engineered with the assistance of other U.S. agencies including the State Department, was also a False Flag: “a right-wing plot which was intended to be blamed on the Sandinistas.”

Not content to stop there, Avirgan and Honey allied with the Christic Institute, a left-wing Washington law firm. Together, they unmasked the “secret team” that stood behind the La Penca bombing and countless other nefarious CIA activities in Central America. In 1986, the Christic Institute filed suit on behalf of Avirgan and Honey against 30 alleged players in the “secret team,” a mix of CIA and Pentagon officials plus some Contras and their supporters. They sought $24 million in damages for the bombing.

However, there simply wasn’t any evidence for Avirgan and Honey’s assertions, and the case was ignominiously thrown out of federal court in 1988 with the Christic Institute ordered to pay the defendants over $1 million in attorney fees and court costs. The case was deemed utterly frivolous, and in a rare move the IRS stripped the Christic Institute of its non-profit tax status. The firm folded soon after.

By then, the truth of the La Penca bombing was starting to emerge. In 1993, “Hansen” was identified as a leftist terrorist from Argentina named Roberto Vidal Gaguine who worked for Sandinista intelligence in the 1980s. He was already dead, killed in 1989 in his native country in an attack on an army barracks.

Pieces of the puzzle continued to fall into place, until in 2009 Peter Torbiörnsson, a Swedish journalist who was at La Penca and injured by the bomb, admitted that he had known all along who “Hansen” really was. He had no idea he was a terrorist, Torbiörnsson insisted, but he was aware that Gaguine was a Sandinista spy. In fact, the Swedish leftist admitted that he had helped “Hansen” gain access to La Penca, at the request of a top Sandinista official.

The bombing was the handiwork of senior Sandinistas, including Tomás Borge and Lenín Cerna, the regime’s top security officials, Torbiörnsson explained, based on what he personally witnessed. Wracked by guilt over his quarter-century of silence about the truth of the crime, Torbiörnsson made a documentary exposing the unpleasant reality of what happened at La Penca.

Therefore, it was a False Flag terrorist attack—yet the exact opposite of what left-wing activists claimed. Thirty-three years ago, at La Penca, the Sandinistas blew up 22 people, killing seven, to blame it on the Americans and the CIA—not the other way around. Given that Sandinista intelligence was trained by the KGB in provocation and deception, this does not surprise the initiated. 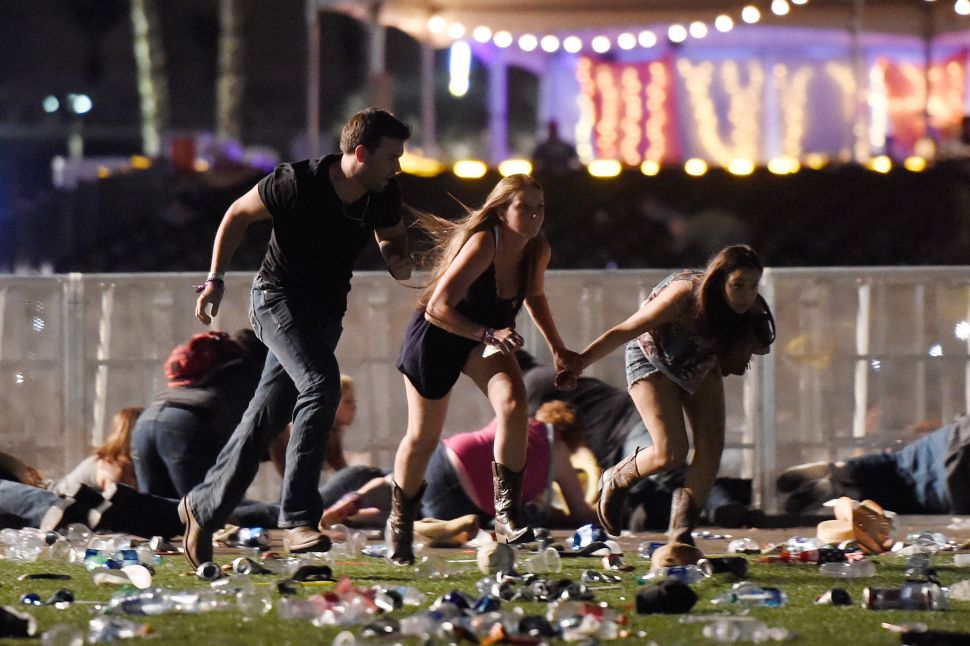