“I wish I could live through something,” Saoirse Ronan’s titular protagonist says early on in the fantastic and astonishingly relatable Lady Bird. It’s a sentiment shared by many teenagers as their emotions are amplified to the max. It’s a desire once felt deeply by Lady Bird writer and director Greta Gerwig, whose own coming-of-age tale served as the loose inspiration for the film. But in the real world, it’s safe to say that both leading ladies are living through something quite significant.

The multi-talented Gerwig is reinventing herself as a filmmaker, with Lady Bird marking her excellent solo directorial debut (she co-directed 2008’s Nights and Weekends). She’s also a beloved indie actress known best by film critics and hardcore movie fans, as her mainstream studio work has been few and far between. Ronan is a 23-year-old star with two Academy Award nominations to her name already. As far as life experience goes, both definitely fall into the “something” category.

But while watching Lady Bird deftly emphasize the roles we play for others as we try to please the crowd, it’s hard not to think about the roles females in Hollywood are forced into and how these two aren’t quite playing along.

Gerwig has never been a movie star in the traditional sense; she’s a working actress who needs to pay the bills just like you and I. So while she had built up a devoted following of film nerds since her 2006 debut, none of that goodwill was enough to stop fans from turning on her. In 2014, she was labeled a “sell out” because she had accepted the lead role in CBS’ How I Met Your Mother spinoff (which never ended up being ordered to series anyway). The narrative of an indie darling debasing herself for a sitcom became a popular talking point all because a great career opportunity presented itself. It’s funny, I don’t remember hearing any complaints about Jack O’Connell’s crossover from indie to mainstream.

Ronan, meanwhile, should be in contention for another Oscar this season thanks to her genuine performance (as should co-star Laurie Metcalf, who is fantastic) and while her previous nominations were all well-deserved, they represent a curious trend. This year, Emma Stone (28-years-old) took home the Best Lead Actress Oscar opposite Best Actor winner Casey Affleck (41). In 2016, Brie Larson (then 26) and Alicia Vikander (27) were awarded acting statues alongside Leonardo DiCaprio (41) and Mark Rylance (56). In fact, three of the five Best Actress nominees for 2016’s awards were in their 20s. According to the Washington Post, the average age for winners in the four major acting categories are: Best Actor (44), Best Actress (36), Best Supporting Actor (50), Best Supporting Actress (40). Basically, female performers have an expiration date as awards contenders.

It’s no secret that the balance of power and the quality of treatment in Hollywood is tilted seesaw-style in favor of males (just look at the difference in paychecks). It’s not fair, but it exists. And while the status quo is beginning to changer ever so slowly, it’s going to be a long time until a lead actress can fail upwards like some straight white males. But Lady Bird at least represents a strategy for any creative looking to stay put in the industry.

Ava DuVernay will be the first black woman to direct a film with a budget of at least $100 million (Disney’s A Wrinkle in Time). Patty Jenkins had to wait 14 years to direct another feature after her Oscar-nominated debut (Monster) and will now become the highest-paid female director ever with Wonder Woman 2. These are both high-profile examples, but they speak to the general lack of opportunity for women behind the camera. One way to get around that, at least initially, is to tell your own stories just like Gerwig has done (and to have a great studio like A24 back you up).

“None of the events in the film literally happened, but there is a core of truth that is connected to a feeling of home and childhood and departure,” she said in production notes provided to the press by A24 about Lady Bird‘s resemblance to her own life. This is very much Gerwig’s love/hate letter to her own hometown. It all comes directly from her and adds a new dimension to her career arc. Fans are excited about what she’ll do next as a storyteller and critics are calling for her to get a shot at a well-funded studio film. Those “sell out” complaints are firmly in the rear-view mirror.

The same holds true for Ronan, just in a different way. Though she may be young, the Irish actress has already proven to have a keen eye for quality projects and versatile characters. Lady Bird is struggling to establish her own personhood in response to her family and life experiences, which is different than Brooklyn‘s Eilis being torn between an old life and the new, which is different from Briony Tallis’ struggle in Atonement. Choosing interesting roles (which aren’t always readily available for young actresses) may seem like an obvious strategy, but how often do you see a performer get caught in the rom-com typecast trap for years on end? How much emptier would our lives be if Allison Janney never got to break out of the quirky friend role? Ronan has made it a point to play a diverse array of women who don’t resemble one another at all. She’s a chameleonic performer who can fit into any narrative, genre or project. She is someone who should theoretically, still be an Oscars contender long after she’s exited that age range of winners.

All of this is a long-winded way of saying that Lady Bird works as a movie (oh, how it works) and as a blueprint for female creatives looking to excel within an outdated system. Hopefully, the time is coming when women don’t have to just be one thing in entertainment, be it an indie actress or the proverbial female love interest. Because as Gerwig and Ronan and many others have shown, there’s so much more there to be had. 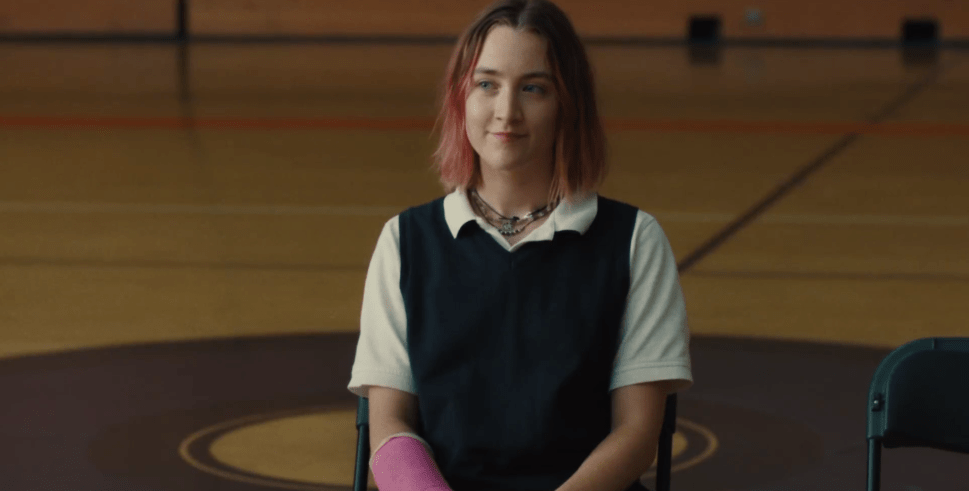