Former British Prime Minister Harold Wilson once said, “A week is a long time in politics.” But perhaps this week will be the longest of all in the UK, as it is host to the annual Conservative Party Conference, which is a depressing place inhabited by the diehards and the voyeuristic.

Last week’s Labour Party Conference was upbeat and energetic, but the Conservatives seem very sad. In 2017, the party may have lost its majority in the House of Commons, but Theresa May remains prime minister. However, she’s now a lame duck who cannot take the party forward in any meaningful sense.

May has always been a manager. Her big ideas came from Nick Timothy, the chief of staff blamed for and sacked after the election. Unfortunately, her managerial ability is naturally undermined by the fact that her government is dogged with discussions about who will replace her.

So just as Labour is talking about abolishing tuition fees and nationalizing the public utilities, the Conservatives have put forward a thin soup of policies. With all the will in the world, no one could possibly get excited by a plastic bottle recycling scheme or a plan to give a few extra young people help onto the property ladder.

It’s reminiscent of the 1992 Conference, when then-Prime Minister John Major was talking about the cones hotline rather than the big issues of the day.

And so it falls to Boris Johnson to set hearts racing, something which he relishes.

Johnson is clearly trying to get the country excited about how Brexit is an opportunity to reassert Britain’s place in the world. But every time he shouts out his message, he is shut up by an increasingly paranoid 10 Downing Street.

Ironically, Corbyn was always hostile to the EU, but his party is not as Euro-sceptic as the Conservatives. Yet it is Labour who is talking about ways Brexit can be used to change Britain for working people.

Labour’s foreign policy is a bit of a mess, but its plan for lavish spending and borrowing could never happen under rule from Brussels. And so it follows that Labour is the party capitalizing on Brexit.

People vote for a vision. Jeremy Corbyn has one, and Theresa May doesn’t. Instead of being excited by the challenge of a whole new world, May’s chief challenge is hanging on.

This baggage is weighing the Conservatives down. But it could easily be shed by having a leadership election now.

However, Conservative MPs are frightened of instability at a time when the party is behind in the polls. But John Major was killed by talk of leadership challenges, and it was a death by a thousand cuts. These MPs might lose if a leadership election leads to an early election, but this is small risk compared to allowing the status quo to continue.

Every article, news report and bad by-election result brings the Conservatives closer to disaster at the next general election in 2022.

Time for a new prime minister. 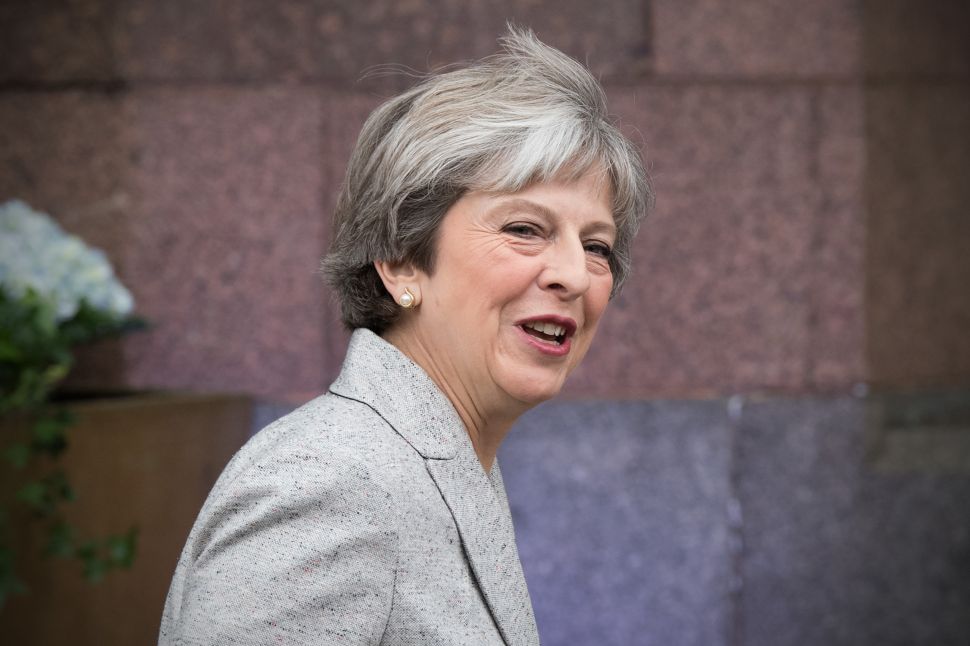